My God, it could be anywhere now. You need to chase O2, it's their responsibility to supply you with the phone you purchased from them. It's not up to you to chase DPD, O2 need to do this.

Yes most suspicious. I had two parcels delivered from DPD today. Birmingham depot. Neither of them were phone sized though...

I’m betting the delivery driver had it away with your phone
Report Content
Message 372 of 461 (2,526 Views)
Reply
0 Kudos

I'm betting it's already been sold on the bay 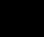 I would consider sales just after the day of release as suspicious.
Leave your candy-colored cans in the toy chest and try a pair of proper headphones.
Report Content
Message 374 of 461 (2,493 Views)
Reply
0 Kudos
Grandad
Level 1: Joiner

So how do you add a carrier to the esim.?

The eSIM functionality is not yet enabled in iOS, it will be available in a future release of iOS later this year. So, even if EE and O2 supported eSIM today, you still couldn't use it in your iPhone XS.

Check this - https://support.apple.com/en-us/HT209044 specifically under "What you'll need:

Like others on here, voting with my feet and after 25+ years with o2 (since the Cellnet days) I'm off to EE

They wew once first or fast to market.  EE have had the Apple Watch support for a year now and I've always wanted dual sim.

02 say they are working hard to enable in the first half of 2019.  Not prepared to wait or rosk that they actually deliver on time.

Get with the times o2

But the XS doesnt support the esim (dual sim) until an update later this year / early 2019 so not sure why you'd jump ship for somat that wont work for upto 6mths.,
Current Phone: Motorola Razr 5g
I also have a Planet Computers Gemini

I don't believe o2 will delivering the first half of 2019, and also because I want my Apple Watch on cellular.

I purchased a series 3 watch a year ago and o2 said they were looking into supporting new products all the time but still dont support it. They are now saying the same thing with the Series 4.

At least by going to EE I can have my watch working NOW and when apple launch esim capablity EE (and Voda for that matter) are already compatible and have the tech, whereas o2 are likely to be saying not yet.

Was a big fan of o2 and I do like them, they were the only ones that had visual voicemail when the original iphone was launched and always seemed ahead of the others. Now they are constantly playing catch up.

We were forced to use the terrible TuGO app for years whilst others had proper Wifi calling. 2 years later and o2 caught up. Not taking that risk any more.

when the original iphone was launched and always seemed ahead of the others. Now they are constantly playing catch up.

See!, O2 and Apple are made for each other.

Customer for 17 years and I am actually going to leave the network now.

Sad time but I can't wait for the apple watch anymore!!

You have had a year 02- very dissappointing