I have received a text from a website called gifvids.club stating I have subscribed and this will cost £4.50 per week. I never saw the original text on 02 September as it was sent at midnight. But this morning I've had another one and when I checked my o2 account they have taken £4.50 each week in September!
I have no idea what this is, ive never seen the website before and I'm so mad!
I've now text stop to the number provided to unsubscribe but there are no available t+C's so I have no idea how much this stop text has cost.

Has anybody else experienced this?

Many thanks in advance.

Have a look at the help here https://community.o2.co.uk/t5/How-to-Guides/Have-you-fallen-for-or-been-conned-into-a-premium-rate-s... and here https://payforitsucks.co.uk/

You will have received s text message from the short code   83463 so reply with the word STOP. There is also  a customer service number to call and ask them to refund you

Why is O2 allowing this charge to stand? It is quite obvious I do not get anything for the money these sw!nes take. Has this been reported to Ofcom? There seems quite a few of these vultures around, I can't believe they can steal my money like that.

We can't believe it either but O2 still seem to be able to sleep well at night!
I have no affiliation whatsoever with O2 or any subsidiary companies. Comments posted are entirely of my own opinion. This is not Customer Service so we are unable to help with account specific issues.

Why is O2 allowing this charge to stand? It is quite obvious I do not get anything for the money these sw!nes take. Has this been reported to Ofcom? There seems quite a few of these vultures around, I can't believe they can steal my money like that.

It's not O2 that is allowing these charges to stand, it's consumers. There are mechanisms for challenging these charges. They do involve a lot of effort, but they have been proven to work. I'm not aware of any consumer who has followed these mechanisms and has failed to obtain a full refund.

Of course, it shouldn't be this difficult to resolve issues with these "services", but that' how it is at present. It is illegal to take money without consent and the law is on the consumer's side. But unfortunately  O2 leave it to the consumer to enforce their rights (in the hope and expectation that they will give up!).

The best approach seems to be:

You can proceed to use the Small Claims procedure to take action against the company. This works well if the company is UK based.

If the company is not based in the UK, or if you prefer to force O2 to take action, you are entitled to refer the matter back to O2 provided you can show that you have discussed the dispute with the third party company.

O2 have provided OFCOM with details of their procedure for this: 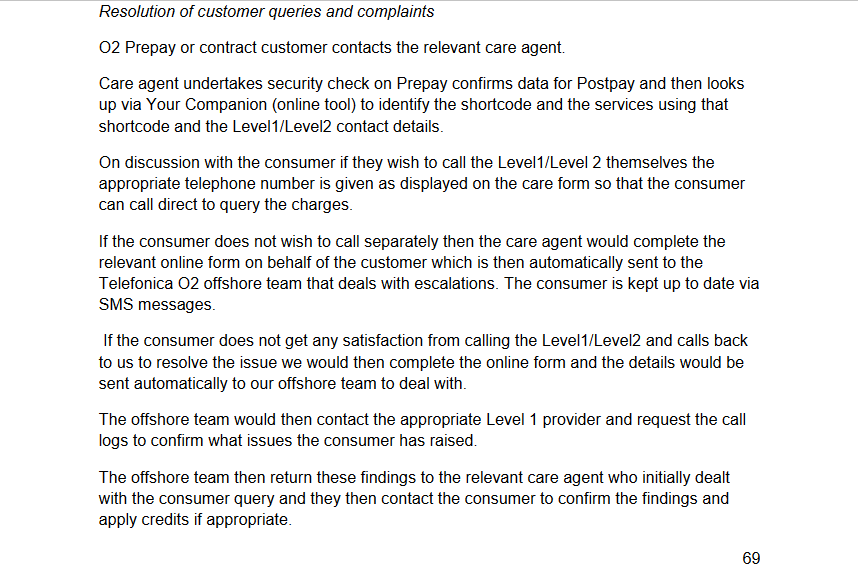 It has to be said that there is not much evidence of O2 following this procedure!

It's also worth reminding O2 of the words on their website regarding "charge to mobile". O2 sometimes try to claim that these are Premium Texts - they are not. The texts carry no charges and are prefixed "Freemsg:" to denote this. Payforit charges are applied directly to your mobile bill (or your airtime credit on PAYG). 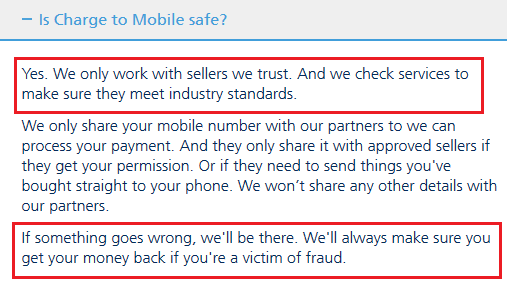 If O2 fail to follow these procedures you should escalate your case and ultimately insist on a deadlock letter. You can then look at either going to the ombudsman, or (better in my view) using the Small Claims procedure to claim your losses from O2 citing their negligence, not just in allowing the fraud to happen, but in failing to follow their own procedures.

Help put a stop to these scams. Join our Facebook Group