I do hope they do release it in more areas, I've got a Samsung Galaxy S6, I've never had to this date 4G+ on my mobile. I would presume it would be in major cities like London?
Report Content
Message 11 of 43 (4,785 Views)
Reply
0 Kudos

There is no map for 4g+ as far as we are aware so wouldn't know.
I have no affiliation whatsoever with O2 or any subsidiary companies. Comments posted are entirely of my own opinion. This is not Customer Service so we are unable to help with account specific issues.

I know this thread is about 4G+ ...I have to say I was pleased to see 4G in Gt Yarmouth this weekend. When I was last there (3 years ago) I was lucky if I got a signal at all. Having said that...it was interesting to see the fluctuations in signal during the journey ....

As far as I can tell there is no roll out planned or at least no announcements I can trace on google, but as per the article I posted before 4g is meant to have a much higher speeds theoretically. I would assume some investment in infra structure is needed so maybe it will happen after all this take over stuff, maybe it is already happening and someone in the marketing department missed the boat.

You're not taking congestion into account.
Plus, theoretical speeds on anything seldom see the light of day

True enough I'm looking at it more from the perspective that 4G+  is not the next stage of 4G rather just the natural evolution of the product heading towards the standard as set out. However, the marketing does seem to posit it as the next step

It appears (from what I have read anyway) that most of the problem is infrastructure, the cell towers are not able to handle the amount of channels and the handsets that would actually be compatible (its something to do with aerials, but no one has put a number on it yet).

We have seen already that in some areas people can get 60mbs, and figures seem to be sparse on what the average a website (which I have never heard of before and so therefore I do doubt its accuracy, but its the only figures I have) claims average 4G+ speeds are 42 mbps. So the evidence would be that O2 already (in some areas) offer the equivalent, they are just not marketing it as 4G+.

So in a nutshell my opinion is that 4G+ is just marketing speak.

I was in the same area today as the above and got 55mb the area is near a uk military base in south somerset the mast is approx 1.5 in from where I did the test and another mast is approx 3km away both were in Line of sight.

While out and about in "town" (Rushden, NN10 area) yesterday I noticed that I had a 4G+ signal, so quickly ran a speedtest...

Not a bad speed really! 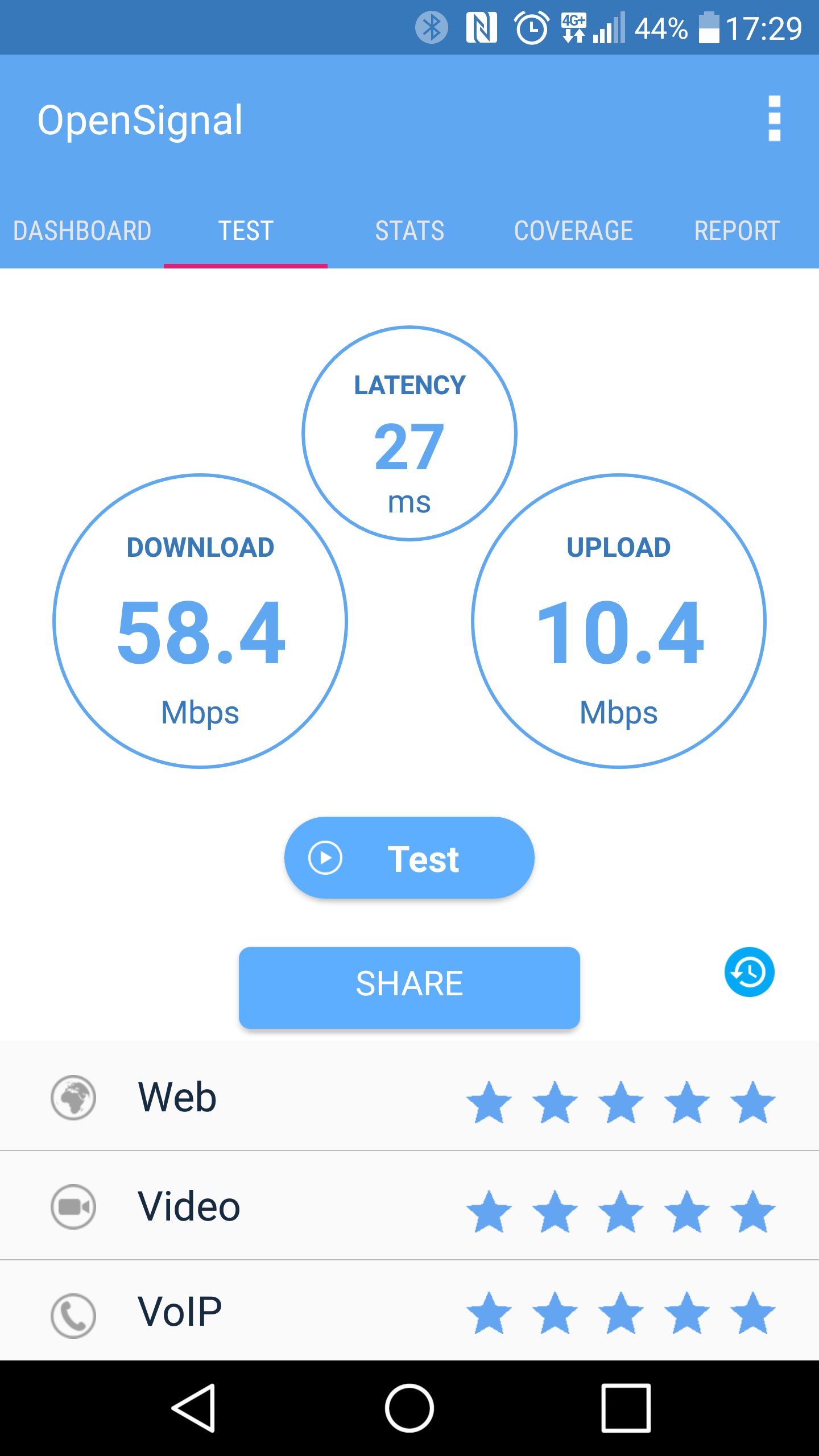