o2 quoted me £388 for my iPhone 11, I accepted the quote and they sent me instructions to send my iPhone to them. The email said 'we can send you packaging to send your phone but this will take longer or print this postage label'

Saturday 12th December, o2 recycle email me to say they haven't recieved my device. I reply to the email straight away with screenshots of the Royal Mail tracking as proof.

They did not respond to my email.

Sunday 13th December, I call the general o2 line and the operator tells me my device would have been delivered to o2 and o2 would then need to send it to the correct department in o2 recycle

Monday 14th December, still no response to my email

Tuesday 15th December, concerned that I have still had no contact from o2, despite Royal Mail confirming it had arrived 4 days earlier, I called o2 recycle. I sat on hold for 2 hours and finally gave up. I called the general o2 customer service number. The first operator told me o2 recycle were NO LONGER OPERATING and then proceeded to put me through to the number, knowing full well no one was on the other end. I hung up and called the o2 general line again. The 2nd operator I spoke to tried to get through to o2 recycle himself and after 30 minutes gave up and said no one was answering and there was nothing else he could do. I requested to speak to a manager, only to be told i had to wait 24 hours for a manager to call me back - I agreed.

Meanwhile, I called the Ombudsman listed on the o2 website. The lady told me I needed to call o2 back and lodge a formal complaint. If my issue isn't resolved after 8 weeks, that's when they then get involved.

Wednesday 16th December (today!) - More than 24 hours have passed and I have not recieved a call back from anyone at o2, despite being told by 2 seperate operators that 2 seperate managers would be calling me.

I tried calling o2 recycle and again sat on hold for another hour, with the same repetitive song OVER AND OVER AGAIN.

I opened a live chat and was told on the live chat by the first operator that o2 recycle were not taking any calls and then sent me the link to the o2 recycle website - which has the same number she told me no one is on the end of!

I was put through to a supervisor on live chat, who did the exact same and said the only way to resolve this was to call o2 recucle and speak to them. I told them repeatedly, in capital letters, that o2 recycle were NOT answering. They said they couldn't help me any further and before I even had a chance to reply, they cut the live chat off and closed it completely.

I called o2 customer services AGAIN and spoke to a lady named Jacqui. She listened to everything I had to say, tried to get through to o2 recycle herself, told me she couldn't get through, put me on hold and spoke to her manager. Her manager told her managers don't have any authority to do anything and that the previous operators I had spoken to should never have told me a manager would call me back.

She has passed my complaint onto the complaints team and I now have to wait 48 hours for them to come back to me.

Has anyone else had this problem? Is o2 recycle still operating?

Either way, why would they agree to buy my phone from me for £388 and get me to send it to them?

Please help, I don't know where else to turn.

I have looked at Trust Pilot and can see a lot of other people over the last few weeks with the exact same issue. O2 Recycle were replying to these reviews up until 5 days ago - I believe O2 Recycle may have ceased trading and have left us all without our money or phones.

I'm so distraught, I was relying on that money for Christmas.

I really hope someone can help.

@Bambino I will try and assist thanks.

@MG06 Sorry to hear you are having issues please be assured o2Recycle have not ceased trading as I have just sent one of my phones in .

Have you got the address you sent your phone to please.

@O2Emma Hi Emma, thanks for your reply.

I sent my phone to the address on the postage label, sent to me in an email by O2 Recycle

Brill @MG06 thats the right address did you put at the top of address o2 Recycle ?

@O2Emma Yes, O2 Recycle was printed above the address on the postage label

@O2Emma Hi Emma, sorry just wanted to add to my previous reply that O2 Recycle have just emailed me right now (a generic email I assume) to say they haven't recieved my device and therefore my quote has expired!

Mine was just received this morning.

I hope they don't lose mine too 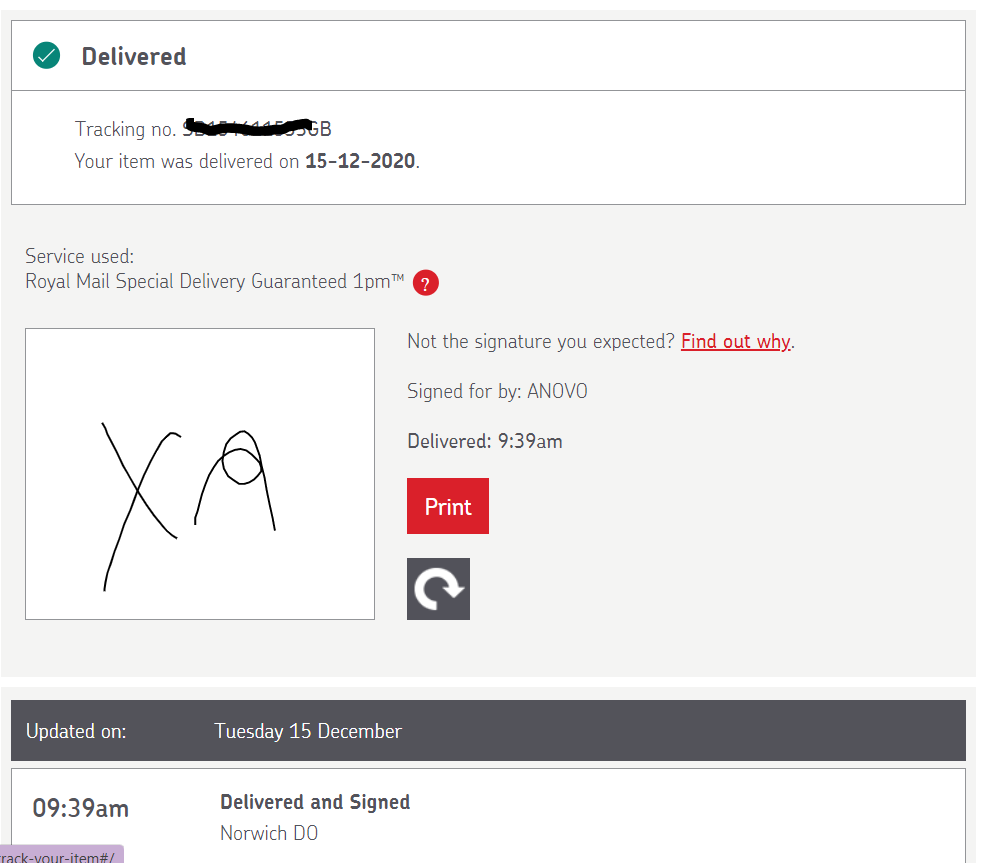