We have some more great news for you guys ;-)

The Sony Xperia Z2 is now up for pre-order too! Head on over here to check out all the tariff and availability details > http://po.st/CeeYGb 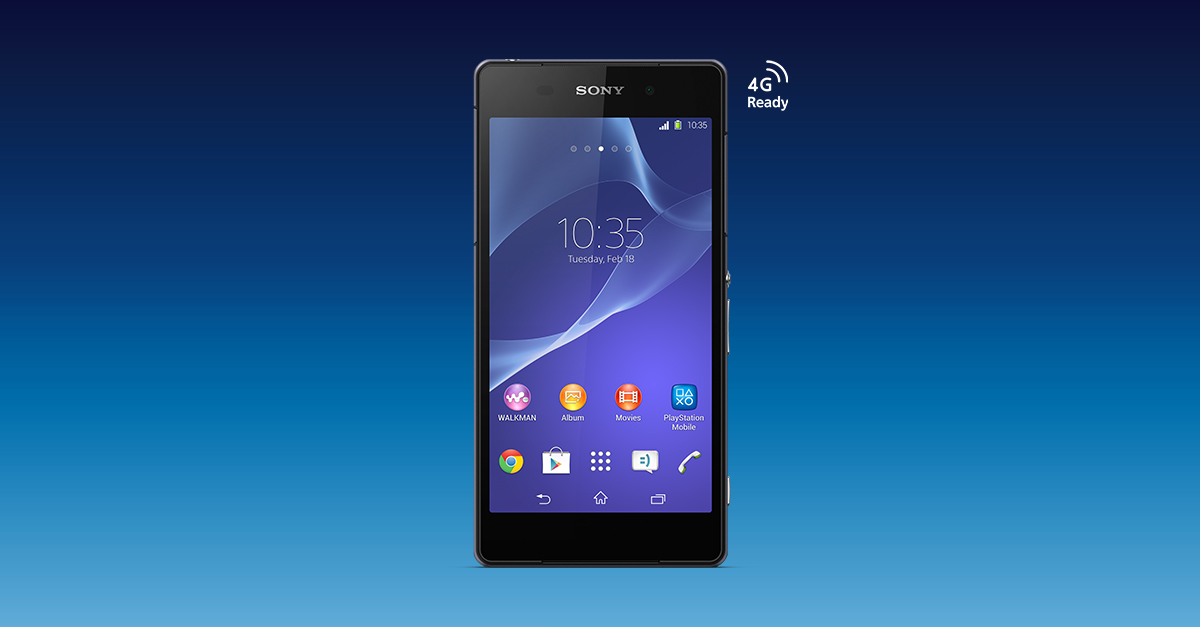 As well as being available on our revolutionary O2 Refresh tariff, you also have the chance to bundle a Sony Xperia Tablet Z for just £99.99, saving a whopping £300! This is an amazing offer and stock is limited. Just to repeat... That's the incredible Tablet Z for a one-off £99.99 when you pre-order the Z2!

Go on, you're tempted right? I know I am... I can almost justify a third handset and second tablet ;-)


UPDATE @ 28th May, 2014 - Q&A section added with common questions being asked, and their answers:

Why is the claim site still up? You said it’d be updated! This is closing on the 29th May.
Although we’ve received 2,200+ claims, a large chunk of these were duplicates or were using false data. As a result, we have not yet exhausted all 2,000 tablets we had available for this offer. As outlined in the offer terms, claims must be made prior to 29th May and as we still had tablets available, the site was left open for last minute claims until stock was exhausted. Although Z2 pre-orders were delivered to many on 1st May, some who opted to collect in store still have not actually collected them, so these customers still have until 29th May to get their claims in and assuming they pass validation, will also receive a tablet subject to stock.

Your terms say I’d have a tablet within 28 days of my claim. Where is it?
Due to  the Z2 launching on the 1st May, we had to wait 2 weeks from this date to begin our validations. The reason for this is because it allowed our validation team to ensure the handset wasn’t returned during the 7 day cooling off period. Unfortunately, due to the amount of claims we received during this first week, it took an extra week for us to get all of the returns data from our systems. Our validations began from 14th May and the 28 day delivery clause began from when you were validated. We apologise if this part of the offer terms was not made clear enough, or caused you any confusion.

Where are you now with claims and Tablet orders?
As mentioned above, we’ve had over 2,200 claims, several hundred of which were duplicates or using falsified data. To date, all claims have now been validated. You should have received an update by text alerting you that we have not forgotten about your claim. Of all validated claims, our team have placed around 500 tablet orders, most of which have been delivered. We have around another 1,300 tablet orders to place against accounts which we expect to be completed within the next fortnight. We are currently looking into the possibility of getting more staff involved in this process in order to speed it up and complete them sooner.

Why have some people received a 4G tablet and mine is Wifi?
The tablet offer has always been for the Wifi-only version, though within our allocation of 2,000 Tablet Z’s, some of these were a 4G+Wifi version. We allocated these 4G versions to the first customers to submit their claim, who subsequently passed our validation checks. For the majority of claims, customers will receive the Wifi-only Tablet Z as advertised – but if you were amongst the first, you could get the upgraded 4G version. Whichever version you receive, it’s worth the wait – we promise.

Which order were claims being validated?
Claims were validated in order they were received - eg, if you were the first to claim, you would have been the first to go through validation. In reality, not all of this has been straight forward as some customers submitted data that didn't match what we had on our systems or the account, so we've had to get in touch with some customers to correct these details. As such validating these small number of claims has taken a little longer than expected.

Why haven’t you been in touch sooner with this update?
Unfortunately the launch of the Z2 did cause us some issues. We were always aware the device would launch during the week commencing 28th April, but it wasn’t until much closer to this date that we got an official UK launch date. This had caused us some issues and along the way, our validations team had run into some unexpected issues which they have worked through tirelessly. Despite this, we can again confirm all claims to date have been validated and weather successful or not, you will receive a text confirming the status of your claim.

Good package....so many choices now when I upgrade!


Good package....so many choices now when I upgrade!

It's a great time to be due an upgrade as there are several new devices to choose from. What are you stuck between just now, and what features/specs are most important to you?

Remember you can go for a shower/bath without fear of getting some water splashed on the Z2 ;-)

The Z2 is definitely near the top of my list.
I look for good strong hardware specs and less gimmicks

@MI5 wrote:
The Z2 is definitely near the top of my list.
I look for good strong hardware specs and less gimmicks

I tend to look for the same to be honest, I don't use many of the gimmicks on a phone. I was stuck between the Note3 and S5 but with the advent of the Z2 and the M8 there are so many viable options out there. Still leaning towards the Note3 as I love my Note2 and the bigger screen.

There again it's possibly only 6 months to for the Note4?

There again it's possibly only 6 months to for the Note4?

My worry with the Note 4 is that it will be full of gimmicks (following the lead from S4/S5) which I will never use and just sit there taking up space and RAM on the phone.

I know it's a bit OTT, but that's the primary reason for me buying the Asus Fonepad, of course for a gimmick free phone with excellent strong hardware specs the Oppo Find 7 has to be on the list too although I doubt either of these will be made available on O2 contracts

Thanx for the news Chris, will definitely be ordering one of these. Any updates on release date or we still looking at 28th?.

I called o2 sales team 3 times today and each time spoke to a different member of staff who each told me the Z2 would be shipped ready for April 14th. Yet the website says April 28th....

I have pre ordered with o2, I just wondered when we're actually getting our devices? It would be nice for Sony or o2 to give us some sort of date and stick to it.


Thanx for the news Chris, will definitely be ordering one of these. Any updates on release date or we still looking at 28th?.

For any pre-orders made now, the device will be delivered as soon as it goes on sale which currently we hope and expect to be the week commencing 28th April. If the date changes it will be reflected on the device page here > http://po.st/CeeYGb

Really would like to hear some more info from O2.

Vodafone, CPW and P4U have all said that they aren't affected by the delays and will be shipping the phone next week, O2 haven't given a set date they have stock for yet.

It seems every O2 member of staff is saying a different day. It would be nice for O2 to speak out and give us a firm date. Makes me consider where I should buy the phone. If I should cancel my order and buy elsewhere, I need the phone ASAP, or at least a release date.