It's movie discussion time again! Before we get on to this months cinematic offerings did anyone manage to catch anything from last months discussion?

First up in July is Spiderman: Far from Home which I caught in the cinema last week. The story follows Peter Parker on a summer trip across Europe and his struggle with balancing his secret identify with his love life. 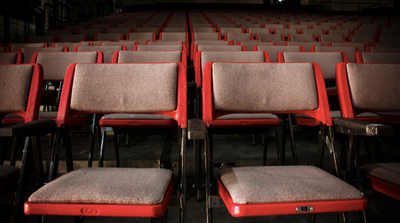 Quentin Tarantino's new flim, Once Upon a Time ... in Hollywood looks interesting and covers the final years of Hollywood's Golden Age in 1969 Los Angeles.

Next is Stuber, a comedy based around a detective with vision problems teaming up with his Uber driver to tackle crime. Not the usual film I'd go for but it stars Dave Bautista who's really impressed me recently so I'll be giving this one a look.

The new verion of The Lion King could be interesting and a new action movie called Point Blank staring  Anthony Mackie and Frank Grillo looks good!

What movies have you recently seen and would you recommend them to the community? Are you looking forward to anything coming out this month? Let us know down below.

I presume Point Blank is a remake of the movie starring Lee Marvin in the late sixties? Or maybe the french film also named Point Blank about ten years ago? Anyway, it's one I would like to see. Yet to catch up on Spiderman but my son saw it in Berlin last week and enthused about it.

Spiderman Far From Home is one that particularly I interests me @Martin-O2. Am a Spiderman fan.

I've seen trailers of Stuber and the stars of the film appeared on Ellen DeGeneres talking about the film. The premise sounds funny and the trailers I've seen make it a possible watch.

Am also a fan of Quentin Tarantino and What's Upon a Time in Hollywood is a definite must see, both as a Taratino film and the subject matter. Could be very interesting.

I would be interested in Point Blank and Spiderman @Martin-O2 , though will probably wait till they come out on DVD...

Midsommar was a surprisingly good film, not a horror film in the usual sense, but it had its moments that’s for sure.

Midsommar was a surprisingly good film, not a horror film in the usual sense, but it had its moments that’s for sure.

I heard good things about Midsommar as well. Although they really exaggerate the Nordic element of the village and people apparently, but maybe that was intentional too, to highlight the style and atmosphere?

I hope I get some time arranged to go see this one, as well as the new Spider-Man.

Anonymous
Not applicable
In response to Marjo

Yes, Midsommar was a bit surreal, and there were a few moments that made me smile. It was written and directed by Ari Aster, who also directed Hereditary (I haven’t seen that film, but it’s also got a lot of good reviews).

Spiderman was good (mentioned in the MCU thread elsewhere).
Not sure if I am going to see anything else this month.
The trailer for the Fast & Furious spin-off, Hobbs & Shaw, looked really good (out next month).
Have also liked (read, been scared by) trailers for Itsy Bitsy which is also out in August.

@jonsie According to the Wikipedia page Point Blank is a remake of the 2010 French version. Have you seen it?

I'd definitely recommend Spiderman @Glory1. It's a solid Marvel movie and I really like how they're developing the character.

I'm hoping to catch What's Upon a Time in Hollywood at the cinema over the next few weeks so I'll let you know what I think.

@Cleoriff  Point Blank will be on Netflix so you won't have to wait too long for that one!

Thanks for the recommendation @Anonymous! Midsommar looks really interesting!

The Fast and Furious movies are a lot of fun @gmarkj although I have no idea which order they should be watched in!