@Mi-Amigo That's my traditional way of making soup too, although I'm now trying to get used to some additional cooking options/skills. I know how to make cabbage soup actually but it's such a specific kind of taste that it's not something I want to make often! Now that we're getting into the colder season it does sound good though.

I also like mushroom soup by the way - cream of mushroom!

@liggerz87 I can totally imagine that!

@Cleoriff I like leek and potato soup with some seeded bread! Like what @Mi-Amigo said, it's been ages since I had it too. Always from a can and microwaved but it must be delicious home-made. Same with stilton and broccoli @MI5 ! It's strange as I really don't like that type of cheese, but in this soup it's amazing. 🤤

@JAZZ-trad Celery soup stood out from your list! How is that made - is there only celery in it?

@Anonymous I tried to think back but I don't think I've ever tasted oxtail soup as far as I remember!

This is very nice soup @Marjo

Yes there is celery in it.

Campbells make it ~ it's lovely 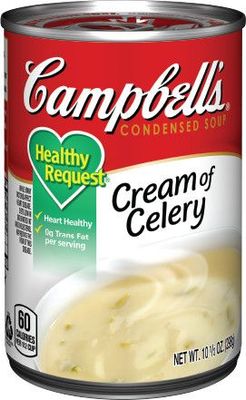 It is quite different full of taste. 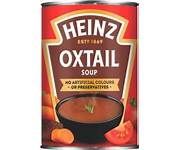 Hi @Marjo
I think there is potato in the celery soup but it's not noticeable as the main taste is definitely celery.

@Anonymous Oh yes pea & ham soup from your list, one of my all-time favourites since I was a child.

In Finland (what about here in the UK?) we sometimes put mustard in it.

I've also chopped small pieces of onion and mixed them in the soup when heating it up.

After Christmas, my mum used to make ham & pea soup from scratch, using the leftover ham from the Christmas meals. (we had ham instead of turkey) It was delicious!

So there seems to be two soups I haven't tried so far: celery soup and oxtail soup! Cheers for the ideas. And according to many of you, it will be great with some crusty bread of course!

This soup should be in most supermarkets @Anonymous Tesco sell it. Campbells cream of celery, you may not have noticed it.
Report Content
Message 18 of 39 (1,546 Views)
Reply

Thanks @JAZZ-trad for mentioning celery soup, which I hadn`t heard of before. I do like celery in a salad in the summer, so I`ll add it to my shopping list and ask my carer if she can track it down. If she`s successful and after I`ve tried it, I`ll let evryone know what I think.

Hi @Mi-Amigo
I hope you enjoy it. It makes a nice change. Look forward to hearing about it later.
Report Content
Message 20 of 39 (1,536 Views)
Reply