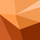 Phone order placed on 30/12/2021.  I changed my mind and cancelled it by phone later that same morning.  O2's customer service advisor stated that it was cancelled but in the very unlikely event it was delivered, I should refuse to accept the delivery and the phone would be returned to O2 and I would be refunded.

This is indeed what happened, however, instead of receiving my refund, it looks from the DHL tracking number  that delivery was re-attempted on the morning of 4/1/2022 (unsuccessfully) and the order-status is now showing on MyO2 as ‘Complete’.

Can't contact O2 without being cut-off either immediately on getting through to someone, or being 'transferred' and then being cut-off whilst on-hold.  Customer 'service' is absolutely pathetic and I don't believe that the advisor I initially spoke to on 31/12 even bothered to attempt to cancel my order.

I haven’t accepted the delivery of any phone from O2.  I advised the courier that it was a cancelled order that shouldn’t have been sent, and that it was to be returned to the sender.

What’s going on at O2 and where’s my refund?

The order will probably not have got back to o2 as yet, and a refund can take upto 14 working days to be processed back to you.

The order will probably not have got back to o2 as yet, and a refund can take upto 14 working days to be processed back to you.

Well I eventually got through to customer 'service'.  I doubt that the initial advisor I spoke to on 30/12/21 has bothered to cancel the order like he said he would.  After seemingly winging its way back to O2, there was (according to the tracking) a second attempted delivery to me on 4/1/22. The latest update on DHL's UK Mail tracking page is that the phone is (was?) at the delivery depot at 08:38 on 6/1/22.

The guy I'm just off the phone to at O2 kept saying "I'm not saying anything, but... ", and mentioned that O2 have fulfilled their end of the deal by sending the phone.

But what?  If he's got a point to make then he should make it.  It was like he was thinking I had the phone and was trying to pull a fast one.  Well I haven't and the tracking info that I have screenshotted backs this up.

O2 can't absolve themselves of any responsibility for what happens to the phone when THEIR contracted courier has it.  I cancelled my order in plenty of time so that O2 wouldn't even need to send it out, but they sent it regardless, presumably hoping I'd just take it.  Both customer service people I've spoken with on the phone seemingly don't have a clue what's going on.  I was told to leave it another 2-3 days and see what happens, but also was directed to contact DHL.  Fat lot of use that is.  DHL won't give me any details on where the package is as I'm not their customer; O2 is!!!

I'm going round in circles.  Soooo glad I cancelled my order if this is the service O2 provide.  Think I'll just send a letter to O2's head office and see if they can sort it out because customer service is hopeless.  Might come to a bank chargeback if they can't sort it properly.

CRA states refund must be made within 14 days (of product being received back), not 14 working days.  Day 14 today and unsurprisingly no refund.  Fortunately my bank will be much more helpful when processing it as a chargeback.

I have the same problem, but I had to submit a complaint to the Ombudsman Service because they cheated me twice in the chat, and they still did not give me my money ...

I have been known to take the more direct approach with companies that can't get their act together.  Happy to leave it another week or two, but I wonder how quickly it would be resolved if I U-locked the doors of my local O2 store (early, before staff arrive) on what would be a busy Saturday?