I thought it would be nice to observe, commemorate and even celebrate that today is Windrush Day. It was first introduced in 2018, on the 70th anniversary of the Windrush migration. It was instituted following a successful campaign led by Patrick Vernon 👏.

On 22 June 1948, 492 Caribbean people were brought to Tilbury Docks, Essex, in the UK, on the Empire Windrush ship. News reports at the time reported that the number of people was 492, but the ship's records show that the ship was carrying 1,027 passengers. According to the passenger lists, 802 of those on board the ship gave their last country of residence as somewhere in the Caribbean. After World War II, the United Kingdom's economy needed to be repaired. To do so, the British government recruited Afro-Caribbean migrants and offered them jobs. These jobs included the production of steel, coal, iron, and food, and also jobs in the service sector, such as running public transport and staffing the new National Health Service in the United Kingdom.

The first Afro-Caribbean immigrants in the United Kingdom were faced with extreme intolerance from the majority of the white population. Although Afro-Caribbean migrants were encouraged to settle in the United Kingdom and take up employment to relieve the labour market by the authorities, many early immigrants were denied access to private employment and accommodation because of the colour of their skin. Black people were also banned from many pubs, clubs, and even churches.

To add to the second paragraph, I know of, which I'm sure many others do, a significant example of these Afro-Caribbean migrants being rejected for work. The Bristol Bus Boycott of 1963 arose from the refusal of the Bristol Omnibus Company to employ black or Asian bus crews in the city of Bristol, England.

Led by another brilliant campaigner and youth worker, Paul Stephenson, and the West Indian Development Council, the boycott of the company’s buses by Bristolians lasted for four months until the company backed down and overturned the colour bar.

Patrick Vernon was the first to call for the commemoration of "Windrush Day", to recognise the migrant contribution to UK society, on the day when the first big group of post-war migrants from the West Indies arrived in Britain.

Vernon first launched a petition to this effect in 2013, which was followed by a further campaign in 2018, at the height of the Windrush scandal. Official backing was given when it was subsequently announced by the government that an annual Windrush Day would be celebrated on 22 June, supported by a grant of up to £500,000, to recognise and honour the contribution of the Windrush Generation and their descendants and to "keep their legacy alive for future generations, ensuring that we all celebrate the diversity of Britain's history." 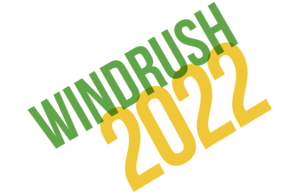 The annual grant would have been rewarded to numerous communities across the UK, to help launch projects like art lessons, public celebrations, community activities or developing the educational and entrepreneurial skills of young people from Britain’s Caribbean Community and their peers.

So, my suggestion would be, is to have a search online and see what your local communities are doing to celebrate Windrush Day. Hopefully, there's something nearby or even online that everyone can participate in.

Are members doing anything to celebrate? Any personal histories to share? Stories you know of or experiences? I, and I'm sure other community members, would love to read below 😊.