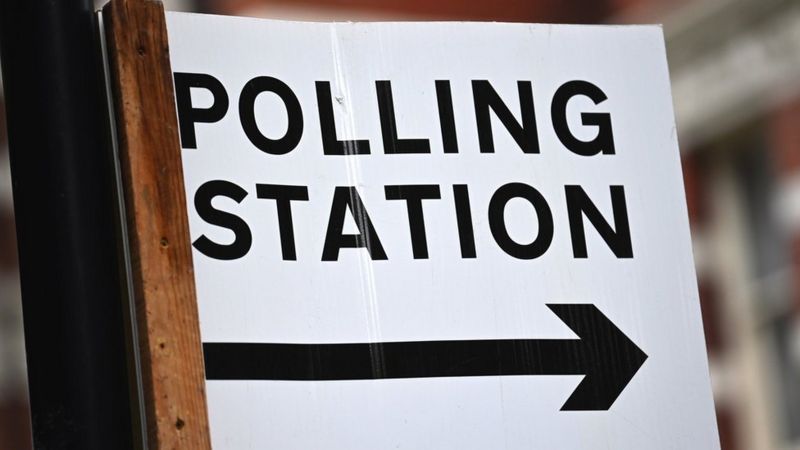 Hi all! I thought I would do a short post about the local elections that are happening today (Thursday 5 May) in the UK 🇬🇧.

Voters in England, Wales and Scotland will pick who they want to run services that affect everyday life in their local area. People in Northern Ireland will be choosing their new government.

Who is being elected?

What issues are being voted on?

In England, Scotland and Wales, it will mainly be about local issues. From bins, bus routes and potholes, to providing mental health services and tackling climate changes.

Many people take this opportunity to give their opinion on the performance of parliament political parties too. I've seen forecasts that the Conservative party will lose over 200 seats and Labour will gain 150, for example.

Since 2003, the Democratic Unionist Party (DUP) has been the largest party in the national assembly, followed by nationalists Sinn Féin. This time, Sinn Féin may come out on top. There are 90 seats up for grabs in the Assembly. As well as local, international and national issues will be on voters' minds.

Other bits and bobs

I'll be voting in London for the first time today too. Any opinions or thoughts you want to share, please do so below. Just, maybe, keep it light 😉. Hope this wasn't too boring of a post 🤣😴. Cheers!

I voted today though in reality, there's no policies just "personalities" with the council. Actually voted for the reason of at least I can moan about the council as I voted.

Unlike the 60% who don't vote in my ward - electorate of around 4600 - which is a shocking number considering these elections have a major impact locally. Last election we had a grand total of 3 seats for 4 candidates - 2 went to Plaid Cymru and the other an independent (topped the voting list) whilst the losing Labour candidate only sign of existence was a sign in a garden which happens be next door to the polling station.

This time, we don't have 4 candidates, we have 11 going for the same 3 seats! 3x Plaid, bizarrely 3x Conservatives (who have actually made an effort all across the wards), 3 independents and the oddity of a Green party candidate and an even rarer new entrant of The Heritage party. Labour opted not to bother in quite a lot of wards on Anglesey. How this one turns out is going to be very interesting especially as one of the Plaid candidates is the current leader of the councils.

I'll just say its good to see, at least in my ward, there is more choice to vote for though the real test will be in how the council forms its pacts in the next few weeks as in the past its not exactly been er, great (Part 1 & Part 2) and that's before you get the corruption scandals! Which is probably why nobody votes in council elections.

And Northern Ireland uses the Single Transferrable Vote, a form of Proportional Representation - so with about 14 candidates on the ballot sheet, and 18 different districts, you get to vote with 1, 2, 3, 4.... This makes counting somewhat convoluted, and that starts today and could well go on into early next week in some areas. With about 54% turnout as of 21:00 last night, it seems like half the population either did not bother, or may have voted postally (eg, there was a Rangers match in Glasgow, against Leipzig, yesterday, so chances are many of the Unionist voters, the typical Rangers supporter, from some areas may have been in Glasgow cheering on their team).

Counting starts here at 9am...

No votes in my area, so nothing to report here!

I enjoyed casting my vote yesterday. The polling station was in a local church that I walk by every day. All the people running it was lovely. I'm from a Labour stronghold myself, @sheepdog, so I'm interested to see if there's any turn of the tide there! A lot of younger people have moved onto Plaid Cymru.

Very interested to see what happens in NI too, @pgn. I wonder if the DUP will agree to power-sharing if Sinn Féin wins. Always love to see a more proportional form of voting too 👍.

Keep us posted, @gmarkj! Looks like Labour has done alright, Conservatives badly, but surprisingly (for me anyway), Lib Dems and Greens pretty good too.

Sorry for not being clear @lewys-gp - I meant no voting as in, no elections!

Quite a good tracker here, for the Assembly election in Northern Ireland:

Sinn Féin did end up getting a majority then, @pgn! But, looks like there was a rise for the moderate parties too. With a high turnover, maybe people in NI don't want unionists versus separatists to dominate the political landscape 🤔. Will try and catch a podcast or two this week for further analysis.