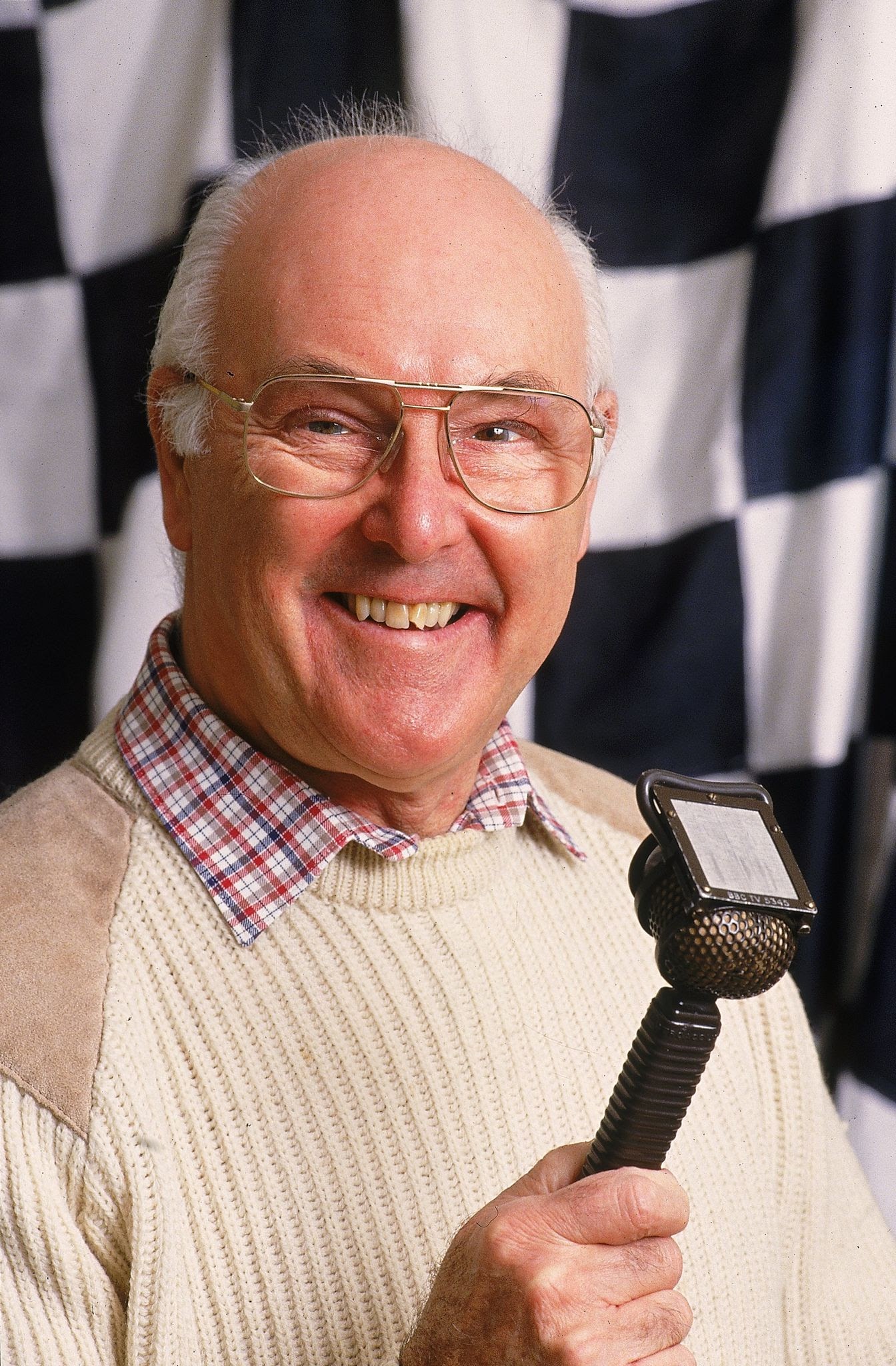 Just heard this really sad news. Over the years he WAS the voice of F1.

R.I.P Murray, you were a true legend.

F1 commentary was never the same for me when Murray retired

So many tributes to the great man, including this very poignant one from the Williams team. 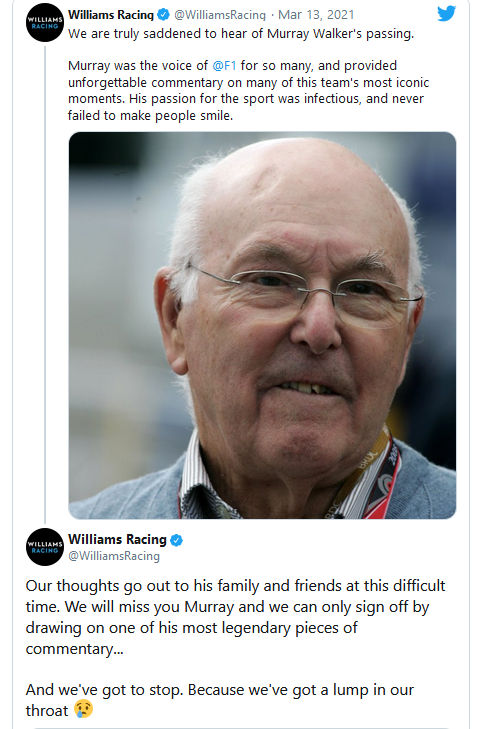 Whilst Murray had a great passion for the sport, he also got over excited at times and made some funny comments which were known as Murrayisms.

In his memory and because he laughed at himself, here are just a few...

"There's nothing wrong with that car except it's on fire"

"Mansell is slowing down, taking it easy. Oh no he isn't IT'S A LAP RECORD."

"This is an interesting circuit, because it has inclines. And not just up, but down as well."

"The lead car is absolutely unique, except for the one behind it which is identical."

"The most important part of the car is the nut that holds the wheel."

"I know it's an old cliche, but you can cut the atmosphere with a cricket stump."

"Tambay's hopes, which were nil before, are absolutely zero now."

"And there's no damage to the car. Except to the car itself."

"That's the first time he had started from the front row in a Grand Prix, having done so in Canada earlier this year."

"Here in Malaysia, it doesn't rain here by the bucketful, it rains by the ocean."

"How you can crash into a wall without it being there in the first place is beyond me!"

"Excuse me while I interrupt myself"

"And the first five places are filled by five different cars."

"Frentzen is taking, er, reducing that gap between himself and Frentzen."

"Villeneuve is now twelve seconds ahead of Villeneuve."

"I don't want to tempt fate but Damon Hill is now only half a lap from his first Grand Prix win and… and HE'S SLOWING DOWN, DAMON HILL IS SLOWING DOWN… HE'S... HE'S STOPPED!"

"This has been a great season for Nelson Piquet, as he is now known, and always has been."

"Only a few more laps to go and then the action will begin. Unless this is the action, which it is!"

"I can't imagine what kind of problem Senna has. I imagine it must be some sort of grip problem."

"He's obviously gone in for a pit stop. I say obviously, because I cannot see anything."

"And the first three cars are all Escorts, which isn't surprising as this is an all Escort race."

"He is exactly 10 seconds ahead, or more approximately, 9.86 seconds."

"That's history. I say history because it happened in the past."

"As you look at the first four, the significant thing is that Alboreto is fifth."

"He's the only man on the track, except for his car."

"You might think that's not cricket, and it's not. It's motor racing."

And Michael Schumacher is actually in a very good position. He is in last place."

God Bless you Murray. The F1 paddock on the final day of testing in Bahrain, is paying tribute to the great man.

Murray was the voice of Formula 1.

Thank you @Cleoriff for a sample of the quotes from the great commentator.

Saw this over the weekend.
Very sad news for a much loved man.
RIP.