That penalty for Verstappen is just a leveller for Hamilton's penalty at Silverstone.

Both incidents were just racing imo, the sausage kerbs were to blame if anything.

Anyway each to their own opinion cos I don't think it was a racing incident. I think Max was furious at his delayed pit stop and no way was going to be behind Lewis, hence his stupid arrogant move.

Enough of that. I think Red Bull will take the engine penalty in Sochi, seems the sensible thing to do?

Absolutely delighted for McLaren and mature of Norris to obey team orders to hold station. Lovely to see Danny Ricc's delight and smile. 😂

Again, a picture showing the benefit of the halo. Pretty disgusting of Max to walk away without checking Lewis was OK!!! 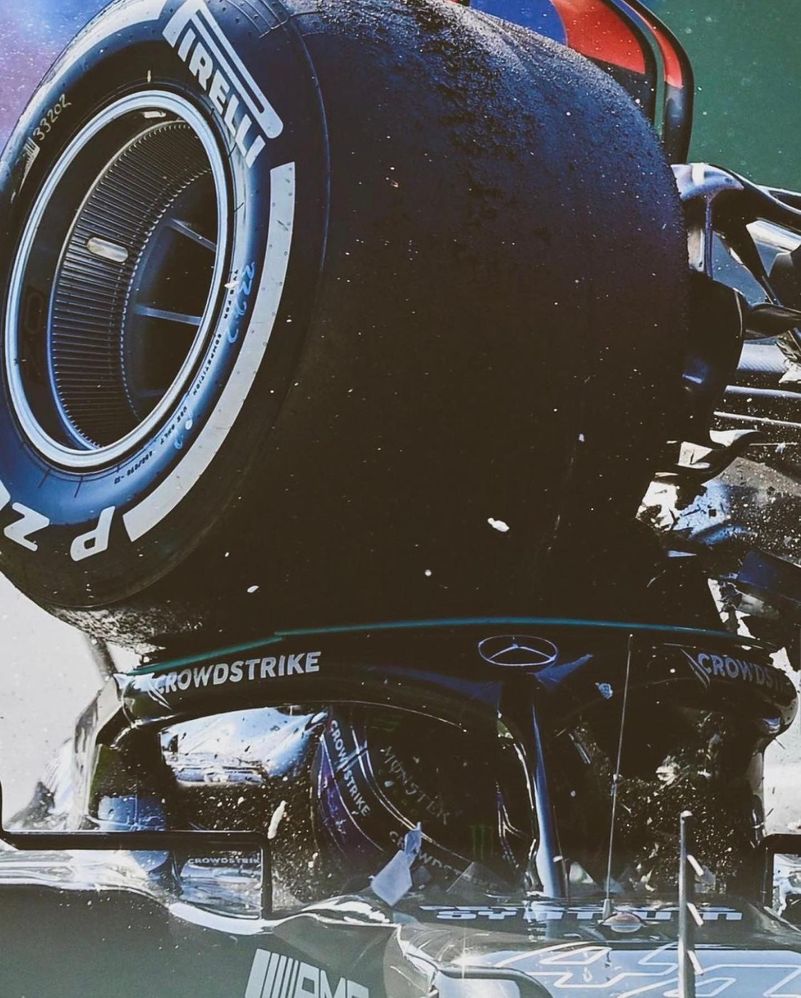 @Cleoriff After watching the highlights on CH4, I'm pretty sure I can see a slight nod from Verstappen towards Hamilton as he walks past the Mercedes, and then an slight nod back from Hamilton in acknowledgement.

It was odd though, didn't see the medical car arrive on the scene, it's usually there in seconds.

Missed your last comment @mm7000gb. Apparently Lewis radioed in to the team that he was ok and so walked back to paddock. Unlike Max, he didn't walk on track though. Anyway it's Sochi this weekend and no news as to whether Max will take a further grid penalty by having a new engine. He already has a 3 place grid drop so this would be the ideal time for him.

I just hope these two don't come together again this weekend. 😣

Sochi is usually a Merc track so I'm keeping my fingers crossed that it remains kind to them this weekend!

@Cleoriff Yeah looking forward to Sochi, hopefully a good race. Earlier times for all the sessions and race start is at 13:00.

Interesting happenings for Sochi. Ferrari will debut it's updated hybrid system on their power unit this weekend. Only on Leclercs car so he will take a grid penalty and start at the back.

Also Honda have admitted they brought forward their 2022 Energy store upgrade for this year in an effort to beat Mercedes. (No word on any engine change for Max re Sochi)

Roll on tomorrow to see what's what. 😂 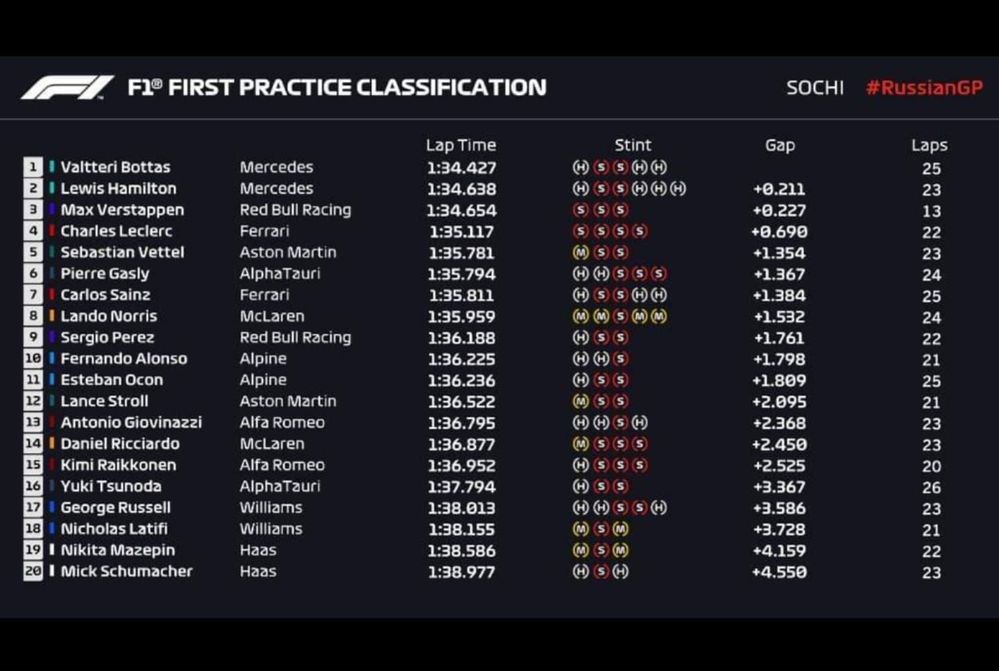 Max sat in the garage for ages after everyone else. When he came out wasn't happy with the car.

Max Verstappen will start at the back of the grid with an engine penalty.

P3 was cancelled due to a serious lightning storm.

It has now stopped and as long as the helicopter can take off and the rain stays to a minimum we will get qualifying.

So Lewis leading Q1&2 then Q3 goes into pits to change tyres for last flying lap, brushes the pit wall and with 4 mins to go they have to change front wing and tyres. Bottas waiting for tyre change to slicks.., Both go out, can only do one lap. Lewis cant get tyres up to temp so spins on track and stops Bottas getting his fast lap in  and both lose out! Unbelievable!!