I thought he was a 'new kid on the block'. Never saw him posting when I joined.

Funny thing is, tomorrow's the 24th anniversary of the day I and the now Mrs pgn wed - I wonder what drove me to sign-up to O2 on the eve of our 16th?

Now that reminds me, going to have to go make a card this year, as cards are non-essential, and a bunch of flowers is out of the question in these lockdown times

Funny thing is, tomorrow's the 24th anniversary of the day I and the now Mrs pgn wed - I wonder what drove me to sign-up to O2 on the eve of our 16th?

Now that reminds me, going to have to go make a card this year, as cards are non-essential, and a bunch of flowers is out of the question in these lockdown times

Cop out cop out. Many florists are still delivering and a card CAN be bought when doing other shopping. Just give me Mrs PGN's phone number and I'll let her know of these important matters.

You joined a week after me 😁

You joined a week after me 😁

He may have done. Still didn't post anything though! Pffftttt.

Thank you all, @Cleoriff , @TallTrees , @MI5 - I think I joined to get an answer to something-or-other, can't even remember what phone I had way-back then.

My Spotlight shows I got worked-up about VAT invoices 2 years after joining, in 2014:

I remember not being able to post new queries, just answers/responses on others' threads, as I refused to let go of the moniker "pgn" in favour of using my e-mail address after some update to "improve the forum" interfered with such things.  Later they "fixed" that a little, and I gave in and selected that "update my details now" prompt to use my e-mail address on the forum.  Probably was @Toby who chipped in and said "change or forever be sentenced to answering queries, but not creating new material".  Now look: a guide to finding your number that has garnered more hits than any guide, and a guide to MyO2 that @Marjo kept telling me was going to be the bee's knees (no offence, @TallTrees !) and lo, it was published amidst a flurry of changes o MyO2 app and web interfaces

You know you've made it when you appear on somebody else's YouTube channel, yes, you @viridis , and your "Game of Phones" video.

And the (relatively) new kid on the block, @Mi-Amigo , started his infernal quizzes, and, well.... the rest is history.

Speaking of history, I must signal how sad the Community was when we lost one of the members, not an outspoken one, but one who always spoke softly but with authority, tenderness and the experience of years, Glory1.

Last but not least, the one I rarely read from but who crops up at unexpected moments, @Cairdeas - someone who hails from a part of the world I lived in for almost exactly 10 years decades ago, Alba, Scotland, and there began my love affair with (early) Runrig, Capercaillie, The Proclaimers, Scotland The What, whisky generally and munroes (who knows what they are?).

Many others, too numerous to mention, but I feel I "know" you - the Community *is* just that: a playful, bickering, supportive cooperation of individuals who give freely of their time, experience and knowledge here for O2, encouraged occasionally by the ever-changing board admins, including those silent watchers who'll go in and zap something you wrote in a fit of pique, just to keep us all on the straight and narrow. 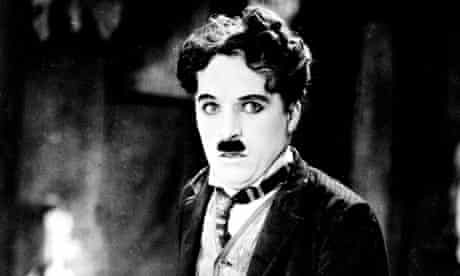 (PS. There are 10 types of people in the world: those who will understand my hope above, and those who won't!

Always lovely to hear from you.

Congrats on 8 years on here 😘xx