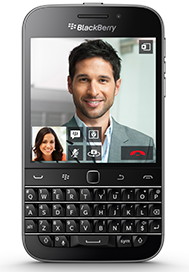 Full specifications can be found here

First Impression: On unboxing the phone the first thing to notice is how solid the device is and how much heavier it is than my Z10 that it replaces(178g vs 136g).  The corners are nicely rounded and the textured back gives a secure feel when holding it. Of course the other thing that is immediately  noticeable is the return of the "tool belt" above the keyboard which will be familiar to users of older pre BB10 Models. This consists of the call button, menu button, track pad, back and end call buttons.  The keyboard itself has the sculpted keys familiar from the earlier Bold series, though it is considerably larger than the 9900 ,though it is considerably larger than the 9900, so is comfortable to type on, and is backlit when in use. 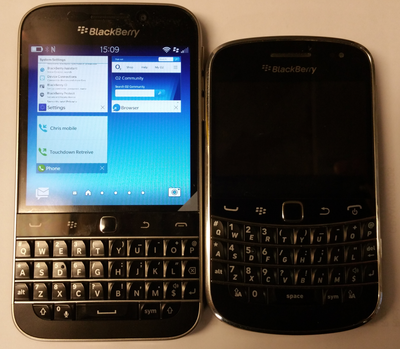 Display: The screen is square with a 3.5” diagonal that equates to about 2.5” along each side. Resolution is 720 x 720 at a density of 294ppi which though lower than the Z10’s 355ppi is still very clear and bright and is protected with Gorilla Glass 3.

Performance: The processor is the same Snapdragon MSM 8960 as in the Z10 clocked at 1.5 GHz and the same Adreno 225 graphics chip. It has 16GB internal memory and can be expanded with µSD cards up to 128GB. This gives the device a snappy response despite the older chips used.

The dedicated (micro) HDMI port has been removed in favour of using Slimport which is somewhat disappointing as it is not MHL compatible, so neither my existing micro HDMI cables nor my adapters for the Galaxy Notes will work.

Power: The 2515mAh battery, as said, is non removable but in normal use lasts for two full working days with power left over, no doubt a result of the lesser screen size. Charging is via the ubiquitous micro USB port which shares functionality with the Slimport. There is no Qi or other wireless charging.

OS and Apps: Blackberry 10.3.1 operating system is installed. This has the Amazon app store installed alongside Blackberry World and apps from that store no longer require adjusting the “Allow apps from other sources” setting. The only O2 apps in BlackBerry world are Priority moments, O2 tracks and O2 Matchday. The MyO2 app is in the Amazon app store but the MyNetwork app is not, so it was still necessary to sideload Snap (insert link) for Google Play store apps.  Apps that are not from Blackberry World are inspected for known malware and you are notified on the installation screen, though some apps may report as not inspected when installed immediately after download.

Disappointingly several of the Blackberry 10 apps I have installed on the Z10 are not available for the Classic, though they show as being available for the Passport. Fortunately they have Android versions installable through Amazon or Snap, though Play Store versions may require Google services for full functionality so will not necessarily work as on Android.

Of course it has the Hub which all Blackberry 10 devices have to aggregate all means of communication in one place. This can be accessed using the familiar swipe gesture on screen, via the dedicated icon or by pressing and holding a shortcut key. In fact each of the letter keys can be assigned as a shortcut except the W/1 key which is locked as Voicemail. Some are preset such as launch browser, help or settings - others available include compose a message, launch an app, dial a contact or switch profiles.

Hub items can be filtered by criteria such as 'unread' by a pinch gesture in common with other Blackberry 10 devices. The familiar gestures for previous or next messages from the all touch Z10 have been removed in favour of keyboard shortcuts P(revious) and N(ext) along with F(orward), R(eply), T(op) and B(ottom) etc.

The 10.3.1 OS also has Blackberry Assistant which has a similar ethos to Siri, Google Now or Cortana. It is an enhanced version of the previous voice control enabling hands free response to emails or other types of messaging or setting scheduled events.

Also included is Documents to Go, a File Manager with built in access to Dropbox or Box, Remember - an app related to and integrated with Evernote, the usual social media apps and the new Blackberry Blend which allows access to your Hub items on a PC or Tablet via a companion app.

Camera: The rear camera is 8MP autofocus F2.2 capable of 1080p video at 30fps with stabilisation whilst the front  camera is 2MP.

A couple of examples: 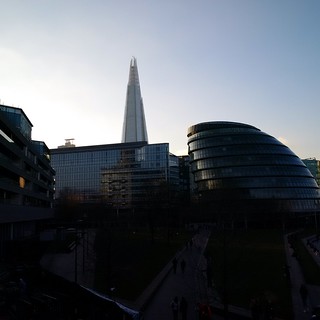 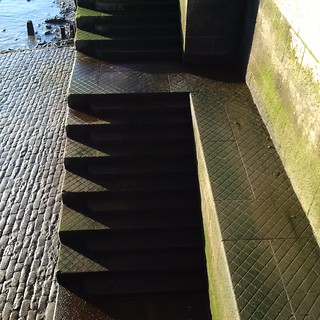 Phone: As a phone, the call quality is good, having three microphones to aid noise cancellation. Connection to my car's Bluetooth was easy giving access to Blackberry Assistant, phonebook display and music through the stereo whilst at the same time displaying a logo on the phone screen which also has the effect of blocking physical access to instant response to notifications, no doubt a road safety feature. The notifications are of course accessible through voice commands as are replies though in a moving vehicle the road noise can be a problem.

On the subject of notifications these can be set with different tones for different accounts or individual contacts as can the LED alert colours.

The phone also has a built in FM radio which I don't use,  and GPS for navigation with the built in maps or for location services. NFC is also present along with an app for reading and writing tags.

I am keeping the phone in a Blackberry Pocket case which in common with previous Blackberry cases, shuts off and locks the phone when inserted but the notification LED is visible at the front.

The big question now is whether to keep this phone or stick with an all touchscreen device particularly as the Z10 is now on the same OS version. As of now I'm undecided.

Brilliant job @aldaweb  Enjoyed reading this and thanks for the pictures.

Great review @aldaweb ! All the things that were making me a bit unsure about getting the passport and not waiting  for the classic to come out are now in the past! Based on your review (my humble opinion) I think you might be better off in getting the passport... the only thing I struggle with is the size but have baby hands...they are small even for a woman, you would probably be fine! Try it out instore! And with the new software they got rid of all the little annoying things and it's even faster than before.

Brilliant job @aldaweb as ever

The OS/App section is really useful for prospective buyers.

Anonymous
Not applicable
In response to Toby

One of the things I really miss about having a BB is the LED alert colours, very useful for notifications.