Having used Blackberry 10 OS and also WebOS I see a lot of similarity to the swipe version of iOS on the iPhone X, the swipe up to open or go to home screen and the half swipe up to the app switcher from both the above, the swipe along the bottom between apps reminiscent of the Playbook OS, along with a tap to wake from the Android world. I find its use much more intuitive than previous iPhones.

I thought I would miss the fingerprint reader, but face unlock only seems to fail when laying flat on the table but is unlocked as soon as the phone is picked up. It even works in the car cradle I have set lower and to my left as long as I glance down, important as I need to be able to switch between music or audiobooks and calls (I have Do Not Disturb whilst driving turned off or it would interfere with my work.)

I haven't had a chance to use the camera in anger yet though what I have taken does not disappoint. 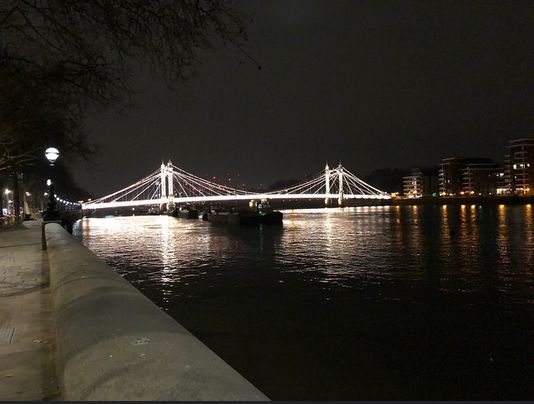 Other than that it performs as I would expect for email, messaging and contactless payments as previous iPhones have, though I tend to use the watch for payments rather than the phone.

I'll keep this fairly brief for a first impressions post so leave it here.

Thanks for those first impressions @aldaweb Good to hear you are getting on with the phone.

A lovely photo by the way

A good initial first impressions,  I'm glad that it is actually a step up from Apple 😀

Lovely, thanks for posting this @aldaweb and nice to see you back!

Quick question related to the face unlock if you might know, can you set it up to not immediately unlock when glancing at it, in case you just wish to check the time on the device?

Let us know if you'd like to move this in the Reviews section by the way at any point. First impressions fit there too.

On the face unlock, if you just pick the phone up it will unlock but stay on the lock screen until you swipe up, so you can see th time clearly. If you are responding to a notification though it will unlock and open the relevant app. You can also turn off the requirement for 'attention' for times when your eyes may be hidden behind dark glasses

or other instances where it may not be possible to look at the phone. Incidentally it still works in the dark.

I hadn't noticed the reviews section until after I'd posted so by all means move this there.

That sounds good! I'm almost too tempted to get this phone myself.

Great first impressions @aldaweb! Any more of these iPhone reviews and I'll be tempted to switch from Android!

@MI5 Might be worth borrowing one for a few weeks before I commit.