Tomorrow is the International Tea Day and as the tea-lover that I am, I thought it'd be nice to start a topic about it on the community 🍃

Despite tea being the most consumed drink in the world (after water), it's not huge where I grew up (Sao Paulo, Brazil) as, most of you may know, Brazil is quite famous for its excellent coffee. But I'm not a coffee-drinker and I consider myself to be lucky to have a tea-loving mum.

I grew up drinking a lot of tea (well, actually most of it was infusions: spearmint, lemongrass and above it all, mate tea). No, mate tea is not tea for your mates, but tea made with erva mate (or, in Spanish, yerba mate). Calling it "tea" may be technically wrong as it's not made out of Camelia Sinensis - the tea plant - but we call it tea down there anyway. Mate tea is hugely popular in South America but it's consumed in different forms throughout the continent: in Argentina and Uruguay, it's consumed as chimarrão, hot and served with a metal straw in a container usually made from a calabash gourd and that same way of drinking it applies to the extreme South of Brazil. 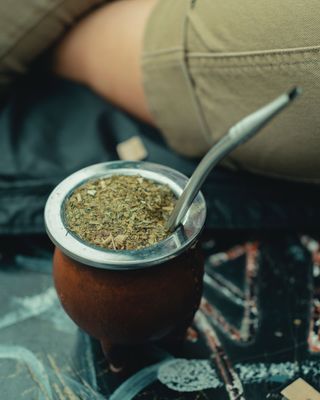 In Sao Paulo, you can enjoy it hot or cold, with or without milk, served in regular cups and in Rio de Janeiro, they only have it when served cold, most of the times with lemon juice mixed to it on a regular glass.  I'm actually drinking some mate tea that my partner brought from Brazil whilst I'm writing this piece 😄

I honestly like all the ways of drinking it, and as a tea-lover I like most types of tea and infusions. I'm crazy about Chinese and Japanese green and white teas, but I'm also a huge fan of the blends of black tea made here in the UK. The one that I drink the most has to be Yorkshire Tea. Love some of the classic blends from Whittard as well. 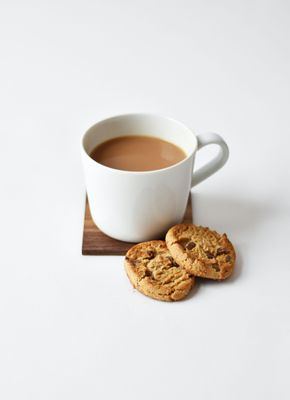 The International Tea Day also exists to raise awareness of everything that revolves around a simple cup of tea: from its social and environment impact to its cultural and historical importance.

By the way, did you know that you can grab a free tea from Greggs with Priority? (It can be coffee though, but if you're like me you'd go for the tea)

What's your favourite tea? Is it the one you drink the most or do you save it for special occasions? I also have to ask the dreaded question: milk before or after? Please share your tea thoughts on the comment section below whilst sipping your favourite cuppa.

I lived in Sharjah UAE United Arab Emirates for a year mid to late 1980s. PG Tips came in large boxes with a flip top lid - loose leaf tea. Green tea was the tea to drink there. My now x-husband enjoyed drinking it and he was a serious coffee drinker. I could not take the taste however I believe it is good for you.

Anyone else enjoy a good cuppa Rosie Lee ?

I tend to have one or two depending on what I am doing and where I am.
At home normally only 1 cup, but if I go to visit family I might have a 2nd.
I try to avoid having too many, and in the afternoon/evening in case it affects my sleep.

Normally PG Tips, but will vary depending on what is on offer.

Great anecdote @RunrigForever, didn't know that green tea was the thing there. I've heard stories of Brits who live in America who always take tea boxes back with them whenever they come home to visit family 😄

@gmarkj thanks for sharing. I always try to get what's on offer too, especially when trying new brands or different types of tea and infusions.

Talking of Brits in America, I've been to the US 5 times. I always made sure I took teabags with me.

The US is more a nation of coffee drinkers and they really can't make tea at all. 😋

@Cleoriff there you go!
I think it's only fair to be honest. 😂

I've only been to the US once and the sole form of tea I've seen there was iced tea. Tried a few and some of them were decent actually.

Our American friends brought their own coffee when they came visiting us.....

@jonsie brilliant 🤣
That's the other side of the coin 🪙

I like a nice cup of tea. We used to have a teapot when I was younger, but now we just dunk the teabag in the mug first and pour the hot water in, which is quicker. (and possibly cheating!).

But a teapot is better when you have visitors and have lots of mugs or teacups to pour.

Once I met an elderly couple who didn't use teabags and put the tea leaves straight in the teapot. This is the traditional way to drink tea and the correct method.  You then need a strainer which you hold over the cup and saucer whilst your pour, and this catches the tea leaves from the spout, but this method seems a bit outdated now, as most people just use teabags, with or without a teapot. This was before tea bags were invented.

The only downside to drinking tea, which coffee drinkers don't experience, is a burst teabag, which you don't realise has burst until you reach the bottom of the cup you are drinking it from. Then you get a mouthful of tea leaves! Urrggh! Horrible. A nasty surprise!

I like to drink tea with a biscuit, usually at 10.30am when I'm at the office.

Tea was invented in China I believe, hundreds of years ago, and discovered by the Dutch, who then shipped it to Europe in the 16th Century. The British drunk coffee then and liked it so much that tea leaves were then grown in India for the British during the British Empire from the 16th to 19th century (the British liked the refreshing taste), and grown in India as it is a very hot country and good for growing tea-leaves. Then shipped to England by the East India Company. They say it was growing tea in India that kept the British Empire going.

I don't think China added any milk to their tea originally - that was added later, possibly by the British.

Or something like that anyway. Please don't rely on my history! I'm only doing this from memory and haven't actually done any research but it sounds about right! I'm just rambling about my favourite drink!

Anyway I like a nice cup of tea. But it does compete with coffee and some people don't always like tea.

The British are famous for their tea drinking, and no other country makes tea as well as the British. It's very difficult to find Cafes that serve tea to customers in France for example, as most Cafes in France, especially in Paris, serve Cafe Cremes and other coffees, so most British holiday makers have to take some teabags with them to use in the hotel, if their room has a kettle, to make a nice brew! Even as near as France a good cuppa becomes harder to find.

Some people say they can read the future just by looking at tea leaves in the bottom of a cup! I don't really believe that!

People have been drinking tea for hundreds if not thousands of years, just ask the Chinese!

Long may it continue.

@koala321  I do the same: teabag first, then hot water and after that, milk.

I prefer to use loose leaf 🍃 tea  in general, but most often than not I just go for the teabag for convenience.

Thanks for sharing your preferences and thoughts with us, didn’t know that even in France a nice brew was hard to find!

Once I was having dinner with my partner's Italian family and her grandpa asked everyone on the table  what’s their favourite thing to consume. Most people then came up with a specific dish (mostly pasta) and when I answered “tea” everyone was shocked 😅

Nice to read about your enthusiasm for tea, I can relate to that as it’s my favourite drink too! No sugar or sweeteners for me though 😛