Not shocked that AJ went as he (and Giovanna) are the least well known of those left.
Mo was a shock, particularly how much he has started to be involved with things.
Jordan scaring himself when trying to find the hiding celebs was funny. Thought they would then let him go and hide and forget to find him...
Would not have done well with the trial myself. Terrbile memory!
Cyclone time and I do wonder what the changes will be...

Show started with Mo still trying his Eastenders role. Made me laugh whilst trying to say Pat (Bat) Butcher

Usual Shane in camp hut talking about it.

Castle Coin Challenge: Vernon and Jordan (dressed as elves). In Santa's grotto. Had phone calls with a child speaking welsh and giving a present they wanted for Christmas. They had a book to decipher what each child said. They then had to wrap present wearing mittens, which they then posted into a box. If correct it stayed in box. Wrong it was chucked out of box.

Eventually completed, and the cabin was offering Chocolate Orange or Mince Pies. They chose mince pies.

Question was, what % of Brits feel the need to peek at Christmas presents before the day. 14% or 22%. They answered 22% and it was incorrect. Mince pies lost and were last seen being eaten by Ced

All 4 of them dressed up. Sir Twice a night Shane...Lady Hugger...Gio..Lord of the North was Jordan.

Not explaining it all as everyone who watches I'm A Celeb knows what it is. However this one looks harder than the one in Australia

The difference was with this one, the flood of water and balls  which came down from a slide at the top once Vernon got close to the top.

They completed it within the dying seconds..

The meal that night was a partridge for all of them.  They loved it.

They were reminiscing of time in camp. All had a story to tell of what they enjoyed or hated. Mainly how much they loved being there.

The finalists are Gio, Vernon and Jordan

I shall enjoy this. Shane did vote for Giovanna to win. 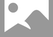 I loved every minute of tonight`s show, but was sorry the celebs missed out on the mince pies after the Coin Challenge.

The castle version of the Celebrity Cyclone was. in my opinion, better that the Australian version. I laughed so much at them tackling it and it did seem much tougher. Well pleased they won and got a decent meal which they all enjoyed.

The eviction: Ant and Dec teased them by announcing "in no particular order" to each of them "it might be you!". They all looked shocked when it was revealed that Shane was leaving. Although he still played to the camera when chatting with Ant and Dec, I was pleased that he said he wanted Mama G to win.

I really hope Gio gets crowned Queen of the Castle but think she will have tough competition with the support which Vernon has got.

I agree about the tough competition for Gio @Mi-Amigo

The I'm A Celeb FB group is really divided. We have had the silly fools who are obsessed with Shane and are claiming fix, now he's been evicted. Those fans are now voting for Vernon or Jordan to make sure Giovanna doesn't win.

Forgot to add, the usual coming out show is planned for Sunday December 13th.

I think G could pull it off Tom will get all the McFly fans to vote for her.. they did the same when Dougie was in there.

Though Vernon will have all SCD fans voting for him as he is married to Tess Daley who presents the show. The whole of Burnley will be voting for 'Happy Place' Jordan

I agree about the tough competition for Gio @Mi-Amigo

The I'm A Celeb FB group is really divided. We have had the silly fools who are obsessed with Shane and are claiming fix, now he's been evicted. Those fans are now voting for Vernon or Jordan to make sure Giovanna doesn't win.

Final Three: Who do you want to WIN?

I hope the poll [which is very very small] is wrong and Gio nails it tonight and is crowned Queen of the Castle...

Can`t wait for the show