Fun facts about your pets 🐕 🐈

I know a few of you have (or have previously had) cats, dogs, mice, snakes... and many other types of pets, and I wanted to ask what "fun facts" you have observed about them?

From the past 5 years I've had my 2 cats, I've noticed they have a few "quirky" or unusual habits that I think are either amusing or just plain strange. 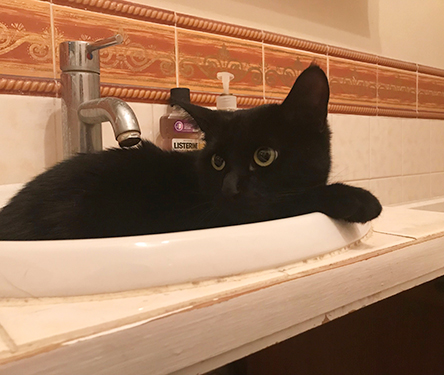 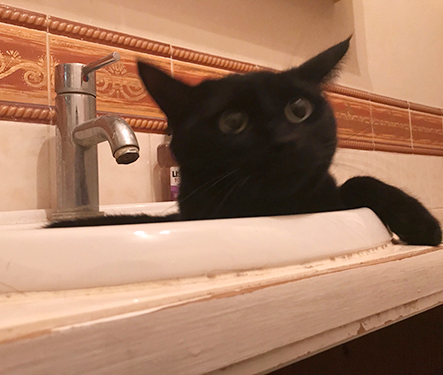 What quirky things have you observed your pets doing? I'd love to hear about them!

One of my cats (Cleo) would only drink running water from taps....or rain puddles.

The two cats I have left, take great delight in scratching the wallpaper in whatever room they happen to be in. That's more of an annoying fact than a fun one!

I used to have many cats

We have had ones called Beano, Petualia, Misty and Zimba. Beano got killed as he got ran over when I was out. Peatualia and Misty went missing and never seen since. Misty was a wild cat and didn't like being petted and only came in for food.

Zimba died a year and a few months ago. He wasn't feeling well and was old must have had him over 15 years and was starting to get ill. I only seen him the once before he died. Came home the next day to be told that he got ran over but still survived but there was nothing that could be done for him as the Rspca picked him up was someone called them while we was unaware till later that day and they took him away and was put to sleep
Report Content
Message 3 of 18 (404 Views)
Reply
Highlighted
MusicIan
Level 4: Observant

Juke is a self contained, food obsessed bull terrier. A rescue dog (we were told he had been abused by his keeper, a Liverpool drug dealer, who had exchanged him for a debt) he spent the first 2 weeks in our house in a depressed, “what’s going to happen to me now” state until he realised that he was being fed regularly, played with and walked. He decided he had won the pools. His behaviour improved dramatically then deteriorated because he thought he could get away with murder. We now run a daily battle of wills with regard to where and if we are going to walk.

The trouble is, 7 years on, that I still love Juke to distraction and he know it. He throws himself into my lap each night and woofs at the telly if he doesn’t like the programme, glaring at me if I don’t find a channel that features something remotely edible. Few dogs make me laugh like an English bullie.

Our rescue Alsatian, Hollie, is a lovely dog but...doesn’t have the personality that Juke has.

My cat Marty has recently started to shred paper tissues into small pieces ... he does leave toilet paper alone though

He is a rescue & doesn't really play with toys but lurves catnip ... scattered loose over the kitchen floor he rolls in it for long periods of time thoroughly enjoying himself

He has 4 catnip bananas & slobbers over all of them ... I forget how he has 4 of them

I`ve had cats and dogs but thought I`d share "fun fact" about one of my cats.

She was rescued and my sister named her Cindi. To say the she was mad (I meant the cat but it also applied to my sis) is an understatement. She`d tear round the house, up to all sorts.

At the time Queen were an up and coming band and had released the single "Seven Seas of Rhye".

At the end of the single version the band sing "I do like to be beside the seaside" an what`s weird is that as soon as Cindi heard that - not the rest of the song - she`d run and sit in front of the record player (yep pre-downloads and in the days of vinyl) as quiet as you like and didnt move.

She never did it to any other song. I had other cats after Cindi passed away and none reacted like Cindi - except about 10 years ago me and my then girlfriend had a rescued cat we called Millie and she did the same.

Conspiracy theorists reckoned there were hidden messages in rock songs, so there`s a new for them!

Does your pet snore?

My cat Marty does

she would jump straight into it if it was being held.  No training necessary!

One of our older cats (Hammond) used to chase sticks, and would bring them back if you threw it.
Or other older boy (Jeremy) is larger than some of the small dog breeds - currently topping the scale at just under 7kg (he should be around 6kg). He snores/breathes really loudly when asleep.
One of the "kittens" (Sammy - now about 16 months old) likes to sit on my shoulder like a parrot and is constantly bringing back feathers to play with.
The other one (Benjie) has a thing for my daughters hair bobbles. They seem to be his favorite toy by far. He also enjoys using the carpet a scratch post - instead of the actual scratch posts!

Edited to add - forgot to mention the kittens love of boxes. If there is a box around they have to be able to get in it to hide and/or play with.