I can't quite read it

It's taken up half a page on my laptop

Here's my offering from London 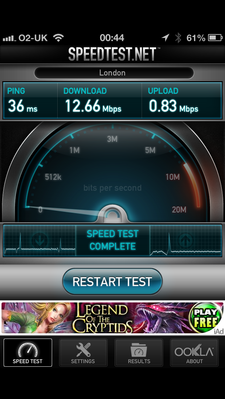 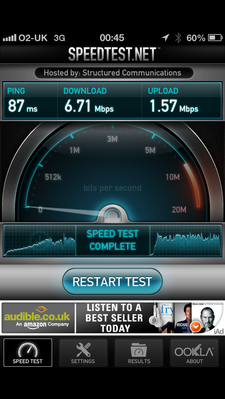 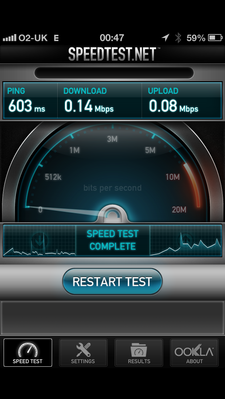 Tell everyone about last night, how was the testing?

Last night was amazing and was also nice to meet Leonard and buffbuff too. Shame you didnt come Toby.

Oh and I have some speed testing at every train station I called at too shortly to be updated.

The speed tests were all carried out the same way.

I did 2 tests and ensure that the tests were fair and took the slowest of them. The tests were done on the iPhone 5 with no other apps open and in the same part of the train down and back (Again to make it fair) 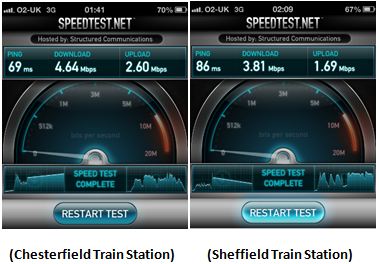 **bleep** I've got a lot to update when I get back

Thank you everyone this is really going better than I expected

Not a problem for you Liquid.  Hope your still behaving

Couple more testing to do in another area later today, so will post more when possible.

Hey Toby, the testing last night was great fun. Got a chance to play around with some other phones, and had a really good chat with Leonard and darrengf. It was a shame you couldn't make it, but maybe next time.

Wow darrengf, I see the o2 event really got you in the testing mode last night.

At home in Bolton where my iphone struggled to get one bar of 3G and one Mb upload.