A funny tale about the cricket match.

As we know Lewis Hamilton won for the 6th time at Silverstone.(the home of F1)

After the race he was to appear on stage in front of his adoring home fans. What he didn't know and Silverstone got wrong, was they were showing the cricket on big screens in the fanzone.

Lewis walked on stage just as they were playing this super over. The organisers turned the TV off. Lewis was met with a mass of booing much to his shock. Luckily he quickly realised the issue  and I believe asked for the TV to be turned back on. He waited till it was over.

Big of him really, as this was F1 NOT cricket....however all worked out well and he did a bit of crowd surfing just to please the fans.

PS just to be fair, I doubt his win was shown on the big screens at the Cricket match....

They were probably showing the epic Wimbledon final. That must have been some match to follow. My time was divided between the Cricket and F1 as I watch tennis rarely unless there is someone I'm particularly wanting to watch.

No @jonsie  It was definitely cricket. As I said they were showing the Super Over when LH walked on.

Not even sure why they were showing it if honest. Silverstone that day was a F1track and it was the 70th anniversary.

I could've understood if they had been showing some classic races etc...as the fans who were there had paid and chosen to go to F1, not cricket.

Haven't seen this thread for awhile

It's "Find a Forgotten *Fread Friday": 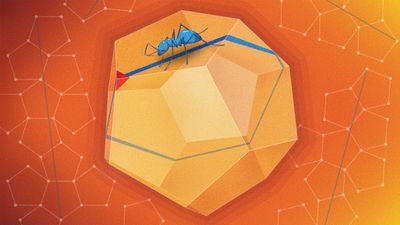 Ever wanted to take your sheep out for a straight-line walk without losing a rose?

Who in the world could wax lyrical about Platonic solids...

The original article is here - get a large mug of tea, it's long - prize if you get beyond 8mins of the video without your brain going "Fooom!"

OMG @pgn Thank you for "Find A Forgotten Fread Friday".

here ] emerged onto the scene. And not forgetting the sadly missed Queen Of Hearts @Glory1 .

OMG @pgn Thank you for "Find A Forgotten Fread Friday".

here ] emerged onto the scene. And not forgetting the sadly missed Queen Of Hearts @Glory1 .

I hadn't forgotten it at all. Nor the Alice in Blunderland thread. I just find it a bit difficult even now to look at the threads,

I think you need help @pgn

If only you knew, @jonsie