An Evening With Geordie Legends Andy Cole and Lee Clark

This week on Priority there's a fantastic opportunity for football fans! You can spend the evening with football heroes Andy Cole and Lee Clark. 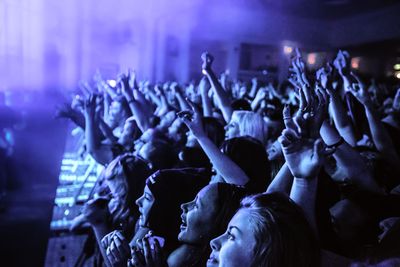 Andy Cole is an English former professional footballer. Playing as a striker, his career lasted from 1988 to 2008. He is most notably remembered for his time in the Premier League, with Manchester United, where he spent six years of his career, winning numerous trophies in the process.

Lee Clark is an English professional football manager and former player. During his playing career he had spells with Newcastle United, Sunderland and Fulham. He also made 11 appearances for the England under-21 team during his international career.

The meet and greet will take place at the O2 City Hall Newcastle, Newcastle upon Tyne, on the 1st November 2019 and you can grab yourself tickets with Priority! Pre-sale ends Wednesday 4th June.

Man United signed Andy Cole from Newcastle United and is was his goal scoring abilities there that attracted ManU's attention. So it's good that he is eeping up the Newcastle connection. He was a team mate of Lee Cark for a time.

Andy is also an ambassador for the Reds and I saw him with Dwight Yorke, who also has that honour, in Thailand representing the club on it's tour there.

I'm not a huge football fan but I seemed to recall Andy Cole earning the nickname "The Goal Machine"?

I'm not a huge football fan but I seemed to recall Andy Cole earning the nickname "The Goal Machine"?

He has had his share of poor health recently after contacting a virus whilst an ambassador to Vietnam. After finally contacting a doctor his kidneys were only functioning at 7% of usual capacity. He was saved by a transplant from his nephew but has also had to overcome severe depression.

No amount of money you may have is of any use if you have health problems.