Hope you’re all not that good today.

Here’s a twilight space in the community to share that story: the one that started with you being scared to death but ended up with you laughing out loud, by yourself or with your mates, that one you never forget.

I’ll start by sharing my own: when I was around 7 years old, I was having a little kickabout with my mates in the playground late at night, it’d have been around 10 pm I guess, and there was a huge area nearby being remodelled so there were loads of rubble around us. Then as we stopped playing, we started to hear a sound coming from something running around amongst the debris. One of us saw a shadow passing from one pile of wreckage to another very fast.

We couldn’t tell what it was but as all of us were between 7 to 10 years old, and it was late at night, we were all very scared at this point, some of us obviously started to cry.

Being scared to run, or to go and check what was the creature, one of us started to shout for help. When the shouting began, the creature presented itself to us: an enormous Rattus norvegicus, aka brown rat. But I mean, it was really big, I swear, specially for a 7 year old lad. It was as big as a cat and of course it was as scared as we were.  And also, due to how the playground was built, we couldn't run away from the rat, we were sort of trapped between the playground and the animal.

When everything  seemed to be lost, after the point when it felt like we were all going to be devoured by the brown rat, all of a sudden our hero arrived: one of my mates’ dad appeared out of the blue holding a broomstick, as at this point it was clear that the rat wasn’t going anywhere without some hassle and havoc first. My mate’s dad tried to shoo and move towards the creature in order to scare it, but it kept running away from him and when it ran towards one of the other kids in a threatening way, he had no choice but to throw the broom aiming the rat as if it was a spear. 😂

Of course he missed the rodent, but that scared the poor creature enough, to the point that we never saw it afterwards (which is of course as good for us as it is for the furry animal). And because we had just seen that courageous parent acting like a proper hunter, we had no choice but to burst out laughing, a mix of relief, amusement, naiveness and the comicality of seeing your mate’s dad performing such an act.

So that’s it. hope you’ve enjoyed my Halloween story and if you guys have some fun stories as spooky as mine, let’s hear them! 🎃

Not ignoring you... honest. 😘 Just with the Word Hunt Diamond running, we are doing that (Every Tuesday morning). I'll be back to tell a spooky story later......

And thanks for reminding me about the game, I'll join you guys now, I was preoccupied writing my story and doing other bits and bobs

Firstly @RafaC, as you don't know me much, you won't know that we had an apartment in Spain.

On the Costa Del Sol, bought in 1985, was sold quickly in 2017 when I was told I couldn't fly abroad again. Sad at the time but in hindsight, a really blessing when Covid hit the world.

Secondly I hate bats with a passion. Really really hate them.

My husband used to stand on the wraparound balcony at night and admire the bats flying around (did you know the collective noun for bats is a cauldron?)

He would be there with his binoculars and I would be closing the curtains and yelling him to get in!!

I left him to it and decided to go to bed. Despite it being late October, Spain was in the middle of a heatwave and it was 30c at 12mn so my nightwear was pretty much nothing at all. Every window in the apartment was open.

As I walked 'nearly naked' into the bedroom a bat flew in through the open window. I screamed so loudly my husband thought I was being attacked. I grabbed a sheet off the bed and was whipping it about trying to knock the bat to the floor.

My husband is one of those people who wouldn't hurt a fly. He's yelling at me not to kill the bat.

I was out of my mind with terror (I know) and ran to get a broom. My fear, added to the fact that I hate bats, is they can carry rabies.

The bat flew into the darkened wardrobe.

My husband got the broom to poke at the clothes (not to kill the bat!!)

My husband carried the bat, wrapped in a thick towel and let it free out of the bedroom window It flew away safely. I closed the window and refused to have it open at night.

The next day we went and ordered some fitted window mosquito sliders for every window in the apartment.

I would NOT go to bed with the windows open. So for two nights we had 3 fans in the bedroom and closed windows.

It took me years to get over that...so there's my horror story.

Some people will laugh. I can assure you it wasn't funny. 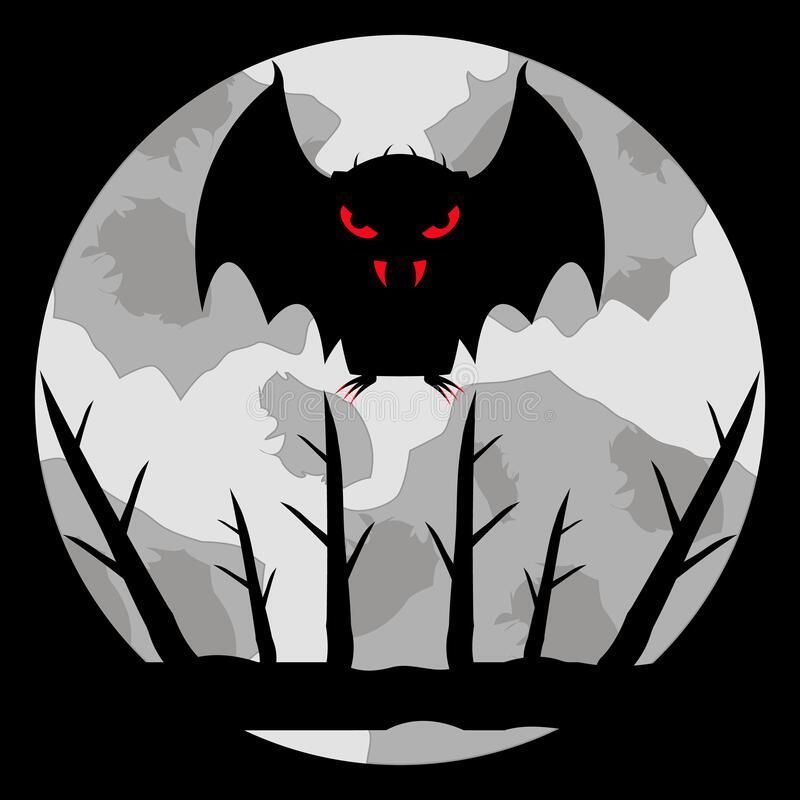 @Cleoriff  I know you don’t think your story is funny but I have to say I did laugh, specially with the “(or shocked at my screaming)” bit. 😂

Your apartment in Spain sounds like it was a very great place to spend your holidays! Glad to hear you enjoyed it for a long time

I totally get you when you say it took you years to get over that and that you had to sleep with the windows closed for a couple of days when it was around 30C outside. I was afraid of rats for a long long time after the incident I described in my spooky story.

Oh, and I didn’t know that the collective noun for bats is a cauldron! That’d be a good question for one of @Mi-Amigo ’s White Room Quizzes!

Thanks for sharing your story with us, I did enjoyed it, even though I don't know if I'm supposed to enjoy such a frightening experience. Reading it is different from living it I guess 😅

Both those stories are brilliant 😂😂😂, @RafaC @Cleoriff. I love that a group of bats are called a cauldron, by the way! How appropriate. To digress, have you seen there a bat is winning New Zealand's Bird of the Year contest 😆.

My story is not animal-related! But I was equally scared to death. Years ago, before the days of social media, I was a wee boy and would usually interact with friends via MSN on the family computer. And this was around the time when I was coming of age, and it was becoming appropriate for my parents to either leave me alone for a couple of hours or in the care of an older sibling for an evening.

In this case, I was home alone in the early evening one winter, so it was already dark, and was just talking to friends online. But, unfortunately, there was a rumour going around: a mass murderer had broken out of a nearby prison and was on the run 😨. Even worse, he was near my house! Now, I was a bit of a cotton wool child growing up. So, this type of stuff got to me. And I was not in ownership of a phone yet, so I could not call for help.

I immediately started to boobytrap my home Home Alone style 😂😅. Checking the doors and windows locked several times over; chairs leant up against handles; any heavy object (baseball bat, for example) in my bedroom ready; even pushed my wardrobe up against the bedroom door. There was probably more, but I can't remember.

I remember just sitting in my bedroom, in silence, either waiting for death or rescue... And it was an old house. So, creaks and noises were in abundance! So, I'm just there torturing myself thinking I'm done for.

Finally, some time passes and I hear the front door opening downstairs. Only for my poor mother to be struggling to get into her own home 😂. Imagine Ocean's Eleven, breaking into a casino, and having to dodge lasers-esque style. That's what I probably put her in the equivalent through.

Oh, what a few childish rumours and some paranoia can cause eh.

Do you remember if you based some of the boobytraps on Macauly Culkin ones? Negative rumours do have the tendency to stretch very far in our minds though.

And that NZ contest 😅

Thanks for sharing your story with as Lewys! I guess I'll have to repeat myself that I did enjoy reading it even though I really don't want to go through anything similar in my lifetime. I'd rather watch Home Alone (1 and 2).

I can`t recall a really scary story of mine but there must be one lurking in the back of my mind.

But I must say that I have a fear of rats, so even just reading @RafaC `s story was spooky and a little unnerving and would not have been funny if it had happened to me.

As to @Cleoriff `s story, I lived in a rural area when I was at school and would often see bats in the evening, which didn`t scare me - but that said, I can equate my fear of rats with @Cleoriff `s fear of bats so don`t think that was funny. Also I didn`t know the collective noun for bats, so thanks for that. I`ll bear that in mind for a future WRQ question [at least three of you will get it right 😂].

I admit I did like @lewys-gp `s story not because it scared him but the theme. Although I can`t stand the Home Alone films, I do know the events and to read that @lewys-gp went to such levels did make me smile, although he was no doubt scared at the time.

To be fair @RafaC @lewys-gp @Mi-Amigo  my fear of bats was made worse by what happened in Spain. I didn't like them before that happened but to have one fly into your bedroom when you are nearly naked is a completely different 'kettle of fish'. I think something was wrong with it ...as bats travel using sonar, so this one was way off!!