Excerpt from the Link " The Blu Studio 7.0 is a budget phone with a difference, with an absolutely massive screen that puts it right in the middle of tablet territory when it comes to the overall size. The 7-inch panel won't win any awards for sharpness, at 1024 x 600 pixels, but with a price tag of $149.99 (£96), it's difficult to complain."

"Still, if you're on the hunt for a phone with the biggest screen, or a bargain-basement connected slate, the Blu Studio 7.0 could well be worth a look. It’s available to buy on Amazon's US site now, although there’s no word on a UK launch just yet."

Too large for me at 7" but it does seem some just want bigger larger screens. 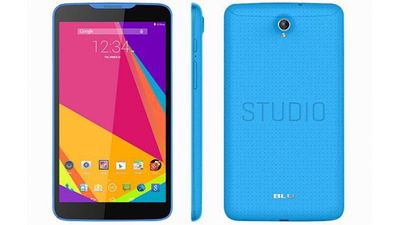 Bad move, you may as well get a tablet with better spec for that price.