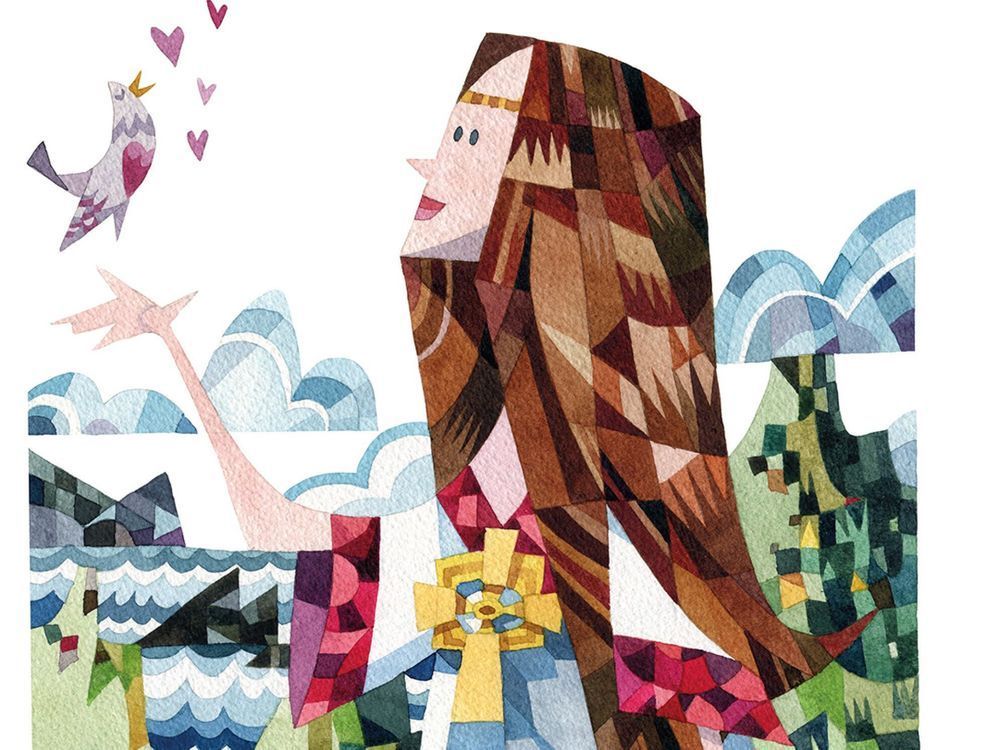 Hello! Shwmae! Above, I have wished you all a happy St Dwynwen's Day, even though it was last month. But, I thought as a part of LO2VE Week, it would be fun to share the story of my own country's Valentine's Day.

Who was St Dwynen?

St Dwynwen (Santes Dwynwen) was a fourth-century Welsh princess who lived in what is now the Brecon Beacons National Park (home to the very popular mountain, Pen-y-Fan 🏔). Dwynwen was rather unlucky in love, so she became a nun. She prayed for true lovers to have better luck than she did.

Discover more about one of the heroines of Wales and follow in her footsteps by reading Cadw's Santes Dwynwen eBook.

How did St Dwynwen become the Welsh patron saint of lovers?

Dwynwen was the prettiest of King Brychan Brycheiniog's 24 daughters 👸. She fell in love with a local lad called Maelon Dafodrill, but King Brychan had already arranged for her to marry another prince. The distraught Dwynwen fled to the woods to weep, and prayed to God asking she would fall out of love with Maelon. She was then visited by an angel who gave her a sweet potion, which happened to turn Maelon into a block of ice.

God then granted Dwynwen three wishes. Her first wish was that Maelon be thawed; her second wish was for God to help all true lovers; her third wish was that she would never marry. In gratitude, Dwynwen became a nun and set up a convent on Llanddwyn Island, a beautiful little spot on Anglesey 🏝 (no actual palm trees on the island, sorry). Her name means, 'she who leads a blessed life'.

Incidentally, as well as being the Welsh patron saint of lovers, she's also the patron saint of sick animals. So if your budgie is unwell, you could try praying to St Dwynwen before calling the vet 😅. Apparently, she studied healing properties of local herbs too, healing people from all over Wales who would visit her 🌿.

When is St Dwynwen's Day?

We celebrate St Dwynwen’s Day (or 'Dydd Santes Dwynwen' in Welsh) on 25 January every year. But, unfortunately, it is not that popular of a holiday (as far as I am aware of)! It's possible Welsh speakers celebrate it more; they would normally live in west, mid and north Wales, and I am from the south.

Most people in Wales celebrate the more well known Valentine's Day. I hope in the future that'll change (or we'll enjoy both).

How to Celebrate St Dwynwen's Day?

Just like Valentine's Day! Let your partner know that you love them. Give gifts, cards! Eat meals, go for walks. This year, I got my partner a hand-carved Lovespoon from the Lovespoon Workshop, near Tenby 🥄.

I don't believe lovespoons are exclusive to Wales, but it has been a traditional gift here for over 300 years. You'll find them in a lot of Welsh homes, usually in the kitchen or hung up on a wall somewhere. The earliest known dated lovespoon from Wales, displayed in the St Fagans National History Museum near Cardiff, is from 1667, although the tradition is believed to date back long before that.

As she is English, it was a very nice surprise for her to receive a gift last month, and learn a little bit more about Welsh culture/history. Ultimately, you don't have to get a gift, just give the ones you love a cwtch (a big cuddle or hug) 🤗. 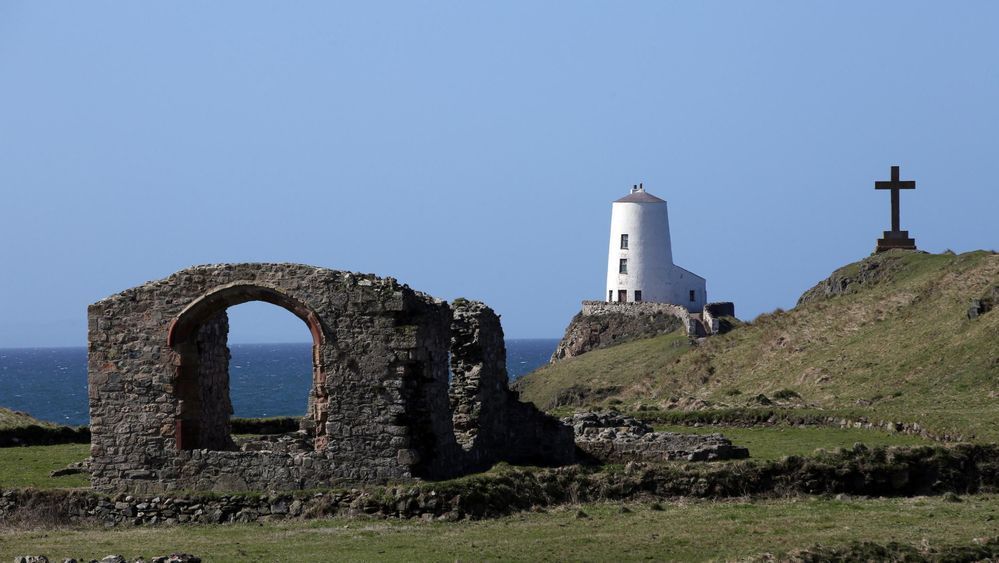 St Dwynwen's Church ruins, the nunnery she founded in the 5th Century and believed to buried at.

As St Dwynwen enjoyed saying: 'Nothing wins hearts like cheerfulness.'

What a beautiful story @lewys-gp

I have never heard it before. I love knowing that Saint Dwynwen is the patron saint of sick animals as well as lovers. ❤️

Glad you liked it, @Cleoriff 😄! I found out about it a few years ago and loved learning about it, so do try to celebrate it every year. I'm hopeful more people begin to celebrate it soon in Wales 🤞.

What a great thread @lewys-gp .

As my ancestors were Welsh, it was great to read and learn something about the history.

Glad you both enjoyed, @Mi-Amigo @TallTrees! There must be so much history lost from everyone's respective countries, because we just go along with commercialised holidays/events sometimes, I imagine 🤔.

Thanks for commenting, all 😊.

That was really interesting @lewys-gp, always enjoy learning something new! Will remember St Dwynwen's Day for next year!!