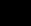 Henry Cavill (not heard of him before) made a really suave baddie!

Henry Cavill (not heard of him before) made a really suave baddie!

He was great. I like the Marvel films @OldFart  and have seen him as Clark Kent (Superman) In Man of Steele, Justice League and Batman v Superman.

He is also in my 'to watch list' The Witcher on Netflix.

He would make a great James Bond. Comes from Jersey in the Channel Isles. (A bit of uselss trivia right there!)

I don’t do Marvel.. although I do seem to have seen the last 10 minutes of Deadpool over Christmas... several times!! and it did look pretty good (the soundtrack sounded mint!)

Deadpool is very different from the other Marvel films.
Much more adult in tone and content (swearing, nudity) plus a very twisted sense of humour.
While the second is not quite as good as the first, it is only because the first is that good.
Looking forward to the third (whenever that may be...)
Now using the LG V30.