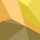 I negotiated a new contract on the live chat feature last week but couldn't complete it as I had to go out, so was given a reference number to be able to access it again when I called back. When I did so today, I was told the contract would be £6 more a month than we'd agreed as I will have to apply online for a further discount when I receive the handset.

I have screenshotted everything I agreed on the live chat last week and this issue wasn't explained. I don't want to have to go online to organise yet another aspect of the contract, having already spent 2 hours on live chat (his system kept freezing) and an hour on the phone today. I'm back at work soon and won't have time(or the energy).

When I asked to speak to a supervisor/manager, I was told that I couldn't but that someone could call me in the next 48 hours which is pretty awful  customer service. I was then given a website address to complain to that doesn't work - she said it was www.complaintsreviewservice@o2.com  however I presume it is not a website but just the email I need instead so have had to look up that too.

Pretty dire customer service - I would avoid o2 like the plague. 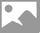 All the ways to complain are here, @jadedcustomer - sorry to hear you have had such a poor experience.