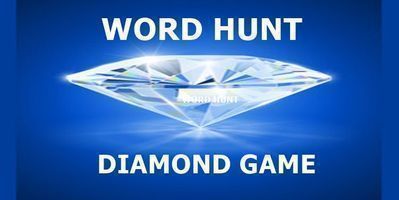 This week`s target is 64 words - using only letters in the diamond - inc one 9-letter word - and all words must be four letters or more and include the red-letter L.

diamond dog - to player who finds the most words not in the list up to when announcement - LAST WORD FOUND, PLEASE STOP THE GAME [words after announcement will not count]

Each word must contain four letters or more and must include the red letter L.

Each letter in the grid can only be used once in each word [for example, HALL isn`t allowed]

Of course, words do not have to start with the red letter L

I hope the Diamond Dogs of Words [thanks @pgn for the term] - those who have played in previous Word Hunt Diamond games - including @Cleoriff @pgn @BobM @gmarkj @Bambino @TallTrees @J9el @RafaC  @sbz593  and any member who has not played before or has not played for a while; and any new member will join in and play today`s WHD.

Can you, between you, not only find the 64 words in the list [in the source used for this game], and the nine-letter word in this WHD game, but also find additional words not in the list ?

May as well slide in LYMPH @Mi-Amigo?

Bit slow today @Mi-Amigo  (No rats up the drain lol) so I'll go once more and then wait...

Hopefully our usual wordsmiths got the notification and will join in the game shortly... and the rat will be up the drain pipe again