Hi all. Bit of a different one from me today, but thought I'd start a bit of a discussion on The Lottery.

Why? You ask. Well, I came across this chart recently: 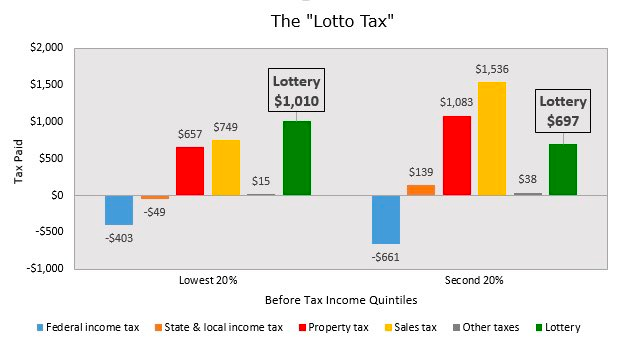 This chart shows that the lowest 20% income group in the US spends more money on the lottery every year than any type of tax. I thought this was bonkers but very interesting 😅.

So, I did a bit of thinking. I imagine whatever the country, the results are probably similar in regards to what group of people purchases the most lottery tickets.
Personally, I don't buy lottery tickets very often. I have a group chat with some friends, which is meant to be a syndicate, but it goes quiet for long periods of time. Then, someone in the group must see an advert or whatever, and they post their ticket in the group chat. It snowballs until everyone in the group has purchased a ticket, purely because of the peer pressure and worry that they miss out 😂.
It's also never The National Lottery either. No, no. Go big or go home. So, as soon as that EuroMillions jackpot is over £100m (like it is this Friday), our eyes are like dollar signs.

But, I guess, for me anyway, I don't play week in, week out, because I don't have a set of numbers. My stepfather has consistently played The National Lottery for years, purely because he has his numbers (I imagine). When I do play though, I never feel bad about spending that money, as I believe some of it goes to good causes (apparently 25% upon a quick Google search).
In relation to the original chart I shared, I came across this one too:

The New York State Lottery used to pledge that a % of lottery earnings go towards schoolchildren's education programs, but the more lottery funding schoolchildren receive is directly in line with decreased state funding.
I'm not sure if this is the same for the UK, but it is something I've never thought of before. Be a shame if this was the case, also.
Another point is that I've never really viewed playing the lottery as gambling or betting either. Maybe, I'm naive, but it feels different to those. I think if I've ever bought a scratchcard (which I've impulsively done before), that definitely feels like it falls into the mentioned categories. 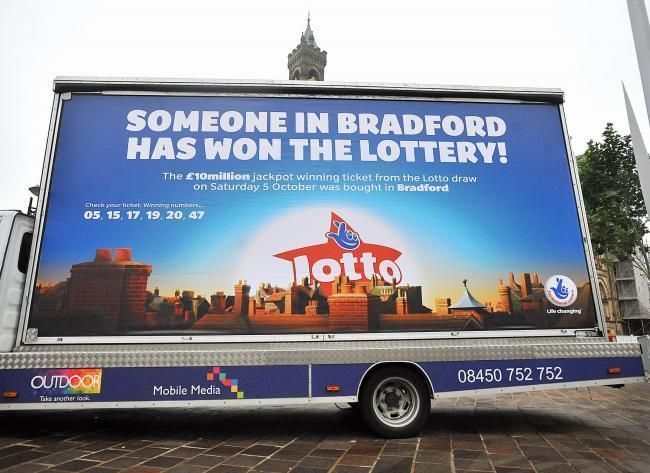 I'll end on this memory of a billboard I once saw (not the one above). In a previous job, I used to work away a lot. All over Wales and England, I'd go. Once, I was travelling to Pembrokeshire in west Wales, and I stopped to get petrol for the car... Right there, next to the station, was this big billboard that said something along the lines of:
FIVE PEOPLE HAVE WON THE LOTTERY IN *WELSH VILLAGE*. COULD YOU BE THE NEXT?
I paraphrase, but let me tell you, I went in that petrol station and bought a lottery ticket 🤣. Did I really think this random Welsh town was just luckier than the rest of the UK? I don't know, but maybe that's the power of the advertisement.
I'd be interested in knowing people's thoughts. Like, do you play? With a set of numbers or a Lucky Dip? What's your opinion of the lottery? Let me know.
I think I'll just add a disclaimer to Gamble Responsibly. I had to include a Drink Responsibly in my Priority Offers post too, so guess this is a bit of a trend for me today 😅😂.
Hope this was interesting and not boring 🎫🎰🔢🍀!
Community Manager for the O2 Community 🙂
Message 1 of 5
184 Views
Share
Reply
4 REPLIES 4

Gamble Responsibly. Yep. That says it all - and I had more wins in a Work Syndicate with the same 6 numbers every week for about a year than I think I have had with my occasional Lucky Dip on the Euromillions when buying Pizza in the local Spar or SuperValu for Friday evening's Pizza and a Netflix show...  I wonder how many would buy numbers for an El Gordo style lottery, as happens in Spain at Christmas? 😎

@pgn  The lottery in Spain is big big business. From large retailers selling tickets, to little old men on the street with a small table doing the same. Lol.

I've never been bothered about it but my other half was in a 12 person syndicate at work and they once won £2300. I think over the years they had spent double that.

Our local A/E dept once won £25,000 which became news. My friend, who was then Director Of Nursing, knocked it on the head, as she said 'nurses couldn't be seen to be gambling'. (I think they still did it but gave the syndicate a different name. Lol.

The latest thing which I was a bit gobsmacked about was a TV advert about winning a £3,000,000 house in the Cotswolds. Run by a company called Omaze. The one thing they didn't tell you was how much it was to enter!!

Back to the lottery. My brother-in law at the wedding of his youngest daughter, gave every guest a fancy envelope containing £50 worth of lottery tickets. There were 180 guests. I think one won half a million (not me I hasten to add) Lol

I don't even like the thought of gambling it is pretty stupid to me however I have bought about 6 tickets on the UK lottery since it started (heavy purchasing!)  The odds were shocking and certainly not worth trying. When Camelot increased the odds in their favour and the cost of a ticket,  a few years ago I never bought one again and never will. It is a big con.  if I wanted to support a charity I would do it directly not through this process. I won't support greedy over-paid Camelot personnel.  I can see that people treat it "as a bit of fun" and it can be and of course you may win but like all gambling you will definitely be "a loser"

Very interesting to read people's opinions and stories. @Cleoriff, I know of one man, who is my friend's father, that changed jobs years ago and left his work syndicate. A few weeks later, I think the group won hundreds of thousands, maybe even a million (I would have to double-check) 😭.