MWC18 may have finished up two weeks ago, but we’re still buzzing from all the tech and mobile phone news we saw out there, so I wanted to put all of the BEST bits of MWC and my thoughts on the tech in one location for anyone who missed my coverage of the event. Look out for a vision of the future from MWC tomorrow 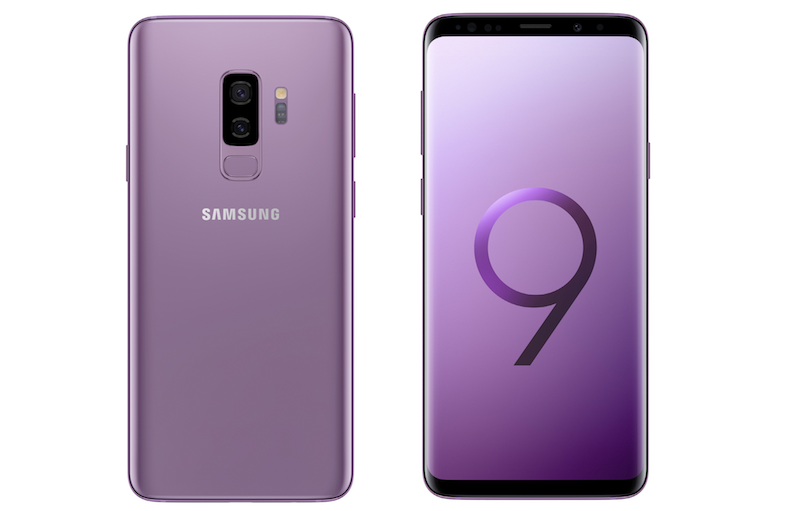 The new Samsung Galaxy S9 and S9 Plus are simply amazing. Samsung have taken what made the S8 great, and improved and added new features to create the S9. Check out some of the features we love the most:

Sony have done it again, creating a stunning phone that looks and feels amazing in your hand 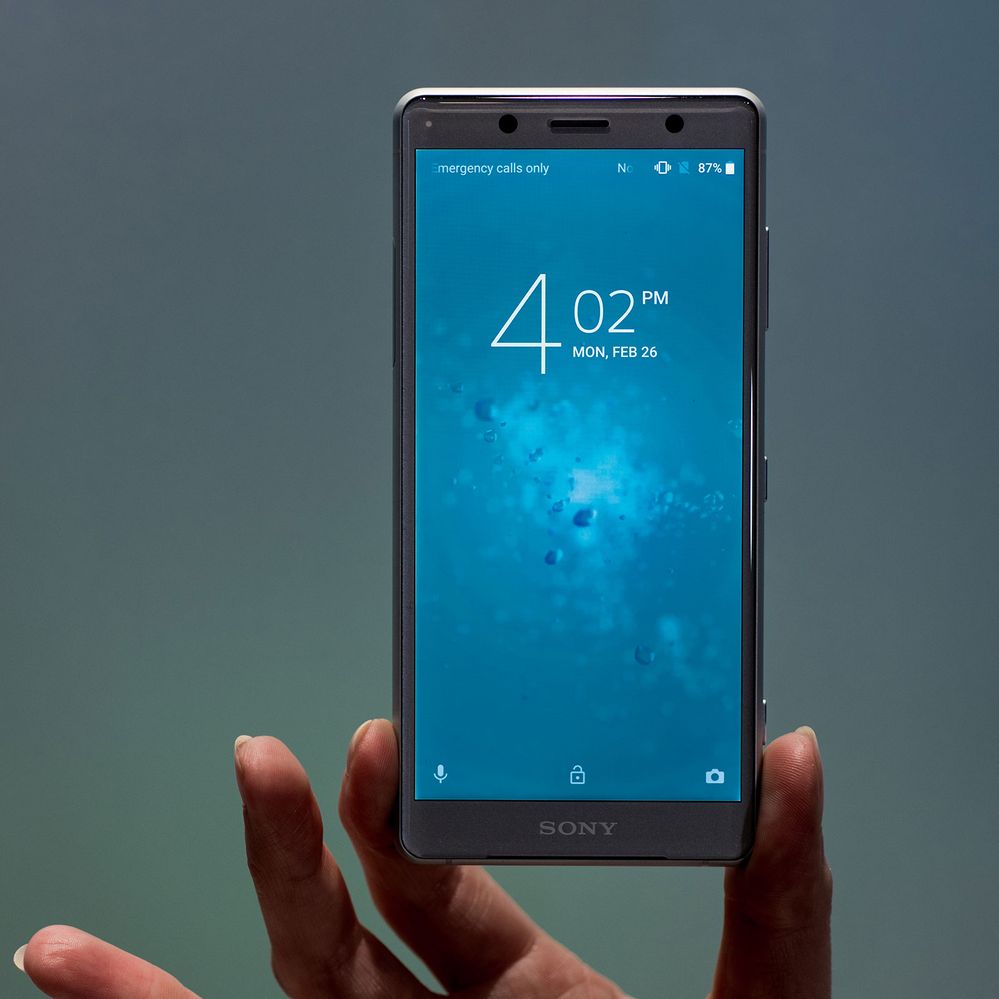 Similar to the above, Sony have taken what made the Xperia XZ1 great, and made it even better. Check out some of the new features Sony have managed to cram into this svelte device:

New form factors
If you were to draw a smartphone, chances are it’d just be a rectangular shape with most of it being a screen, and some buttons here and there. So when ZTE showcased their ‘Axon M’ dual-screen flappable phone, it stood out.

While I think it’s great seeing manufacturers explore new form factors and innovate, this one does have some pros and cons and I’m not sure exactly how practical it’d be in everyday situations. Some of what I found great:

But, after around 20min or so playing around with it, there were some things I felt such a form factor didn’t really work that well, or be especially practical:

Speaking of form factors, do you think the current ‘slabs’ are still the best way to go? Do you wish flip-phones would make a triumphant return? Do you think smartphones should get bigger? Smaller?

Virtual Reality looks here to stay
VR feels like it’s been waiting in the shadows for a couple of years now, but one thing’s for sure… VR looks like it’s here to stay and slowly but surely, it’s being adopted more and more – and with Samsung updating its Gear VR headset to include a motion controller, if you have a compatible Samsung Galaxy device you can experience more immersive VR than ever before. 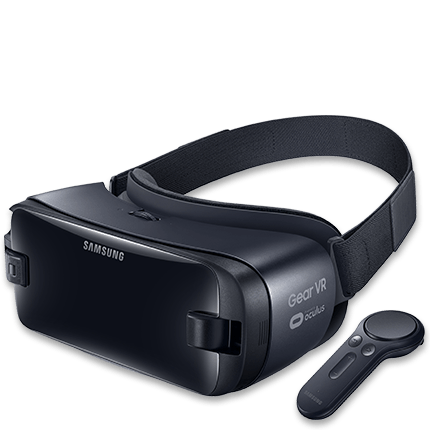 Check the videos here of some Gear VR demos Samsung had on show at MWC this year. Can’t get more immersive than that!

Quick-E Recyclable Powerbanks
Power banks are nothing new, and they’re fantastic for taking with you on holidays or days away to ensure you’ll always have enough power to play games, watch movies, tweet and upload selfies. If you’re in need of a powerbank, O2 sell some fantastic models right here.

While out at MWC, or more specifically the off-shoot 4YFN event, we spotted a UK start-up called ‘Quick-E’ who specialise is one-time use recyclable powerbanks. These are ideal for people who are out & about, get caught short, and are in need of a charge. Eventually, Quick-E hope to have presence in train stations, universities & colleges, music and sport events – anywhere there’s a chance of a lot of people potentially needing a charge.

What’s great though is you buy one of these for £1.99, charge your phone, and once the powerbank is out of juice you just pop it in a postbox to be safely recycled – the battery is enclosed inside a self-addressed pre-paid envelope. Easy peasy, job done.

I gotta say, that axon display colour looks awful.
Aside from the hardware side of things, it was good to see lots of news regarding 5G, looks like we might be seeing lots of advances very soon, some devices already 5G future compatible.
Lots of camera tech advances this year, as more sensor manufacturers include the 3rd ram layer allowing lossless capture and rediculous fps in video. Also we're seeing a fair few sub f2.0 lenses now, samsung with the variable 1.5/2.4 And sony now at 1.8. Low light photography is really going to come along in leaps now.
Hdr is definitely sticking around, with more devices supporting hdr10 we're really gonna see some great content being made, especially I might add off the XZ2 which can film in cinema 4k at hdr levels. You wouldn't believe the price of dedicated cameras that do this.

Regarding the Axon display - now this is just my own personal opinion of course, but though the display wasn't as bright and crisp as flagships on the market, the colour and display looked way better in person than in those photos. Some of the stands at MWC had really odd lighting that really threw cameras off - even changing the white balance settings and using Pro mode didn't offer much assistance for me.

But around form factors in general, what's your thoughts on something like this? Or are you too used to the typical 'slab' design that anything else would feel too alien or awkward?

Camera tech is definitely a big advancement this year and you're right @viridis, the 4K HDR video recording capability of the XZ2 is insane, and will give it a clear edge in mobile videography. It's the HDR bit of 4K that really makes 4K what it is. Without HDR, the additional resolution is still noticeable in many situations, but it lacks the 'pop' that HDR provides.

I mentioned this in one of my wrap-ups while out at MWC (and will again tomorrow), but I expect Sony to take another evolutionary leap forward with mobile phone camera tech next year. I predict massive focus and all eyes on them at MWC 2019.

Oh mate, you have no idea lol.
Fusion gonna rip up the rule book, trust me.

The slabs we have, well they work don't they. I mean our content is that shape and single handed use makes a rectangular shaped design more useful than any other.
Flip phones certainly have their place, but I can't imagine watching a full screen video on one, unless it flips all the way round.

A slab works for me.. but I’d like something substantial, something less shiney and with more grip!

I don’t want gimmicks, I want functionality. Selfie mode might be good for those morons with phone addiction but it’s useless to me. Slow mo looks great but useless for day to day use, AR emoji.. fun for 2 minutes (if that) The Samsung screens are awesome but I can’t say it’s crispier than the Sony or the iPhone X, and the price.. I can’t afford £1k outright or £60 a month. It’s insane.

They need to cater for the older, less able, and the less well off. I think they miss a whole other market.

If i want something to suit me then I have to go back a few years,  why should I have to settle for something less able and out of date (SE, 5s 5c) Yes Apple I’m looking at you specifically!!  I'm hunting for a 5c at present!

@Anonymouswrote:Yes Apple I’m looking at you specifically!!  I'm hunting for a 5c at present!

Make sure you get a 32gb version.

If you buy a 8gb it will be full before you save your contacts list and the 16gb will be full about a week after that.

I really don't get this emoji thing where you stare at the phone to amuse yourself? Is it really an advancement of technology or a unique sales point? Neither really but suppose something has to make a phone unique these days.

The Axon looks interesting but sad to say, running Android means nothing will be made to work for both screens as it will be niche product. If they can get the split screen function working well like they do on the Samsung Note, it could be interesting. Though saying that a dual screen Note would be something I'd go for especially for the stylus if it got made. I still wait for the day someone produces something like the Microsoft Courier.

I want a slider or a keyboard not touchscreen next.  The Gemini PDA might be a proper throwback to mobile computing fitting that criteria.  That new Nokia 8110 looks good enough even though its not as rock like as back in the day in regards to materials but price point is perfect.

@Anonymouswrote:Yes Apple I’m looking at you specifically!!  I'm hunting for a 5c at present!

Make sure you get a 32gb version.

If you buy a 8gb it will be full before you save your contacts list and the 16gb will be full about a week after that.

I don’t do much on a mobile, so I was thinking 16 max.. I’m pretty sure that even that will be overkill! I shall see what Schpock has available!