Here goes my first attempt at writing a review for the Sony Xperia Z Ultra.

After unpacking, the first thing that baffled me was how to insert my Sim Card?
And I didn’t realise how big it actually was! But that is my own fault for not doing proper research on what was available on Try the Tech!
But a quick search online and I came across this useful link http://youtu.be/XDF70ZeO9mo

I hadn’t used a decent Android Handset for a long time, but it was straight forward enough to set up, and the step by step set up guide was useful.
I’d pre-empted getting this so had already transferred my contacts from my iOS account to my Google account.
Obviously, the phone had been reset to factory settings before being sent out. So I had a few of the Apps to update, and it did crash in the process. But that could've been down to me still using it whilst all the pre-installed apps were updating? It was fine afterwards!
It was a great size to use as a tablet, don’t think you could get away with using it as an everyday phone, not unless you used a BT headset or Sony’s own Smart Bluetooth Handset would look even better with it’s NFC!

Took it with to work, and fortunately have decent screen holder to keep it in place, and did try out the Sony’s own Sat Nav which came with a 30 day free trial. Obviously screen size came into it’s own then. Did lose signal a few times, as shown on image, but did manage 4G when had to stop in Sheffield. 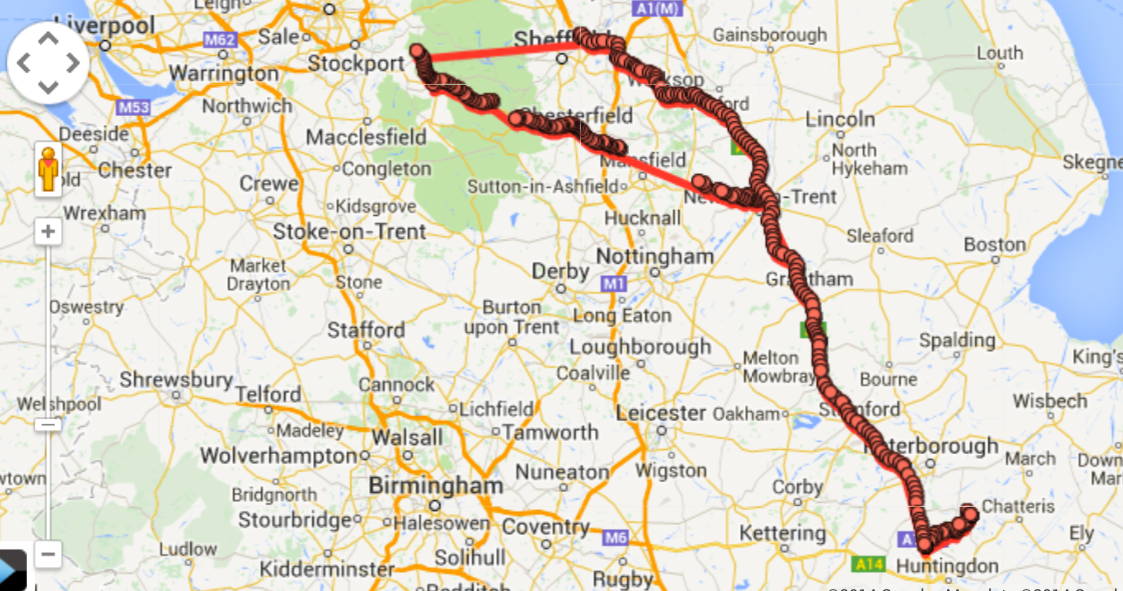 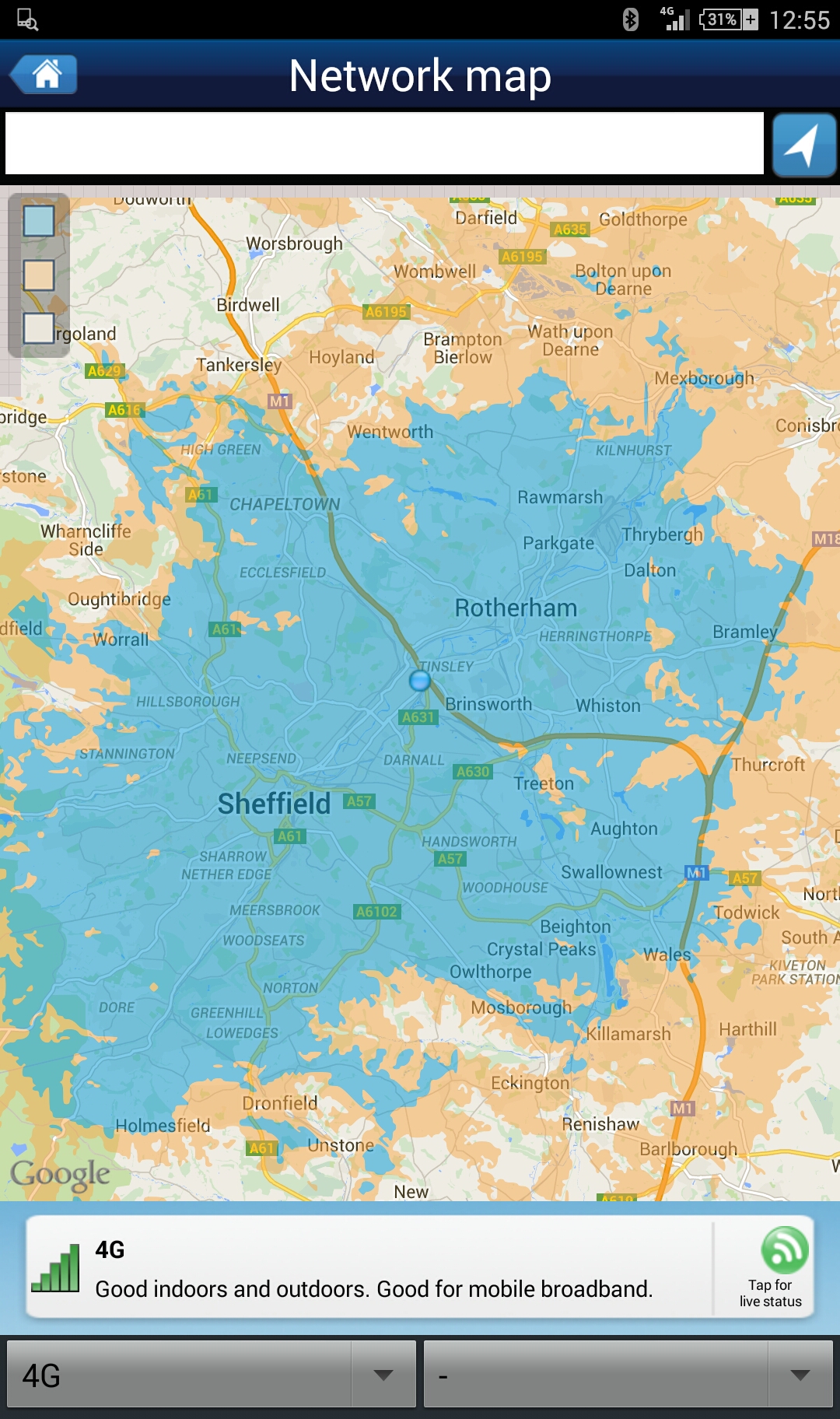 Was planning on stopping to have a play with camera but typical UK weather didn’t allow that!
Managed a few shots at Fireworks following Christmas Lights turn on, and managed to work out the burst mode to allow Auto Awesome to do its magic on Google Plus. 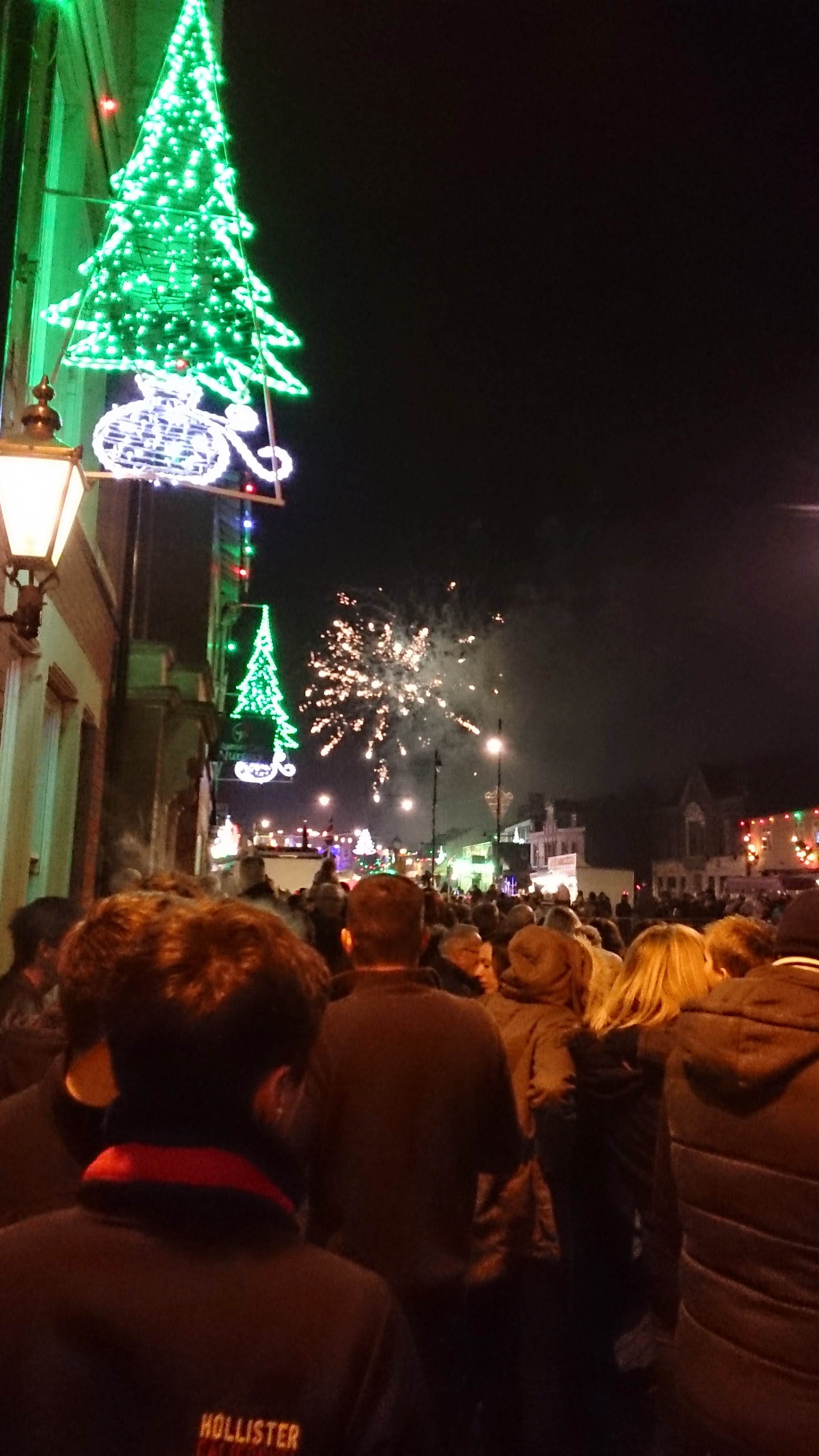 Comments
by MI5
Options
Nice to know it all worked out for you in the end and thanks for taking the time to post your review.......
0 Kudos
by Anonymous
Options
Hi Deaveman


They do feel rather large until you get used to it.

Do you think Android has come on since you last used one.

A well balanced review and a nice picture.

If I was scoring it as a Tablet/Phablet having never used anything else I would've scored 9/9.5!

As a phone I would have to knock it down maybe a couple of points only due to its size!

0 Kudos
by viridis
Options
Z2 or 3 would blow you away then..
0 Kudos
by Anonymous
Options
Hi

Very decent score out of ten too.
0 Kudos
by Cleoriff
Options

Hi @Anonymous  Thanks for posting your review (with pictures...always a winner in my opinion)

I personally would have delighted in the large screen...but I know they aren't everyones choice

0 Kudos
by viridis
Options
Oh, no seriously cleo, it's ridiculous.
I'm as big a sony fanboy as the next man but I'll put money on whoever designed that was taking the pee on purpose.
0 Kudos
by jonsie
Options

Hey Deaveman great to see that you like your new phone

Tried taking a pic on Z Ultra and iPhone5! 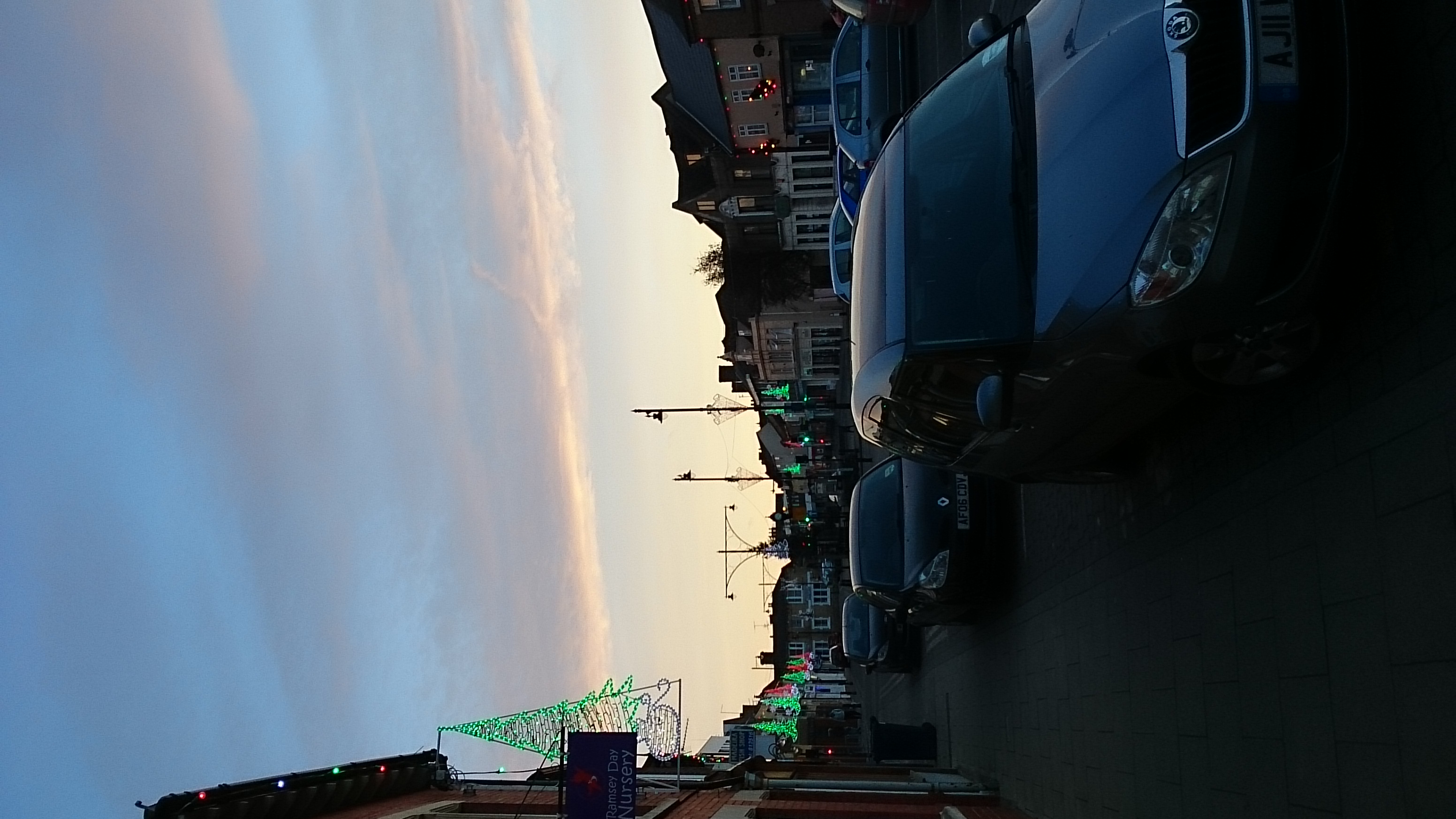 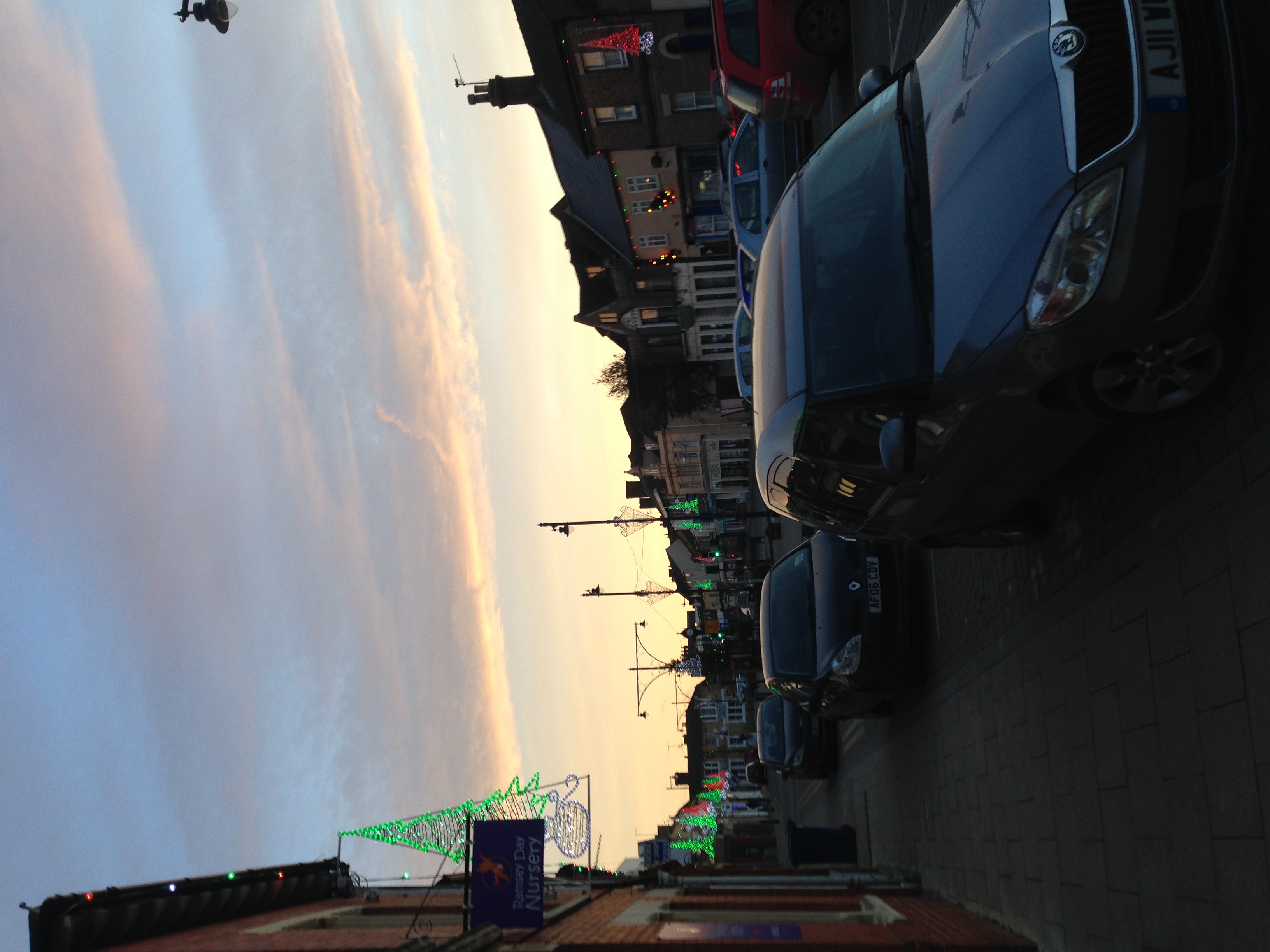 Images looked correct way round when loading them, but somehow need rotating on here?

1 Kudo
by viridis
Options
Top one looks better, which is which?
0 Kudos
by Anonymous
Options

Much better pic on the Ultra then....

0 Kudos
by viridis
Options
Tee hee, I knew that.
0 Kudos
by Cleoriff
Options

0 Kudos
by viridis
Options
I'm on a phone lmao,
No, the aspect ratio.
Well, plus it's a brill camera.
0 Kudos
by Cleoriff
Options

@viridis wrote:
I'm on a phone lmao,
No, the aspect ratio.
Well, plus it's a brill camera.

Yeah....but if I had 'mouseovered' beforehand... I could have told you...then you would have thought I was a whiz kid...

Think it would a better Camera on a smaller device!

After being converted, now looking at either M2 or Z3 compact?

I could have answered this on your behalf....but I thought I would leave it to you...

0 Kudos
by MI5
Options
I concur with the viridis Meister

Sony xperia z ultra now withdrawn by o2 just in time for my upgrade!!!! Any options available for obtaining??