It’s been rather quiet here at Chez Doink for a while… no letters, no packages, no witty remarks about how my 3310 has come back into fashion… and yet I still have an original (see, just there). 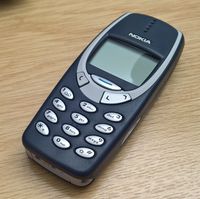 Then, would you believe it? A letter, a package and a deadline (complete with whooshing sound) arrived on the same day.  Opening them in the wrong order, the whooshing sound promptly went out the window, followed closely by the deadline and a lot of @Martin-O2's goodwill.  The package contained the Sony Xperia ZX and the letter said the following:

I need a device for work. It needs to work easily, look good and above all else, make sure I stand out from the crowd of my fellow wheelchair reviewers.  No pun was intended there.

Please can you help,

So, with a personality crisis on my hands, this was going to be a challenge. Since its Lent though, I denied myself vigorously, ceased to exist and set to work! 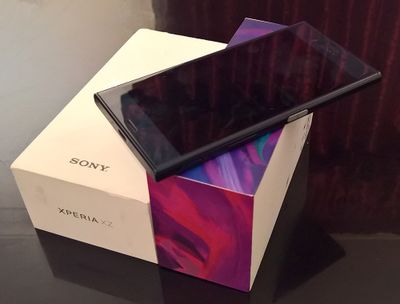 The phone is a top end device, complete with a 23MP rear camera and a 13MP front camera.  As well as this it has a 3.5mm headphone jack, a fingerprint scanner, NFC and a camera button.  Charging is through USB-C (like the Microsoft Lumia 950) and the phone is powered by a Snapdragon 820. It’s not slow nor is it small – a 5.2” screen shows you all you could dream of seeing.

A phone in the hand is worth… 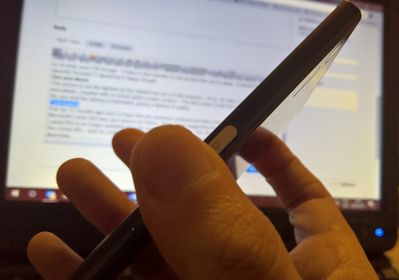 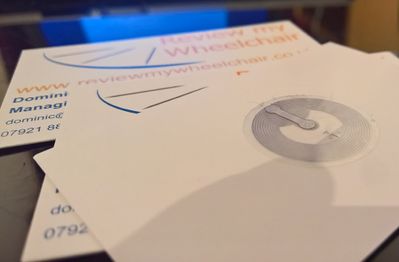 Using your thumb to unlock it.  The fingerprint reader is located in the power button the right hand side.  The layout is a little odd, with the volume rocker beneath the power button and the camera button at the very bottom.  That is a small niggle though on a device that is comfortable to use.  Other unlock options include PIN and pattern, as with any other Android phone.  The camera button will open the camera app from standby too, which is helpful.

Not in this case.  32GB of storage space and the capacity to have a Micro SD card up to 256GB as well.  It’s got acres of space, which is good if you like to shot with it’s 4K video capture tools.  The photos come out clear as well.  The built in software has an automatic mode and an easy-to-use manual mode.  Compared to the Microsoft Camera Pro (which is extremely good), this is on par and gives a run for the money.  The colours are rich and the optics give you the feeling that the investment you made was a good one.  Handy if you make first contact – talking of which…

I use NFC a lot for work.  I read a lot of transport-ITSO cards, often to identify if it has been properly encoded.  I also use a lot of N-TAG216 and other related contactless kit.  So, since I had a business card in my hand, I downloaded the NXP reader and writer apps.  In minutes I had put a tag on the back of the business card with the website built in – handy for when you’re wanting people to find you on the internet.  Likewise, programming a 216 with my business card was no problem.  The only snag is that the NFC interface is on the top corner of the front of the device – meaning when a tag touches in, the phone wants to give you a notification and then you have to lift the tag off to clear it out of the way.  A small black mark for an otherwise brilliant feature.

More info
(If you don't have a need for NFC business cards, you could always do what my friends have done - they've NFC tagged Cards Against Humanity with the card contents so that a visually impaired friend can also play.  Other card games are available.)

Since the phone has the Snapdragon 820 quad-core processor and 32gb of space, the phone quite easily handles Microsoft Office, including Word, Excel, Outlook and Onedrive.  I hold an Office 365 Business account and I could sign in with ease to these apps.  I could download my emails, locate files on the Onedrive and edit a document whilst out and about.  However, with my Lumia 950 I can connect it to my Continuum Dock and use it as a fullish Windows 10 PC.  I can’t do that with the Xperia XZ.

The thumb print reader helps you to keep the phone secure.  It’s a handy feature on par with the Microsoft Hello tool, which has met with the approval of IT admins everywhere.  If you reboot your phone, you’ll need to re-enter your PIN though.  It takes a few minutes to set up and then you’re away.  It should keep the security focused IT department happy though.

The phone is not the lightest on the market but nor is it the heaviest - 161g.  Its case is a sudo-sort of metal and plastic, coupled with a curved glass screen surface.  The blue colour of the one loaned to me is easy on the eye and the styling is minimalist, giving a feeling of quality.  The phone, with its power, can handle a lot of apps, so why not use the Facebook Business Page app to go live for your business? 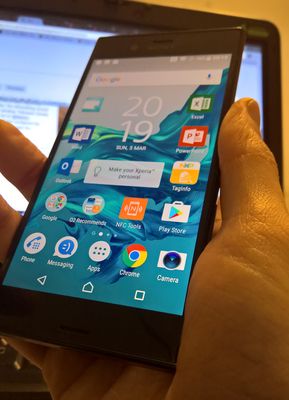 Ask me 12 months ago and I’d have told any business professional that if they wanted a phone for work, the Microsoft Lumia 950 was your device of choice.  Now, I’d be suggesting the Xperia XZ – not because the Lumia 950 is no longer available through most channels, either.  This device has near the same benefits of the Lumia 950 – just no continuum.  And if you want the bigger screen, the Xperia XZ Premium has just been launched.

Want to stand out from the crowd?  You probably would with this phone. 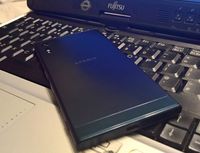 Comments
by viridis
Options
When you hold it in landscape for photography.... Those buttons suddenly make so much sense.
Glad to read you enjoyed it, and the blue is certainly the nicest colour imo.
A great read.
1 Kudo
by Cleoriff
Options

Excellent review @Daddydoink. A different slant on the other XZ review here ...as you have looked at it from a business use perspective.... I found that aspect particularly interesting. Well done.

Well presented in your inimitable way ... interesting ... given that I'll never ever 'get the detail' in any sort of review of any sort of device = I was able to follow the gist of what you're saying, credit to you Mr Doink

Interesting to see the NFC part. Never knew you could create your own tags to read.

Also glad to see another cards against humanity fan as well.

thanks for the comments all  :-)

Great review @Daddydoink! I also enjoyed reading about the NFC functionality as it's not something I've ever used.