This is my first review, please be gentle.

Also it has been said I am a bit of a nerd, so you might need some popcorn ready.

I have owned all the UK released Notes. ( As well as most of the S's.)

Buying them annually from the 8 to this one ( after the 18 month hiatus due to the Note 7 Fireball Edition ) is mostly incremental upgrades. But, and it's a big but, the note is always more than the sum of its parts. It's a tool. A Swiss army knife.

And this one is the best yet .

What does all this equate to - Top of the food chain. 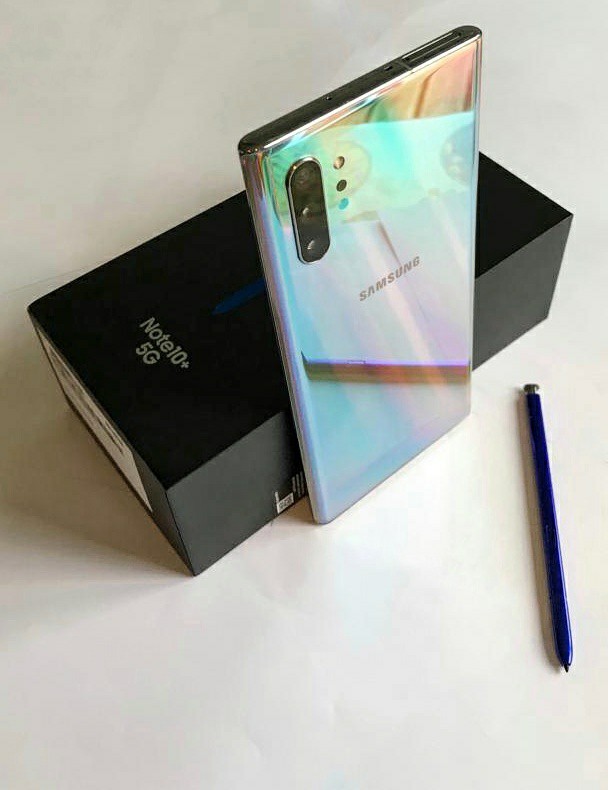 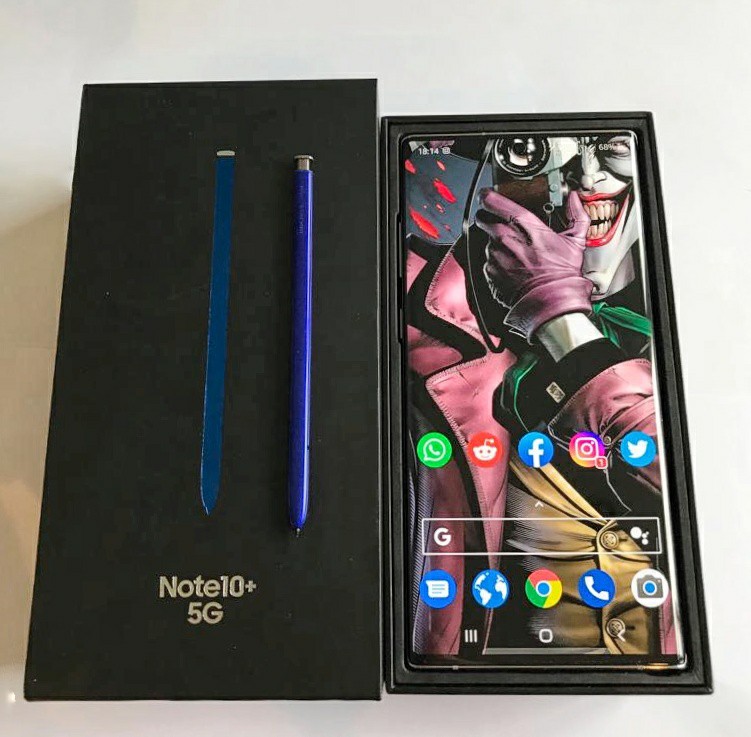 In the box is the Phone with pre applied screen protector, 25W fast charger, USB-C AKG braided headphones with extra buds, extra SPen Tips and remover and some books to flick into the bin.

Samsung simply does not do presentation.  For their current flagship the out the box wow is missing. Same box as the Note 8 and 9. At least with the 9 you got some nice Samsung goodies and a large thank you card. Some markets get a case included, not us.

The 10+ is lighter and thinner than its Note 9 predecessor.  And it feels it.  It just feels good in the hand, giggity

I'm a big fan of the notes boxier design with more squared off edges and less prominent screen curve.

It's comfortable. That said, I have large gorilla hands.

It's managed to increase the screen size and battery size in a footprint almost exactly as the Note 9. This is largely due to ditching the old school 3.5mm headphone jack.  More on that later. 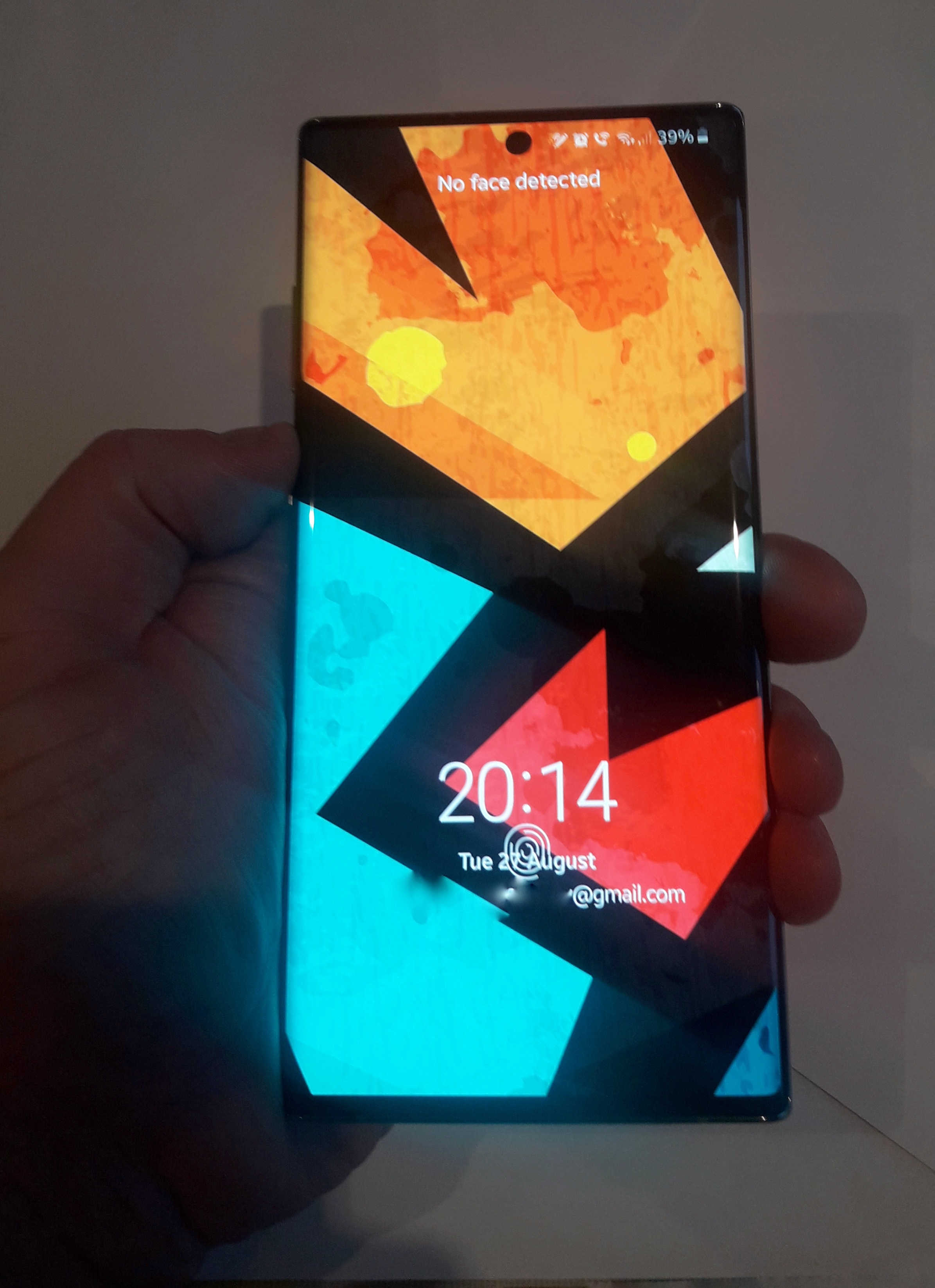 The ultrasonic fingerprint sensor works great. I have had zero issues with it. Its far better placed than previous notes.

That said, I use it to unlock for payments only.

Lift to wake with face recognition is now so lightening quick I very rarely use the Fps. Lift the phone and its unlocked before you can think about it.

Colour, oh the colour. Any pictures can not to do the Aura Glow justice. Finally an exciting colour available in the UK. Mostly silver most of the time. The rest of the time it is every other colour all the time.

Only other colour available for this model at release is Aura Black. Both look amazing in person.

My own experience of the battery is great . Definitely an all day one. Although very very subjective, my usage case is as follows. -

Off charger at 7am. Home at 6pm. 3-4hrs screen time. 3hrs+ talk time on Bluetooth. Screen at quad HD with adaptive brightness. 3hrs or so of music streaming.

Unfortunately Samsung have pulled an Apple and not included the 45W brick in the box. Only the 25W.

That said those that have their hands on both the 25W and 45W have indicated that there is not much difference in them.

My own experience here is the 25W is more than enough. 2pc battery charge per minute in the mid range ( fast charger tails off at the upper end). 15minutes blast gets you 30pc. Whole battery 0-100 timed by me at 1hr 8mins.

I won't post any examples here other than to show the field of view difference between the 3 lenses . You can see other examples in our excellent community photo thread. Photo thread link

I'm just happy if they don't turn out blurry 😂.

Quad camera setup on rear . Zoom, main, wide and Time of Flight. Nothing short of astounding. Even coming from a S10+ or Note9 the difference is immediately noticeable. The processing and machine learning has came a long way.

Night sight is freaky good at taking pictures in the dark, and I mean very dark.

I'm not a big video taker, but the new stability feature is black magic. I tried it running and it's like using a gimbal.

The directional sound recording where you zoom in on a part of your video and the sound follows seems to work too.

It also allows various effects like 3D scanning and Augmented Reality. Gimmick? Maybe. But the whole point of the note is that it can do things you hadn't even thought of.

The front camera is a 10MP single shooter. It has a software produced wide angle mode. I'm not a big selfier, but it appears better than the note 9 or S10. I do use it a lot for video calling . 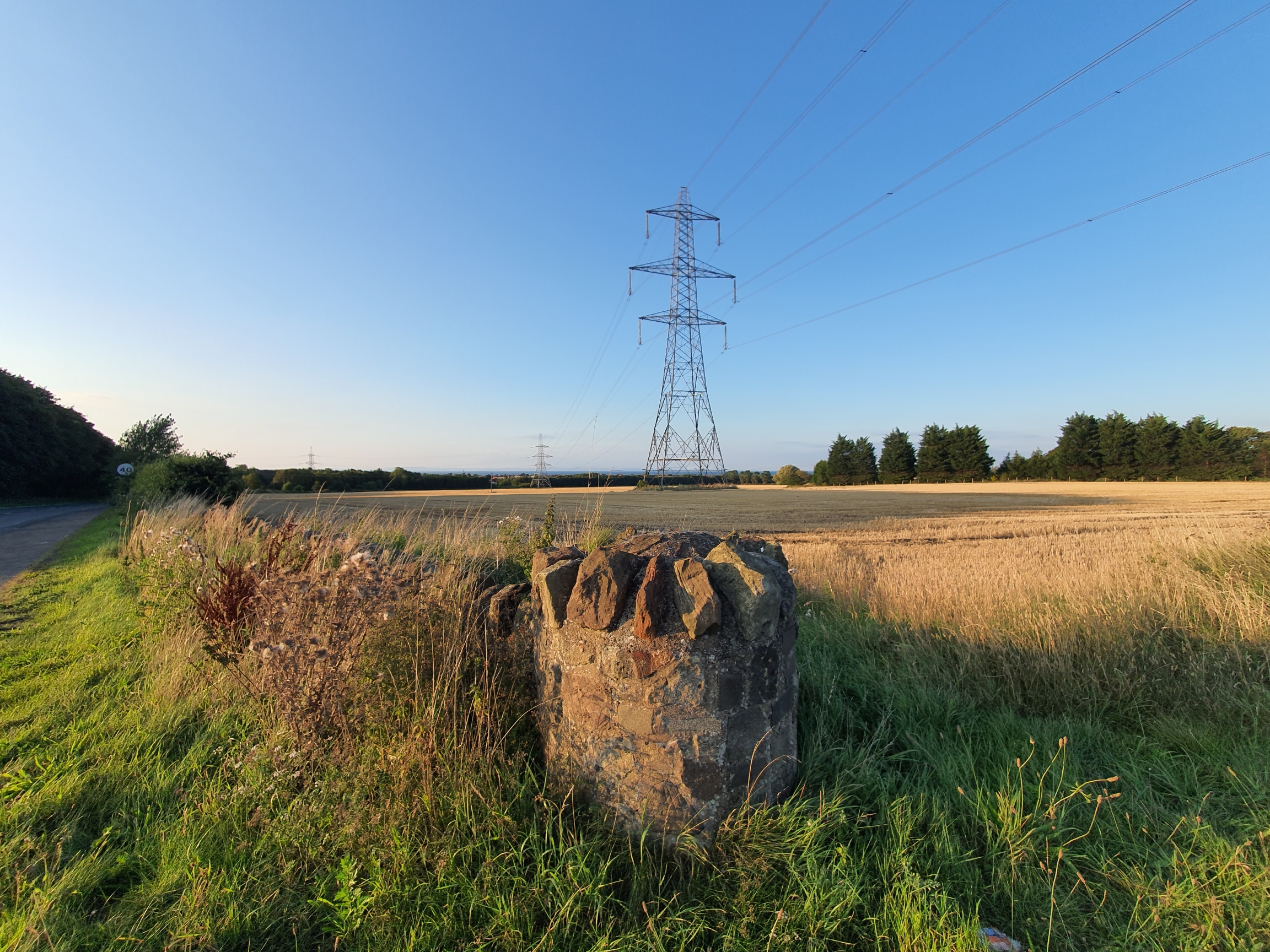 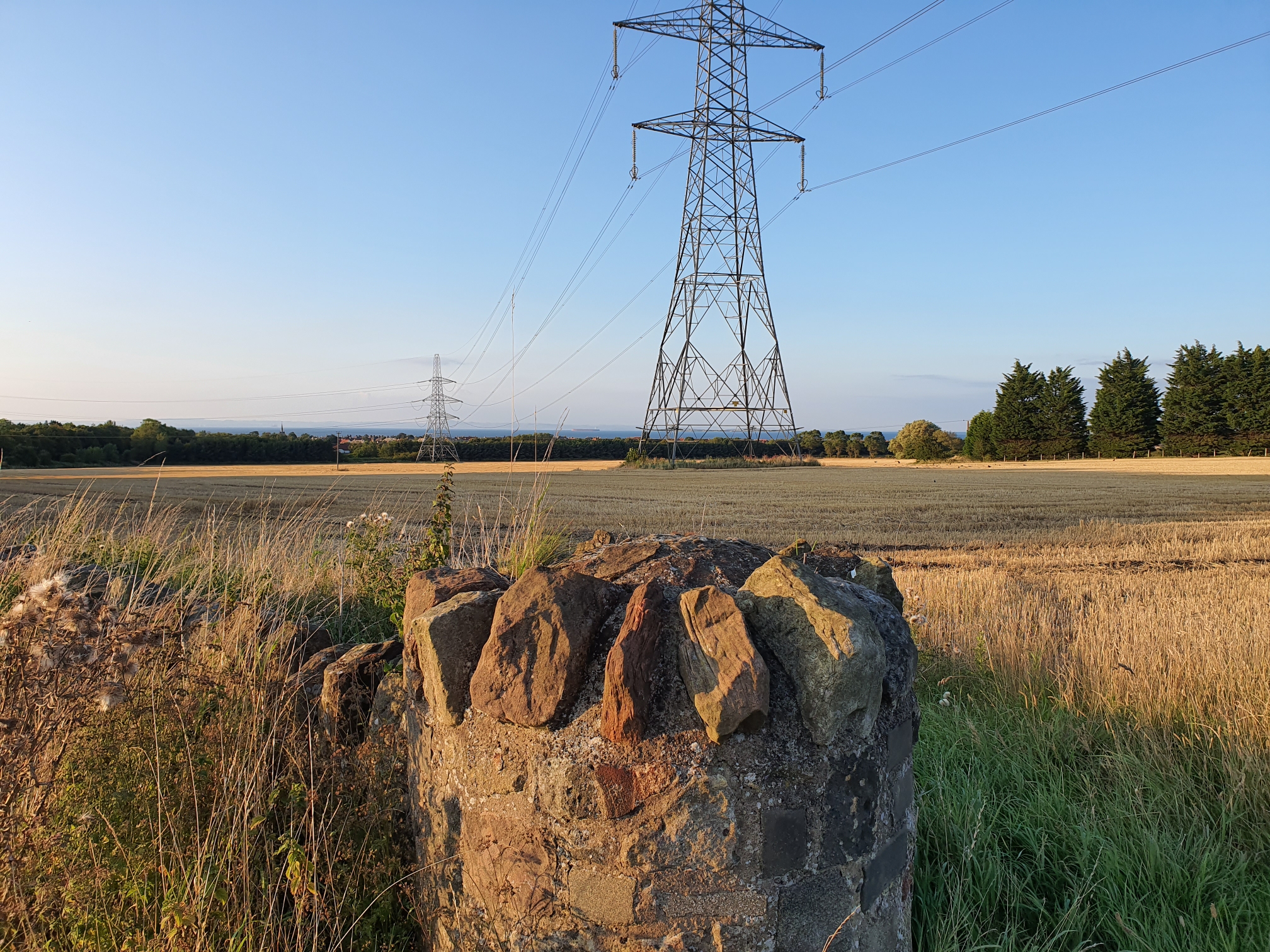 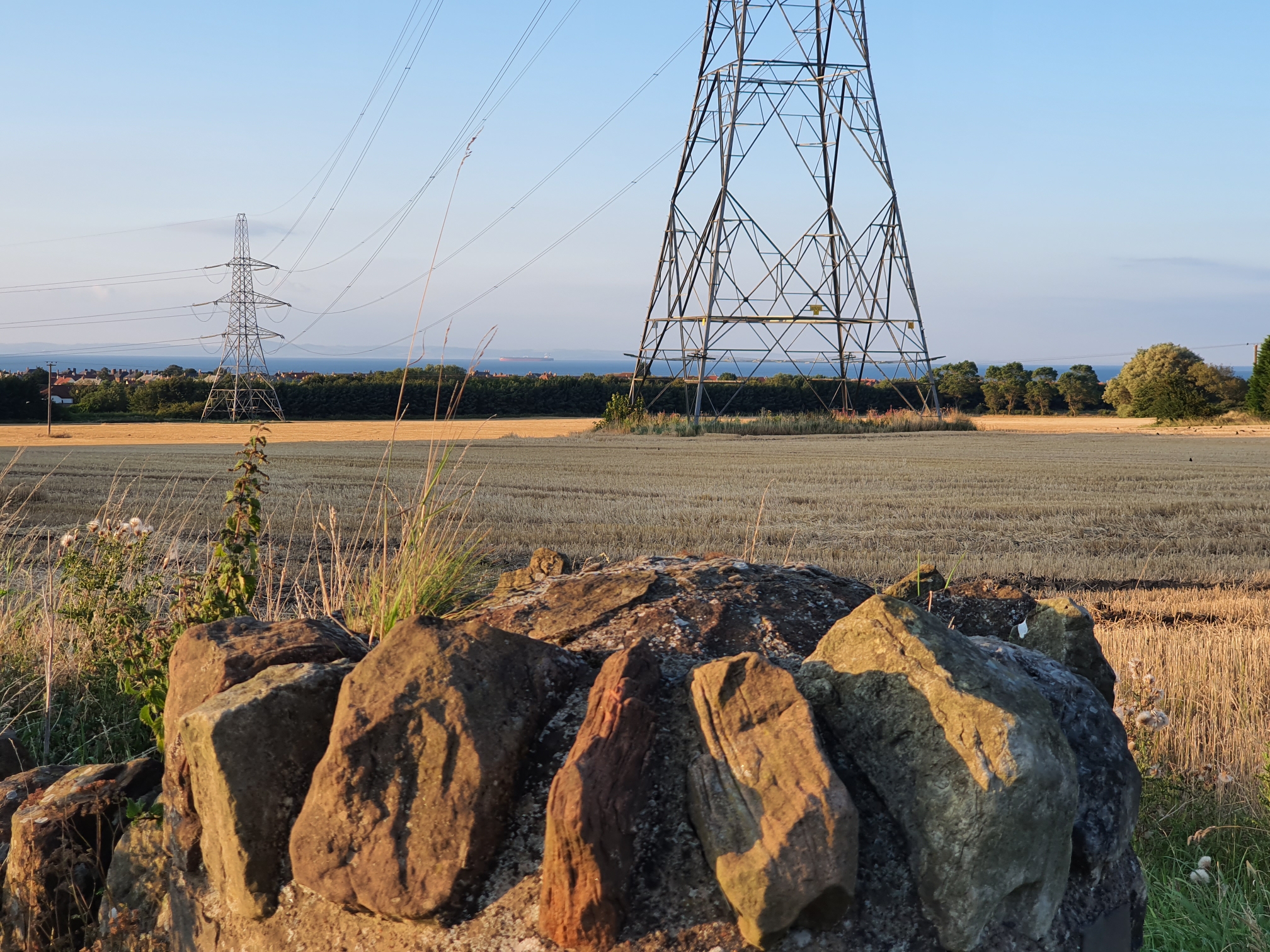 So, what's missing? What are the elephants in the room?

Price. TGH - Too Godttam High. When your phone costs the same as 2 nights at Centre Parcs in the school holidays you know its time to reign it in.

Headphone jack. - The 3.5mm is gone. Allegedly to give an extra 200mAh of battery. Not an issue for me, but it's an omission in the tool box that will effect others.

Screen - The screen is exemplary. The best there is. Brighter and clearer than anything I have seen. BUT, they didn't include the 90Hz refresh rate that the Samsung made screen on the OnePlus7Pro has. Once you try it, it's hard to go back. It makes that much of a difference to the smoothness.

No iris scanner or IR blaster. These were on previous notes and now missing on the 10.

I personally never used them

It's incredibly fast with the new UFS3.0 storage and completely new file system.

Every single action is instant.

Anyone with a PC, think the first time you used a SSD drive. The difference even over my Note 9 is very noticeable.

The infinity O  punch hole design is a great solution. I don't mind it at all. My eyes don't notice the punch when using it now. 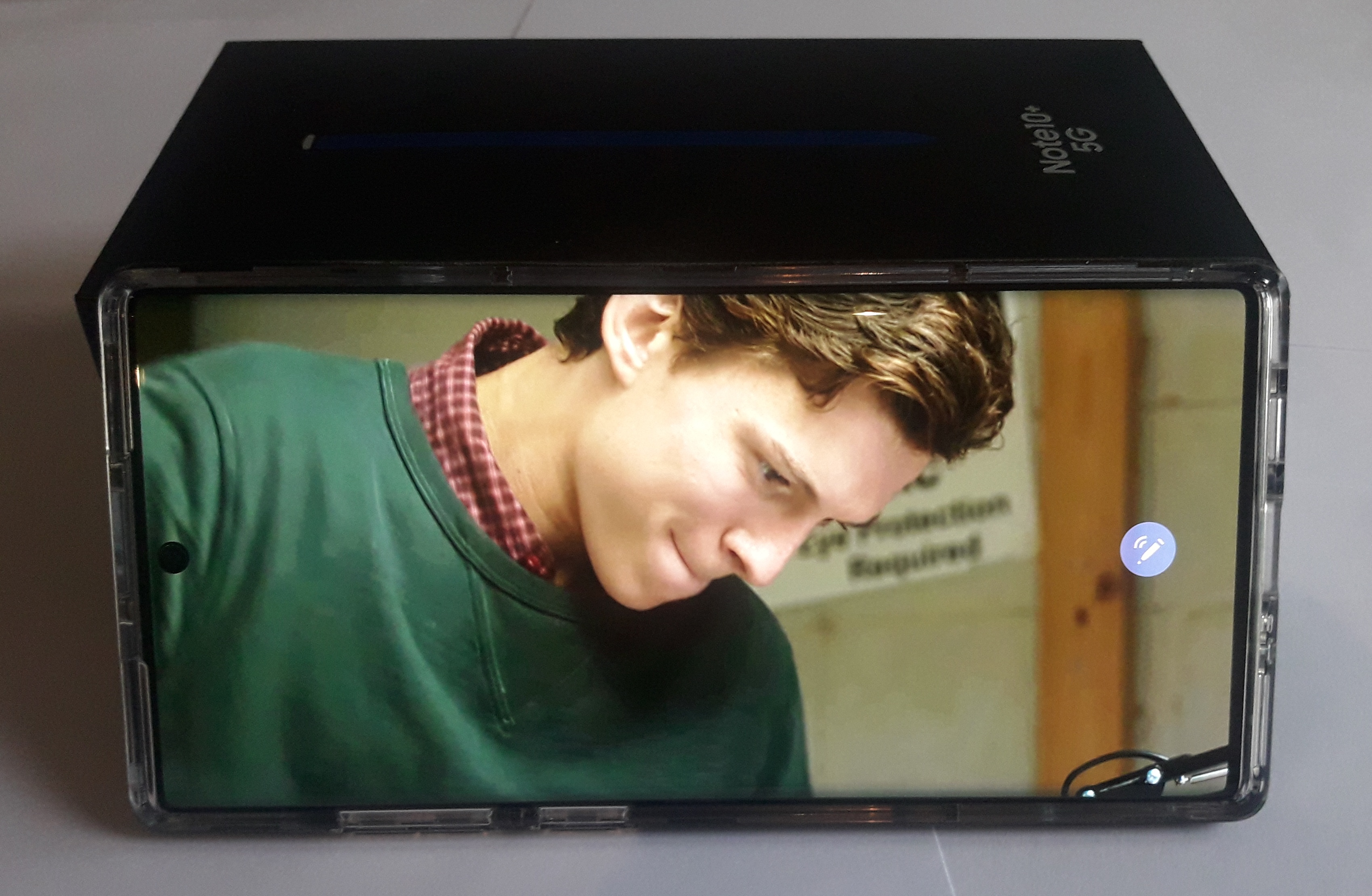 The cameras are amazing. Full stop.

I have not even scratched the surface.

It has an all day battery and super fast charging.

It's beautiful to behold with a top tier premium construction. Probably one of the best made phones ever . It really is a thing of beauty.

The SPen has lots of new tricks up its sleeve. Gestures and swipes. One you use a Spen, you can't go back.

It's eye watering expensive. You have to pay to play. But this is ridiculous.

That said, no other device available can do what this one can. None.

At this price point it is a personal choice. I could have chosen any device.

I chose this one. I'm not disappointed.

This was my own personal view after a whole week with the phone.

O2 WiFi calling and VoLTE work out of the box.

This is the 5G version. The 4G version is exactly the same except £100 cheaper.

Only time will tell if using 5G has any detrimental effect on battery.

Thanks for reading, Boss/

A fantastic unbiased review, a phone I would love to be able to afford but there again, I've loved all my Notes

Is it too late for the August award or is this one for next month @Marjo ?

What a brilliant review @BOSSGOGG

Nice to see the negatives as well as the positives. The photos look superb. I'm not technical at all but this made for easy reading.

Anyway thanks for the review, no apologies for it being your first one. It was excellent.

What an amazing first review @BOSSGOGG, thank you so much for taking the time to put it together!

It looks like a really great device, and as always, your photos did not disappoint

Like your review very much, punchy, not too techy, understandable and certainly not boring!

Great review @BOSSGOGG - not techy for non-geeks like me

Should be put forward for award

2 Kudos
by BOSSGOGG
Options
Thanks for the kind comments.
Of course I see all my spelling and formatting mistakes now. 😂.

Just caught up with this now as I wanted to take proper time to read your your review instead of glancing at it in a hurry @BOSSGOGG.

Very clear reading, love the bold bright headers, it makes it easy to follow. Love the photos too with their colours and clarity - so crisp! Cheers for including the part about your own usage case in the battery section. I think that's very helpful information for those considering the device and wondering how long the battery lasts with certain types of use.

Lovely review and your first one too here on the community!

Cheers for putting it together!

Just to echo the other comments - nice review @BOSSGOGG.

Am yet to be convinced by the pin hole camera thing, and while I am moving towards BT headphones I still need one - my car for instance does not have BT for audio so would be a pain there.

Does this new one still transform to a PC replacement with the appropriate dock and have you used it as such?

Yeah, wasn't sure about the pinhole camera but my eye doesn't see it anymore . It's definitely better than notch solutions or even the off to the side version on the S10+

I'm a little disappointed they didn't include a adaptor in the box for usb-c to 3.5mm. Even if they are only a few pounds.

Yes  it's still DEX enabled  This has come a long way since trying it on my Note 8.

It's way slicker now and only requires a cable  no Dock. I have also been playing with the DEX on pc ( runs DEX inside a window on windows   ) although only briefly so far  As always the note does far more than most will ever use.