I hope you've been enjoying this past week and are looking forward to the sunny Saturday and Sunday ahead! ☀️

It's time to post a new Community Spotlight today!

You might have seen SamsungFanBoy around on the Community since April this year, discussing various topics in several help boards as well as Discussions & Feedback. We thought it would be great to learn a bit more about him! Thanks very much @SamsungFanBoy  for answering our questions below.

Don't hesitate to say hi everyone and ask if you have any additional questions not listed here!

What's your name and where are you from?

My name is Simon and I'm from the East Midlands.

Why did you join and stay on the community?

I joined the EE community when it first started up (I was an EE customer at the time). I quite enjoyed it and end up with them making me a Community Manager giving me access to the lounge area because of my knowledge. They asked me if I'd worked in telco before which I hadn't so that was pretty cool. That's why when I left EE, I joined the O2 Community. I guess I like to use it as a way as well to keep up to date.

Based on your username, you're obviously a fan of Samsung.

What made you a fan originally?

I am a fan of Samsung. My first Samsung phone was the Samsung A300 on BT Cellnet (now O2) which was the first black and white flip phone that had the dual display so you could see from the front who was calling you which wasn't previously possible and by flipping the phone up on the older models, you had no choice but answer as they used to answer automatically. This gave users a choice to answer or not. I loved it and thought it was ace! I've loved their phones ever since!

I had their first touch screen phone the Samsung Tocco F480, to their first smartphone on their own now defunct operating system called Bada which was the Samsung Wave S8500 then I went onto the Galaxy S range. I started off with their very first watch which was called Samsung Gear and had a lovely orange strap with a camera protruding out at the side which very often used to be caught and I'd be recording the pavement as I was walking around lol! I also had the first very Galaxy Tab 10.1 so yeah, I should have shares. 😛

What toppings belong on your favourite pizza?

My favourite pizza is probably a margarita with extra mozzarella, sundried tomatoes and basil pesto.

Do you have any pets?

I don't have any pets although I like cats.

What do you like to do in your spare time?

In my spare time, I love to get out and about. Travel and see new and exciting places!

Which future development in tech are you excited about?

I'm definitely most excited about the 5G roll out. The speeds are going to be amazing! I just hope it comes to my region fairly quickly.

I've just recently subscribed to a TV app and I've been streaming the Chernobyl Series to my TV and I've absolutely loved it! Another TV series fave is The Tudors which was aired a few years ago.

My favourite film is probably The Cunjuring 2. Not many horror films make me jump but that one did!

Do you listen to any specific music genre and what's your favourite artist/band?

I'm definitely a 90s head when it comes to music.. Mainly Electronic, Pop & Trip Hop. I have different favourite artists so really I can't choose just one.

I do really like Röyksopp and Susanne Sundfør though. I was also a fan of the original Sugababes.

If you had to spend 5 months on a deserted island isolated from the rest of the world, what 5 items would you take with you?

If I was to spend 5 months on a desert island

A great spotlight. (Lovely to hear you are a fan of Samsung....my phone of choice, always)

Great to see you loved Chernobyl. One of my favourite series this year.

Just a few questions from me.

You say you like to Travel...so where is your favourite place?

You love 90's music, mainly electronic etc. Do you like The Prodigy?

Re your Desert Island choice.....where would you charge your S10?

That's it from me so far. Lovely spotlight and great to know a bit more about you.

Thanks to @Marjo and the team for another interesting spotlight - look out though, sounds as if someone is after you!!
Did you try the Omnia @SamsungFanBoy? I still have mine kicking about and it is surprisingly heavy for such a little thing!
I was going to ask about charging, but would you not want an air con unit? Or a hammock/other bed?

Hi SamsungFanBoy. Lovely to know a bit more about another Samsung fan. I love their phones, their TVs, blu-ray players just to mention 3.

Like @Cleoriff I'm curious about where you've been in the world and where you'd like to go next?

Great spotlight @SamsungFanBoy ! Glad to hear you like cats!

I still need to see The Cunjuring 2! I do love a good horror movie. 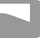 The Spotlight beam catches another star in the making...

Great to learn more about you, @SamsungFanBoy... even if I have never owned one! 😎

LOL! I was multitasking at the time of filling this out so I didn't really give it too much thought! Guess I might have needed some food too.

You need to see it! It's good