And now, for something completely different.... 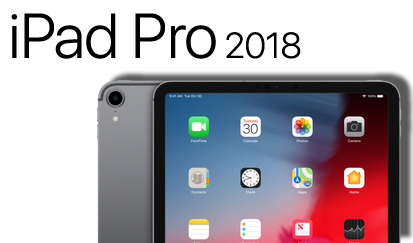 Well, let's begin this completely normal and ''fully within character'' review by acknowledging the elephant in the room, one that I feel needs addressing within this first section, and one that will already have caused some confusion amongst the regulars...... Happy new year!!

phew, now that that's out the way lets begin the normal introduction as.. well.. normal.

the Apple iPad Pro 2018 in this review is the 11'' version which comes with some ''life adjustments'' that you dont see written in the specs.

First off is a slight language adjustment due to some wierd cult thing where you can't refer to the ipad as ''the'' iPad and instead its just ''iPad''. An example of this is as thus follows:

''you can do this or that on the iPad'' = this is wrong, we've been saying it wrong.

''you can do this or that on iPad'' = this is correct, paying respect at a language level to iPads sentient nature.

Secondly is this wierd thing where actual specs don't seem to actually matter, it's bizzare. For some reason no-one seems to give a monkeys on certain specs. maybe it's just us or me, maybe we've been thinking wrong all these years.. maybe this is what thinking differently means.

By now you're probably thinking that this is some kind of wind up, a new year joke... no, I have a 4 year title to defend and defend that shizz I will. 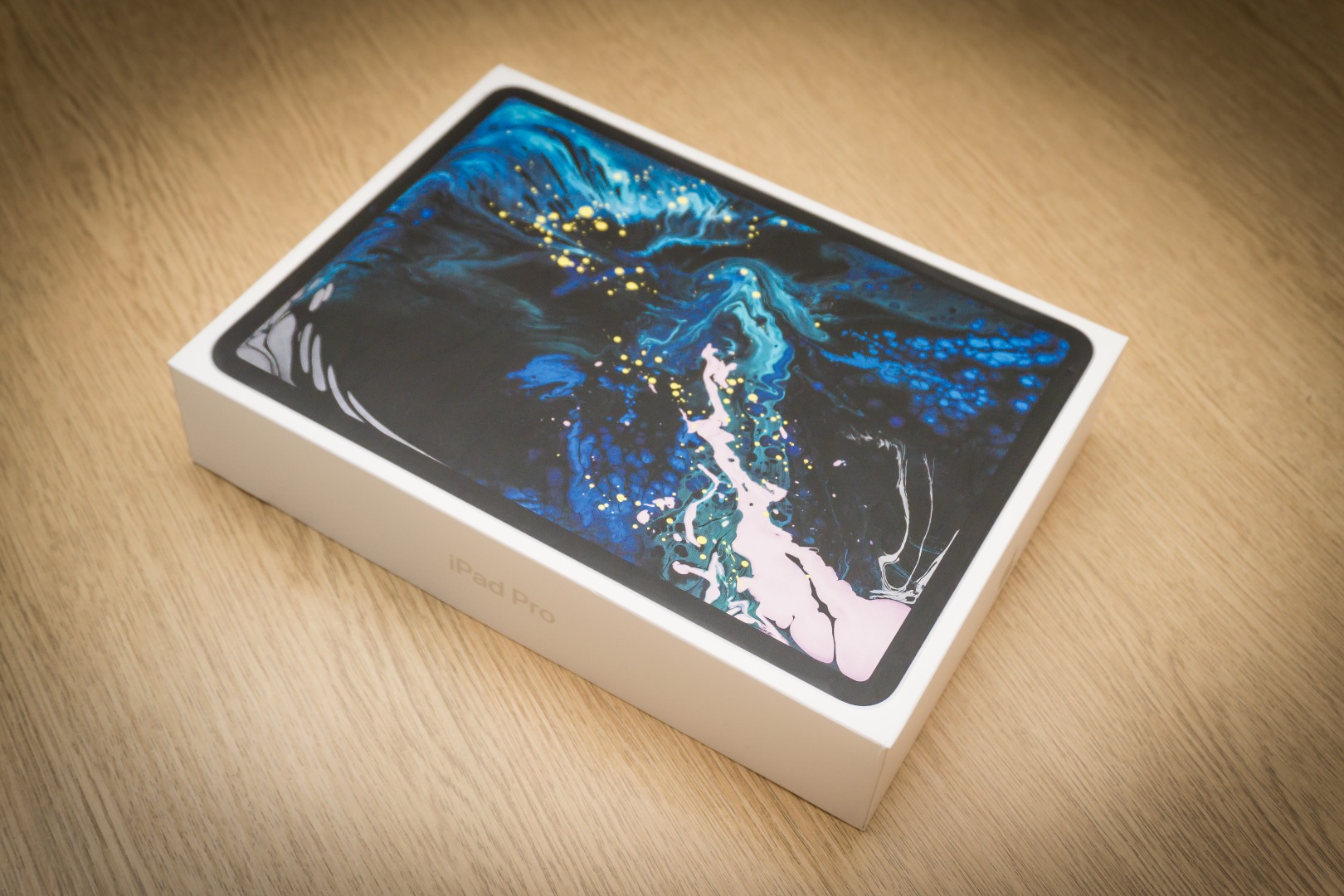 And heres your first look inside (well, it wasn't, i put a protector on it like immediately) 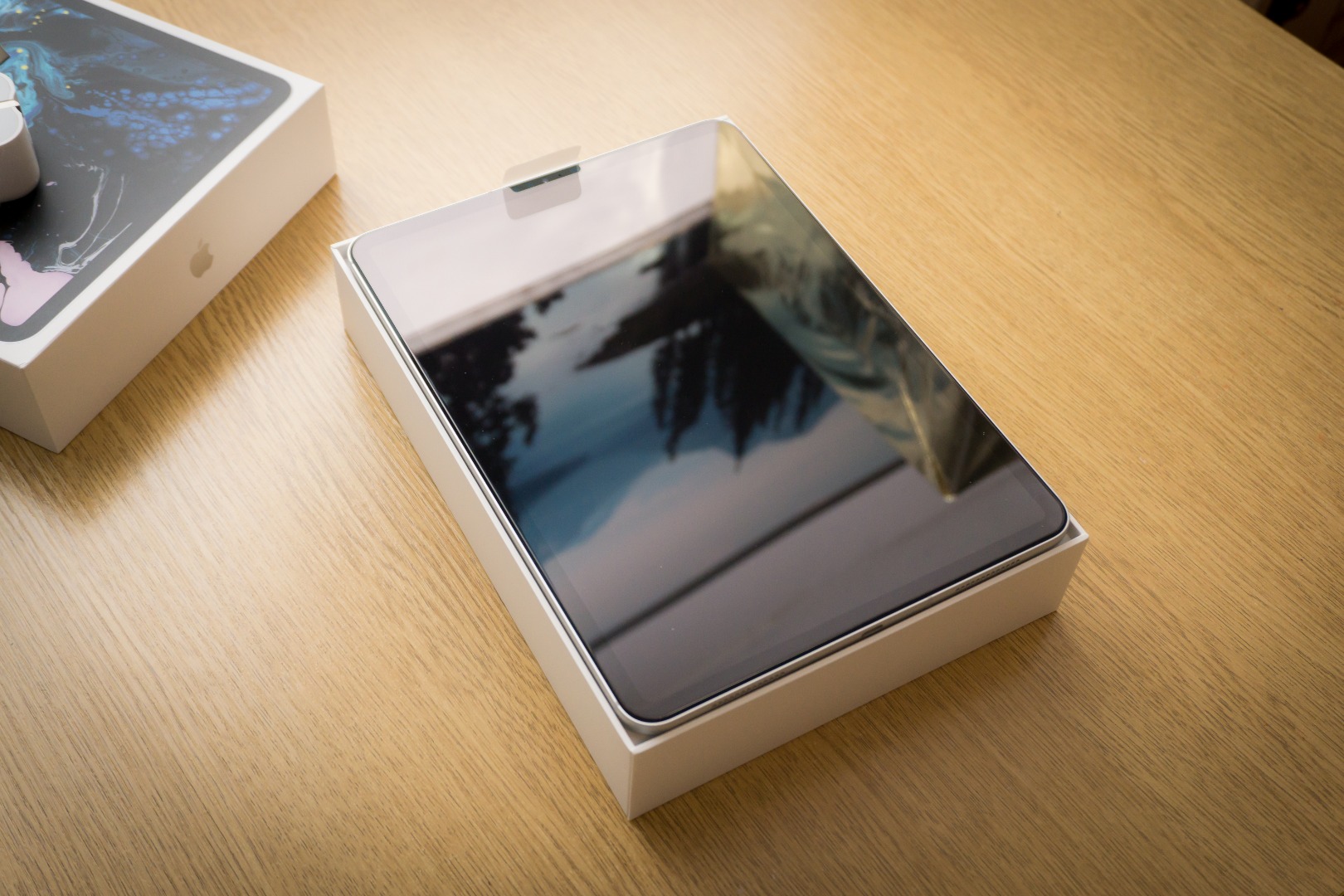 Here be the Box contents 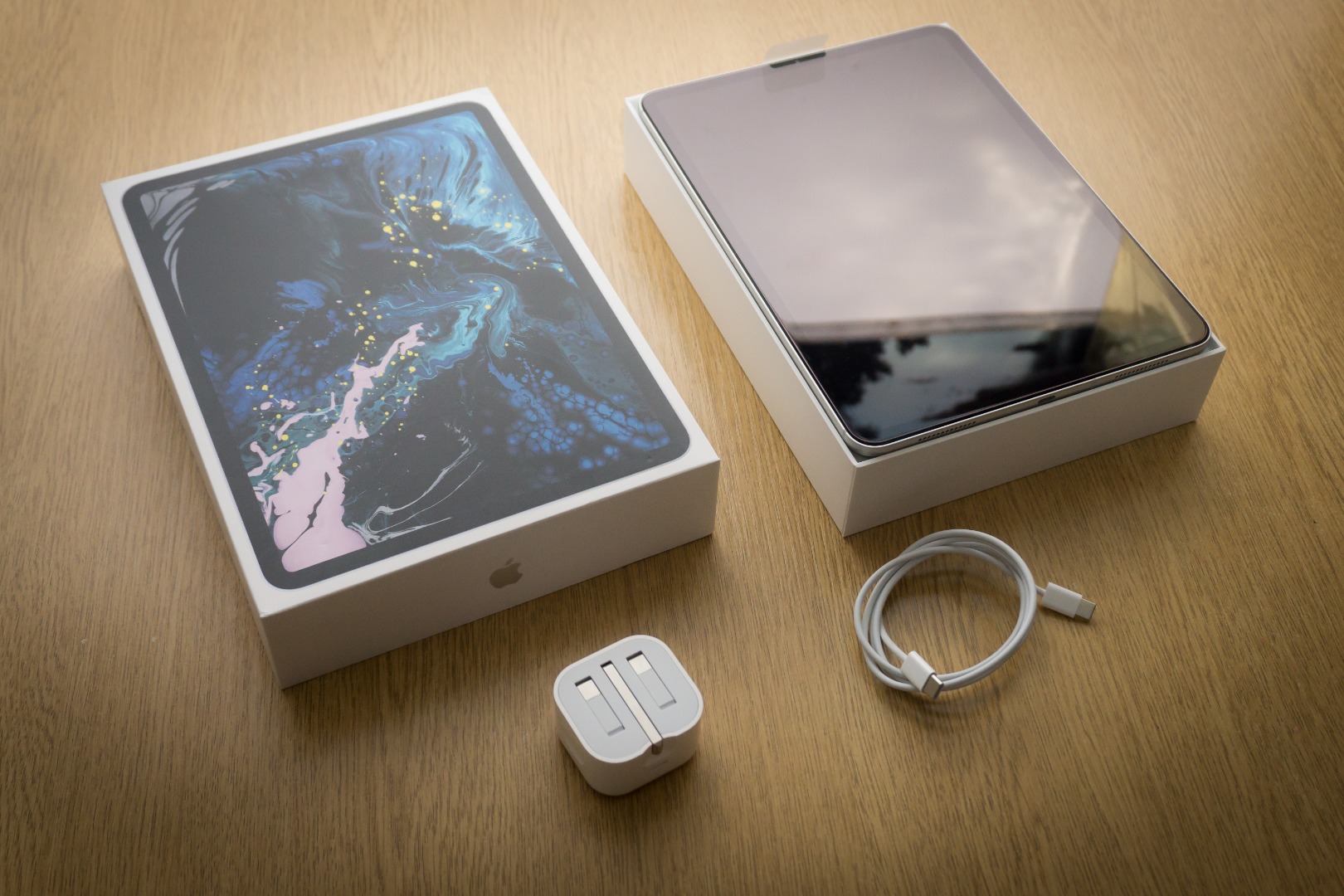 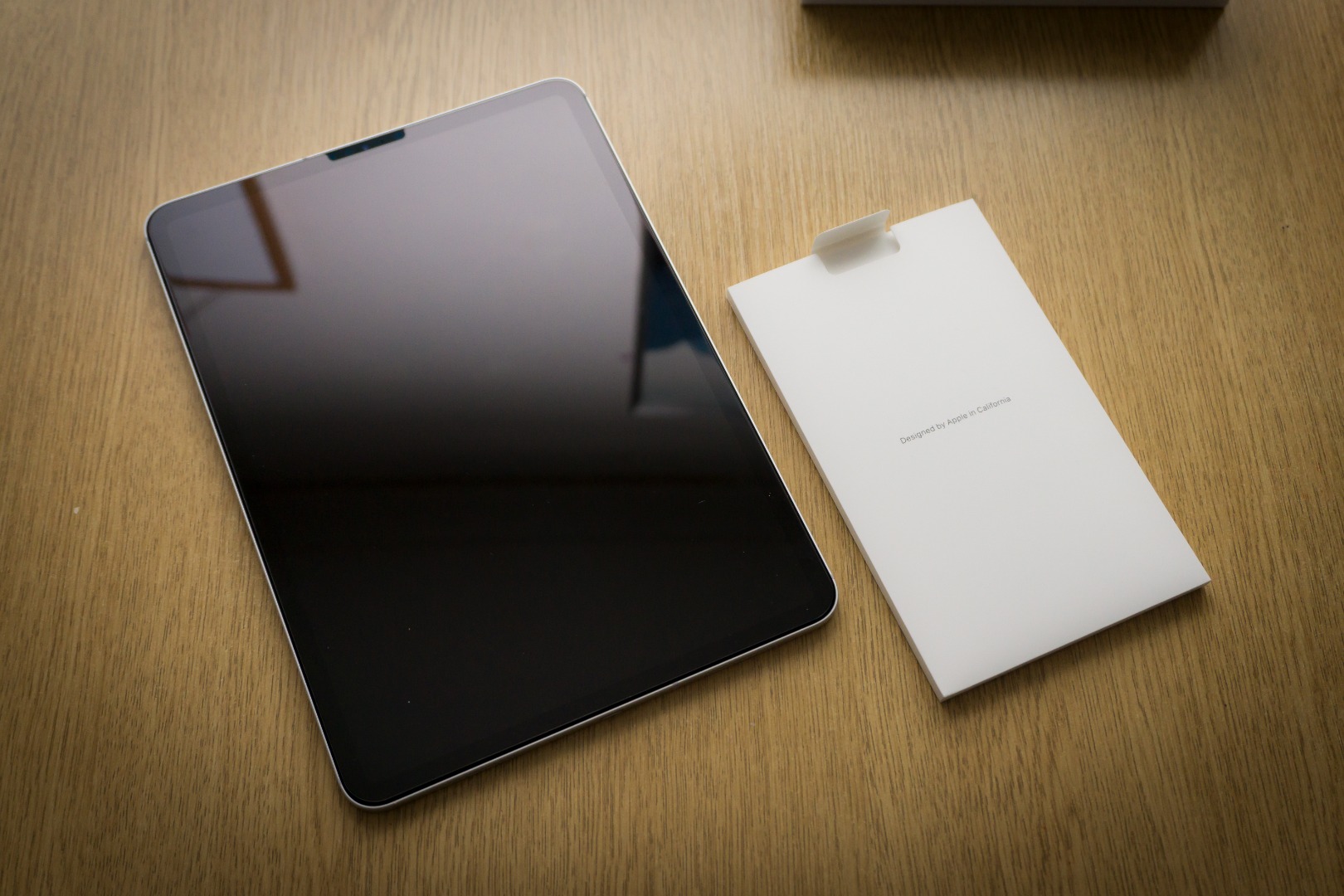 you dont find a USB C to 3.5mm adapter (Boo, cheapskates) but any 3rd party one with built in DAC will work (welcome to 2016 Apple)

I was genuinely impressed with the charger, the pins automatically ping open when you move the earth pin slightly, 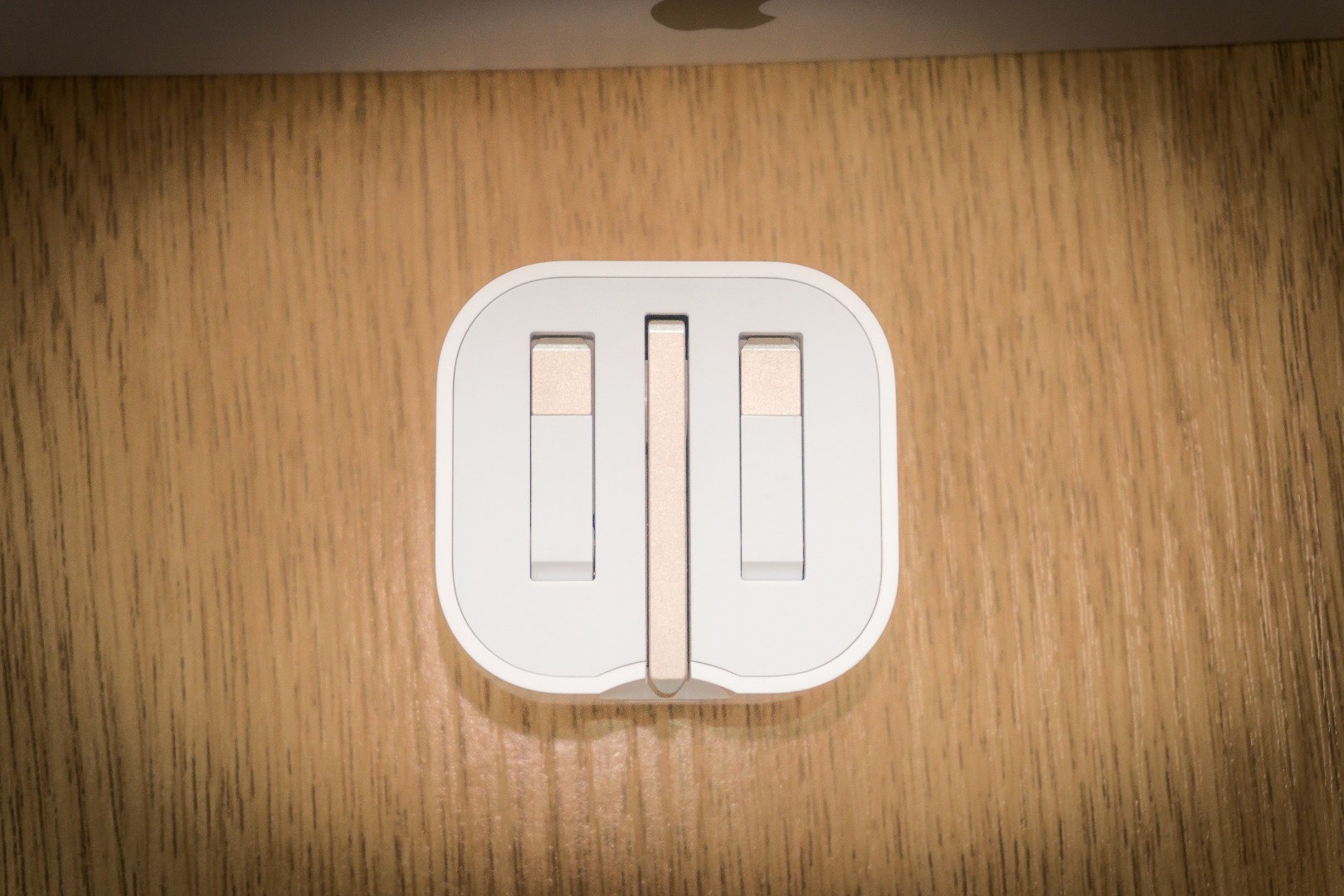 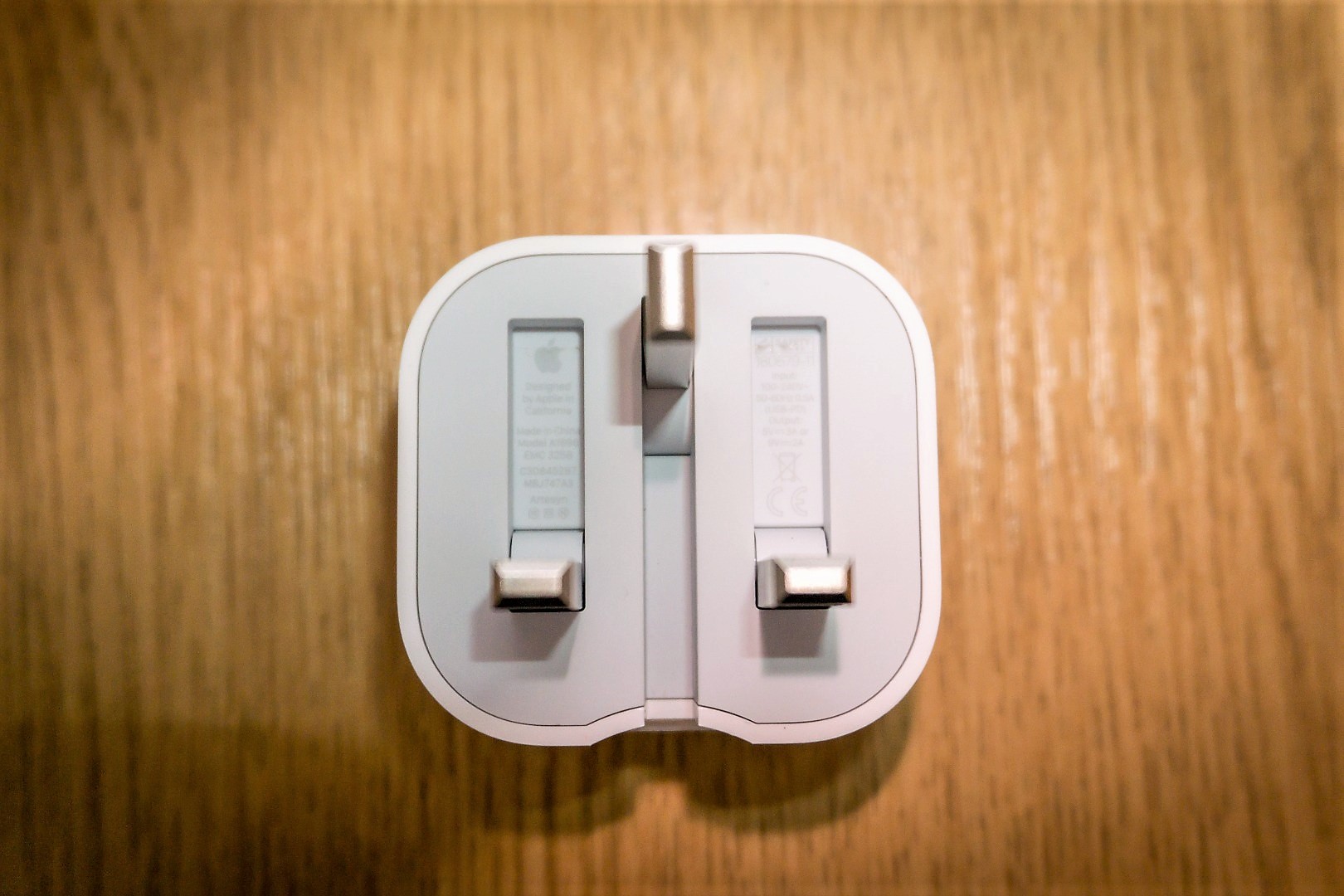 hard to read, but the output is:

then of course, the iPad iteself 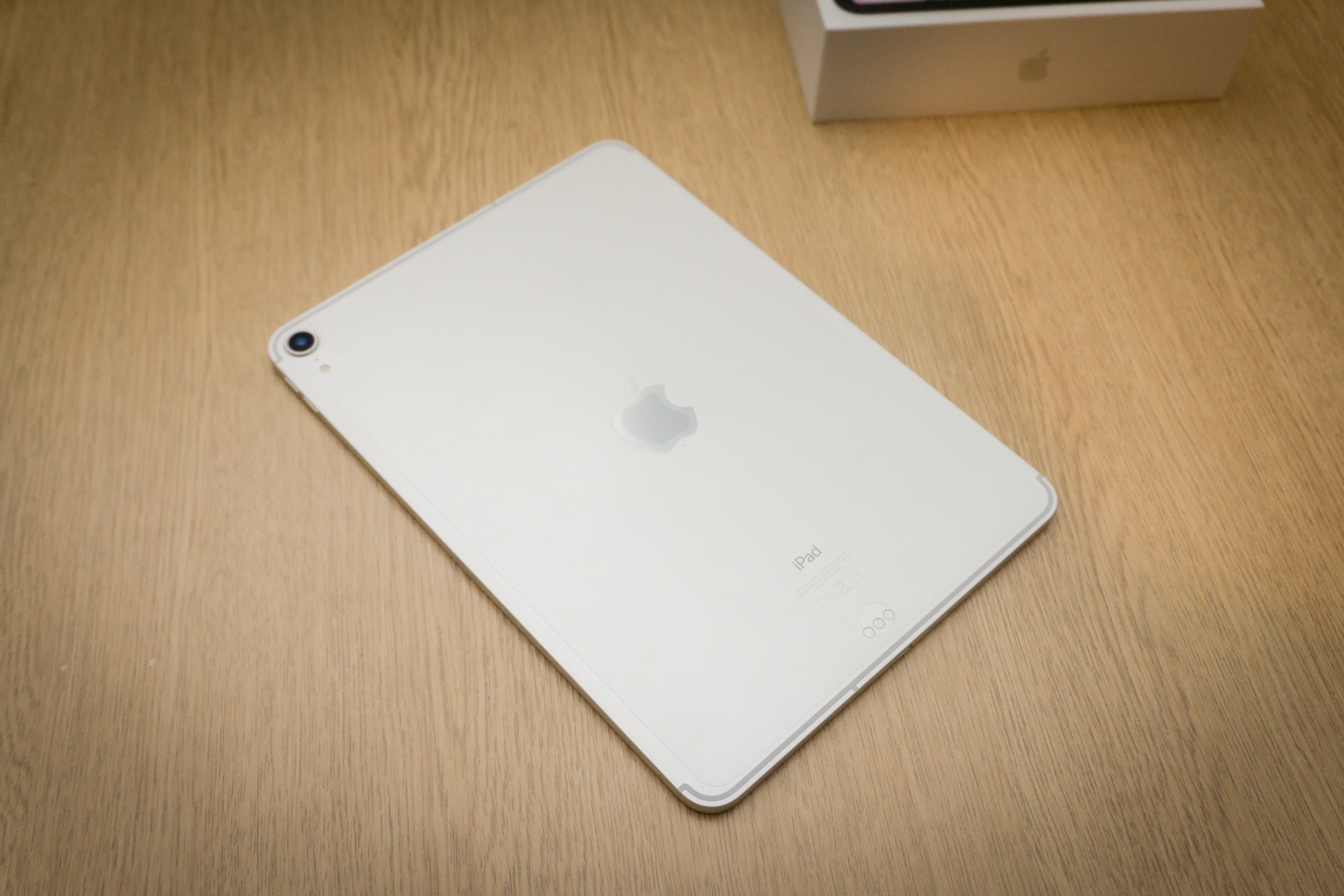 an Aluminium unibody with 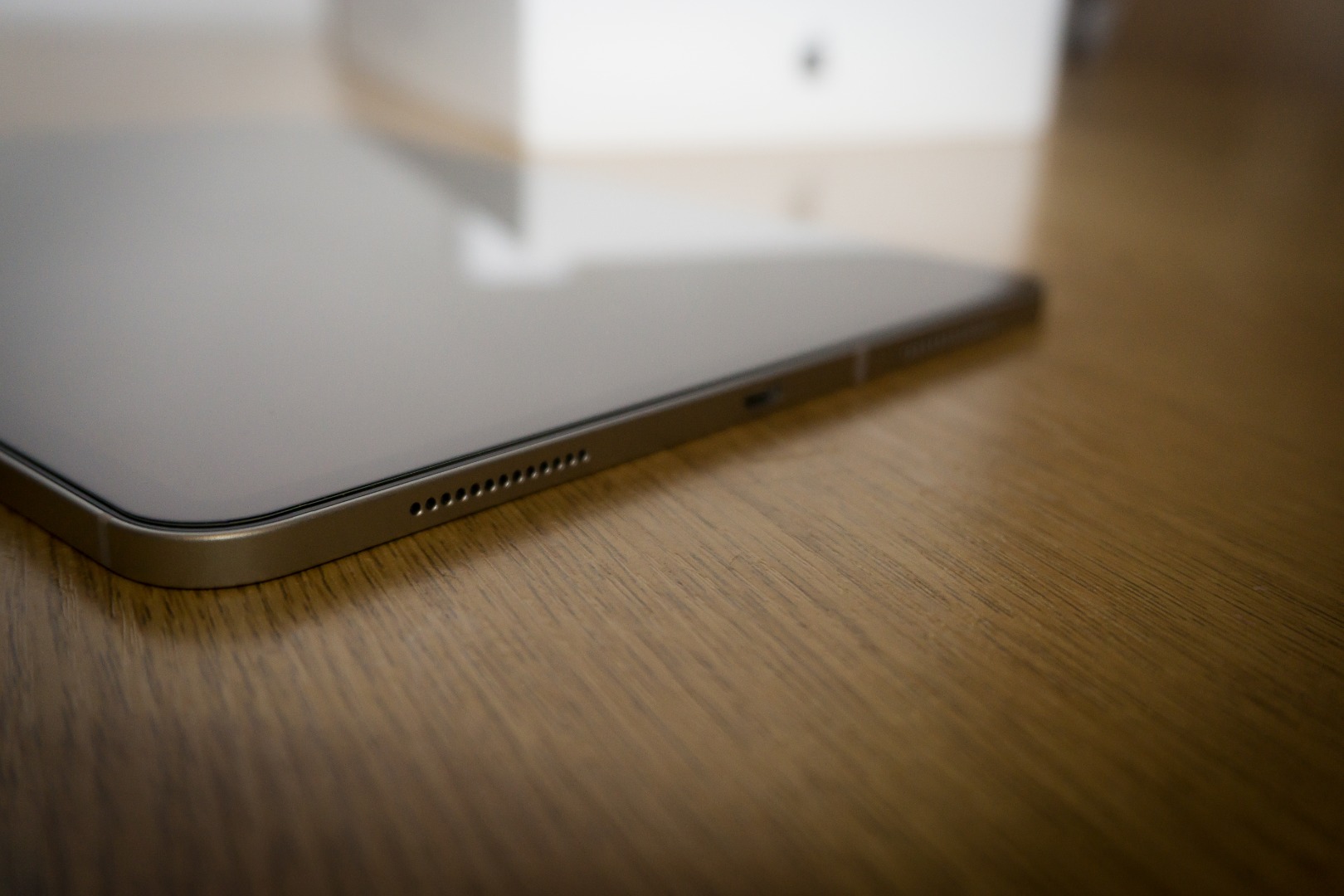 4 speakers providing a stereo solution, in any rotation. 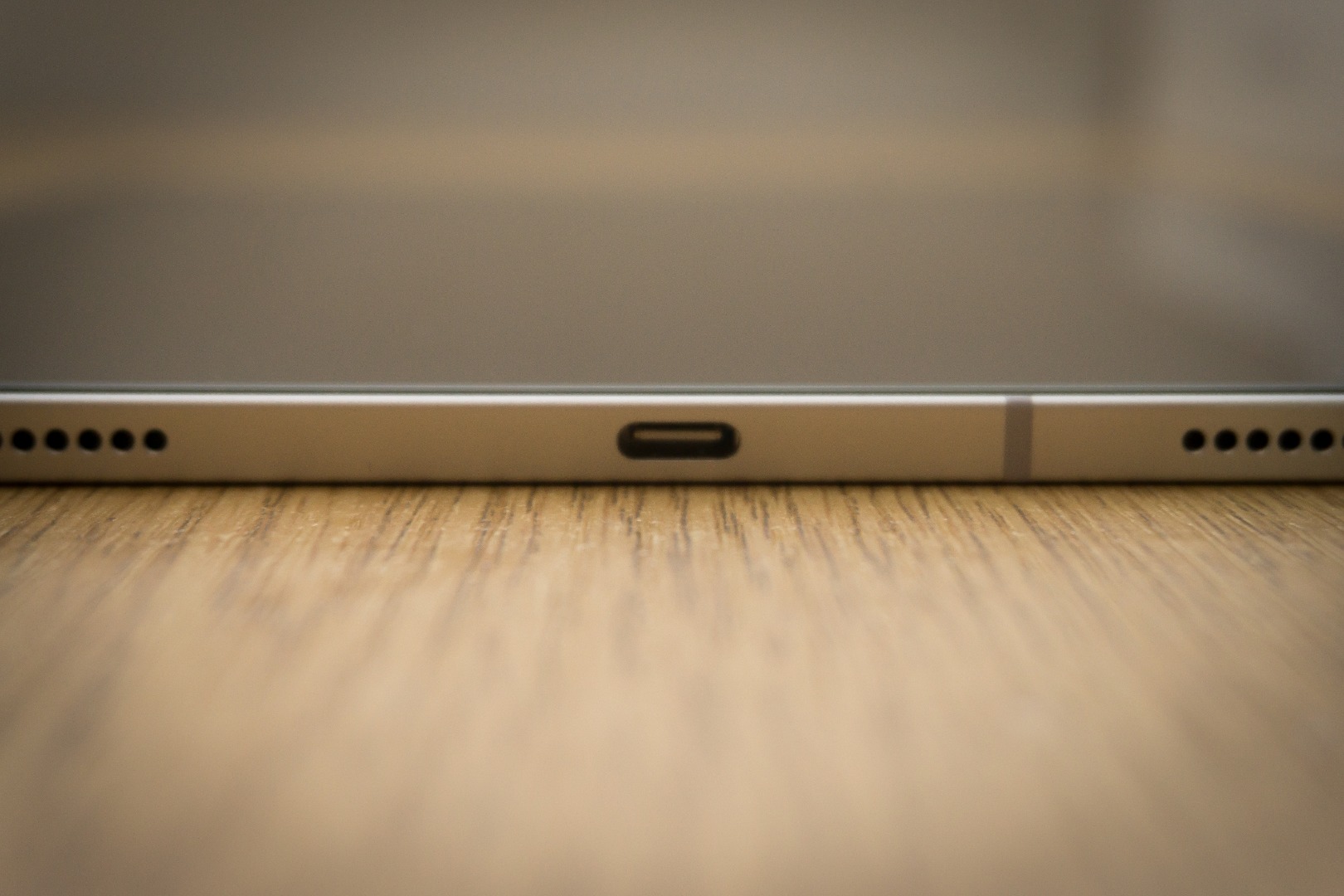 a USB C port allowing access to every most  loads of selected USB C accessories. 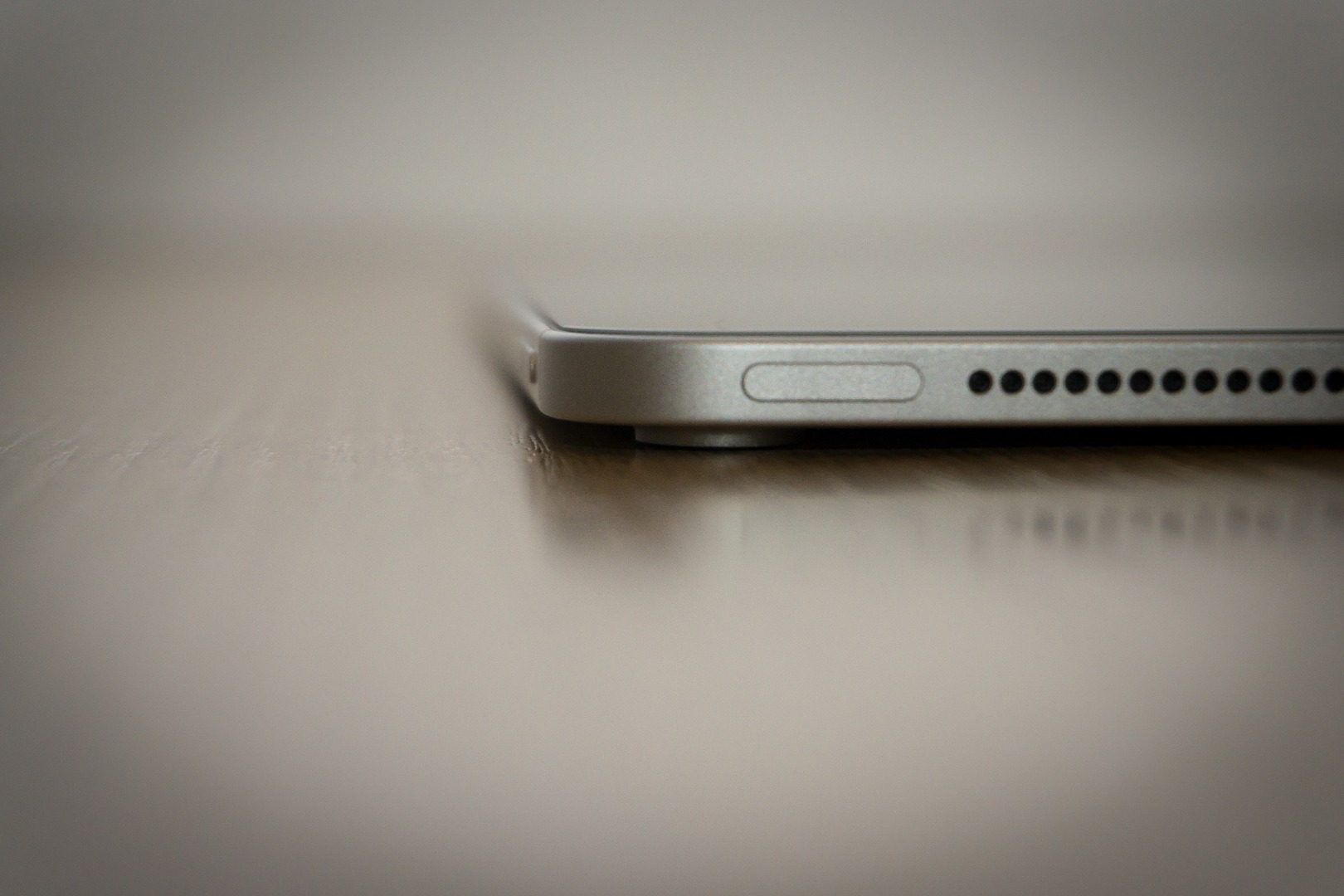 and the most rediculous camera bump ever created, just look at it!

But it is what it is, and Apple would never let a design flaw through to end users would they.

There is also a true-depth narsicist camera which will be about as much use as a chocolate teapot to me but its 7mp, does the same stuff as most modern selfie cameras. it is nice to see the iPad rocking the same camera as the iPhone XS, for one extra kudos point, apple does seem to stick decent cameras on these things... to the utter annoyance of anyone stood behind someone using one at any event ever, if you're one of these people, please stop.

The iPad Pro, I must admit, is one really, really nice looking device, with a design similar to the bygone iPhone 4,4s,5,5s,SE era, Jony Ive is really milking that one, but it works and yeah kudos for putting a re-imagined iPad, in possibly the best design of iPhone. The screen is not edge to edge, no matter what apple marketing say, and thats a good thing. The bezels are equal around the whole display and work really well as a buffer between frame and display, no thumbs will get in the way.

But, and by now every person on the developed world will have heard, this design has a serious issue.

Because the iPads unibody is so thin, both internally and externally, the metal itself is prone to bending. I'm not talking a jerryrig flex causing a bend, i'm talking RIGHT OUT THE BOX.

this is no joke, i myself thought i didn't have this issue until it was pointed out to me i was checking the wrong section. It doesnt bend along the longest edge, but instead bends where the LTE antenna lines seperate the body shell. With only the thin back panel supporting the top edge rigidity, the top section on these ipads is NOT straight. and yes mine IS bent: 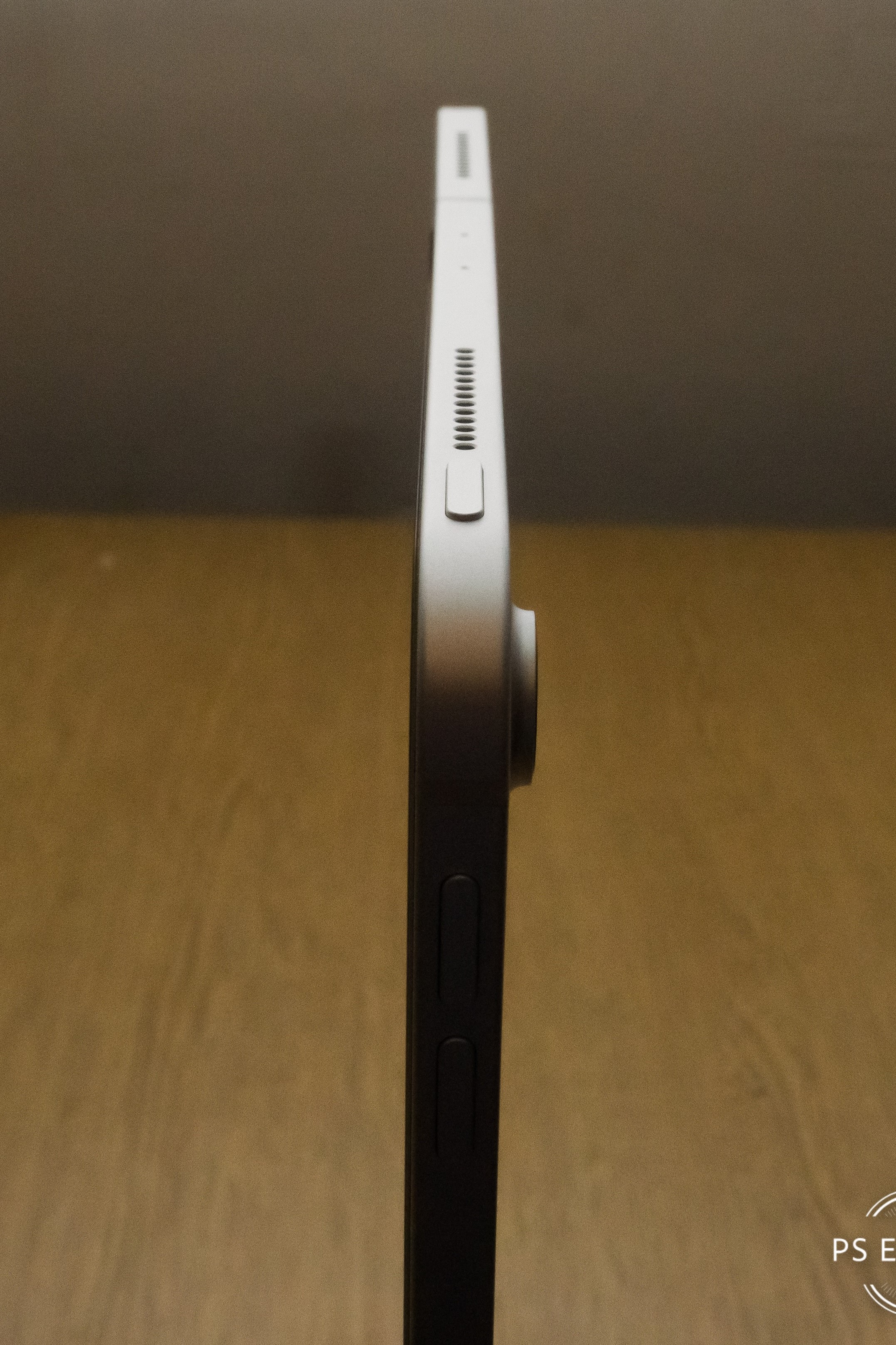 It's only a small amount, but it is still there, and the worst part, and i mean the ABSOLUTE WORST... Apple consider this NORMAL and will not repair or replace any iPads with this issue, O2 will treat it as user damage and the ONLY way to replace a model like this is to use one of your Apple care+ replacements at a cost of 49 quid.

if @Martin-O2 @Marjo or @EmilieT can get a customer service person to contact me about mine, I'd appreciate that.

does make me wonder if that camera bulge was intentional....

This thing is a BEAST!, not even joking with that, its a chuffing monster!. I have often laughed at claims by Apple regarding their CPU power,... that changes, Straight up, now! I know for a fact, a rock solid FACT, that the A12X inside the iPad Pro is faster than most Macbooks, including the I7 models. you may think this is a rediculous claim, so did I, but both benchmarks and real world use confirms to me that the iPad Pro can and does do some things faster than even the most advanced laptops, and in some cases, desktops. It can process and edit 4k video files including colour correction, LUTs, sound editing the full works, with almost all video files, an odd situation is that 4k60 files wont import directly but can be imported using remote drive features, they show up as incompatible, yet are just as easily edited as 1080p. exporting is even faster.

i know my PC is more powerful, its just the iPad is waaaay more optimised, when combined with the A12X, it's a freakshow of power.

the iPad will connect to certain USB devices that apple allow, hard drives, nope. controllers, nope. SD card adapters, yup, but only certain files and only importing photos into the gallery.

luckily, I have a remote drive router so i can connect ANY drive, but Apple, c'mon it's 2018/19 ... time to put the PRO into your Pro device. people who are professional often work with solid state storage, and hard disks. let them choose to use their storage how they want. honestly.. for a USB C port, it's pretty poor.

Gotta say, its pretty damn good actually. Never had a portable device chuck out as much music power as this. The bass is really punchy and highs dont seem to ever crush. it does support many file formats and as long as you install a 3rd party app, will also support hi-res flac files with great clarity.

well, with my limited use so far i would say its close, not fully there from what ive seen, but close. problem is... no ones made the games yet to prove this. yeah I can play Assassins creed at 120fps, or NBA2k in some rediculous looking visuals.... but... the app store and app developers will want their apps open to as many devices as possible, including those that cant run the same power as this. so until these games appear... its just speculation.

ios is very much the best thing about the iPad pro, and its also the worst thing too.

for simplicity it's unbeatable it just works (yeah i cant believe i said that too) the gesture controls allow for really quick and easy navigation of the UI and swiping to navigate soon becomes a natural instinct. 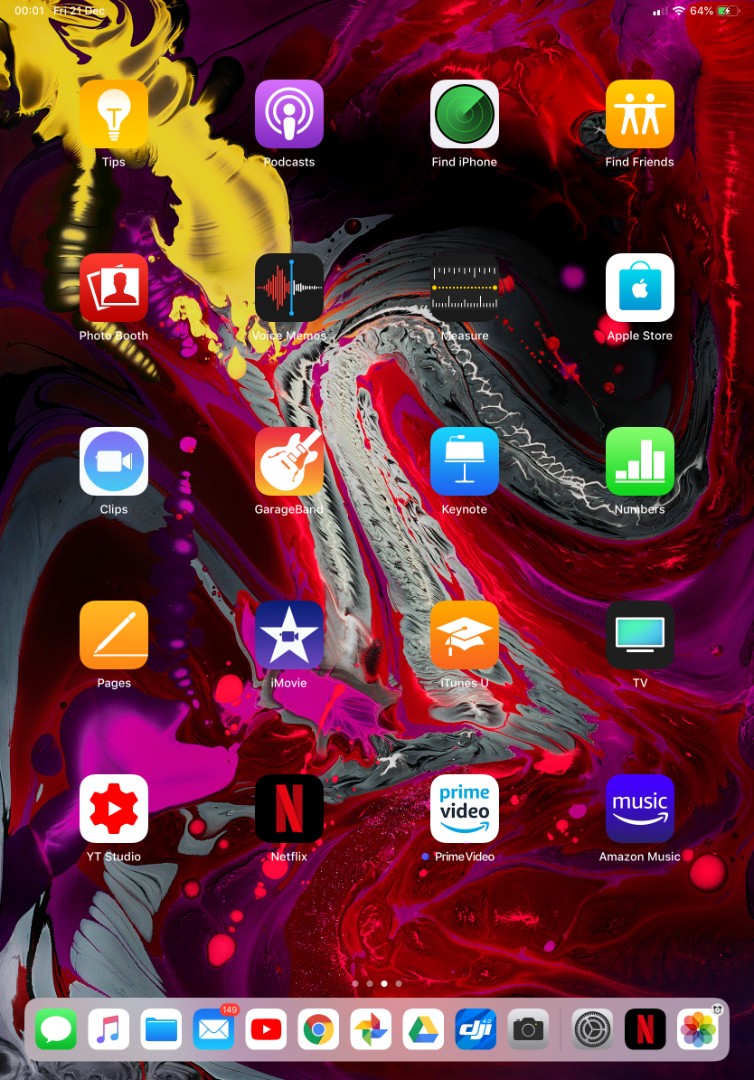 swiping up quickly will take you home. but swipe up and keep finger pressed will show open apps 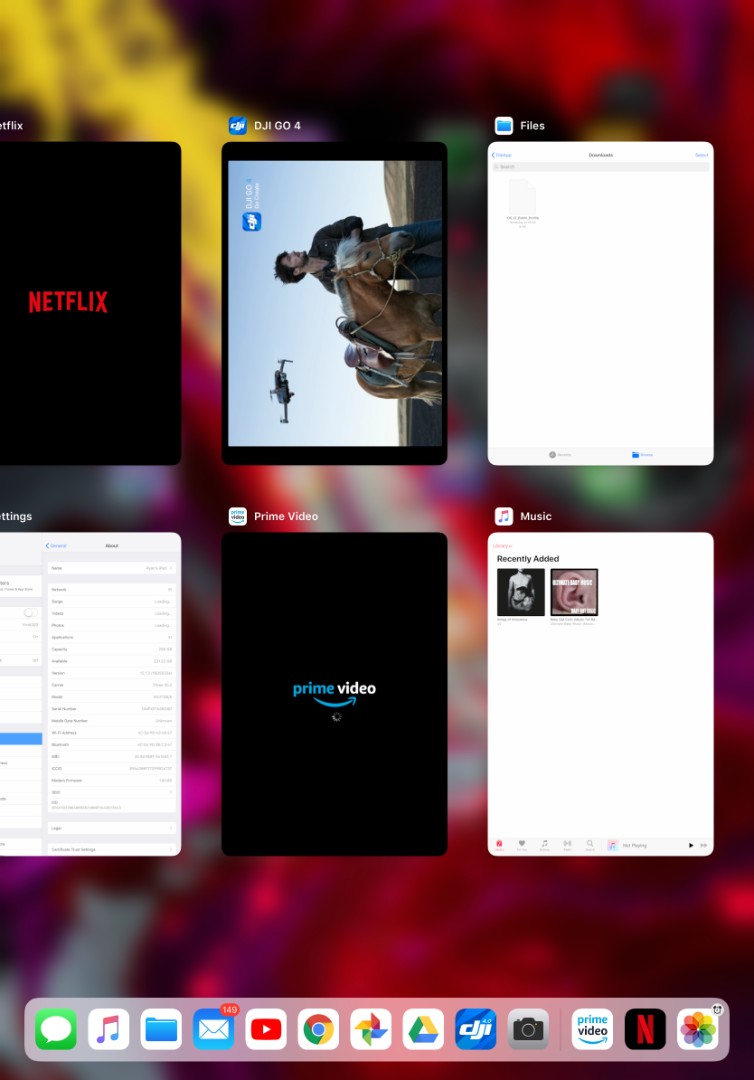 and swiping along the bottom will switch between open apps 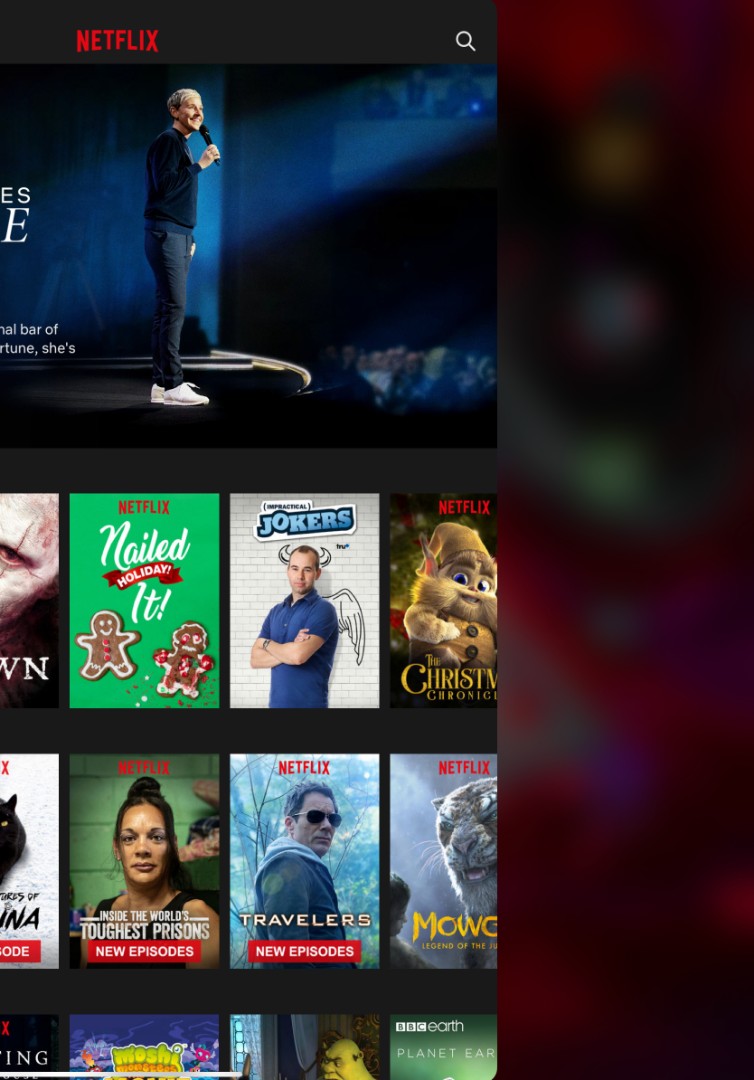 it really works well. attaching an Apple pencil will start a pairing process that is 99% automatic 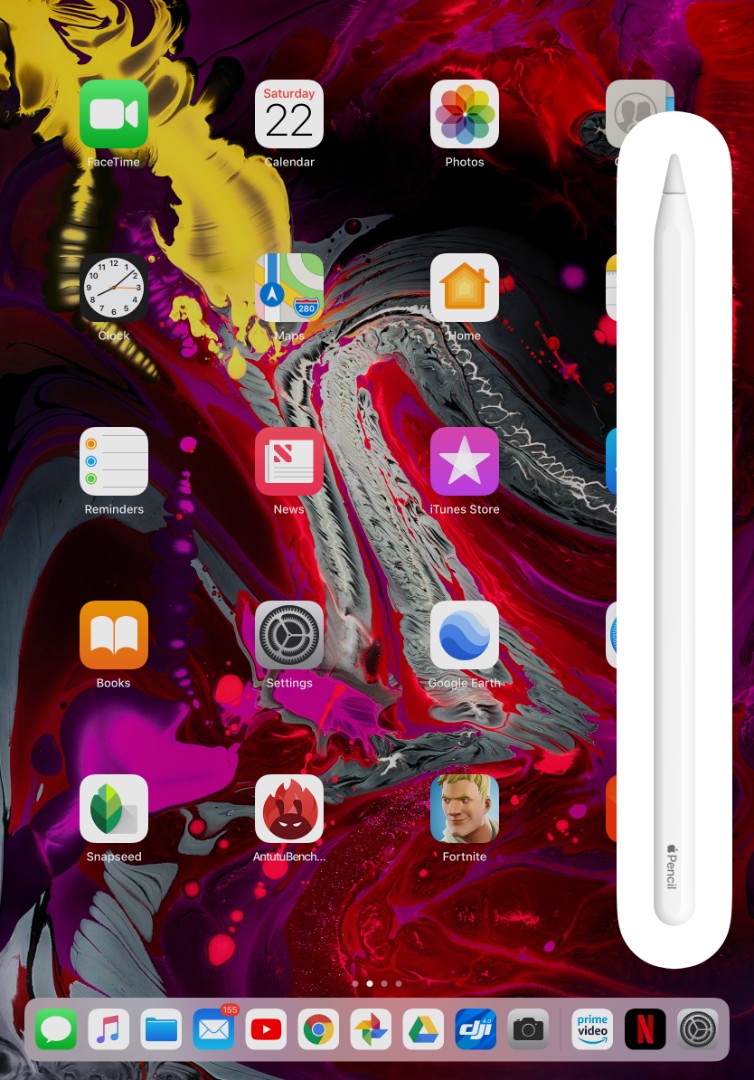 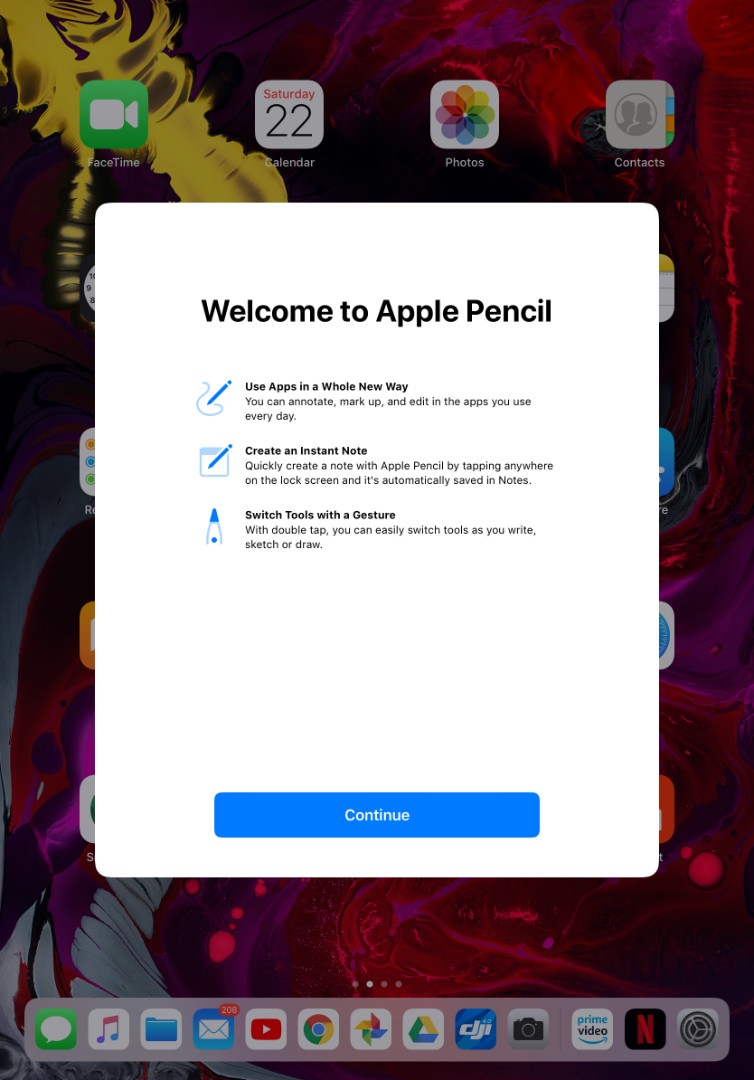 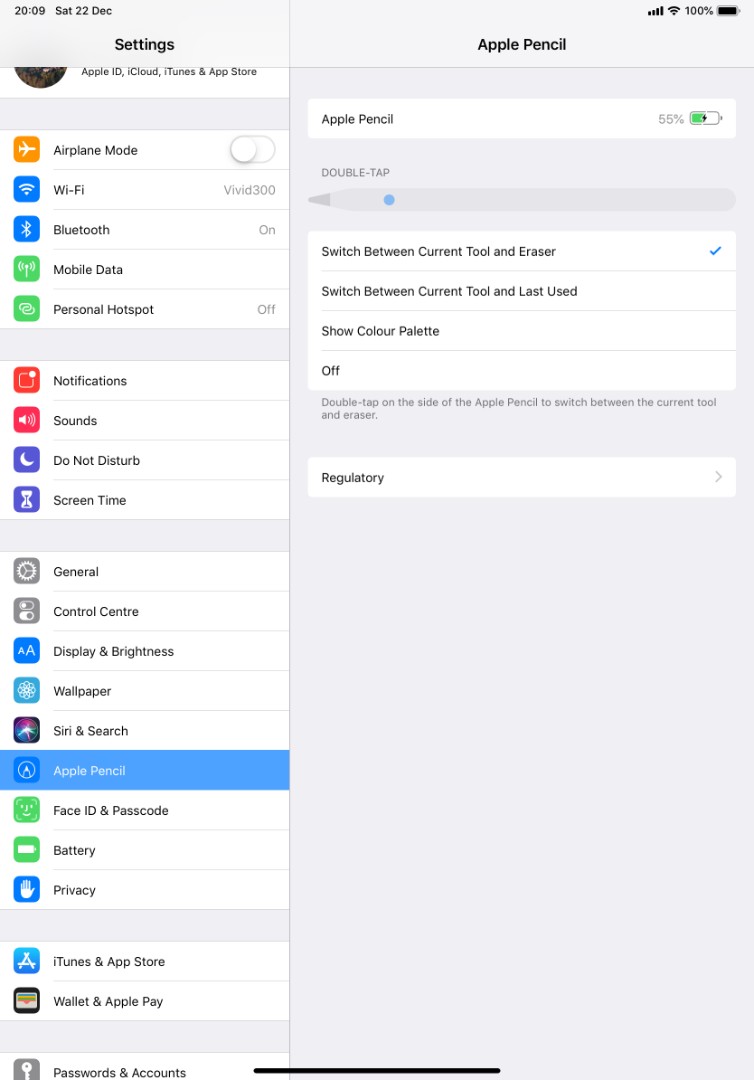 the pencil itself is great if you pick one up on the cheap, if not, I hand on heart couldn't say its worth its 119 price tag (yes 119 pounds!!)

i also for that matter wouldnt recommend the 89 quid folio cover, there's an identical one on amazon for 10.99.

Back to IOS, as I mentioned before, it's also the worst thing about the iPad, everything just feels so ''phone'' like, except it cant make calls nor send texts unless your contact is also IOS, everything just feels wasted on an operating system built for phones, when put on this tablet. i've seen many videos on youtube saying the same, in fact IOS youtube is one of those things. wont do full screen crop, wont go above 1080p, because.... IOS. Apple need to address this limitation if they EVER want people to believe the iPad is a contender in home computing, not just a mobile stop-gap. A half Mac os / half IOS hybrid built purely for ipads would actually work really well. at the moment, it works really well sometimes.

10 hours, thats what they say. personally i measure battery size in mah but again, i'm probably just measuring it wrong. In my usage, ive found 10 hours to be more or less correct depending what im doing.

It's a beast, a pure untamed beast, that is stuck in a petting zoo. until apple address many peoples concerns over the iPad pro, its hard to justify its price and place in the market, sure it can do things faster than an android alternative, hell it can even pound an android into the ground on specs alone, but whats the use of sticking all that power, in an environment not built for the true professional use, it makes no sense.

myself, I have the ability to overcome some limitations by means of 3rd party hardware, but not all.

the iPad Pro has the potential to be the great link between true computing and mobility, the kind of link we have never seen before, unfortunately Apple wont allow that link to happen, and thats their loss not ours, because one day soon, some one else will.

But, even worse than the software side of things, and fundamentally what will cost Apple money, is that they want users to swallow a pill that is just too bitter,... No Apple, devices arriving out of the box with bends in, is by no means normal, or right. There is no way on earth you can honestly say that this is the Apple we know of and have heard of over the last few years. It's just not.

Can I recommend the iPad Pro? sure why not...

If you can afford to drop the equivalent of a £1,000+ contract, on a device that might arrive bent in the box, I fully recommend the iPad pro.

However, if you're like most people on earth, and this is an obvious problem, then i would ONLY recommend you buy one in store and open it to check in store...

because Apple consider a £1,000 tablet with a bend in it, Normal.

it's about time Cupertino started to ''Think different''.