Frozen The Musical, coming to Priority

Hey guys. We have some amazing news for all parents, grandparents and guardians out there who have childen or grandchildren who are obsessed with Frozen, Elsa, Ana, Olaf and all the other Frozen characters...

TICKETS AVAILABLE EXCLUSIVELY FOR O2 CUSTOMERS VIA PRIORITY THIS MONDAY! 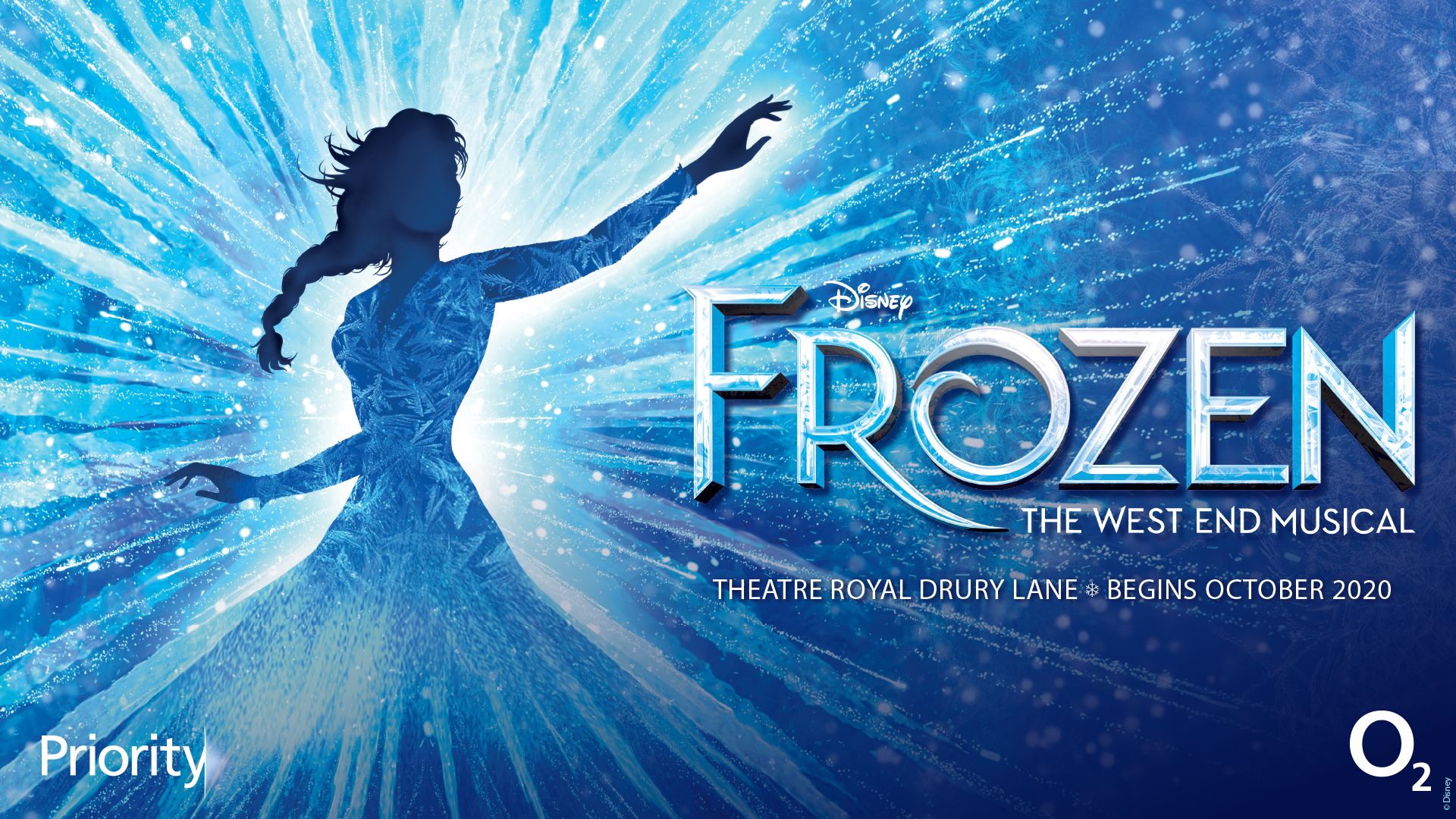 O2 has today announced pre-sale tickets for the eagerly awaited Frozen The Musical will be available exclusively to customers via the Priority app for 48 hours from 10am Monday 27th January. Frozen The Musical is set to reopen the Theatre Royal Drury Lane in London’s West End following a landmark £60 million restoration project, with previews commencing on 30th October 2020. The Disney Theatrical stage production comes to London following a hugely successful world premiere on Broadway in March 2018.

Priority on O2 provides an excellent opportunity for theatregoers of all ages to embrace the wonder-filled world of Arendelle, experiencing the magic of this beloved story, delivered with ground-breaking set design, incredible special effects, beautiful costumes, thrilling choreography, and sensational stagecraft.

Frozen The Musical is brought to the stage by a multi-award-winning creative team, led by Tony® and Olivier Award-winning director Michael Grandage, with book from Academy and BAFTA-Award winning Jennifer Lee, featuring the cherished songs from the original film, alongside a brand-new score from Kristen Anderson-Lopez and Robert Lopez, the Grammy and Academy-Award®-winning songwriters behind the global phenomenon ‘Let It Go’.

O2 is proud to support Disney’s Frozen The Musical with a host of invite-only moments exclusively for Priority customers including early access to ticket sales, giveaways, money-can’t-buy experiences, and much more.

Rachel Swift, Brand & Creative Director at O2, said: “Priority is all about offering our customers exclusive experiences, with a wide range of amazing opportunities across sports, music and entertainment. Frozen The Musical – one of the biggest West End openings in recent memory – is the latest example of our commitment to continue to reward our customers for their loyalty with the chance to get their hands on some of the most sought after theatre tickets. We look forward to offering our customers more experiences for Frozen The Musical throughout the year.”

Priority is exclusive to O2 customers and brings a collection of invite-only moments to help them do more of the things they love. From exclusive treats and experiences, to early access to the most sought-after tickets in entertainment.

Customers can download the Priority app via the app store, or by texting PRIORITY to 2020. For more information, search Priority on O2.

Audiences can learn more about Frozen the Musical at FrozenTheMuscial.co.uk.

I'm really surprised that it took them so long to create a musical from Frozen.

I may be wrong but it may have been left too long? It was 7 years ago that the film was released, so the producers will have to hope there is a new era of people interested (just my opinion)


I'm really surprised that it took them so long to create a musical from Frozen.

I may be wrong but it may have been left too long? It was 7 years ago that the film was released, so the producers will have to hope there is a new era of people interested (just my opinion)

Frozen 2 has the highest all-time worldwide box office opening for an animated film, beating the first movie, so something tells me that new era of people interested in it are already there - as well as those who loved the first one.

I have to admit, I loved the first movie and it's not at all the sort of thing I'd usually watch. I'm generally not a fan of musical movies, preferring fast paced action, thrillers or comedies - so when Disney can attract folk like me to Frozen, you know they're onto a winner!

TBH @Chris_K  I had totally forgotten about Frozen 2. My granddaughter was of the age when the original was all she ever thought of.

So yes, on the back of Frozen 2, I would imagine there are loads of people who would want to see the musical.

This will be very popular considering the rave reviews of Frozen 2. It will appeal to all ages so getting the tickets early on Priority is brilliant for customers wanting a good family experience.