National Tennis - support from the media ???? 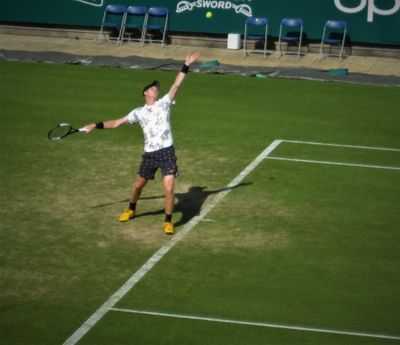 I missed the interview with Jo Konta following her 1/4 final defeat BUT I did hear a young star  a few years ago. She  said , the British media dont lend support to our guys and gals.(sSeems to be true.) Instead of giving praise in making it to Wimbledon, or conquer the first round , or reach the quarters or semis  , there is almost venom about how they lost....   Tennis isnt a  team  like cricket or football. Its a lonely sport with .daily lonely practice   Lets give praise where praise is due. Lets support those who live an odd lifestyle to give us sport. Yeah ?

In my opinion, Jo Konta has one major problem @Jenny105 and that's self belief.

Considering how well she had played against seeded players, yesterdays match was a bit of a shambles with 33 unforced errors.

Having said that, I also thought the level of questioning post match was uncalled for!

However, she is in the public eye and I think our expectations were high that she was a shoe in for this match, so she has to learn to cope with criticism.

We Brits have a habit of knocking our sports stars. A very annoying trait.

Take Lewis Hamilton. Currently the best British F1 racer we have had in this country. 5 World championships, on his way to a 6th and breaking records every time he races...However he appears to be like marmite. You love him or hate him. If he dares make a mistake during a race, it is discussed to death by the media.

We love to focus on the negatives and disregard the positives.

On the upside though, Andy Murray and Serena Williams won their mixed doubles

The interviewer played on her "vulnerabilities" and won.  She will need to learn to play

the interviewer to her advantage!

and oh yes I really enjoyed more than I expected the S.W and A.M doubles

all in good jolly heart. Brill

In defeat one needs to be a "big person"

bigger than the winner.