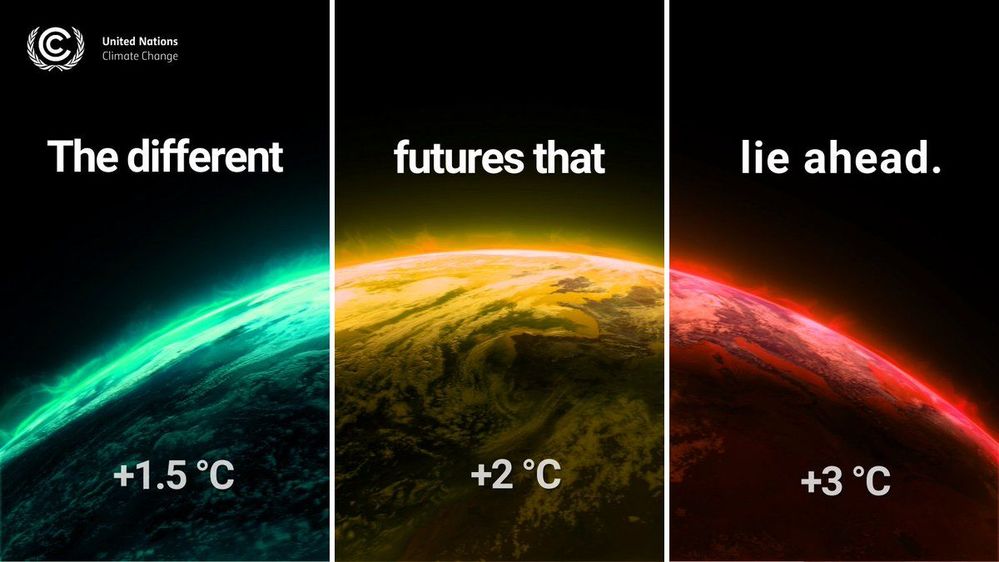 You can read the open letter on the link above, but with everything going on right now in the world, and these new climate discussions taking place at COP26 in Glasgow (woop woop, go Glasgow!), I hoped to start some of our own discussions here on the Community. If you don't want to answer all of these then that's fine - feel free to cherry pick, but I think it's important we keep the conversation going. I've also added in some info and facts you may not have thought about or seen before.
Discussion Points

Info & Facts (some/all you may be aware of)

I have a problem with the title 'Info & Facts (some/all you may be aware of)' - Ironic, given that you suggest we challenge misinformation about climate change, but then post false facts and misleading information, which doesn't have any factual basis. No, the last decade wasn't the hottest Earth has been in 125,000 years, partly because records only began during the little Ice Age. Also, the 1930's were hotter in the UK than they are now, and so was the Medieval Warm Period.

If you're asking for a discussion on so-called 'Climate Change', then please either do some independent research of your own first, or at least allow anyone who joins the topic to disagree with the official government propaganda. I've seen the original scientific data, which proves it's a lie. Also, C02 is one of the smallest gases in our atmosphere, at 0.04%, so how can it be responsible for 'Climate Change', when our Earth's air composition hasn't changed at all in during the last 50 years. Carbon Dioxide isn't a dangerous greenhouse gas, it's essential for our Earth's Ecosystem - All green grass, plants, trees, and other vegetation converts Carbon Dioxide into Oxygen. Having less C02 is dangerous, not more.

It's irresponsible of anyone here at 02 to just duplicate a load of false facts from official websites, while telling us that 5g is safe, without giving any scientific data. I have evidence that ALL mobile phone technology is unsafe, and has already caused health issues in both Men, Women and children, from the very limited scientific research that's been done in the last 10 years, and most of these 5g-related issues will show health problems in a further 10 years, which won't be attributed to 5g, because the time it takes the human body to develop these issues is so long, that mobile phone technology won't be blamed for it. Unfortunately, due to mobile phones being so ubiquitous, the double-blind studies that need to be done are impossible, due to the control groups not being available to test on. There's a worldwide movement to stamp out independent ideas and research at the moment, if those independent ideas and research differ from the official government narrative. We need to be allowed to think for ourselves, and tell the truth about it all.

I also intend to report the discussion on this thread to the Advertising Standards Authority, for the misleading advert at the top of this thread, for investigation by them, to determine if it breaches their national guidelines.