In this topic, we'll post any progress on the known plaform issues that you have brought to our attention so far and that we are looking into, along with any future updates we get on them. We thought it would be good to recap what is currently being worked on, and have it all in one place so we can keep you in the loop going forward

If you spot any further issue too, please let us know in the comments!

Current issues being looked into

Current feedback being looked into

Thanks for your patience while we work our way through all the above, and for your help spotting identifying and gathering feedback

→ Access for You: Registration - Find out how to register for our Access for You service.
→ Want to chat with other fellow-minded members? Head to our Off-topic section for some interesting chit-chat.
→ Check out our Priority board for tickets & offers updates, and to discuss all things Priority-related!
→ Welcome to O2! - New to O2? Find out all you need to know to get started!

I think the You Tube url is fixed @pgn

I think the You Tube url is fixed @pgn

I know you guys are busy answering all the posts - very much appreciated!!!!

And if you reply it will disappear from the unanswered ones

Fixed... I posted youtube vid on Laugh On Wed/Mon thread this morning, no problem...

It was fixed over the weekend. Thankfully.

And if you reply it will disappear from the unanswered ones

Yes, we deduced the way to make announcements stop hogging the Unanswered "tab" was to craft an answer... Just wondered if there should be an "Announcements" tab there too: 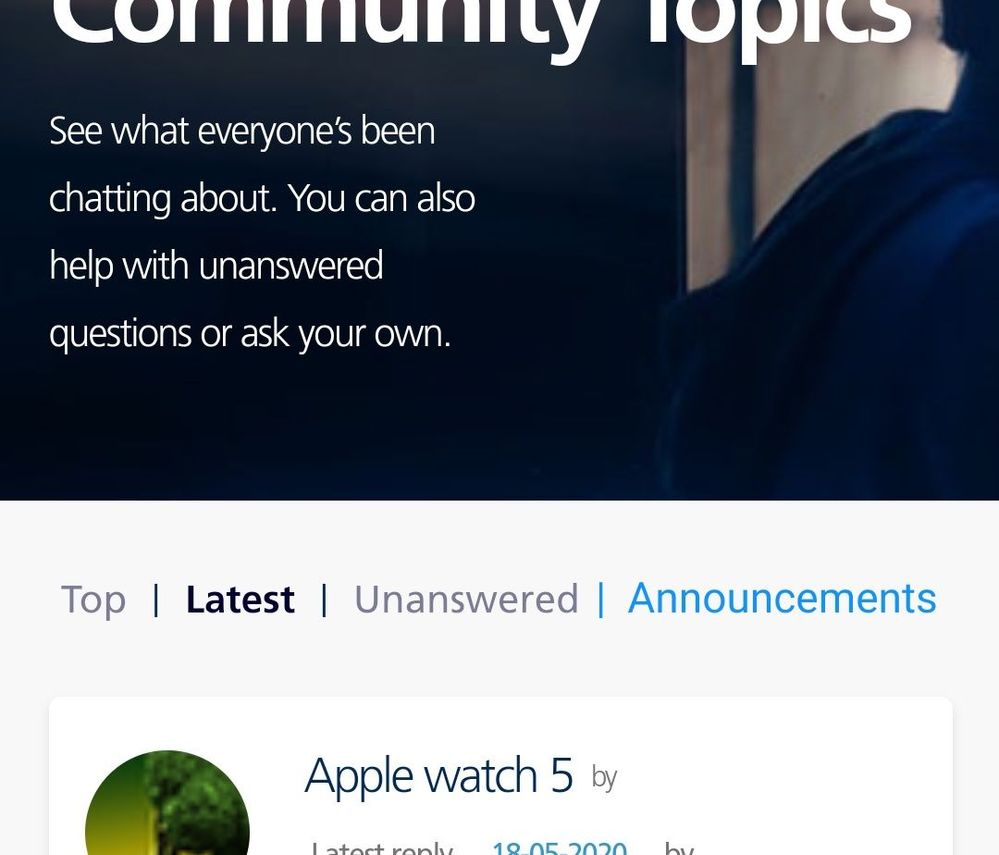 The only time I am interested in announcements is around renewal time, or if a family member drops their handset into the river... (!). Comments on them, or not, in their own section, they would be of more value then, I suspect - given the average punter rarely takes time to search for their issue before typing in a question 🙄 (the 28th time seeing the same query begins to take its toll on all...!)

The YouTube one was odd, it disappeared as silently as it appeared, but it did lessen interaction on some Off-Topic threads, and hammered Guides with video material from O2's YouTube channel embedded in them.