Pride season is here and we’ll be there

For the sixth year in a row, Proud at O2 will be taking part in Pride parades around the country, celebrating love and solidarity in what is a particularly significant year for the LGBT+ community.

On Saturday 6 July, we’ll be part of the UK’s largest Pride celebration: Pride in London. More than 80 O2 colleagues will make their way through the capital’s streets, cheered on by over a million spectators as London grinds to a halt for all the right reasons. Joining our people at this year’s Pride will be members of our Executive Team – Jo Bertram, Ann Pickering and Nina Bibby will all be in London to help celebrate. Update: Pride in London was amazing! Check out our mini-update here.

The 14th annual Black Pride, Europe’s largest celebration for LGBT+ people of BAME heritage, will take place on Sunday 7 July in a new, larger venue – London’s Haggerston Park. Although O2 won’t have an official presence there, it’s open to everyone and accessible to those with disabilities – so if you’re up for a Sunday celebration, head to Haggerston Park and enjoy the atmosphere, food and live music.

We’ll then be heading to Glasgow where 35 O2 colleagues will sing, dance and celebrate their way through the city on Saturday 20 July.

We’ll be kicking off August with a huge Pride weekend: On Saturday 3 August, we take to the streets of Brighton with around 80 attendees including Nicola Green, Catherine Leaver and Derek McManus, as well as giffgaff CEO Ash Schofield, who’ll be bringing along around 25 members of team giffgaff to join the celebration. In a Pride double-whammy, we’ll also be at Belfast Pride on 3 August, before heading to Leeds Pride on Sunday 4 August with over 100 O2 people.

After taking a few weeks to catch our breath and prepare for our biggest ever Pride celebration, our iconic blue bus will take to the streets of Manchester on Saturday 24 August, where almost 200 O2 people will join Gareth Turpin to represent O2 in the gay capital of the north.

Last, but by no means least, we’ll wrap up our Pride season at Newry, which is the UK’s city of Pride, where our Northern Irish stores teams will represent O2 on 31 August.

As we mentioned at the top of this thread, it’s an important year for Pride, as the LGBT+ community celebrates the Pride Jubilee – the 50th anniversary of the Stonewall riots and the birth of the modern Pride movement. Since then, there’s been so much progress worth celebrating, but there’s still a way to go on the road to diversity and inclusion. So, as well as being a celebration, Pride events everywhere serve as a perfect reminder that the LGBT+ community deserves a world where they can feel included, accepted and able to be themselves, wherever they are.

If you’re planning to attend any Pride event(s) this year, please let us know below, and if you’ve been to any previous Pride events.

Re: Pride season is here and we’ll be there 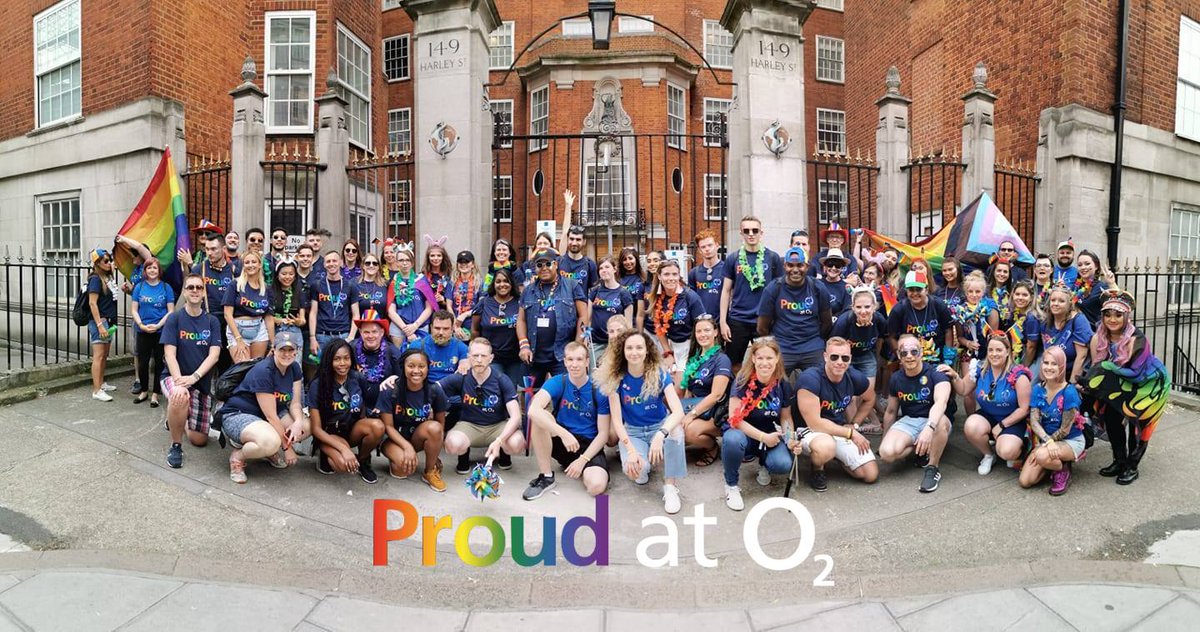 This weekend just gone, we sang, we danced, and we were Proud. On Saturday (6th July), 75 O2 people were at Pride in London to celebrate love, diversity and the Pride Jubilee – the 50th anniversary of the Stonewall riots. It was truly the perfect way to kick off Pride 2019.

Next up for us is Glasgow on 20 July... Will we see any of our O2 Community members in attendance? If so, gie it laldy!