Many phones have sat upon my desk this past few months, Autumn really is becoming the season for exciting tech, but one thing was much, much harder to find, and that was the Xperia X1, the first Xperia.

i could have gone to ebay or gumtree no doubt or even CEX and found one, but in the early summer this year, i set about finding a sealed, new, boxed Xperia X1.

knowing that October 2008 was the release date, I knew i had to get one before then in order to get it here in time for the day, luckily a retro phone store in Germany had 2 still sealed, unlocked and brand spanking new.

in summer, it arrived.

and now, just purely for a lot of nostalgia, a little bit of curiosity and mainly to see how far we've came, on exactly the 10th birthday the Xperia brand was released in the UK. 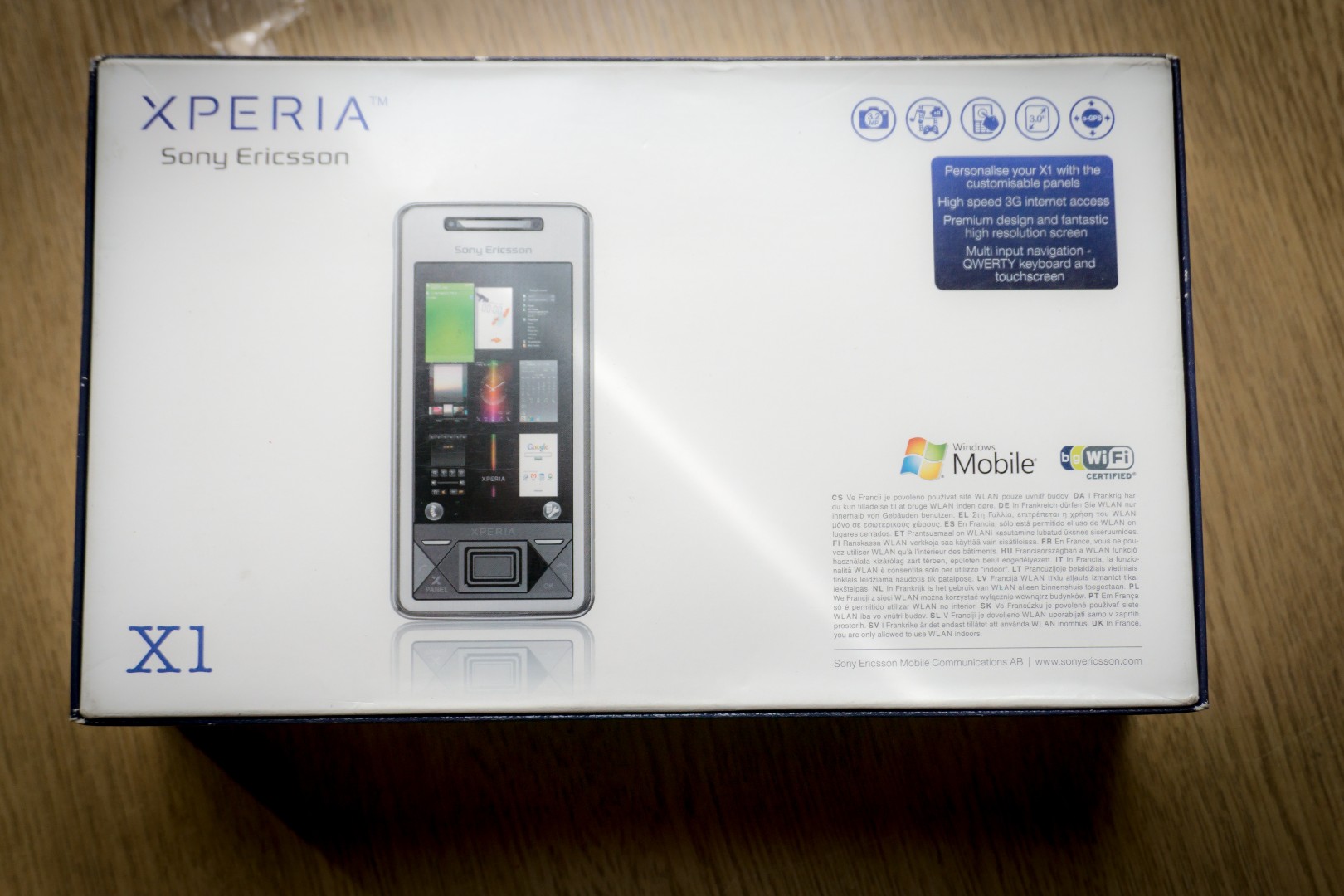 The front and back of the box.

When it arrived, the side seal had split a little, to prevent more splitting I ran one line of tape along the length. I always knew i was gonna unbox it so no devalue issues or anything. 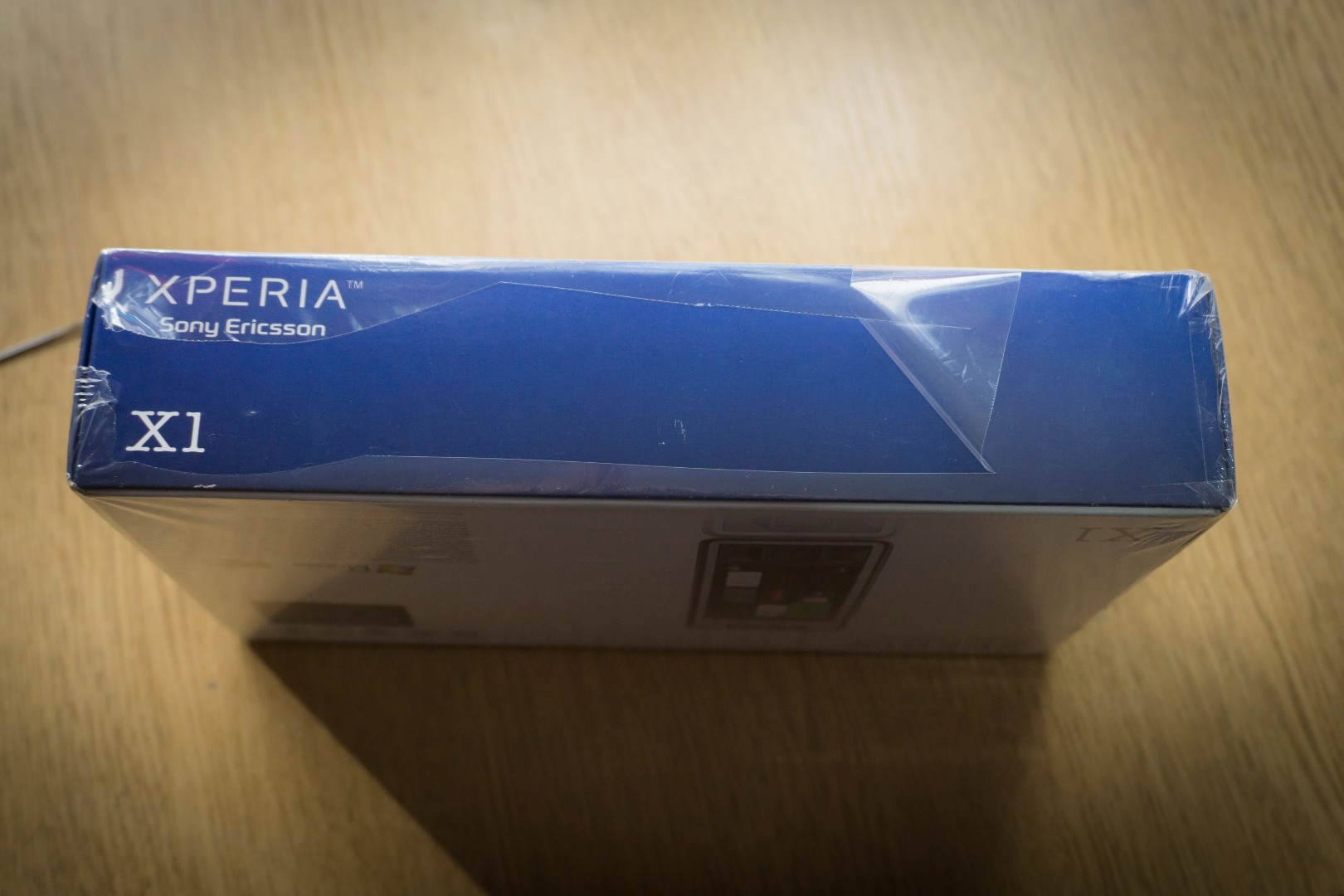 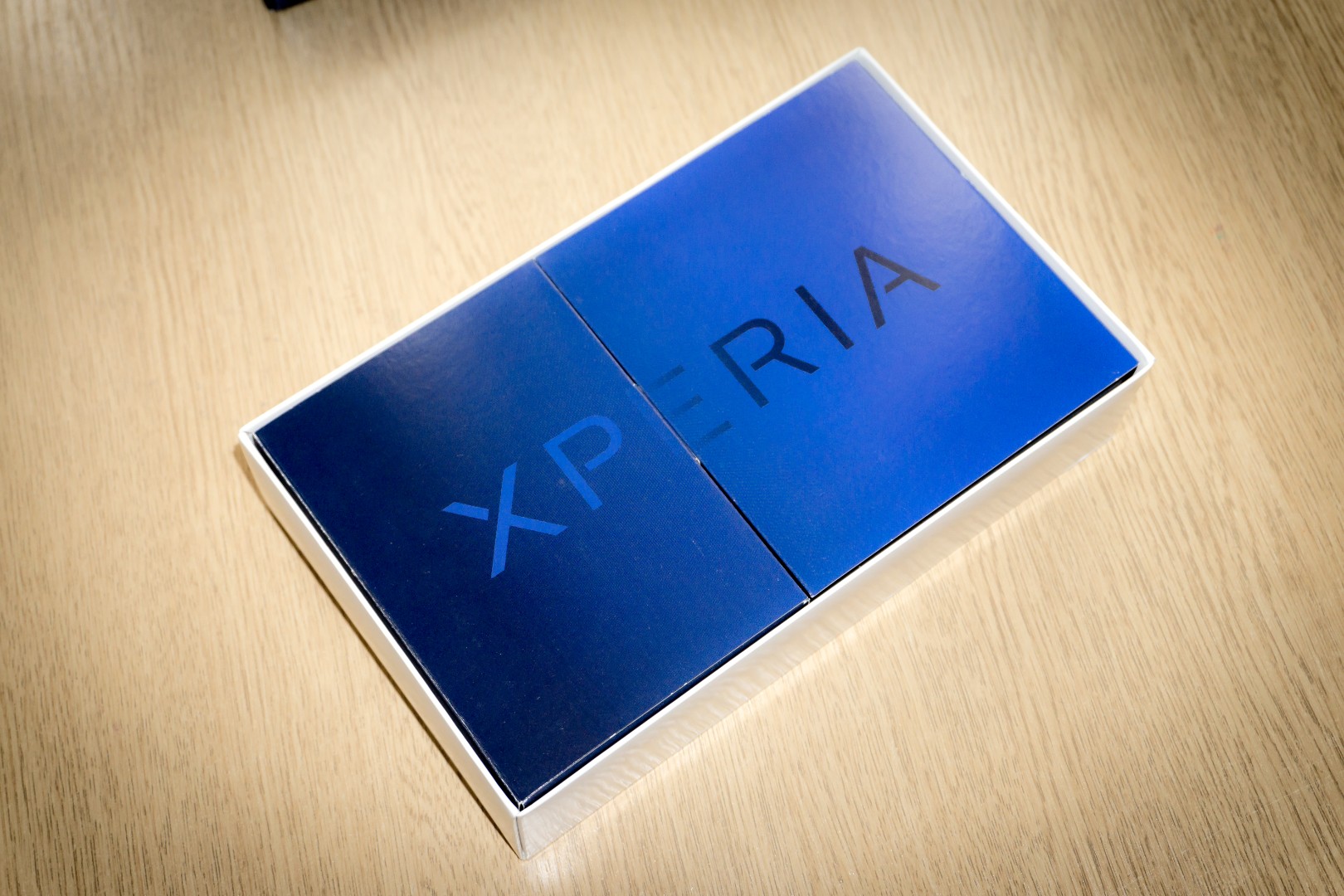 Inside we find this fantastic double opening box partition withthe Xperia logo designed across it. 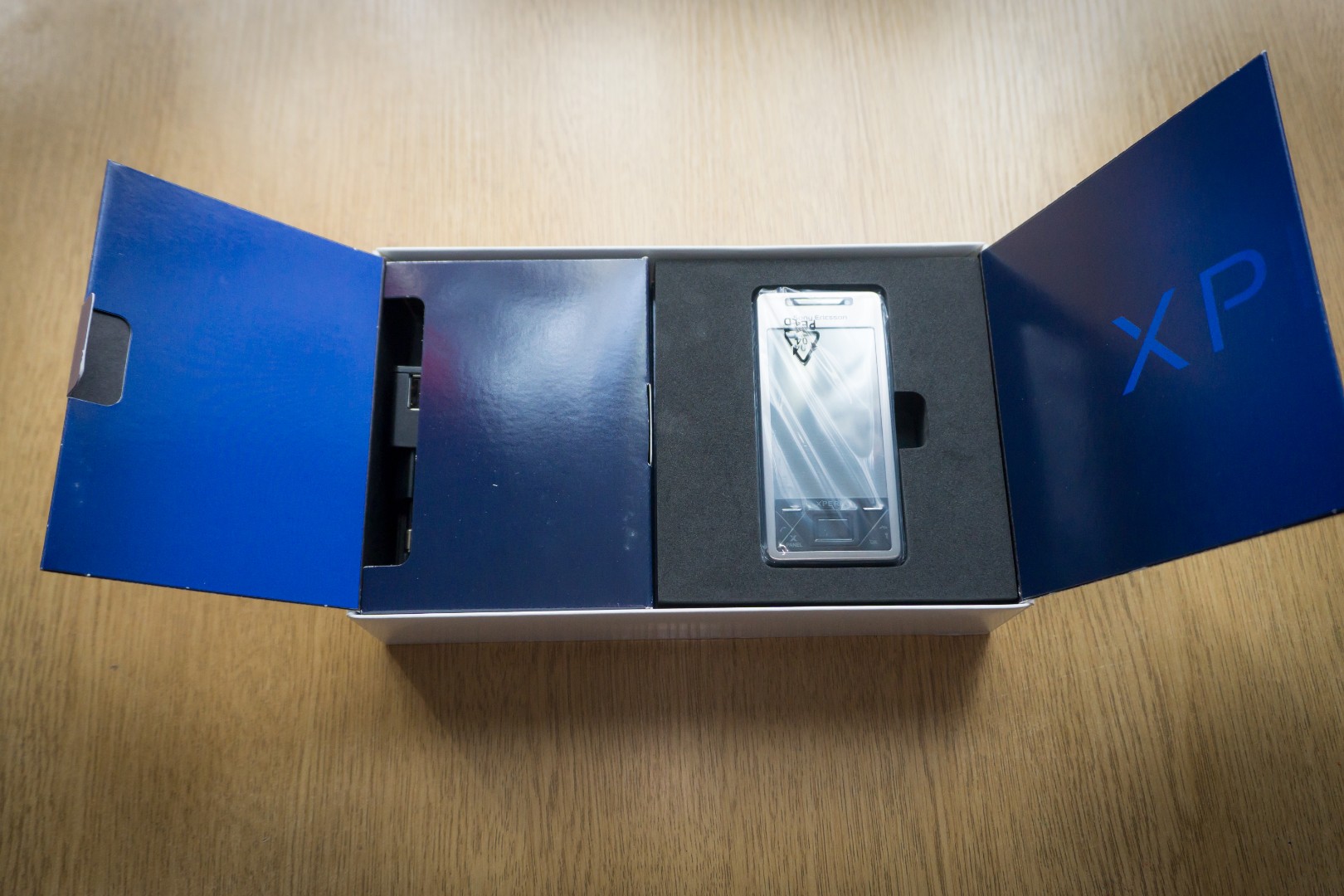 Opening the partition box reveals two seperate boxes (well 3, as one sits below the device box) a box for accessories, and a box for the device. 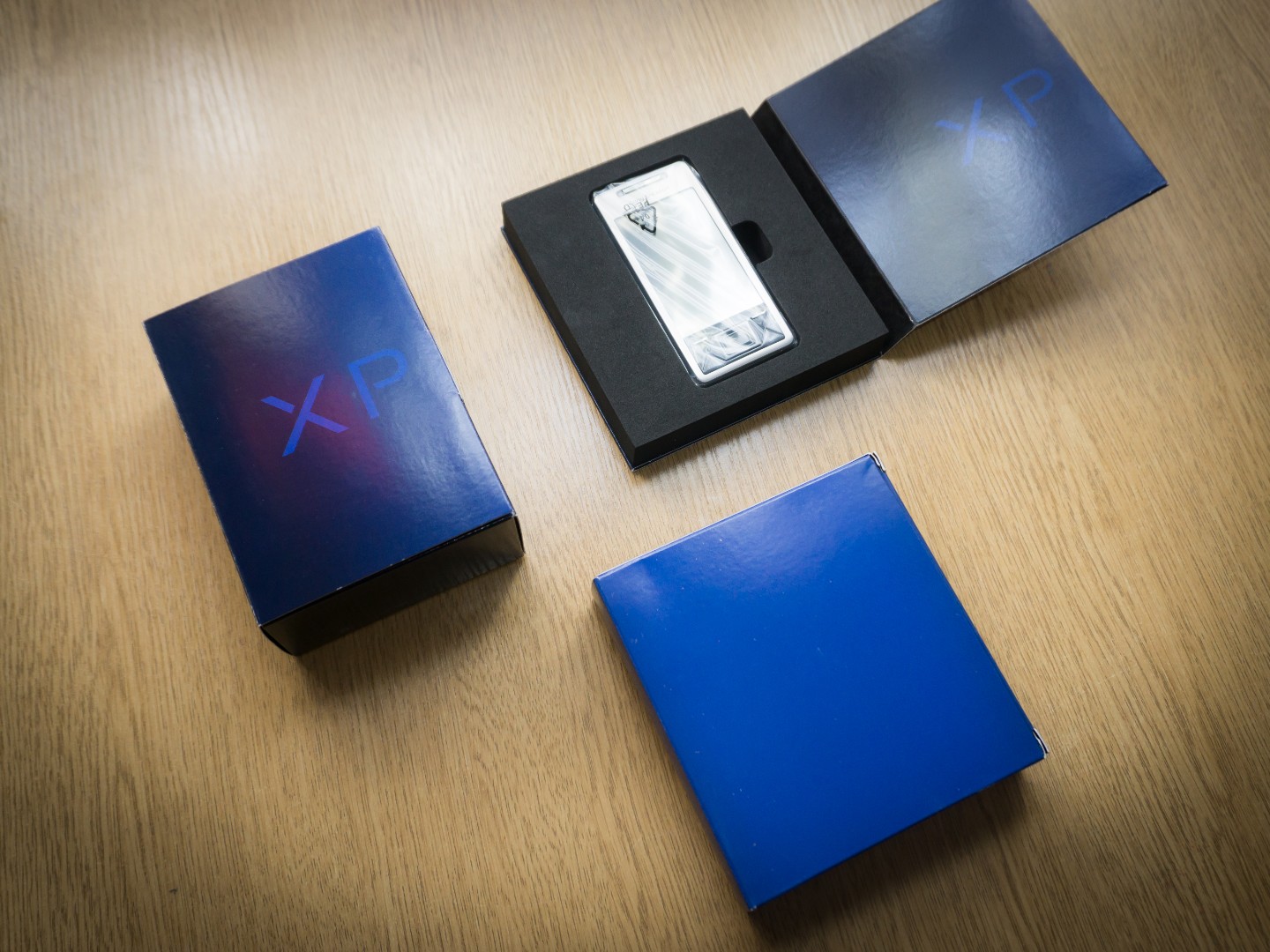 All boxes out of the main outer box. 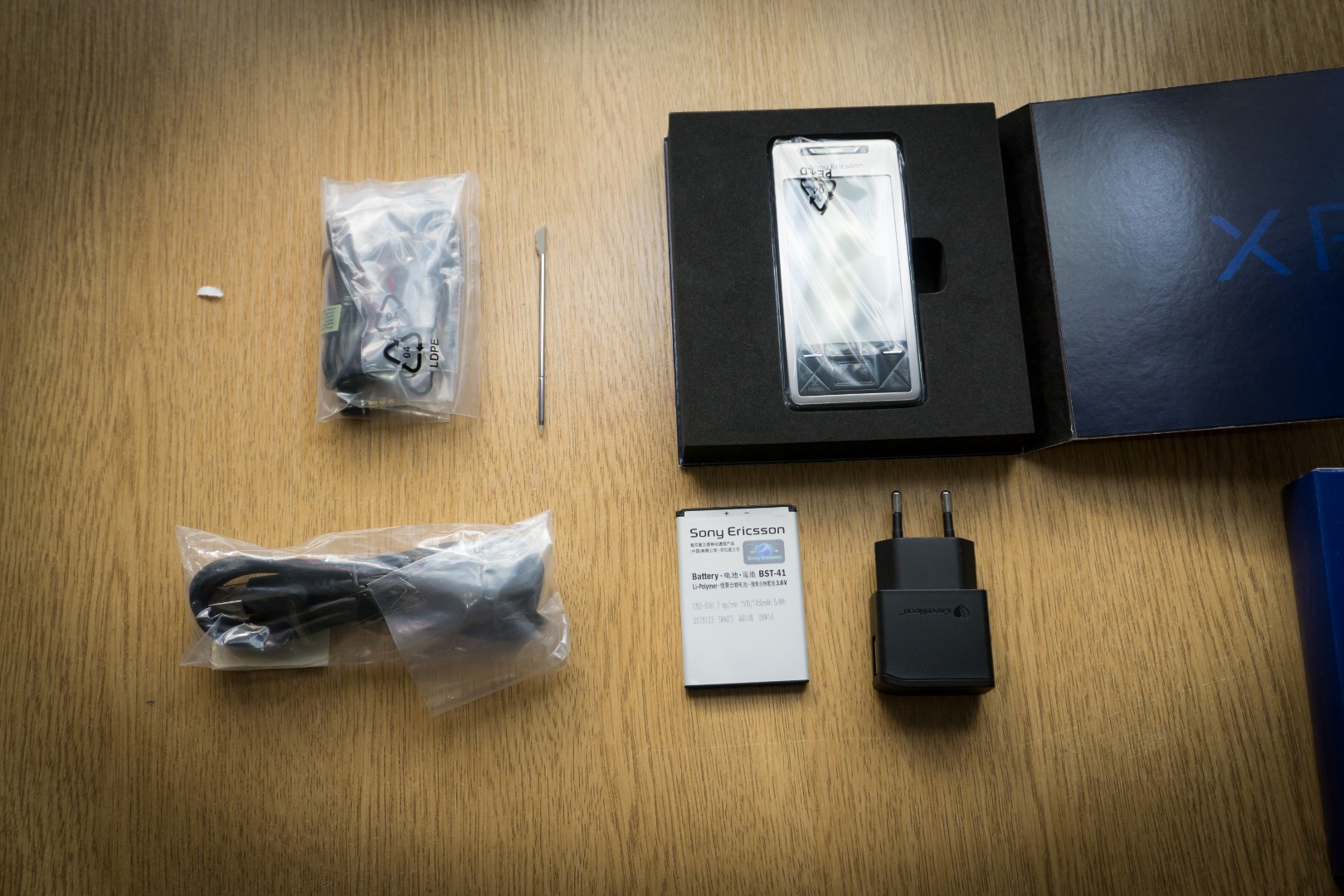 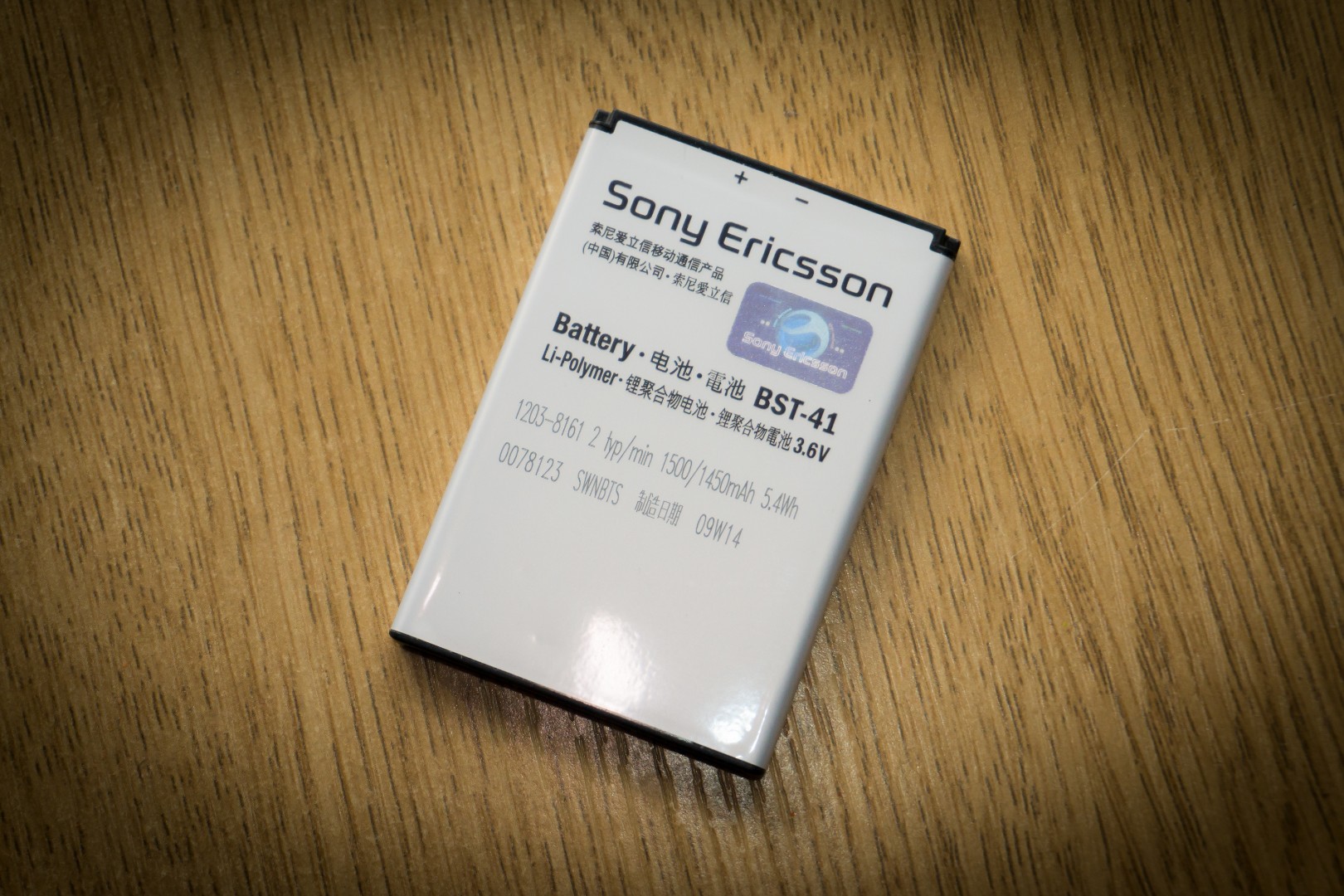 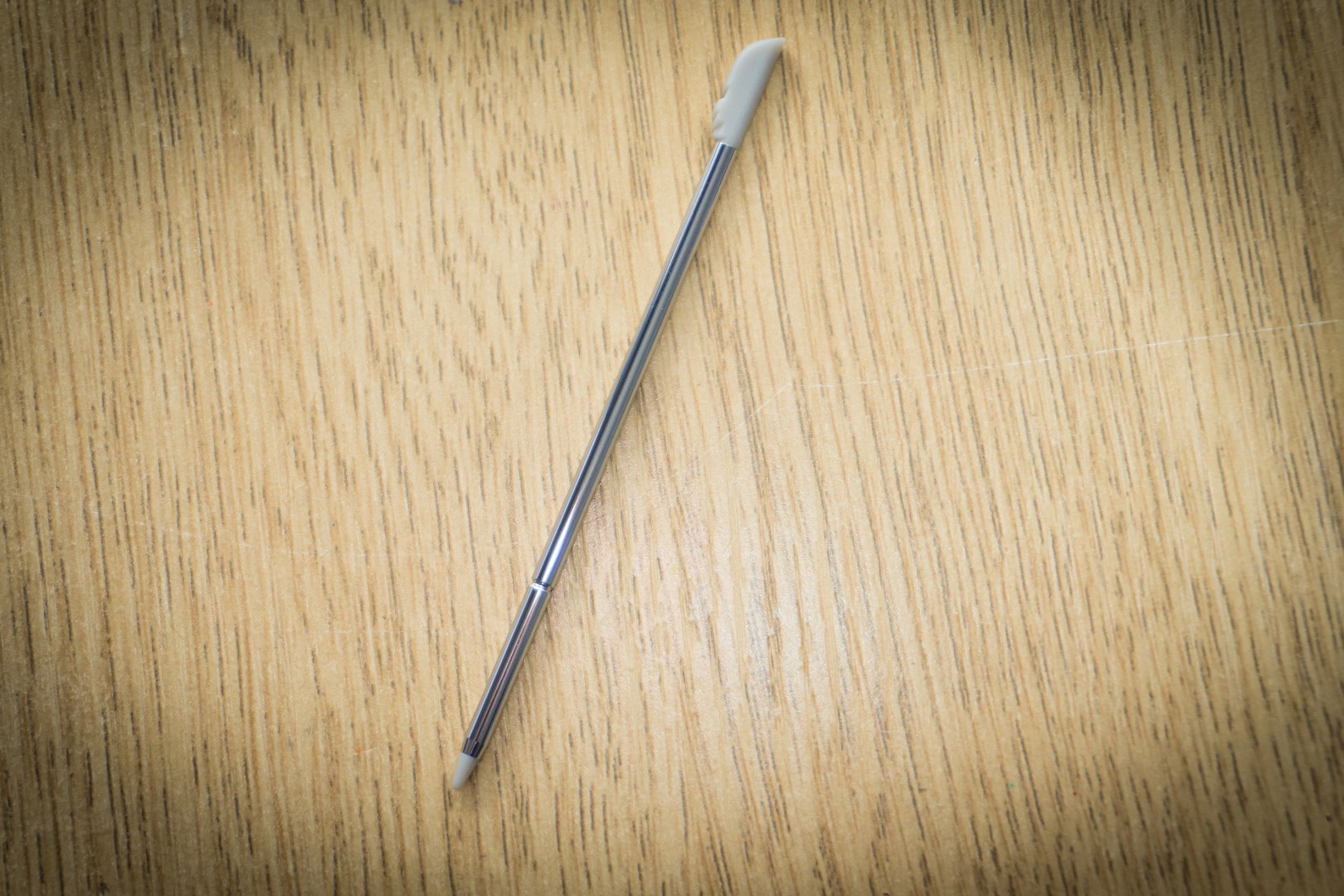 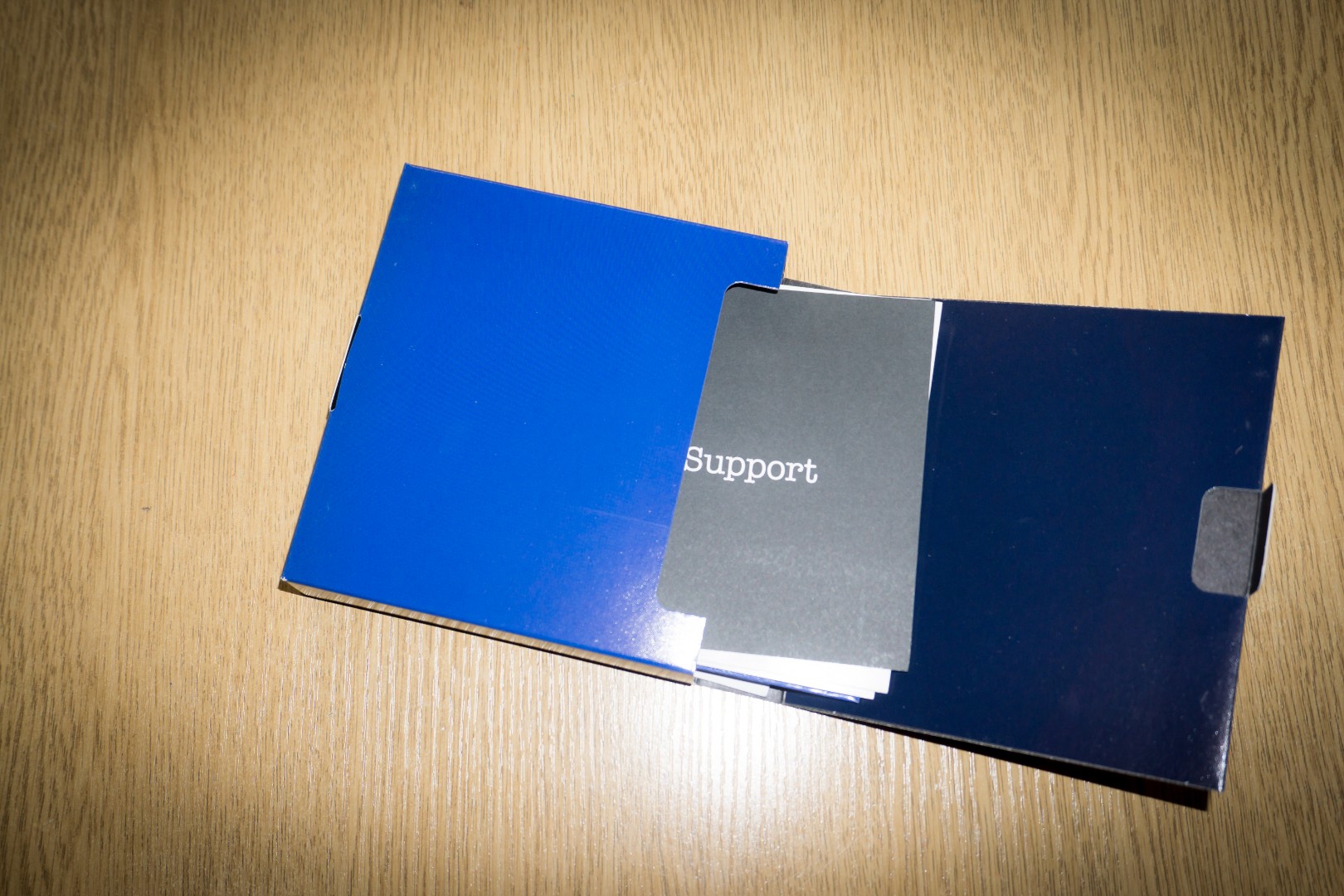 A 3rd box contains the many, many pages of information that I know EVERYONE reads. 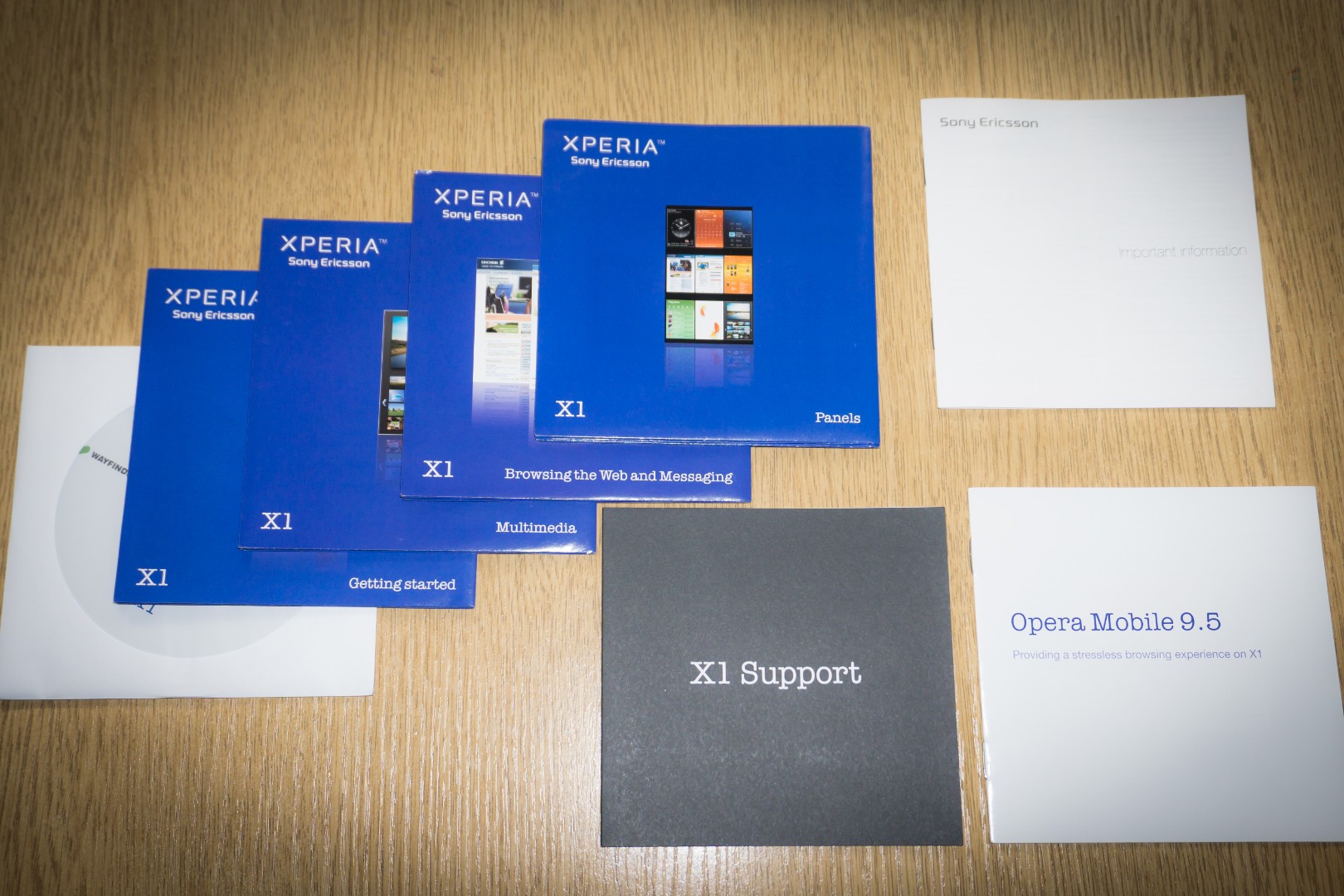 As well as the many info books, there is also a CD Rom* with software.

*kids, a CD-Rom is a storage method used for storing of drivers and software before the cloud.

and now the device.. 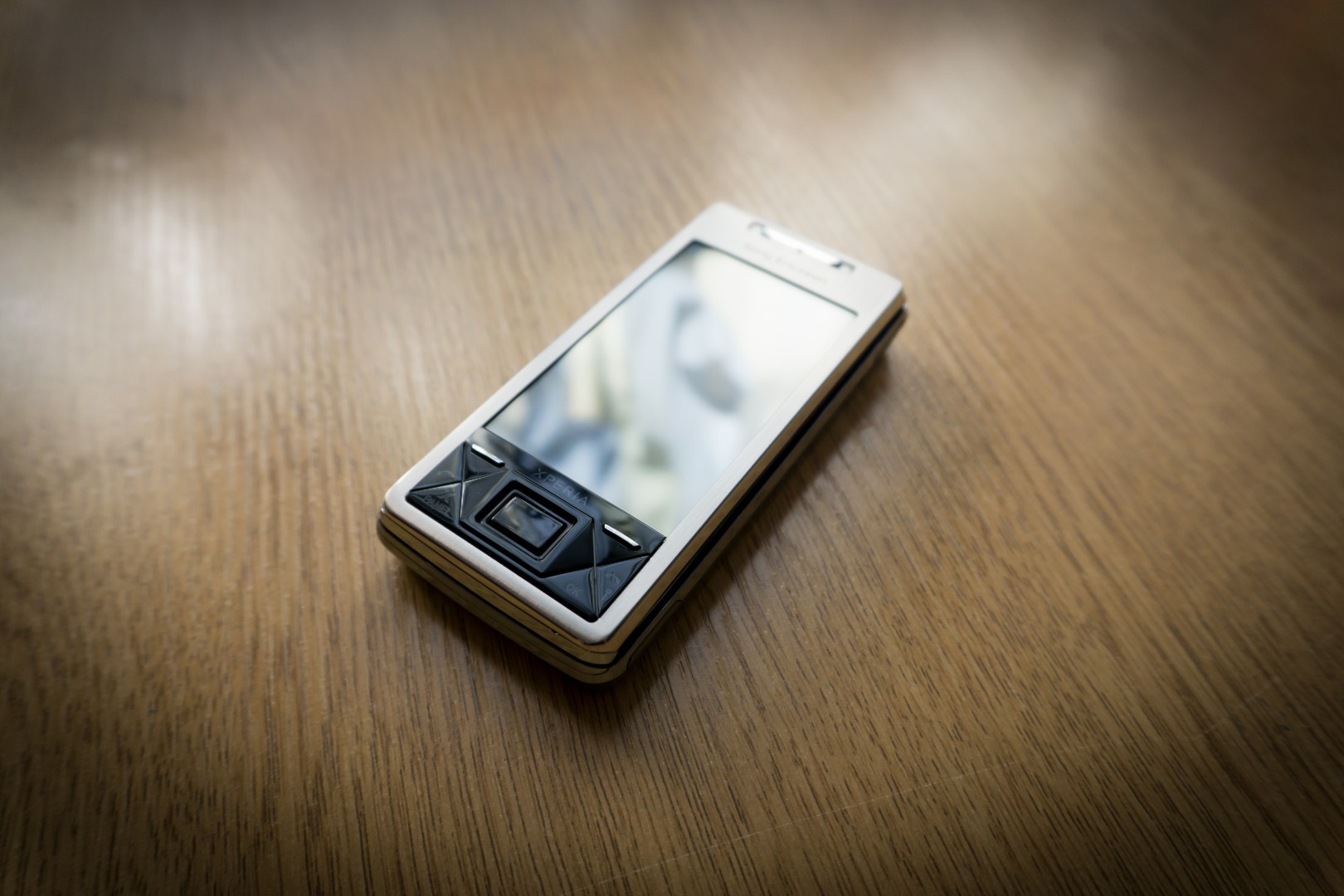 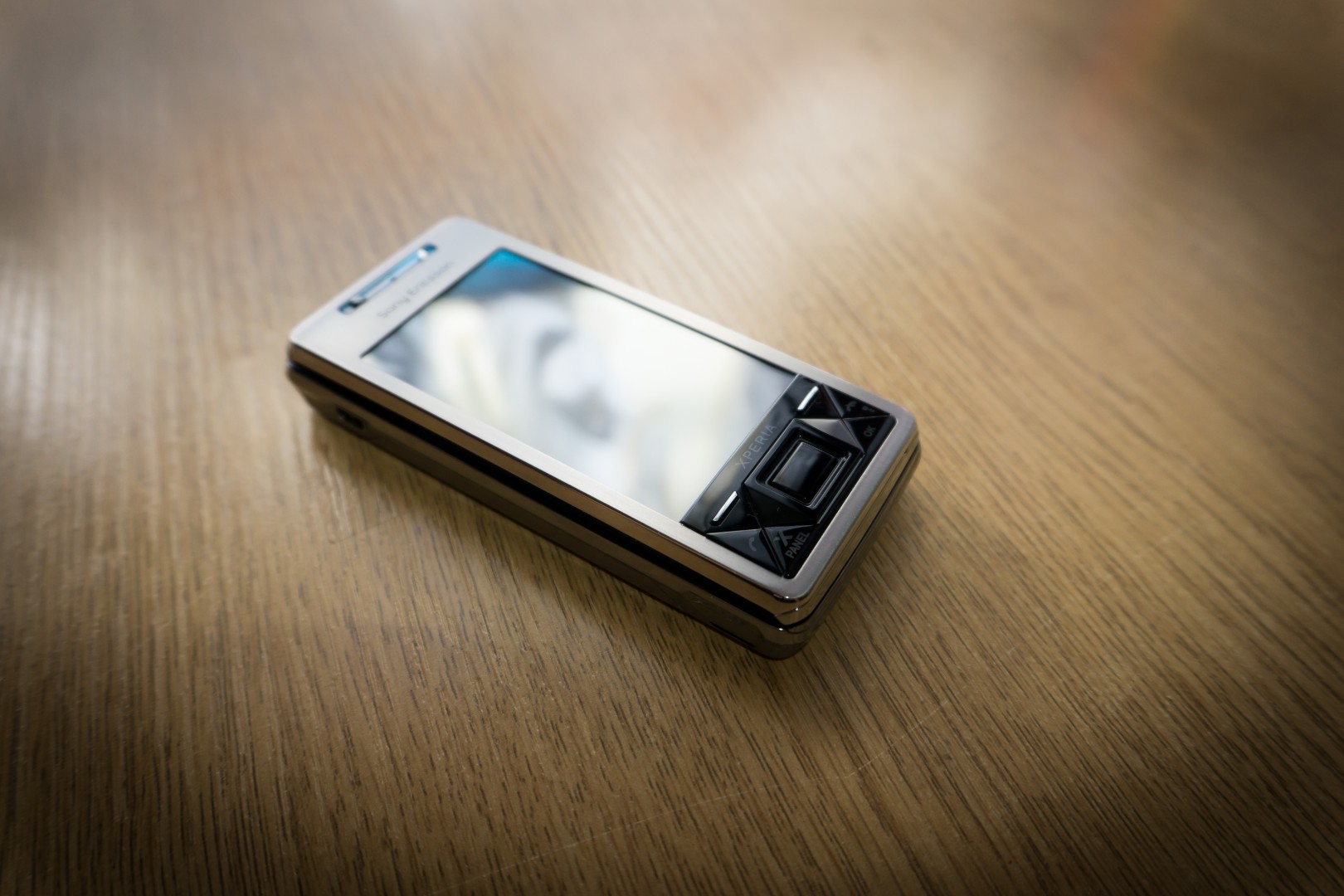 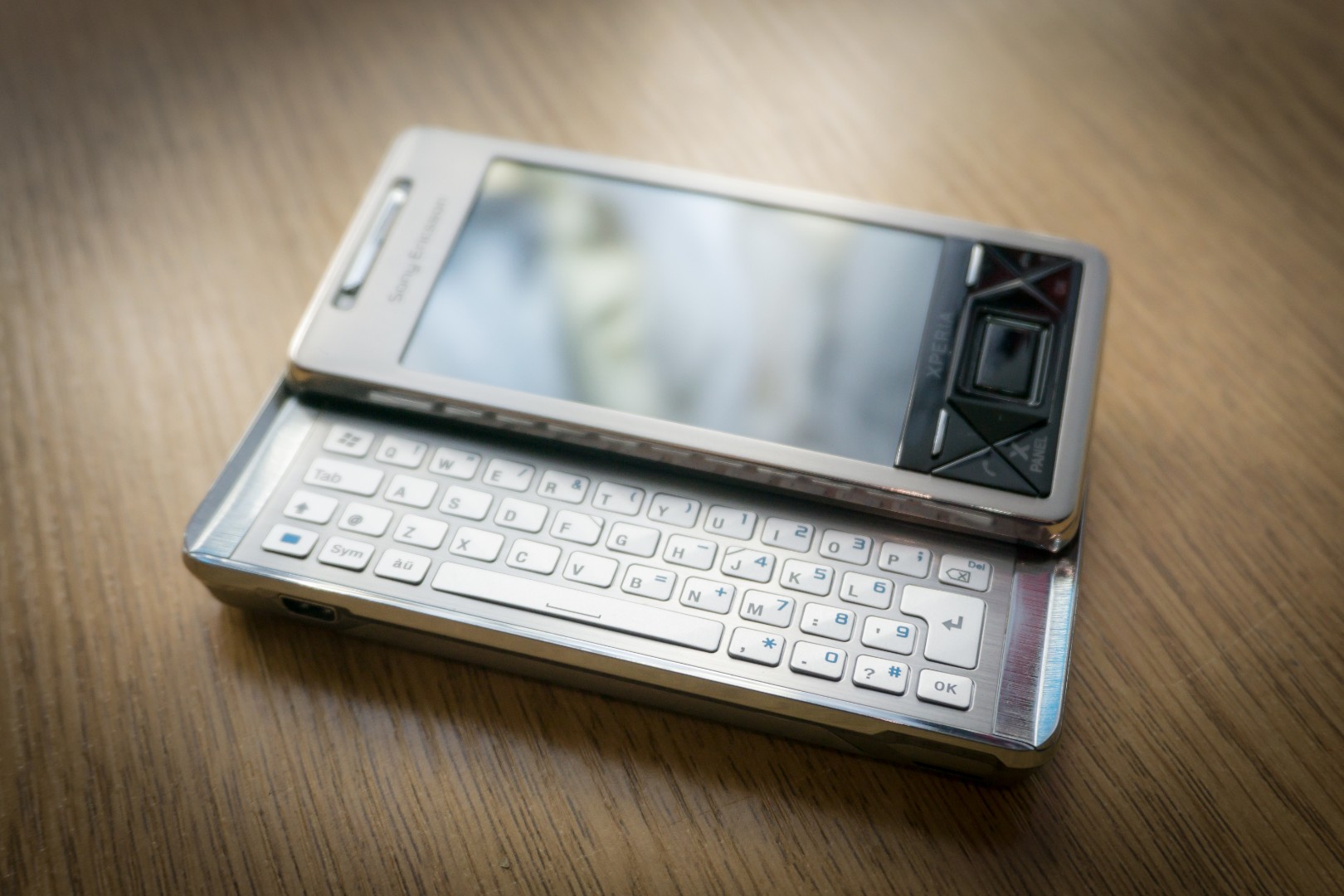 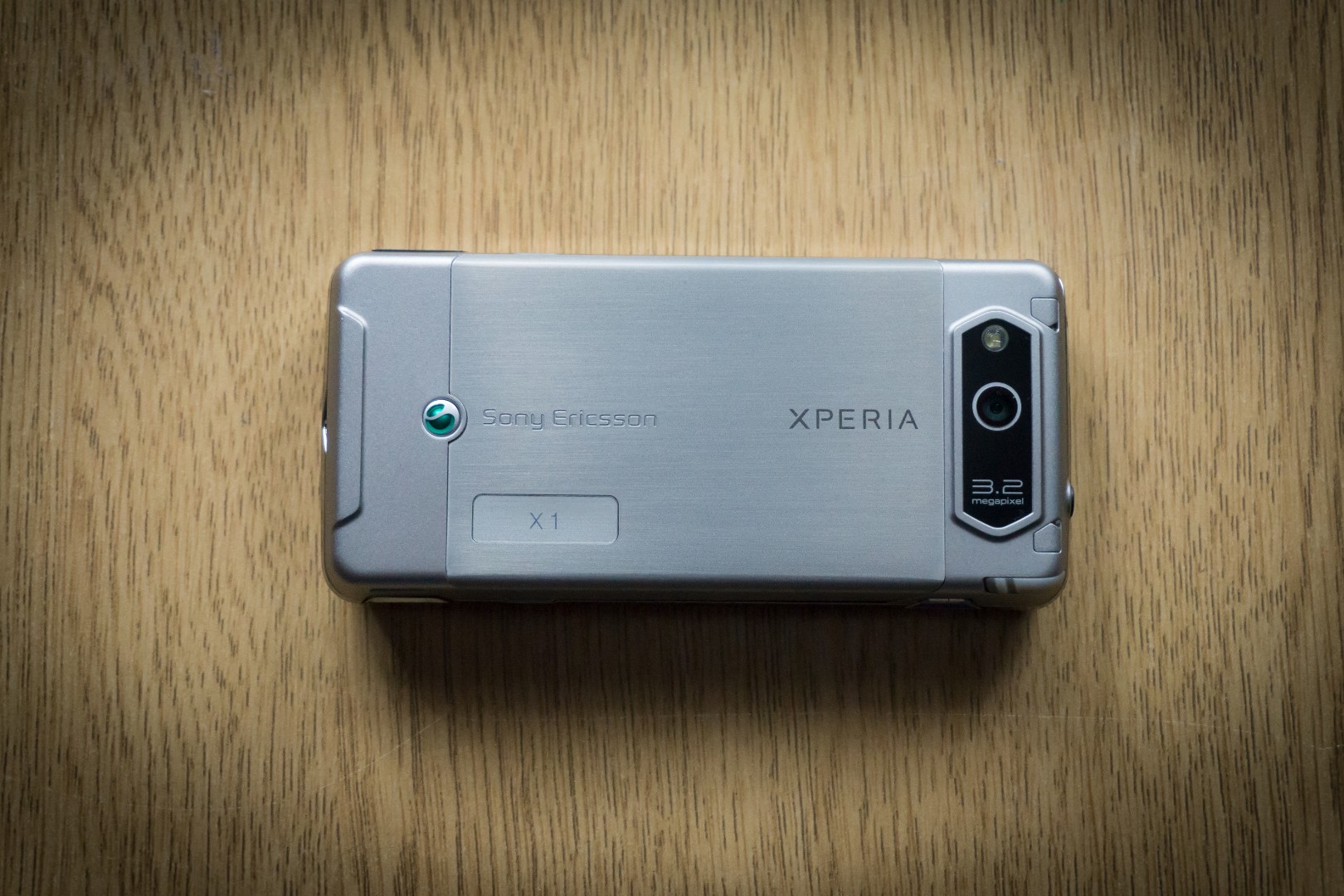 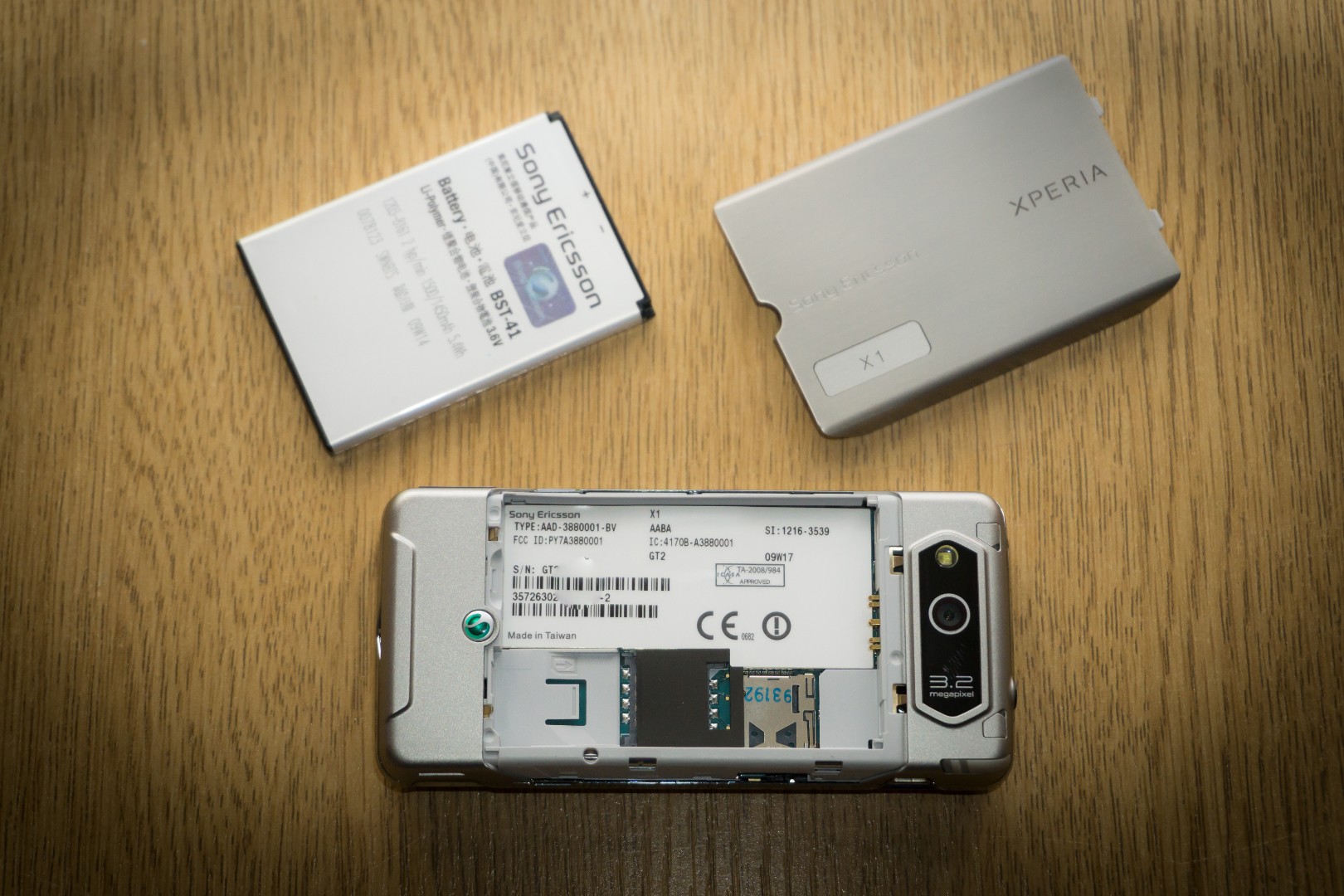 Sd card and sim slots, the X1 could handle SD cards up to an impressive 16gb. 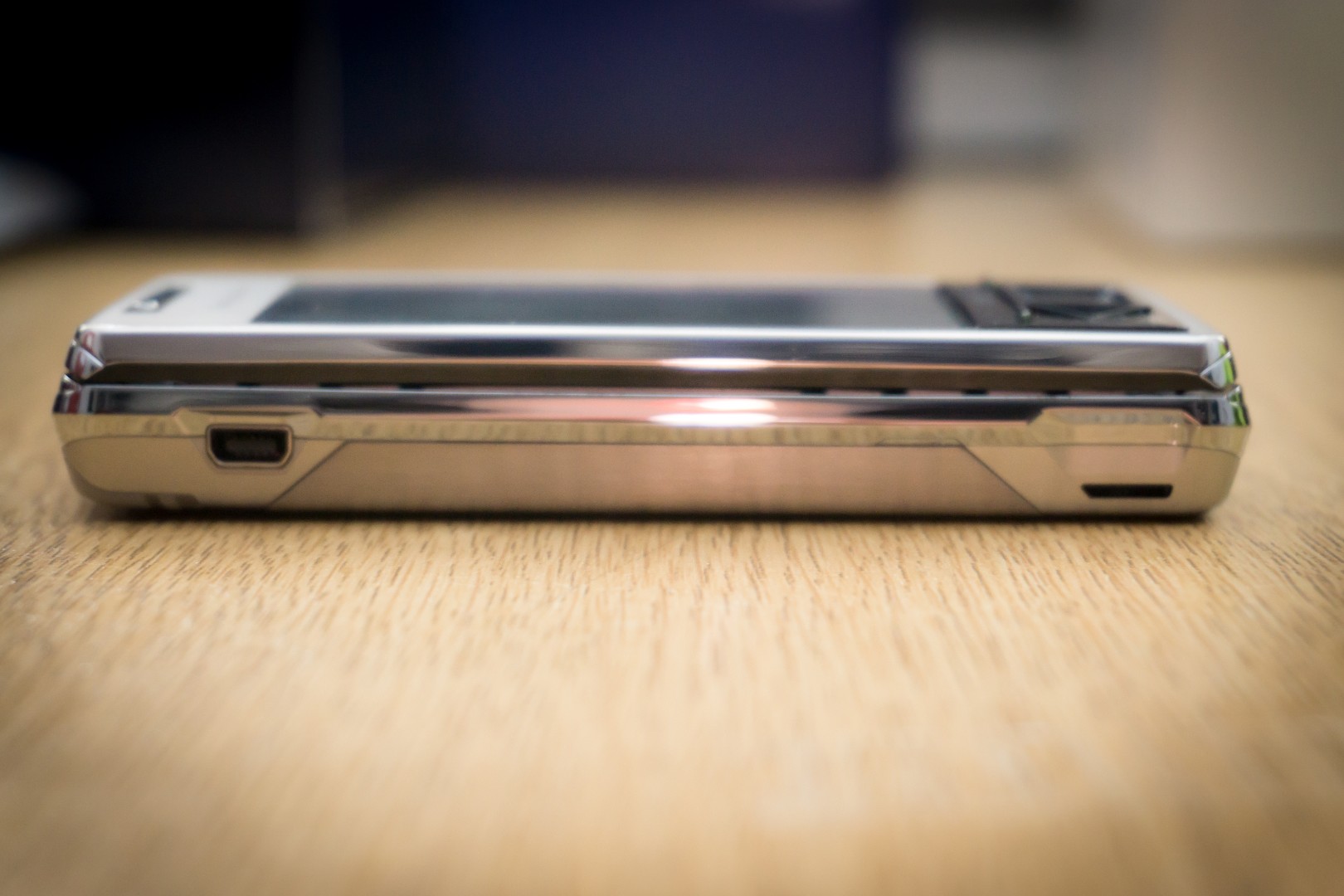 A mini USB port for charging, innovative in an age where mass adoption of the USB standard wasn't a thing yet. 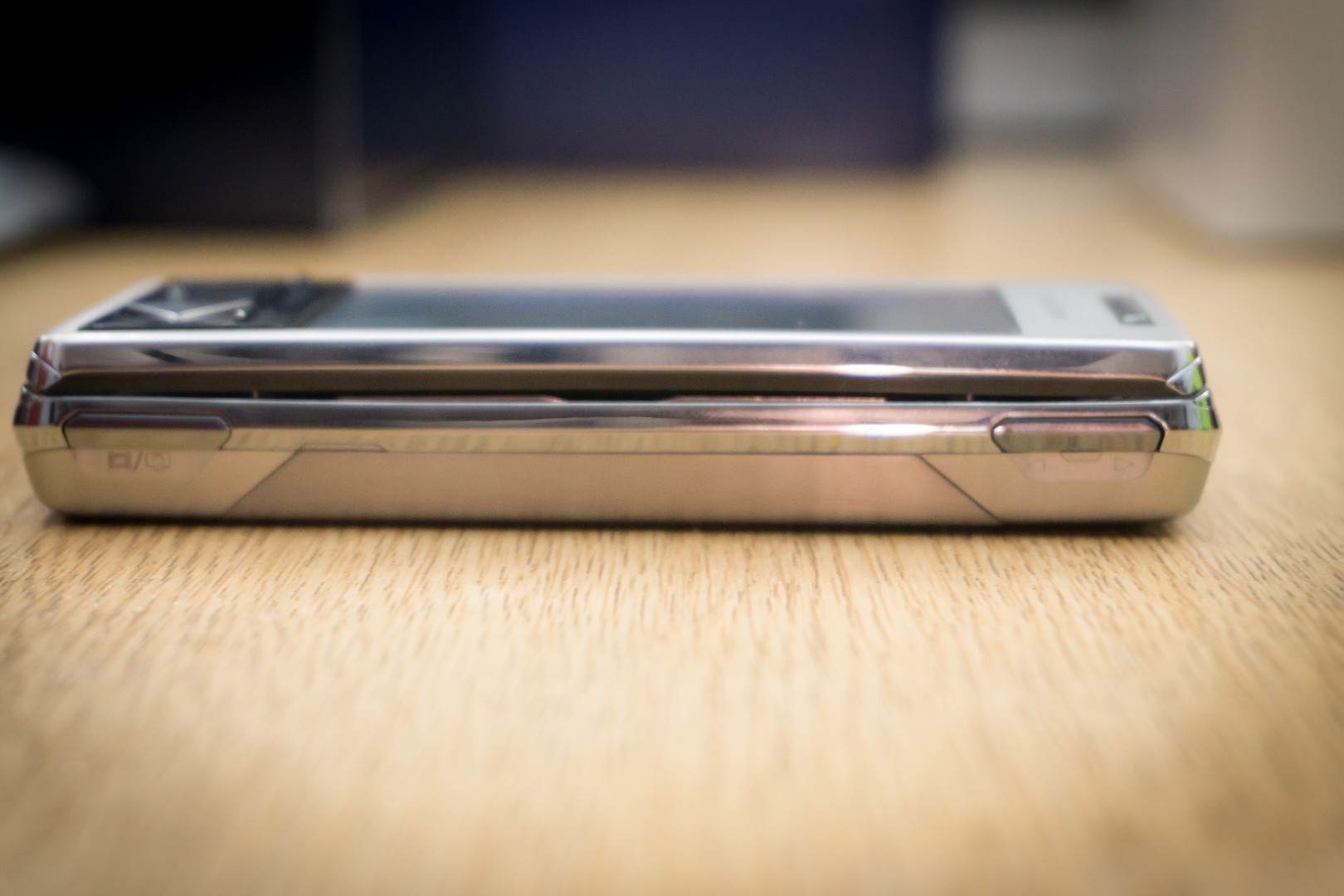 Volume rocker and headphone port adorn the other side 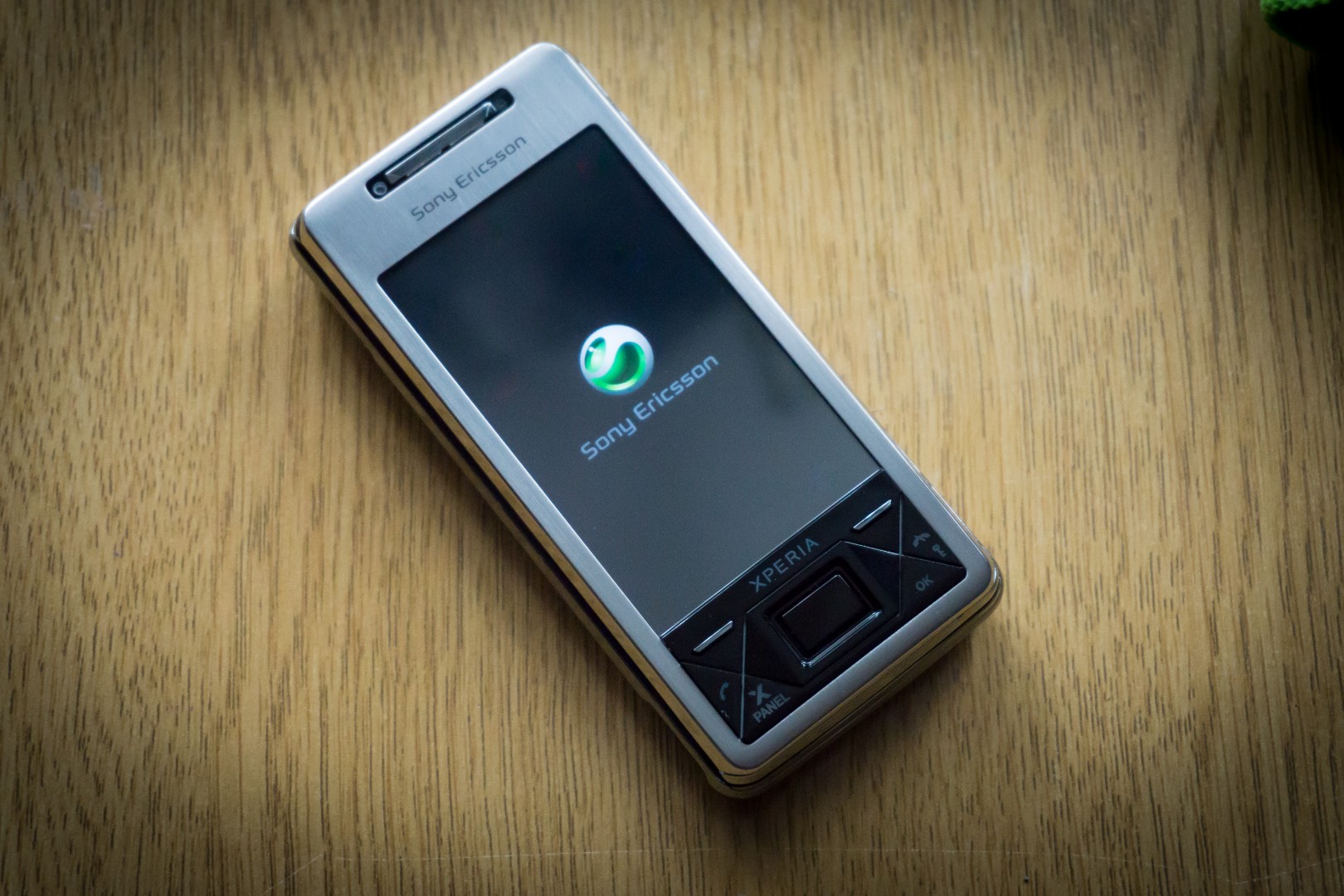 it's a long time since i saw this boot logo... 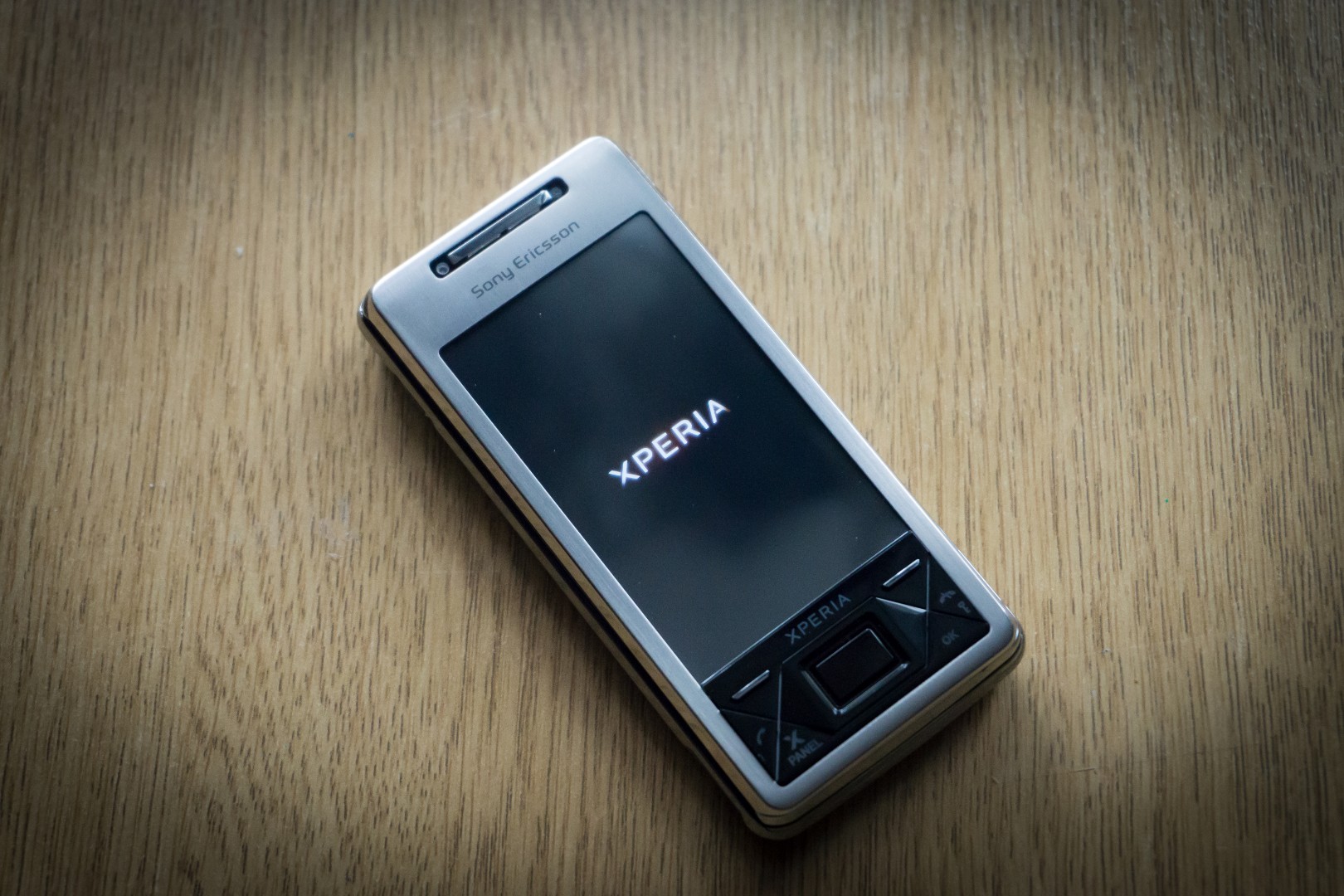 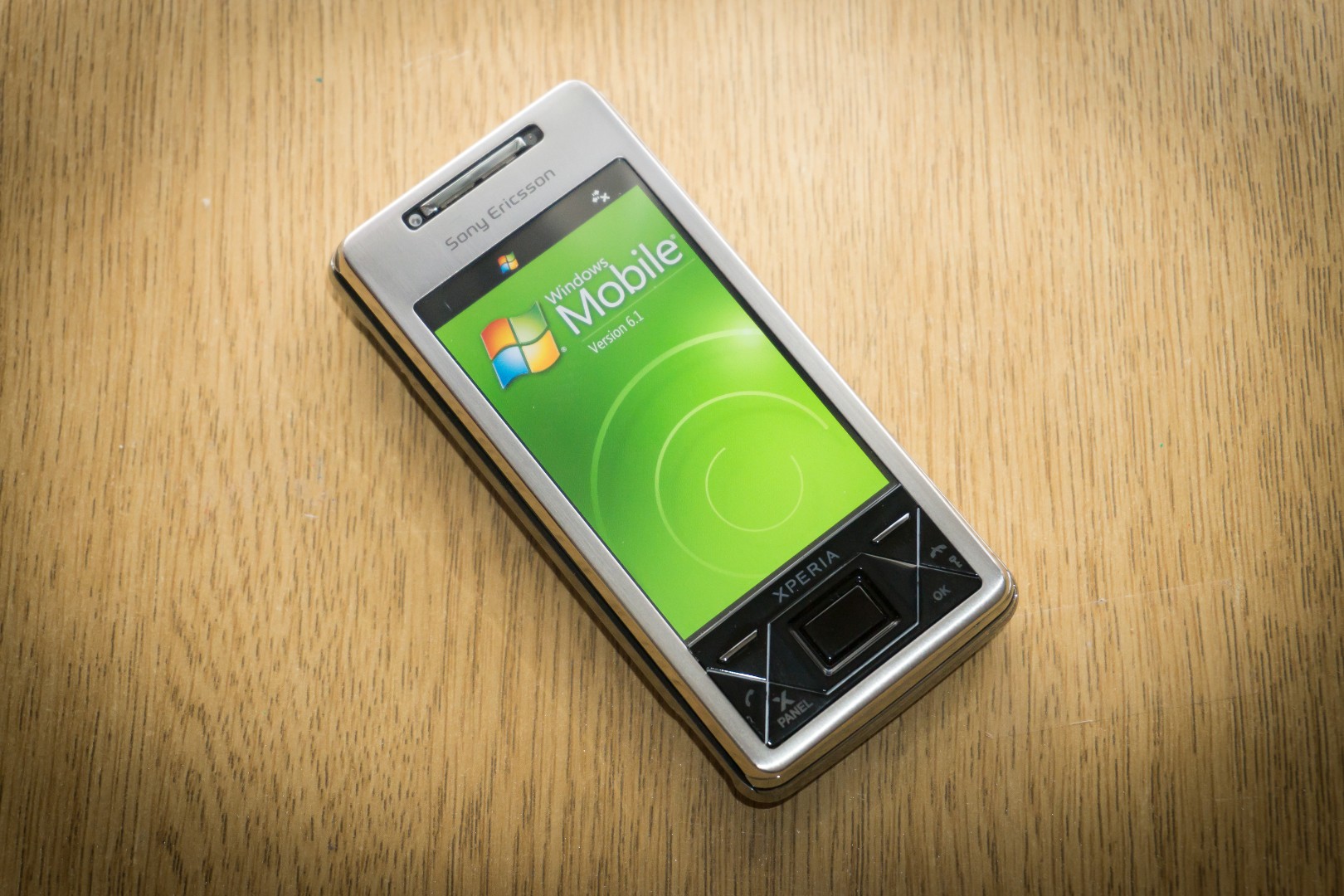 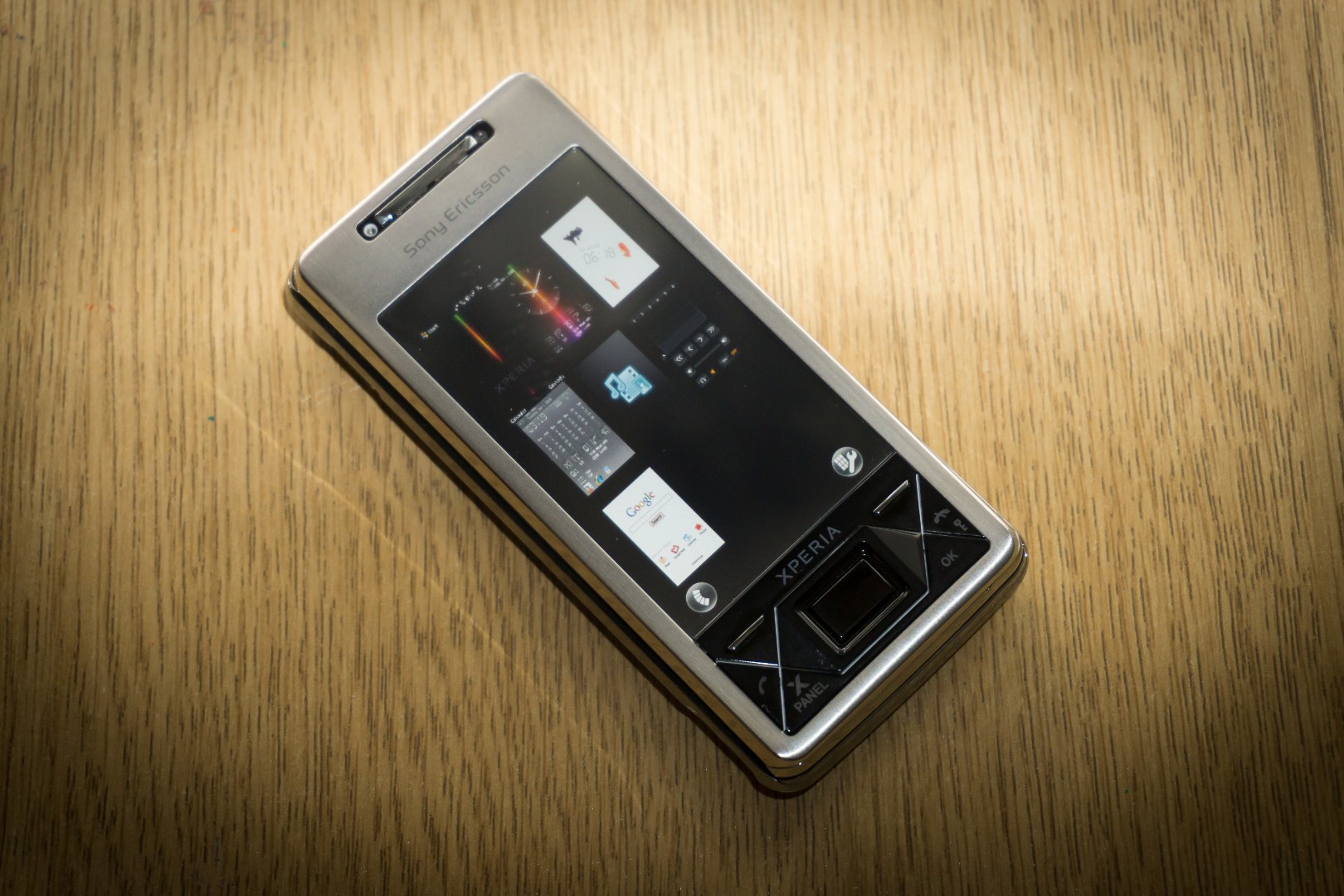 The Xperia key opened up a selection of your most use apps or saved panels, similar to how the ''recent'' button works on Android, or how Side sense works on Xperia XZ3. 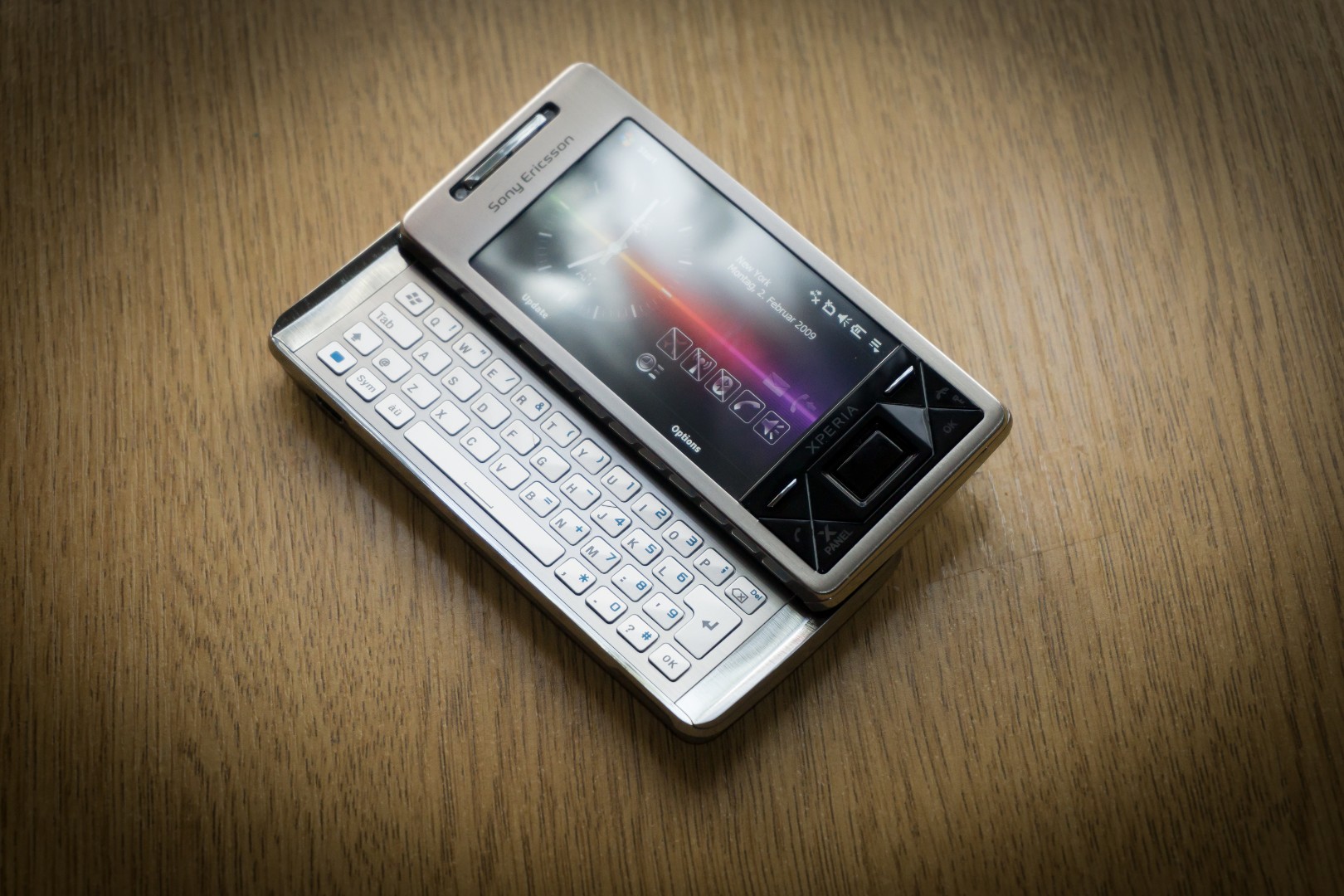 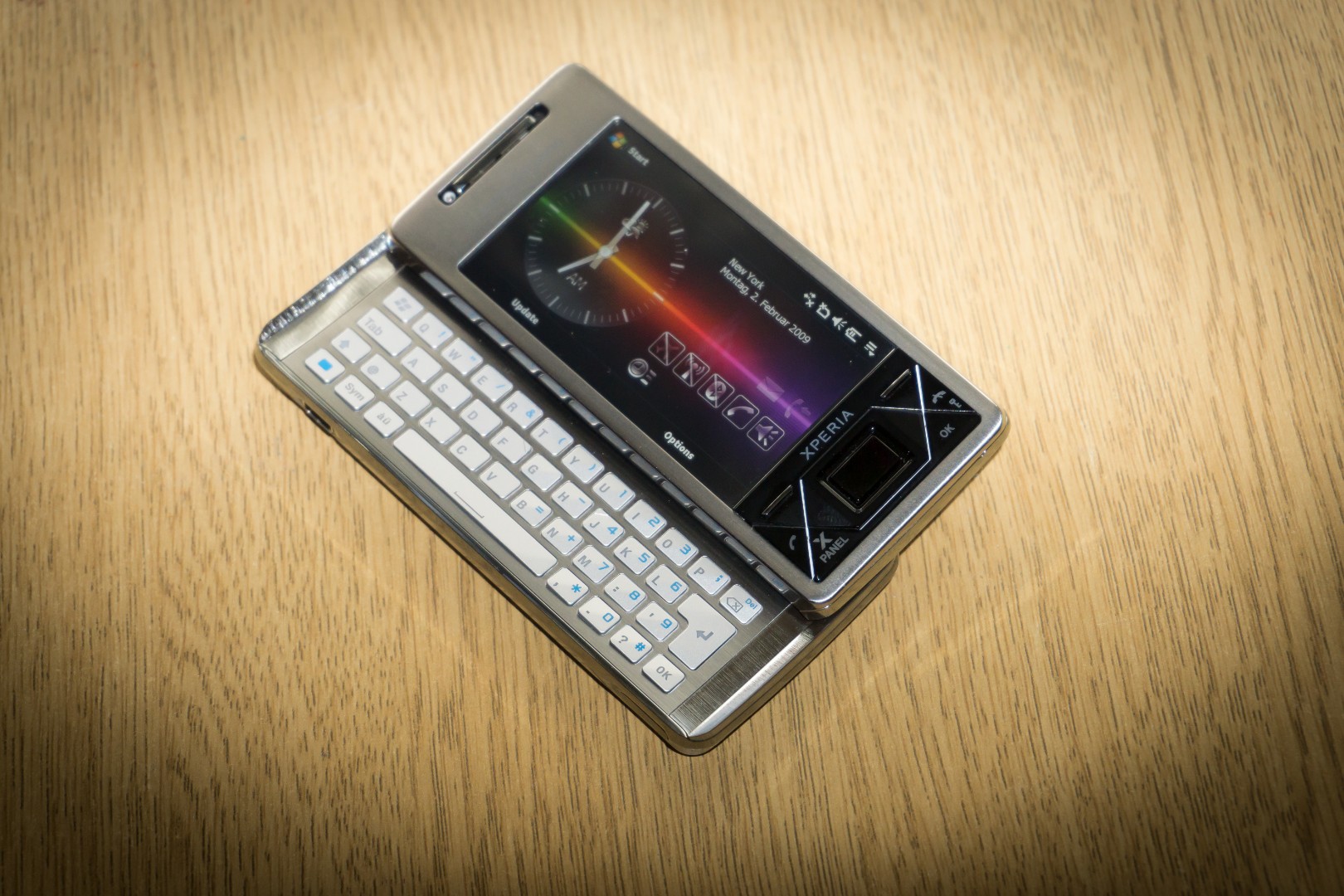 Opening the keyboard puts the device into landscape mode, this doubled with the stylus meant more screen real estate for the ui, and less for on screen keyboards. 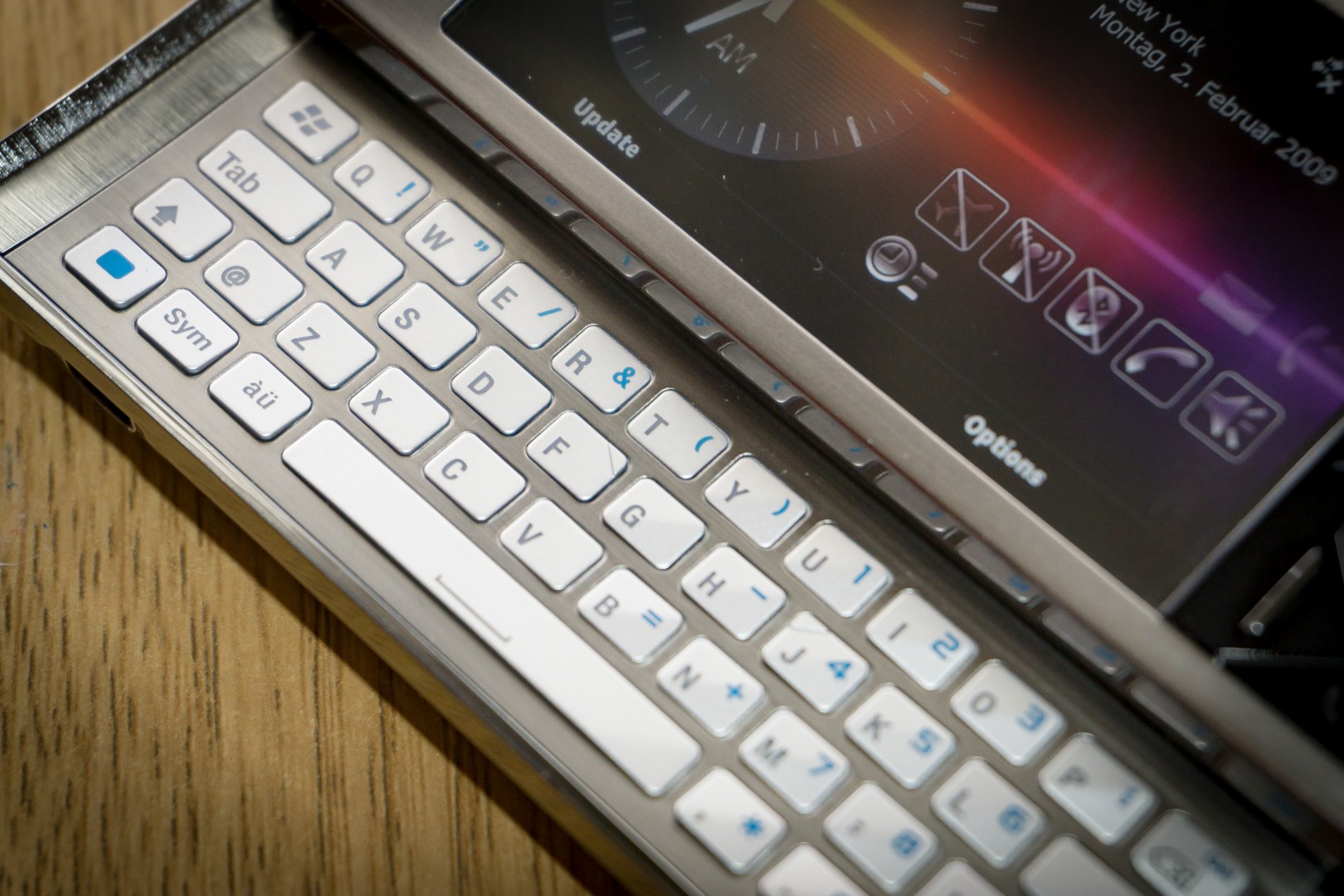 The backlit keyboard was set in a qwerty typeset and included all keys including an oversized space bar. 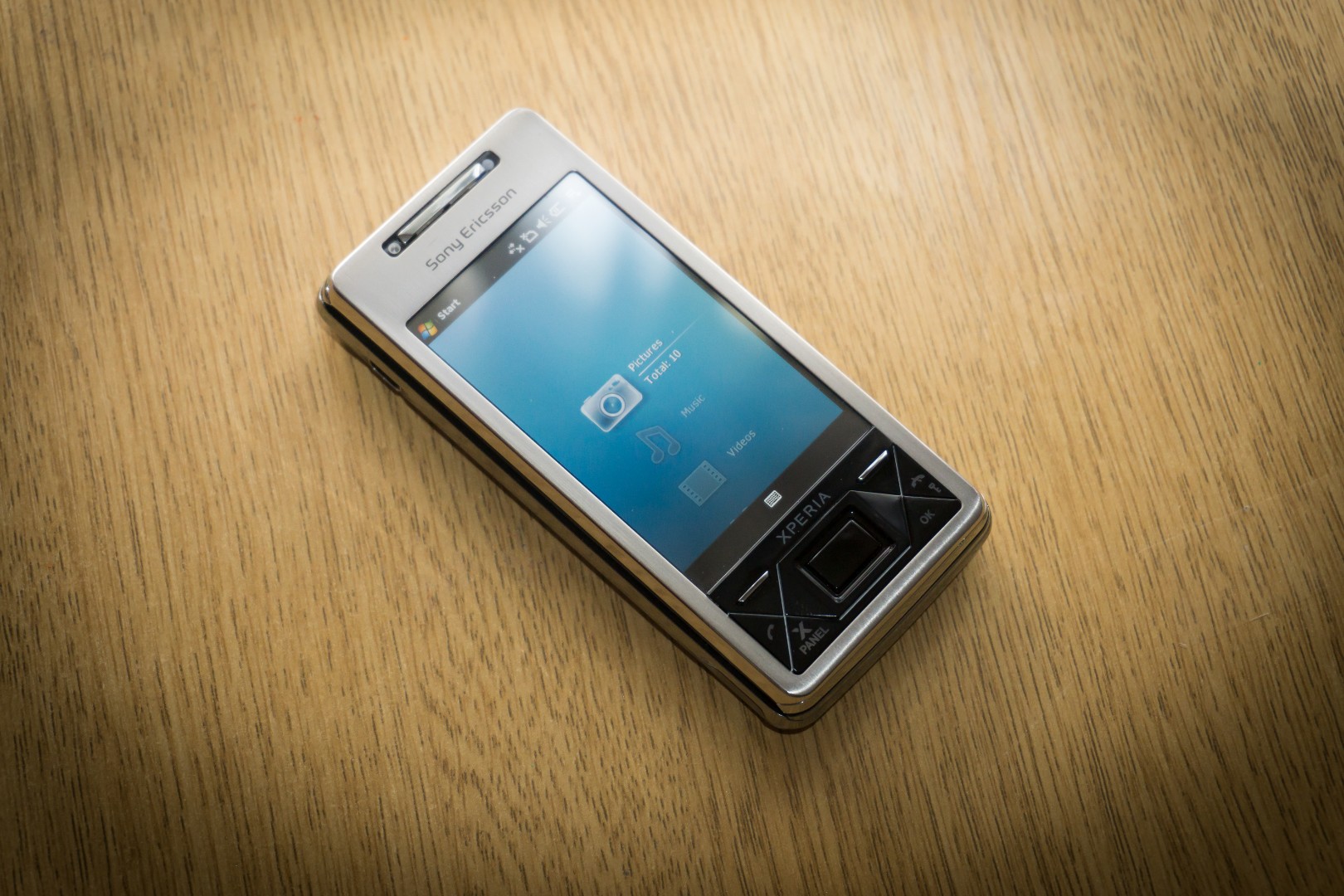 The album app was, well it was basic, but this theming carried through many devices, even early android based Xperia. 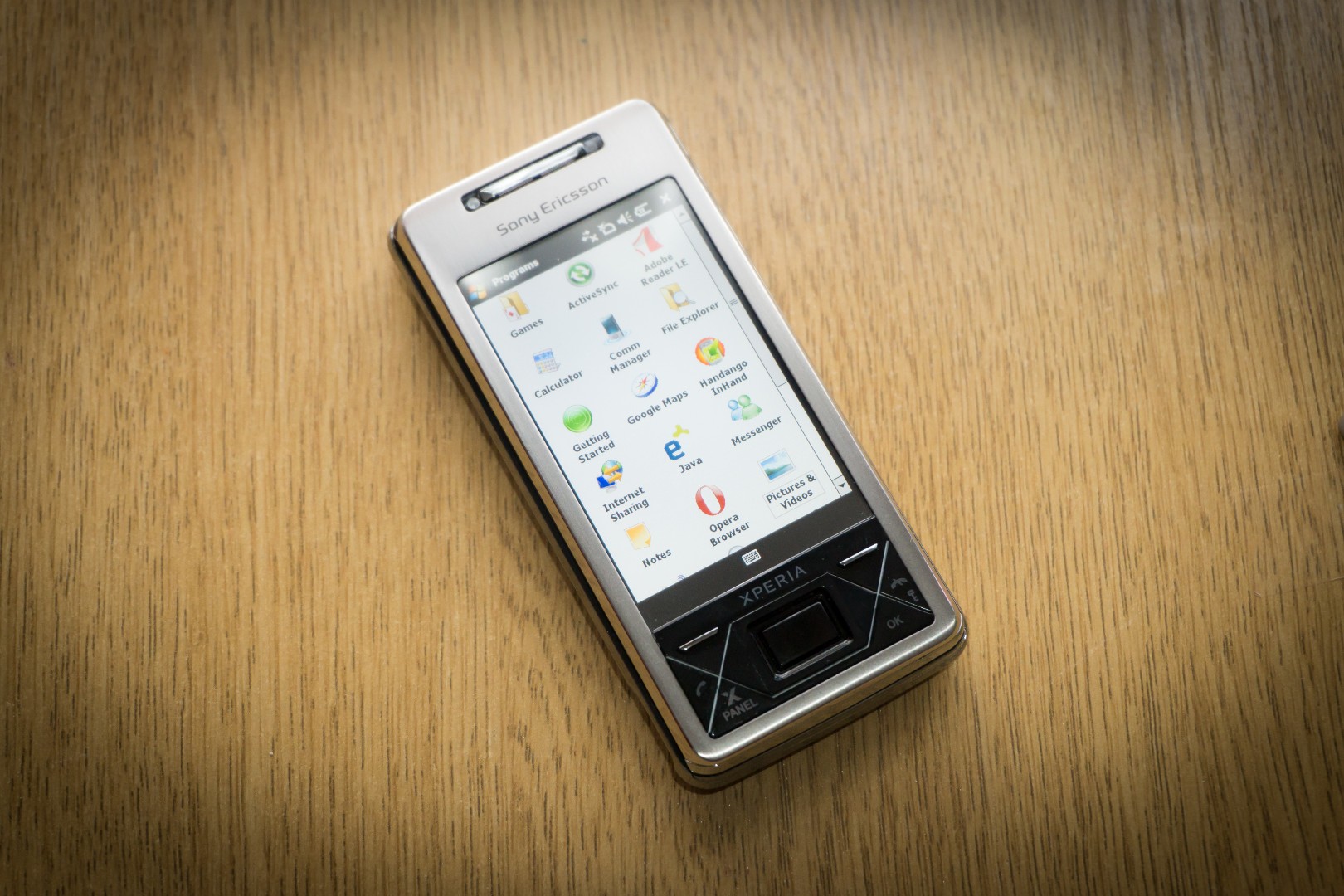 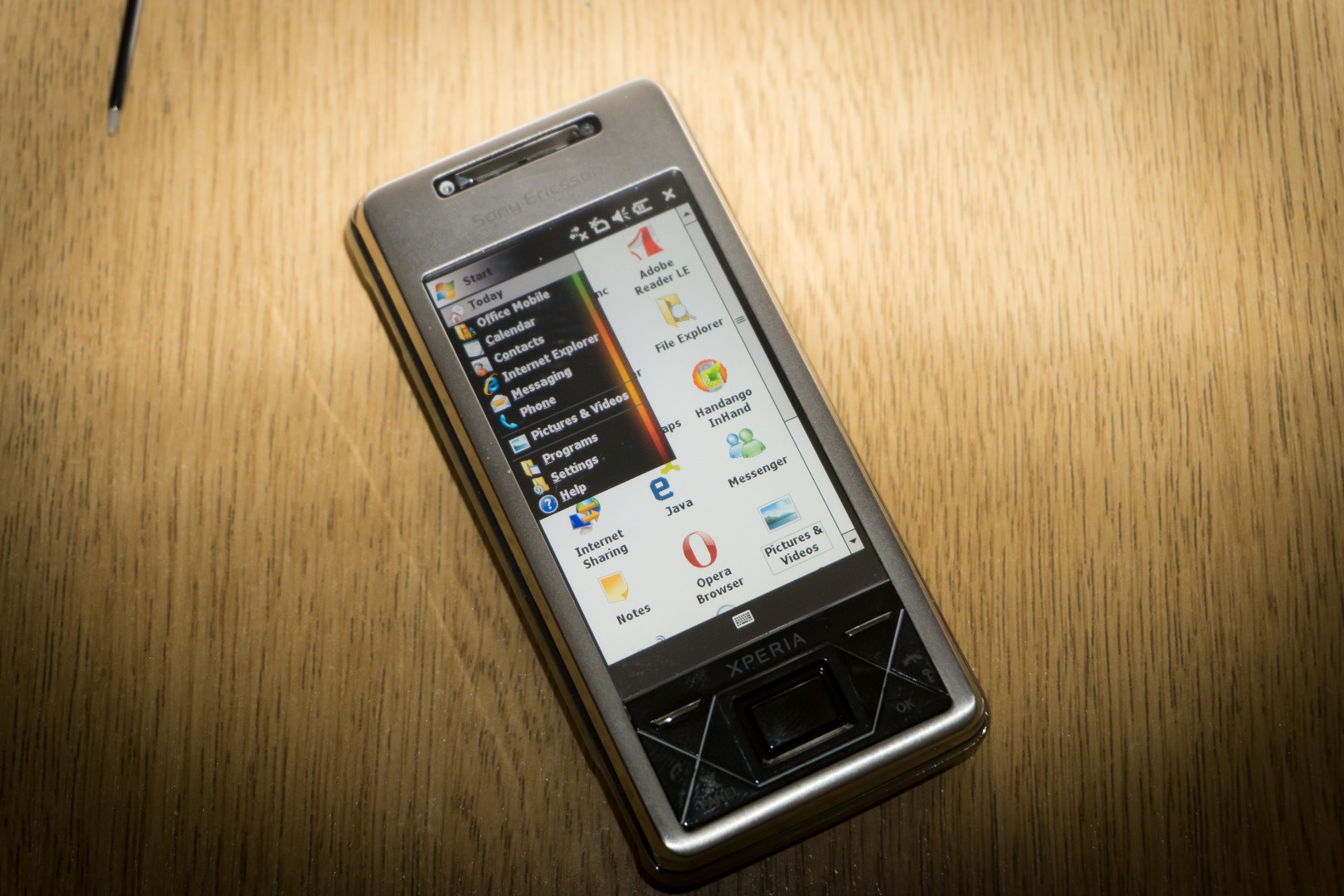 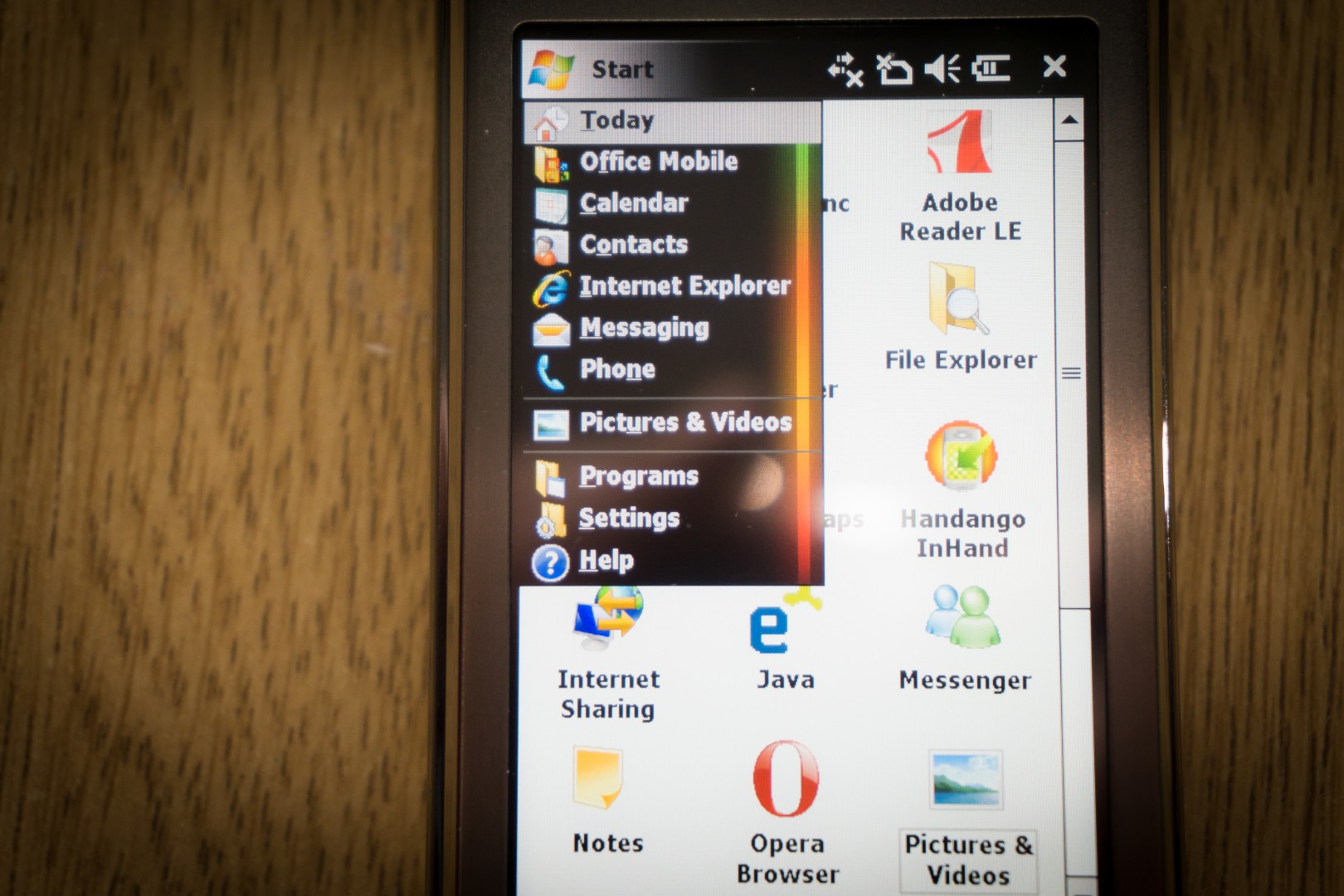 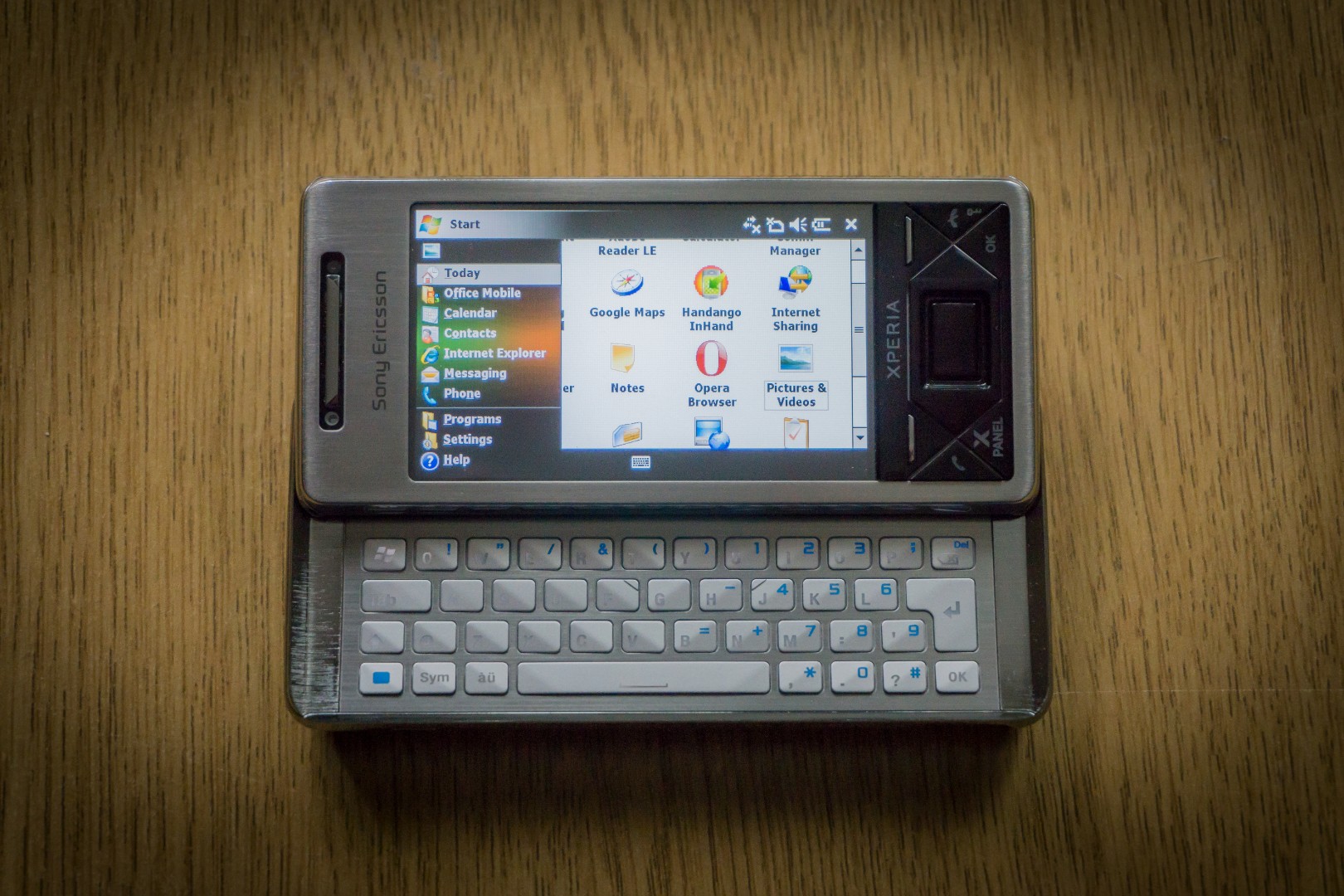 some more from the UI.

i hope you've enjoyed this look at the first Xperia, it may not be as in depth as many of my reviews but i feel more emphasis on the look and the unboxing was warrantied for this special look at a device celebrating its 10th birthday.

now to box it back up and open it again in another 10 years..

Your photos do it justice and it will be interesting to compare it to the latest Xperia in 10 years time.

Like the separate keyboard, it's so retro. Overall a good looking phone even though it's 10 years old.

They have certainly come a long way since then. Thanks for posting @viridis

Looks from the outside Very Futuristic for its time

Wonder how much it was when originally issued

I've had my Xperia L1 since June, after an infortunate accident with my pink Lumin 650 lte

Size & keyboard remind me of my N95. Them were the days!

0 Kudos
by Betablue
Options
Great fun @viridis and interesting too. A Windows phone, oh my! There's been a lot happening in the last 10 years, here's to the next 10

Great review @viridis I remember having this phone, was great, originally the photos app were akin the the playstation layouts if I remember right, and the notifications for the X1 were brilliant it has 4 leds (2 on each side top and bottom) if memory serves me so you could never not see them.

Used the love the 'tiles' as well, the fish tile was always unique.

Then they went and released the X2 which was never bug free.