Where to start, the box is sealed and big and heavy. You take the cellophane off it, also you get a few warnings of how to handle the phone and when you open the box it slides open and the white box is what the fold was in opened up unfolded I got the shell case that you can see kind of carbon fiber looking.

I opened that from the sleeve where the instructions are also on the case there's like sticky tape on it to help keep it on place on phone. Charged phone took about an hour to charge as it had 80 percent battery on it, did the app setup and settings on the small screen you can  type and make it slightly longer to give more room also you can see the keyboard is split into 2 to type on both thumbs.

I have used to go as one keyboard the small screen is 4.6 inches the beast on the inside is 7.3 inches. There's app continuity were you say open Google Maps on the outside, open it up and it carries on to the big screen. The same can be said for the big screen to the small one but you have to enable it as I didn't with youtube, closed the phone and expected youtube to carry on it didnt lol mate started laughing and so did I so I enabled it then showed him and it worked.

You can also have 3 apps open at once if you swipe from right to left.

Battery is good I get 24 hours battery with like 2 to 4 hours more with 3 to 6 hours screen on time the phone uses snapdragon not Samsung's exenos not sure how to spell that the phone has 2 speakers by akg turned eith Dolby atmos but you have to turn it on in settings.

You also get the Galaxy Buds with it.

I have something called clearshield on the front and back of phone. The shop that did it hadn't seen the Fold before. They wanted to try it and get the measurements, I screwed up by putting the carbon case on and it pulled the screen, that's why bubbles.

The sock is a shocksock, got from amazon for 11 pound it's best described by like wetsuit material.

I love using both screens and typing on both if watching videos the speakers are at bottom and can get in way of sound so turn the device and no problem.

The phone has 6 cameras, yes 6 lol one on outside 2 on big screen and 3 on the back.

Also to note the fold crease isn't a problem if screen is dark you see it and if light hits it but it's no bother.

You obviously have money to burn on technology that's still in its infancy and far from perfected. From the photos you posted it looks big and clunky. Come back and update after a few month's use and see if the article I posted in the other thread is accurate or not.

Here's a pretty negative review, @liggerz87 Something you might want to read and think about while you're still within your 14 days.

Thanks for the review @liggerz87

Although I am a Samsung fangirl, this one isn't for me sadly. I'm not much of a photographer, so 6 cameras would be wasted on me.

I am all for large screens as my eyes aren't what they were, though not into it being folded to make a large screen.

I sometimes watch F1 on my phone and if that fold affects my viewing I would be annoyed at it.

All that said, if you are happy with it, that's all that matters.

0 Kudos
by JAZZ-trad
Options
Hey @liggerz87
Looks interesting
Trailblazing of course
Good review , enjoy your new phone.
6 lens cameras perhaps you'll take a few pictures when it stops raining. There is a photo section in off topic.
0 Kudos
by liggerz87
Options
Thank you all ye when phone is closed it looks chunky and looks like a snicker or Mars bar obviously a bit wider lol and taller when you unfold to use big screen it's actually really thin the crease thing dont really know it there doesn't bother or effected me when using has 3 cameras on back like wide angle normal not sure the 3rd one haha then on big screen 2 and then 1 on front
0 Kudos
by liggerz87
Options
Had the phone since 4th feb
0 Kudos
by Cleoriff
Options

I'm sure you will enjoy it @liggerz87 . It's far too complicated for me...

I have to say that the phone is one ugly gadget in my opinion and if i had that much money to spare, I would buy a very good phone for a third of the price and a large screen smart tv.

Nice review though which is more to the point, and the whole point really. Thanks for taking the time

Thanks for the review bud, can't wait to hear how you get on with it!
I'm quite surprised how invisible the fold is on that webpage!

I'd love to try one for a week or two, to see if it's a novelty or of some actual use!

I'm not sure foldable phones are the way to go

0 Kudos
by TallTrees
Options
Hi @liggerz87
Well done
Good review keep us informed
I read that when the car went motorised they walked in front of it with a red flag 😎
So worrying !
Enjoy
0 Kudos
by

Great review @liggerz87! I was really interesting to hear from someone who's been hands on with a folding phone.

@liggerz87 firstly I've got to say it, so I will, poor you for choosing EE. You may later regret such a decision.

I'm a massive Samsung fan but these foldable touch screens are still in the early days of being perfected and I just darent risk having one yet. I played with the Galaxy Z Flip in London last week and I could already see from the fold on that demo model that it was weak and looked as if it could crack at any moment.

I would be very interested to know how you get on with it though.

Keep me posted on your thoughts of the pros and cons

Is that a Samsung Galaxy Fold in your pocket, or are you just pleased to see me? 🤣

As someone who owned a Sony Ericsson P1i years ago, I know life can be tricky out on the edge, and it's nice to come back into the fold, but...

Interested to know if you are still in love with your Fold? As you got it in February it would be interesting to hear your thoughts now? O2 have now got it in stock by the way. 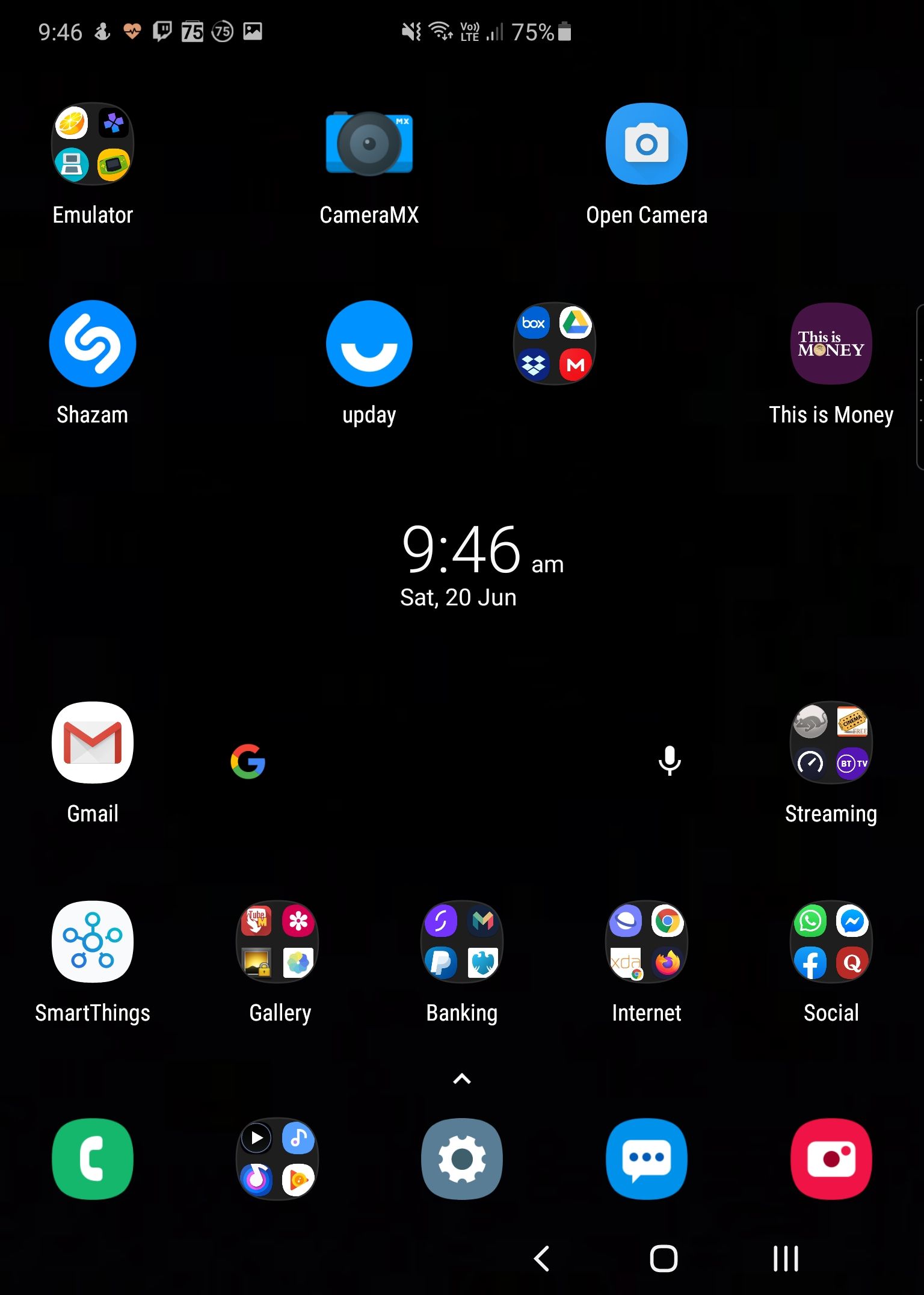 Great to hear you still love the phone @liggerz87