I tested a Band 1 for Try the Tech, and found it a little uncomfortable.

When the Microsoft Band 2 was released, I thought long and hard before buying - I haven't worn a watch for 3 years now.  The idea of a dedicated golf watch that did very little else but that and tell the time seemed a waste.

The Band 2 is very comfortable to wear whilst out and about.  It a sod to wear while writing this review - just too thick.  At a golf match last weekend, a fellow competitor asked me what it was that I was wearing, tried it on and was amazed by how comforatble it was.

You cannot get away from the thickness of the band, but it now curves to your wrist rather than the band 1  which had flat sections. 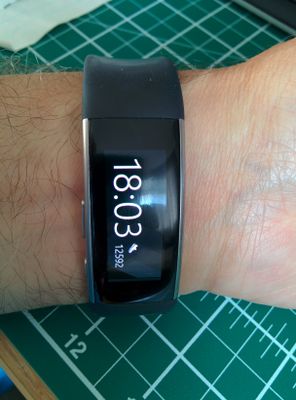 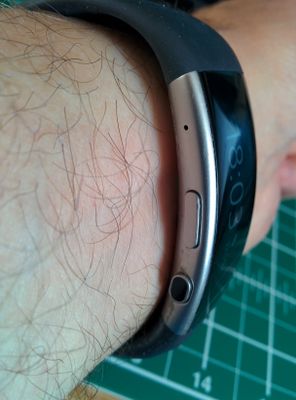 You can hopefully see from tehse photos how after 10 months, there is a little wear on the rubber of the band.  Also quite a bit of suncream gets onto it when playing golf!  Even in the UK. 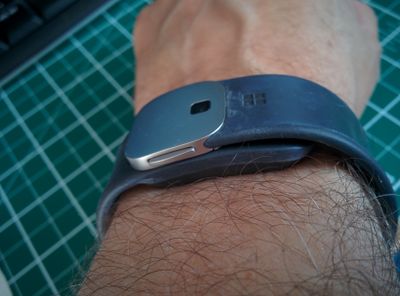 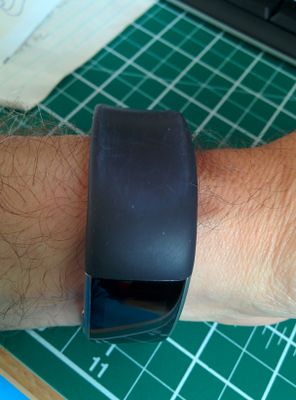 The software is much the same.  The sensors are much the same except that a UV sensor has been added - though it cannot be accessed whilst using the golf app!

Pretty much everything is the same as my previous review of the Band 1, which you can read up on to see screen shots.  The screens look the same.

SO what is better?

3. The walk app.  Though I am not sure how useful it actually is. It is a tracker rather than a leader, but then I've not tried hard to use it more.

1. THE SCREEN IS NOT VERY BRIGHT.

2. The battery life is a day or maybe a day and a half when used for golf or run or walk tracking.

How is it for golf?

Would I recommend you spend hard earned money on it?

I do also use the text notifications, twitter notifications and advice of incoming phone calls by checking the band to see whether to get my phone out.  I have even typed replies to texts on the band!

When wearing the band and paired to my phone, I can set the phone to "smart lock" which means it only needs a swipe to open. It works on bluetooth proximity, so were I to drop the phone or leave it behind, teh phone would go back to needing a code to unlock it.

Nice review @Fellwalker. Shame the update was more of a step backward but hopefully the gps problem will be addressed on the next update.

@jonsie I hope so. I've added it to the Windows 10 feedback, and voted for other similar threads!

@Fellwalker, a fantastic review. Glad to hear its more comfortable than the one.

The bad and the good continues:

The strap split open - it is hollow 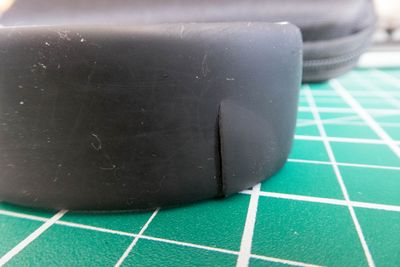 I filled in the form on the Microsoft web site and put in that it had been damaged - they wanted £150.

I rang Microsoft, who said 'Ah, that option is for damage you have created.  This is covered.'  I had to send it off (pre-paid label) and they sent me a brand new band.

It is now officially winter according to my golf club.  That means one hole is taken out of use, and a spare hole in a different part of the course is added.  So all of the hole numbers in the middle of the course change.

Despite asking TaylorMade (who supply the app for the band) 13 months ago to add the winter course, they have not.  So over winter, the band is nowhere near as useful.

Sadly, I am finding that changes made to the band firmware designed to save battery life have resulted in it now taking an appreciable time to get a distance to the green.  Whenever I want to know, I have to press a button, and a status bar appears and shrinks as it gets a GPS lock, before showing Front / Middle / Back distances.  The problem is, that first lock is often not so good on a tree lined course, and a second press gets a more accurate distance. BUT it takes time.  And golf is slow enough due to players emulating the professionals routines and 5 hour rounds (or more).

So at present I am trying to decide whether to sell it and rely on a smartphone app. I have finally found one that is legal - the one I had used (and paid for) before the band "updated and improved" their app by adding the elevation difference to the green on the main screen, making it illegal for competition use, but they don't care, they won't fix it. Most of the apps in the Android store have something illegal in them - whether it be elevation, slope of green, details of what club would suit the distance...

For the time being, the watch is back in its box, and I am just using the phone app.

Microsoft has removed the band from their store, so it can only be bought from retailers or second hand.  It would appear that they are not going to introduce a Band 3 any time soon, if at all.  They wanted it to run Windows 10, but couldn't get it to do so .

The band is still great for step counting, running tracking (I don't run, but do use it for walking), notifications - texts, emails, twitter, etc. , sleep tracking, heartbeat tracking and more.  But I wanted it primarily for the golf...

Thats a real disappointment @Fellwalker...so really for your personal use the band is no longer fit for purpose?

Sorry it is now not much use to you now, maybe selling it is your best option. Frustrating given that it cannot do the job you bought it for

One of the worse things is to invest in something like this which then gets dropped from updates/support.

Have you looked at any of the Garmin devies?

Quick google brings up two interesting lists of trackers that have various amounts of detail on them:

Should add - I have never golfed in my life, so no experience with any of these!!

0 Kudos
by Fellwalker
Options
@gmarkj thanks for those links, they're new to me. I've seen a few comparisons on tech sites and running sites. Golf. Sites only ever focus on the golf and not the other features.
@Cleoriff thanks. Both the band (GPS saver) and the app (unwanted feature) have disappointed. Neither are fit for my purpose any more.
@jonsie yep, it's on Gumtree and will soon go on ebay or even Facebook if I can work that out (and trust them not to fill my timeline with watches).
0 Kudos
by Toby
Options

Sorry to hear its not shaping up long-term @Fellwalker. Do let us know when/if you find a good alternative.