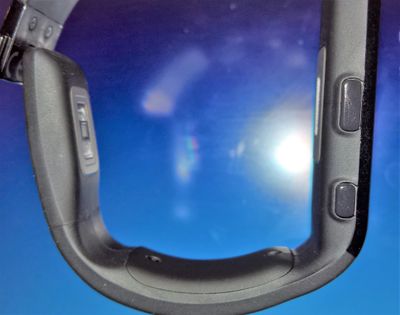 So, let’s make something clear from the get go. I am not a big fitness guru, in fact I am more roll than pole, but I do like to track my activities along with calories in and out. Disclaimer: I only used the band with windows mobile.

Well, the band is not unattractive but won’t win any beauty awards.  Don’t get me wrong, this isn’t a bad thing. The design of the band makes me believe it should only be worn face down (see photo). The band is pretty thick, especially at the top and bottom.  This is where the charging port and heart rate sensors are located.  In the box you get a charger, quick start guide and of course the band. 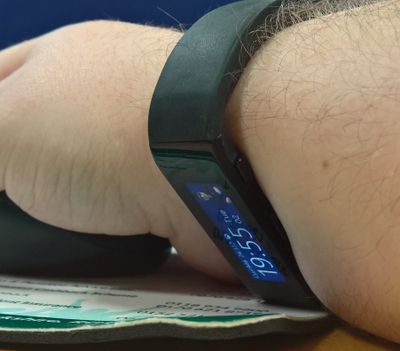 As I said before, due to the design I believe the band should be worn face down.  Trying to wear the band face up not only makes it difficult to use, but also makes it uncomfortable.  Now the band is marketed as an all day and all night tracker, with smartwatch capabilities.  Although this is true, wearing the band to work became somewhat troublesome.  For example, using the band on my right arm interfered with using a mouse, and interfered with using a keyboard on my left (see photos).  Also due to its thickness, it made wearing a long-sleeved shirt awkward.

The band is surprisingly useful in this area, which makes its awkwardness to wear even more prominent.  The band has a watch mode feature, which basically keeps the display active (in low power mode) to display the time.  Using this does decrease the battery life of the band, but more on this later.  The band will notify you of incoming calls, texts and other notifications.  Depending on your preferences, you can have notifications come to an app specific tile or into the general notifications tile.  For example, using the messaging app will allow you to read and reply to messages.  You can use predefined replies, the built in keyboard or by using Cortana voice support.  The onscreen keyboard is useful and very accurate despite its size.  The Cortana support is less accurate, but none the less useful.  There appears to be a number of standalone apps that can be used with the band, including a few games. 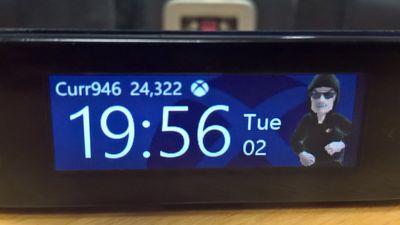 The band may not at first glance have much customisation options, however don’t be fooled.  The band can be heavily personalised using third party apps from the app store.  (See disclaimer).  I have set this one up using an app called GamerBand, this basically downloaded my xbox avatar to the band.  Another good app for customisation is PimpMyBand.  This app doesn’t just allow you to pick your own background, but allows you to create custom themes and quickly switch between them.

So here is where I have mixed feelings.  There are some cool features here, for example it can track your run via GPS and show you a map online.  It will tell you your peak and average heart rate and the calories burnt during said run (this could also be a walk, jog, bike ride etc).  But it doesn’t natively compare this with the calories consumed, or other activities you wouldn’t wear the band for, such as swimming.  Now, this is not the bands fault here, it’s down to the Microsoft Health app for not having these additional features.  You have to visit the Microsoft health website to log what you’ve eaten and so on, but it still doesn’t provide total calories in vs calories out, for this this you need to use third party apps that link up with the heath app.

Coming from the Fitbit app, this feels a bit backwards to me.  However, the Microsoft health website does have a vast amount of information and functionality, well beyond the needs of someone like me.  You can log cholesterol, blood sugars, medical conditions and much more.  You can dive into the band at any time to check on your steps, calories burnt and heart rate.  However, I’ve noticed that the heart rate tracker takes a while to read and is always a little off compared to my FitBit.  But, while working out these seems to come more in line with each other.  I can’t say which one is at fault here. 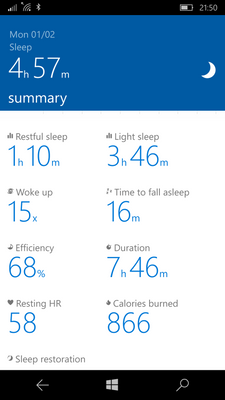 Well, to be honest there is not a great deal to talk about regarding this feature. It does what it says on the tin.  When you get into bed, dive into the menu and put the band into sleep mode.  It will wish you goodnight and off to sleep you go.  During the night it will monitor your heart rate and movements to determine the quality of your sleep (see photos).  It’s a good feature but not exactly a unique selling point.  For the most part, this functioned well.  You can set silent alarms to vibrate on your wrist in the mornings which also worked well.  If you forgot to pop it into sleep mode, it still records sleep based on lack of movement and low heart rate.  Discovered this by accident, and great if you’re big into sleep tracking.

The band, or rather the health app will allow you download golf courses and track your score etc. I don’t do golf, so haven’t tested this feature.  But suspect would be useful if you’re into golf.  You can also download work out routines, such as aerobics etc.  The band will prompt you to keep pace, take breaks etc. Again, not being a massive fitness guru I tested a few for review purposes but personally didn’t find much use for this. 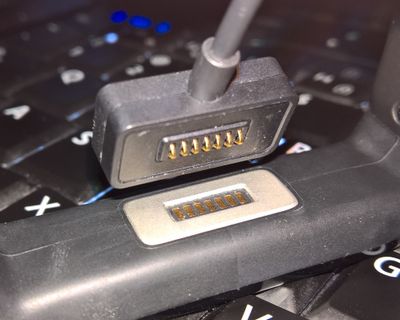 So with watch mode enabled you’re going to charge every other day.  But this will vary depending on how often you use GPS tracking.  I killed the battery one evening after only a 2-hour bike ride, but it had been on watch mode during the day.  You will get about 3 to 4 days with watch mode off, but again this will depend of what features your using and how often you used the GPS tracking.  The charger connection is magnetic and works either way round.

I really wanted to love the band, and not just because it was made by Microsoft, but because it seemed like a good middle ground between a fitness band and a smartwatch.  I found the band worked great as a smartwatch, but wasn’t practical to ware around the office thus defeating the point. If you push past this, your going cause a considerable amount of ware on the screen by bumping and rubbing against your desk.  The tracking features are great, but not any better than the alternatives out there.  The companion mobile health app is lacking and seriously lets the side down when compared to the FitBit’s offering.  However, the MS health website really does go beyond what the average user would need, making this a serious contender for athletes and the like.

Well, this depends on what you’re looking for.  If you’re really into fitness but also want some smartwatch features, then yes.  Especially given you can now pick one up for 50 round pounds from the Microsoft store.  For me, I still can’t make up my mind.  There are two things letting the band down for me, the mobile health app and the thickness.  If I were to purchase one, I would want to replace my watch with it, and I don’t think it's there yet.  The price reduction certainly helps persuade me to pick one up. 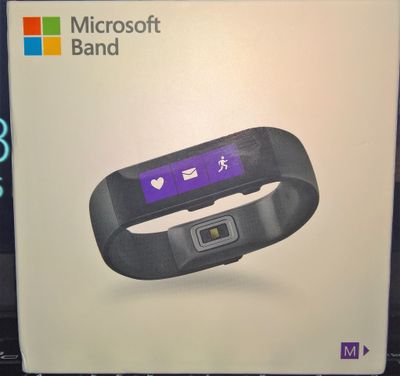 And the saga of the Band ends now that Microsoft announced retirement of all the infrastructure that was used to support them...