Welcome to the fifth in the series of Challenges.

Below is an alphabetical list of weather-related words which appear in officially released Beatles songs.

The Challenge is to find which word appears in which song, or songs.

Some words appear in more than one song. In these cases, the number of songs in which the word appears is shown in [x].

Some songs contain more than one of the words on the list. In these cases, you need to find each word and post each answer in a separate post.

Note: you are not looking for other weather-related words which may be in the lyrics of Beatles` songs but those in the list. Should you find any of the words in songs not on my list, as in the previous Challenges, I will re-check my sources and give my verdict with an explanation as to my decision

You may submit one answer for one word in one song per post - not two or more songs where the same word appears - and can only post one answer per day.

This Challenge will open at 11pm tonight [Sunday 28 April] when the first answers can be submitted up to 11pm tomorrow [Monday], when the first results will be announced.

On each subsequent day/night, answers can be submitted after midnight until 11pm.

There are 67 answers to find.

The weather-related words in this Challenge are: 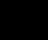 Leave your candy-colored cans in the toy chest and try a pair of proper headphones.
Message 3 of 222
837 Views
Share
Reply

Sorry I read the question wrong.
Leave your candy-colored cans in the toy chest and try a pair of proper headphones.
Message 4 of 222
822 Views
Share
Reply

I shall take notice of this thread with interest

However, I shall not be taking part because I know nothing much about Beatles lyrics ... & ... as said earlier only 1 lp with no record player

Good Luck to All Participants

The WEATHER IN LYRICS CHALLENGE opens in 25 minutes.

Please do not post before 11pm, when you can post one answer - one word from the list and one Beatles` song in which it is in the lyrics - but please note the rules.

Good luck everyone and have fun.

Dew = Till There Was You.

Windy - The Long and Winding Road
I have no affiliation whatsoever with O2 or any subsidiary companies. Comments posted are entirely of my own opinion. This is not Customer Service so we are unable to help with account specific issues.