A little early to start this thread, although the new judge to replace Darcey Bussell has been announced

Mabuse, 38, said she was "absolutely overjoyed" to be joining the panel and hoped to "add her own bit of sparkle". 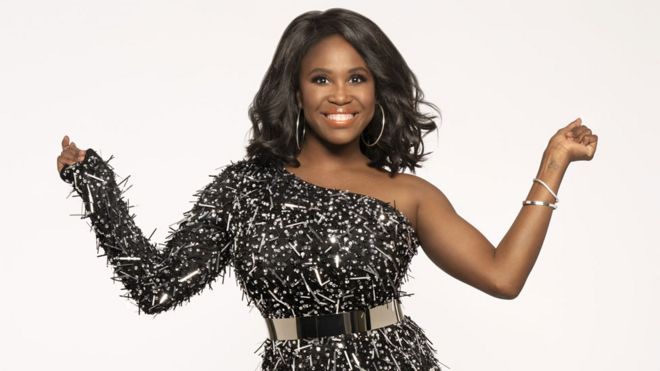 I don't doubt her credentials at all but can't help wondering how this will work as Oti is still appearing on the show?

Well lads...you will have TWO Mabusi's to feast your eyes on now

I hope she's as impeccably adorned...

Rumour has it that the first three contestants for SCD will be announced on the One Show tomorrow night.

Rumour has it that the first three contestants for SCD will be announced on the One Show tomorrow night.

I thought so but it was posted on the FB SCD site. So wait and see scenario?

Nothing on the BBC SCD site, so maybe just a rumour....

Well let's see what happens but I suspect a rumour as it's only the end of July and they don't normally announce this early.

Not so much a rumour now @Glory1

Iain Lee who was on Good Morning Britain, has let the cat out of the bag. He said "Apparently they are are announcing the first three contestants on the One Show tonight..they are Anneka Rice, Sam Allardyce and Jamie Laing"

By the way I have just checked last years thread. They started announcing them on the 13th August.

Hang on a minute, Sam Allardyce wasn't linked to the vacant judges position and is going to be a contestant?

Hang on a minute, Sam Allardyce wasn't linked to the vacant judges position and is going to be a contestant?

This is true @sheepdog  (allegedly)