There are some interesting movies coming out in September! Before we go over some of the highlights did anyone get to the cinema last month and see any of the films we discussed? 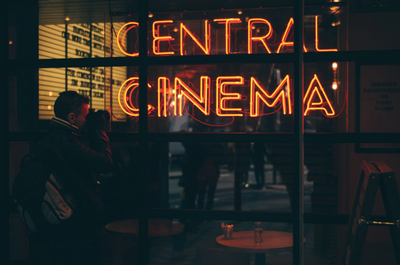 It Chapter 2 is out in cinemas now, the second part of the remake of the classic horror 2 parter based on the Stephen King book looks great and has some fantastic reviews. I still need to catch the first part so I'll be able to watch them in quick succession.

Next up is Running with the Devil, staring Nicolas Cage and Laurence Fishburne who are sent to investigate who's behind the hijacking of cocaine shipments of a international crime organisation.

For sci fi fans Ad Astra will be the highlight of the month! With an unknown threat looming over the solar system an astronaut must track down his missing farther and unravel a mystery to save the planet.

We have yet another Rambo movie called Rambo: Last Blood which sees Stallone revisit his violent past on a revenge mission.

Hotel Mumbai is the true story of the awful terror attacks on the Taj Hotel in 2008. For something a lot more light hearted the Downton Abbey movie is out in September! Following the Crawley family as the queen arrives at the Downton Abbey estate.

Are you interested in any of the above movies? Is there anything else out in September that you're excited to see? Let us know in the comments below!

Hobbs and shaw was what you would expect from the trailer and cast. It was entertaining enough but don't think it will win any oscars or tax too much of the grey stuff...
Ad astra looks intriguing. Think there will be more going on than we see in the trailers.
It chapter 2 also looks good, but need to see the first part!
Think we might be going to see angel has fallen next week so will post a mini review after.

I’m looking forward to seeing It Chapter 2. I really enjoyed the first part.

@gmarkj all those Fast and Furious movies are in the same vein but enjoyable non the less! I'm going to see Ad Astra next week so I'll let you know what I think if you haven't seen it by then.

Would love to read your review of Angel Has Fallen! I really liked the first 2 movies.

You'll have to let us know what you think of part 2 @AnnieM! I'm going to try to catch part one next week so I can watch part 2 at the cinema.

As I loved Downton Abbey, I can't wait for the film. As my other half can't stand it, I expect I will be waiting for the DVD

Same for IT Chapter 2....I loved the first one (in fact anything by Stephen King)

Current tech used:
Samsung A40 on giffgaff, Core i7 9700F PC with Win 10 Pro. Apple Mac Mini late 2014 with Core i5 running 10.15
Home Internet Connection: Zen Internet Fibre To The Premises Full Fibre 2 76 Mbps Down/18 Mbps up (upgraded for homeworking),
I don't work for O2 but have an interest in networks (including mobile) and IT (which is how I earn my living)

Probably aged as much as Stallone. I'll await the reviews before spendng money to see Rambo.

Never been the slightest bit interested in Rambo. The age Stallone is now, I think it's been done to death....