Our 12th spotlight already, isn't that going fast? We've had some really great ones so far and this week will definitely not disappoint.

Pengipete has been a member since June of this year and has recently become a lot more active. He's been helping out loads of new members, while also having fun in off-topic and contributing to several discussions on the discussion boards.

He's a truly facinating guy and although I've made the regular spotlight summary for you, you can read his full story under the spoiler tag, below the image. So, without any further ado, here's pengipete, this weeks spotlighted member: 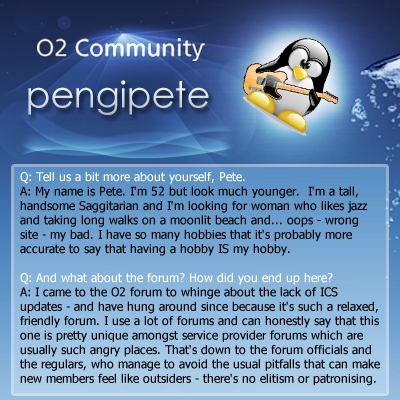 My name is Pete. I'm 52 but look much younger. I'm a tall, handsome Saggitarian and I'm looking for woman who likes jazz and taking long walks on a moonlit beach and... oops - wrong site - my bad.

I'm a complete freak when it comes to learning something new every day. If someone asked me if I think I know everything, my answer would be "not yet".

I'm a big believer that anyone can learn to do anything - if they want to and are driven to put the time into it. I'm also a big believer that anyone who does try should be encouraged and supported all the way - whether they want to learn to read aged 50 or just find out how to get more out of their new phone. For me, the brain is like a muscle - it needs a minimum amount of exerise just to function properly but with a bit more effort it can develop into something stronger.

I have so many hobbies that it's probably more accurate to say that having a hobby IS my hobby. It's quite normal for me to be playing guitar whilst reading a book, editing some photos and typing on at least two forums on different subjects - with the TV on in the background. (note to self - must get a life)

I'm part geek and part "bloke" - a "Gloke" or "Beek" - not sure which sounds worse. I'm as happy dismantling a computer as I am standing in a pub playing guitar and singing to an audience (though it's been a while since I've done the latter). A friend once introduced me to someone as "a shy extrovert" - which just about covers it.

I've been mucking around with computers for a while - got my first qualification in 1975 using computers that took up a whole room that looked like the bridge of the startship Enterprise - and had about as much processing power as a musical birthday card. I use PC's - but I'd far rather be using an Amiga - best computer and operating system ever in my book. Having grown up in the 1960's I'm still in awe of how far technology has moved on and it blows me away that we make everyday use of mobile phones and laptops - it's as if everything I ever dreamt of is coming true. Bit disappointed that we still haven't got the tinfoil suits and flying cars we were supposed to have by 1999 - but I'm hopeful.

I play a number of instruments - all self taught and none particularly well - but I'm getting better. Guitar is my passion - I own quite a few and they all get played. I'm am old rocker at heart so it's Quo, Sabbath, Purple etc that gets me going but I'm game for anything. I did play classical flute for a while and have a soft spot for orchestral music - can't stomach opera though. When I win the Euromillions, I'm going to have a recording stuio built so that young bands can record their demos for free - but it will be real instruments only and no-one who has ever watched X-Factor will be allowed past security.

I came to the O2 forum to whinge about the lack of ICS updates for the Sony Xperia phones - and have hung around since because it's such a relaxed, friendly forum. I use a lot of forums on all sorts of subjects and can honestly say that this one is pretty unique amongst service provider forums which are usually such angry places. That's down to the forum officials and the regulars who somehow manage to avoid the usual pitfalls that can make new members feel like outsiders - there's no elitism and no patronising.

On a personal note - my wife is called Minky - she's a beautiful red-head who is currently lying on the sofa with her legs in the air waiting for me to rub her belly. She's also seven years old and has four legs and a waggly tail. 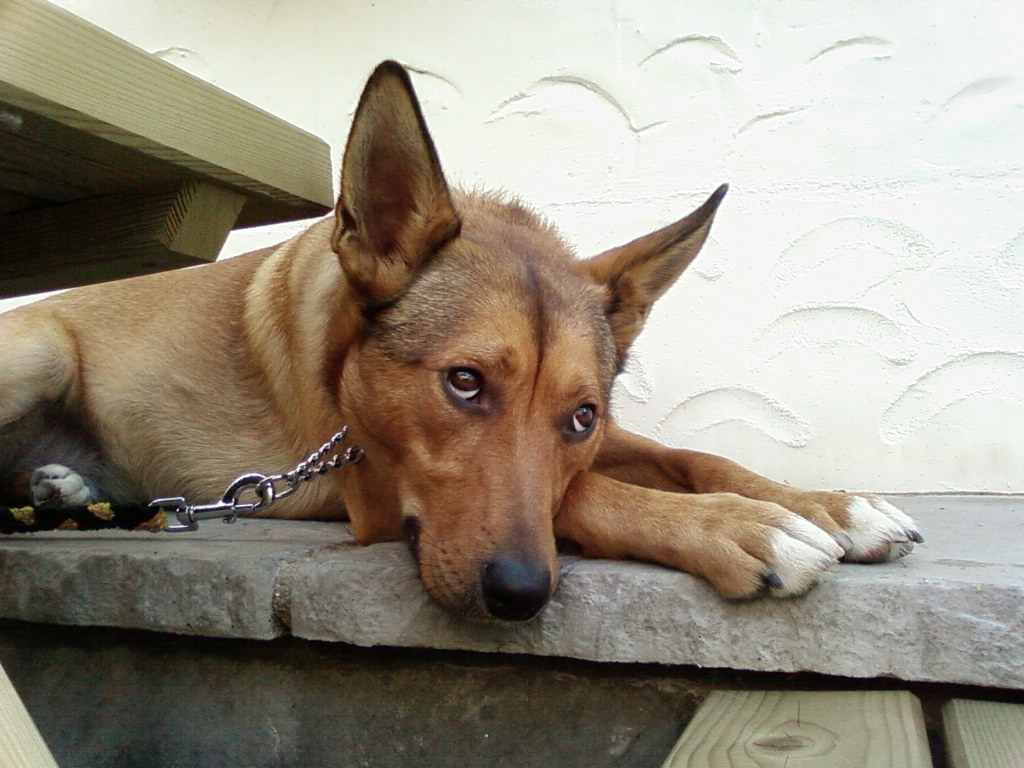 If you would like to suggest someone for the weekly spotlight, feel free to drop Toby or Leonard a PM.

Good to have you around, well done Pete

your wife is gorgeous

Glad to have you around.
Nothing sucks more than that moment during an argument when you realize you’re wrong. So Ive been told

Well done Pete, good to have you here!

We have a lovely group of spotlights now, long may it continue!
Fancy writing a great device review or O2 forum guide? Send me a message!

Yeah carry on with them. plenty helpful people here