Welcome to the seventh in the series of Challenges.

Below is a list of home-related words which appear in officially released Beatles songs.

The Challenge is to find the song, or songs, in which each word appears.

The Challenge is open to everyone - new members and long-time members.

Most people will know some of the Beatles` songs, so whether you have an extensive collection or not, why not come and join in. I`m sure that the other regular players will make you feel welcome.

Some words appear in more than one song. In such cases, the number of songs in which the word is in is shown in [x].

Some songs contain more than one of the words on the list. In these cases, you need to find each word and post each answer in a separate post.

Note: you are not looking for other home-related words which may be in the lyrics of Beatles` songs but to find the songs in which the words in the list appear.

Should you find any of the words in the list are in songs which are not on my list, as in the previous Challenges, I will re-check my sources and give my verdict with an explanation as to my decision.

Answers which are "live" recordings; in BBC sessions; Polydor records [My Bonny or Ain`t She Sweet];

bootlegs; unreleased tracks; or only in the Anthology series; or in Revolution 9, are not accepted.

You may submit one answer for one word in one song per post - not two or more songs where the same word appears - and can only post one answer per day.

Each entry should be submitted as  [home-related word] in [name of song it appears in].

This Challenge will open at 10pm tomorrow [Thursday 30 May] when you can submit your first answer up to 10pm Friday, when the first results will be announced.

On each subsequent day/night, answers can be submitted after 11pm up to 10pm the next day.

That's how I'd calculate it.

That's how I'd calculate it.

Oh, never mind the placings, what's the other track with the LOCK in?

Was only ever said by someone who didn't win

The answer is in I`ll Cry Instead

In the published lyrics, the third verse reads "I`m gonna lock myself away".

My source is the recognised publication - The Beatles` Lyrics, published by Omnibus Pres in 1998, which have aslos published other books on The Beatles. In the acknowledgements and forward to the book, it states that the lyrics have been published with permission of Northern Songs [the Lennon-McCartney publishing company] so it is extremely doubtful that permission would be given to a published who published the wrong lyrics.

I realise that the players search for the answers by listening to the tracks and can therefore appreciate the difficulty in finding this answer. To explain, I need to give a little background to the recording and release of the track on A Hard Day`s Night Album. Various takes [recordings] were made of the song. For the UK album, George Martin took one take and ixed it, with the vocals in the third verse mixed further back. For the US album, a different take was used and mixed with the vocals further forward.

Knowing that the players listen to recordings, I listened to my copy - the original first edition mono mix of the UK album, with the vocal further back, and is "lock".

On the remixed take the vocals in the third verse are "hide".

It is possible - or even likely - that the version which players listened was a later mix of the different take with "hide" rather than "lock".

Please note: I have always used reputable sources in all of the Challenges - including the lyrics book mentioned, Alan Aldridge`s lyrics book, the books by renown Beatles experts Mark Lewisohn, and Steve Badman; the Beatles` endorsed Beatles` Monthly magazine [where the background to the title Ciggies, Sarnies and Songs came from].

It is worth noting that one lyrics website which gives the lyrics to I`ll Cry Instead as "hide" has a note stating that the lyrics had been corrected a number of times by fans.

Was only ever said by someone who didn't win

I have posted the results and have given the number of correct answers each played submitted during the Challenge.

I will leave it to the players to decide who, and how many, joint winners there are.

Clearly 4 joint winners as one answer was already given.
I have no affiliation whatsoever with O2 or any subsidiary companies. Comments posted are entirely of my own opinion. This is not Customer Service so we are unable to help with account specific issues.

I have posted the results and have given the number of correct answers each played submitted during the Challenge.

I will leave it to the players to decide who, and how many, joint winners there are.

Thanks, @Mi-Amigo - a Challenge fit to challenge the best, and now it leaves us needing a rest.

Great, and at times hard, work - even if the spelling of lock in later versions of that song is HIDE

Pretty obscure for the LOCK answer, @Mi-Amigo. As for the results....

I think it's a good thing that we're putting this to bed for a while. Thought I'd add this to finish things off. 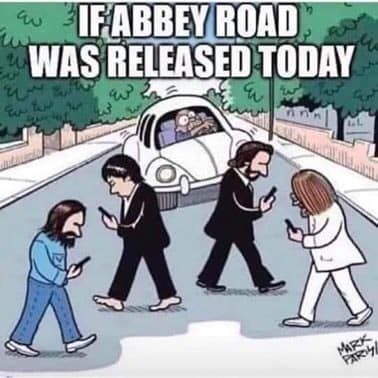