Some of you will know that our Jonsie/Steve  (one of the longest serving members of this forum and friend to many) .....was involved in a serious car accident in Thailand on Monday 20th February. He suffered head, chest and leg injuries and was being nursed on a ventilator

Due to the instability of his condition and the fact we weren't sure of the prognosis. I didn't post openly.. even though I had 'written' permission from the family.

Instead I contacted a lot of people via private message and other routes. It was agreed by myself and O2 management that I could post when Jonsie's condition started to improve.

Thankfully that day has arrived.

Steve has two sons who travelled to Thailand to be with their dad this weekend. I have received messages (and a picture) showing that he is now off the ventilator, sitting up in bed and managing Jonsie type conversations with his lads. (In between sleeping a lot which will be due to the pain relief he is receiving)

If anyone wants to add good wishes please do so on this thread. (Even if you have sent them to me privately before) I will get them to Steve

As a nurse, I firmly believe in medicine and science. Due to the recovery Steve has made since his sons arrival at his bedside ...I also believe in the power of love.

Great to hear that your condition is improving Steve.
Hurry up and get fully fit soon please.
We miss you!
I have no affiliation whatsoever with O2 or any subsidiary companies. Comments posted are entirely of my own opinion. This is not Customer Service so we are unable to help with account specific issues.

Excellent news on the improvements he's having and thank God his lads were able to get over there.
Can only repeat the wishes that we've passed on to him through his lads and say get well soon Steve, and thinking of you.

So glad to hear that @jonsie is improving. Such a hearbreaking time for him and the family. Here's to your continued improvement Steve . 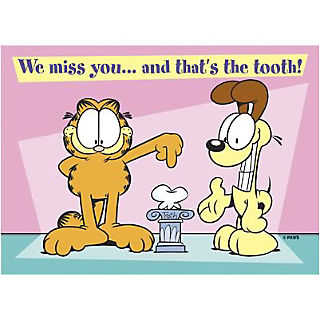 Ahhh so thankful he's on the mend, that's right Steve you had us worried there for a while. I'm sure having your lads with you will be a massive boost mate, you carry on getting better, that's an order 😉

OMG so so sorry to hear about @jonsie's accident and injuries. Very pleased to hear he is on the mend.

My love and good wishes @jonsie.and hoping for your full recovery. You've been very kind to me in my short time in the Community for which I'm very grateful. I miss your lively chat and look forward to your return.
Lover of all things Samsung. Currently using Samsung Galaxy S10 Plus 128gb

That's the best news I've had all day. Thanks for posting @Cleoriff. Get well soon Steve. Hope your recovery is quick. We really miss you.