Now the highest paid driver in F1... Best of luck to him. He must be worth that to Mercedes.

It seems Mercedes are getting a bit fed up ...

I love the banter between the teams pre-season...

I think Mercedes are teasing us with the new livery.

I hope this is just for testing though. Looks like a pair of 70's curtains 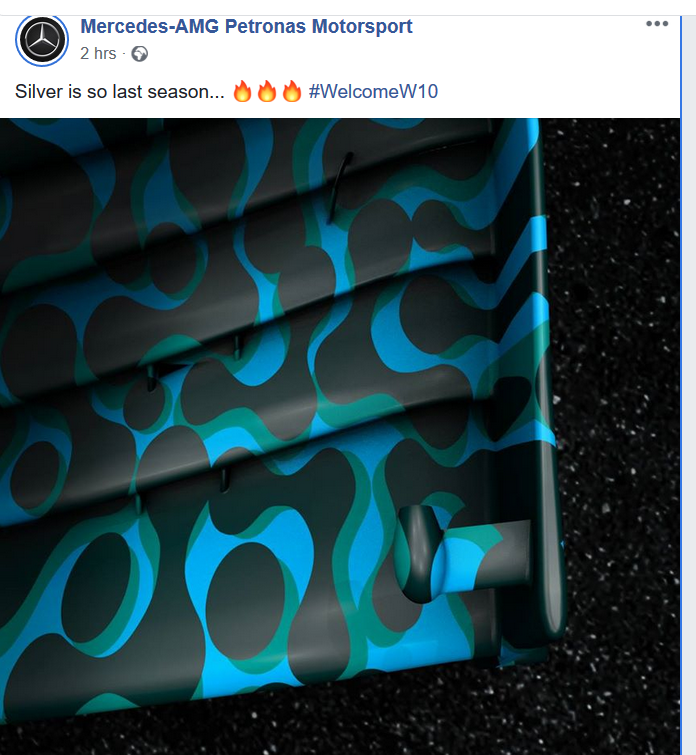 camouflaged so they don't see him coming.....?

All teams did this last year...put out teasers re their livery. Red Bull's pre-testing livery was great.

Then they  reverted to the one they used all season.

Launch and testing dates for all

I think it's boring. Not enough gold. It reminds me of the old Lotus JPS livery?

So today Williams and Toro Rosso revealed their cars for 2019

Here's the one I've been waiting for.... The magnificent Mercedes W10...